Saskatchewan’s Kendra Farmer and Toronto’s Emmett Bravakis are the U SPORTS track and field athletes of the week for the period ending January 15, 2023. 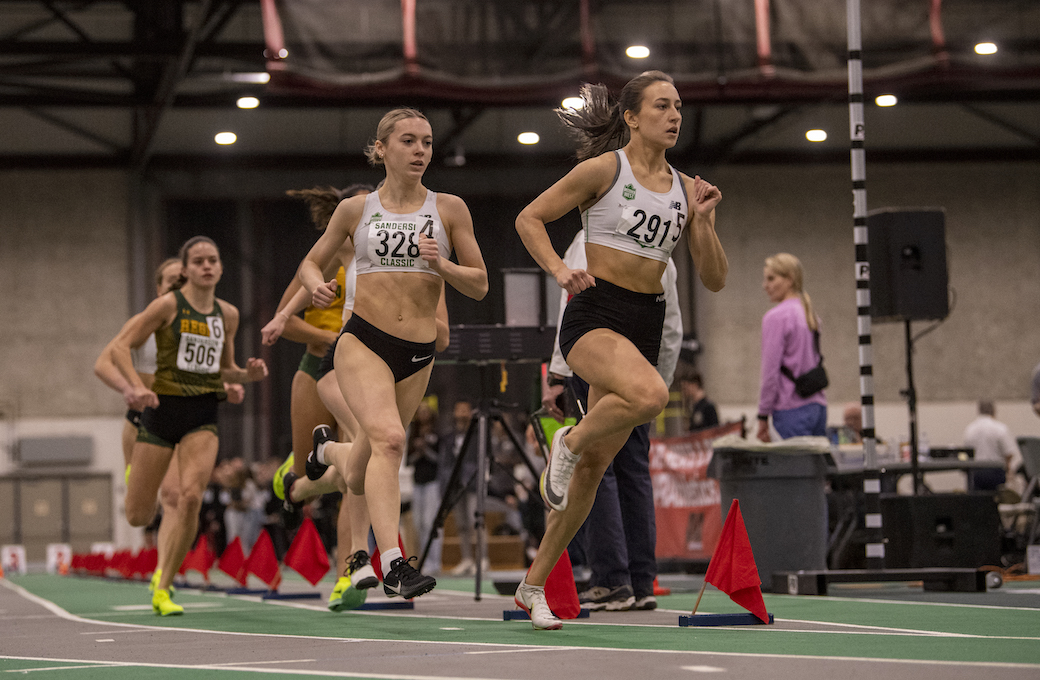 Kendra Farmer continued to build on her successful Canada West career with dominant performances at the annual Sanderson Classic over the weekend. The fifth-year engineering student captured gold and the U SPORTS auto qualifying standard over 300 meters in a time of 38.80 seconds. Farmer also took home the silver in the 600-metre race in a time of 1:33.80.

On Friday, her Huskies earned the U SPORTS auto qualifying standards in the women's 4x200m. The squad now sits first in the country by just under four seconds.

Third-year sprinter Emmett Bravakis reached the podium three times at the 40th annual Can Am Classic in Windsor, Ont., this weekend.

A computer engineering major from Kingston, Ont., Bravakis also helped U of T to a third-place finish in the 4x400 relay.

Defending champions back at No. 1