When Jennifer Oakes pushed off the shores of Lake Newell, in southern Alberta two and half years ago, the calm waters were no sign of the tragedy that was about to follow.

Yet, all of these accomplishments she’s done smiling and happy, and standing on one leg.

Oakes lost her leg in a boating accident in the summer of 2015. While boating with her friends in Lake Newell, near Brooks, Alta., the Calgary native fell overboard and with the speed of the boat, the prop struck her right leg. The damage was so severe that later that day, her leg was amputated.

Just a month after her accident, a member of Canada’s sitting volleyball team reached out to Oakes. They talked about life, sport and Oakes’ journey over the previous month. From there, her curiosity for sitting volleyball grew and as the summer came to an end, Oakes found herself training with the national team in preparation for the Rio 2016 Olympic Games, where she ended up representing her country.

“It is easy to overlook the fact that she is actually new to the sitting game,” says Nicole Ban, the head coach of Canada’s national sitting team and an assistant with the MacEwan Griffins women’s varsity squad.

With more touches and international experience she has the potential to continue to emerge as one on the top in the world in her position.

“I definitely have gotten a lot of opportunities and I think I’ve done a really good job of utilizing them,” adds Oakes. “Being a part of the sitting team and the opportunities that it provides is definitely the greatest thing that could have come out of my accident.”

The duo have shared many memories and Oakes credits Ban as someone that has helped her immensely over the last two years with everything that she has been through.

Oakes also has become an inspiration for standing volleyball players. On the heels of the team’s recent No.1 ranking, the libero recently got into her first U SPORTS regular season action earlier this month, during a weekend home set against Winnipeg after redshirting her first season in 2016-17.  Oakes played a set in each match and registered her first career dig, helping the Heat to a pair of 3-0 and 3-1 victories over the Wesmen. 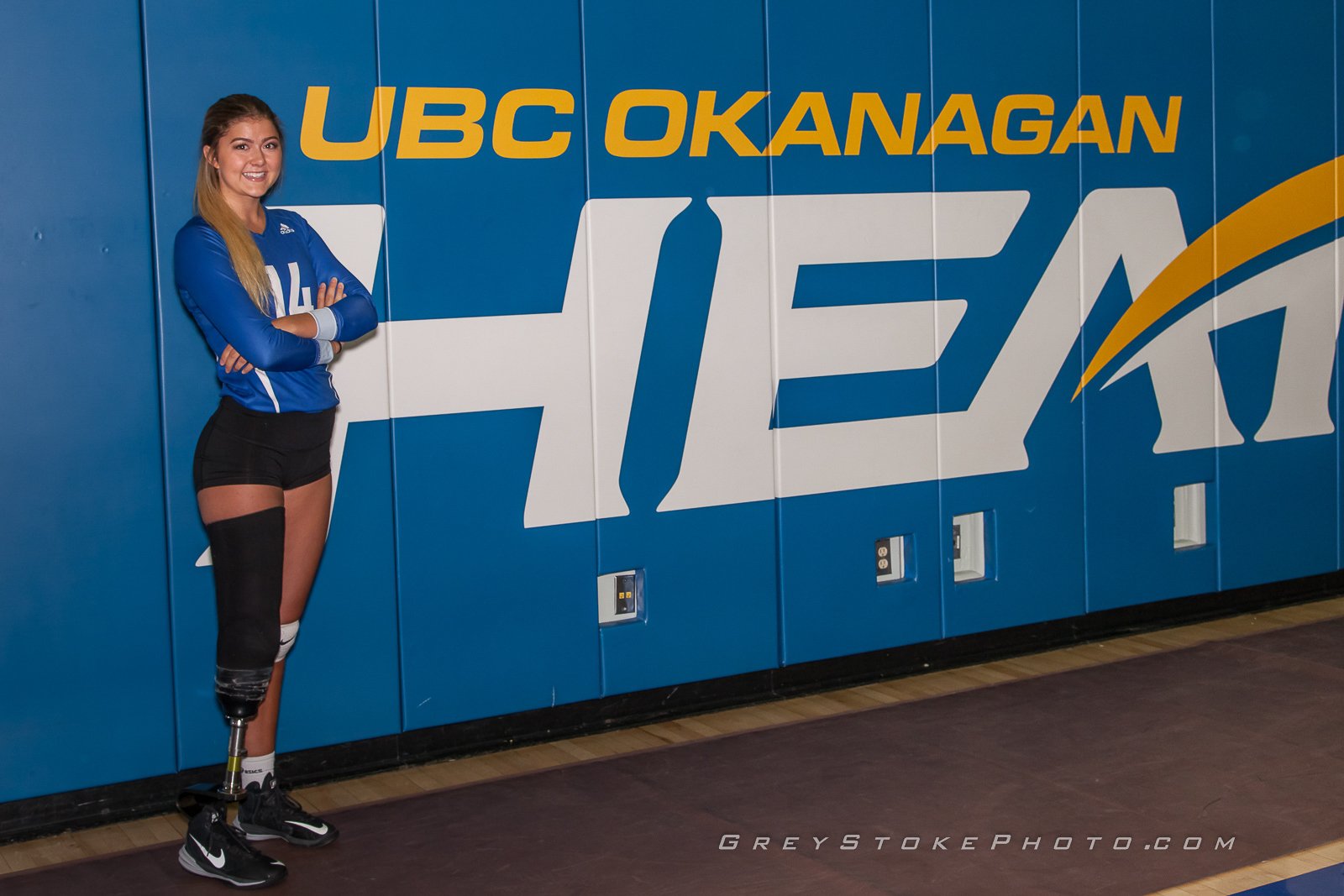 “Off (the) court, Jenn continues to break down barriers and show everyone that there is no limit to her abilities,” adds Ban. “She is a constant reminder that you are not defined by what has happened to you, or the circumstances you may find yourself in, but rather what you make of it. Jenn’s never-give-up-attitude has allowed her to overcome adversity and find success in all aspects of her life.”

With her success in both the sitting and standing game, Oakes has found herself sharing her story of perseverance.

“I don’t really like when people say that I inspire them, but I guess I do,” she says.

I think that’s really cool that I have kind of an outlet to reach out to people and get them to believe that they can do anything.

With her success in the standing and sitting variations of volleyball, Oakes points to a Rocky quote that has kept herself going, and one that she’s held close ever since her accident.

“The world ain’t all sunshine and rainbows,” states the famed boxer. “It is a very mean and nasty place. It will beat you to your knees and keep you there permanently if you let it. You, me or nobody is going to hit as hard as life. But it ain’t about how hard you’re hit, it is about how hard you can get hit and keep moving forward, how much can you take and keep moving forward. That’s how winning is done!”

Since her accident, life has been a rollercoaster, but at the end of the day, when she’s done her homework, she is a student first, an athlete second, and a survivor third. 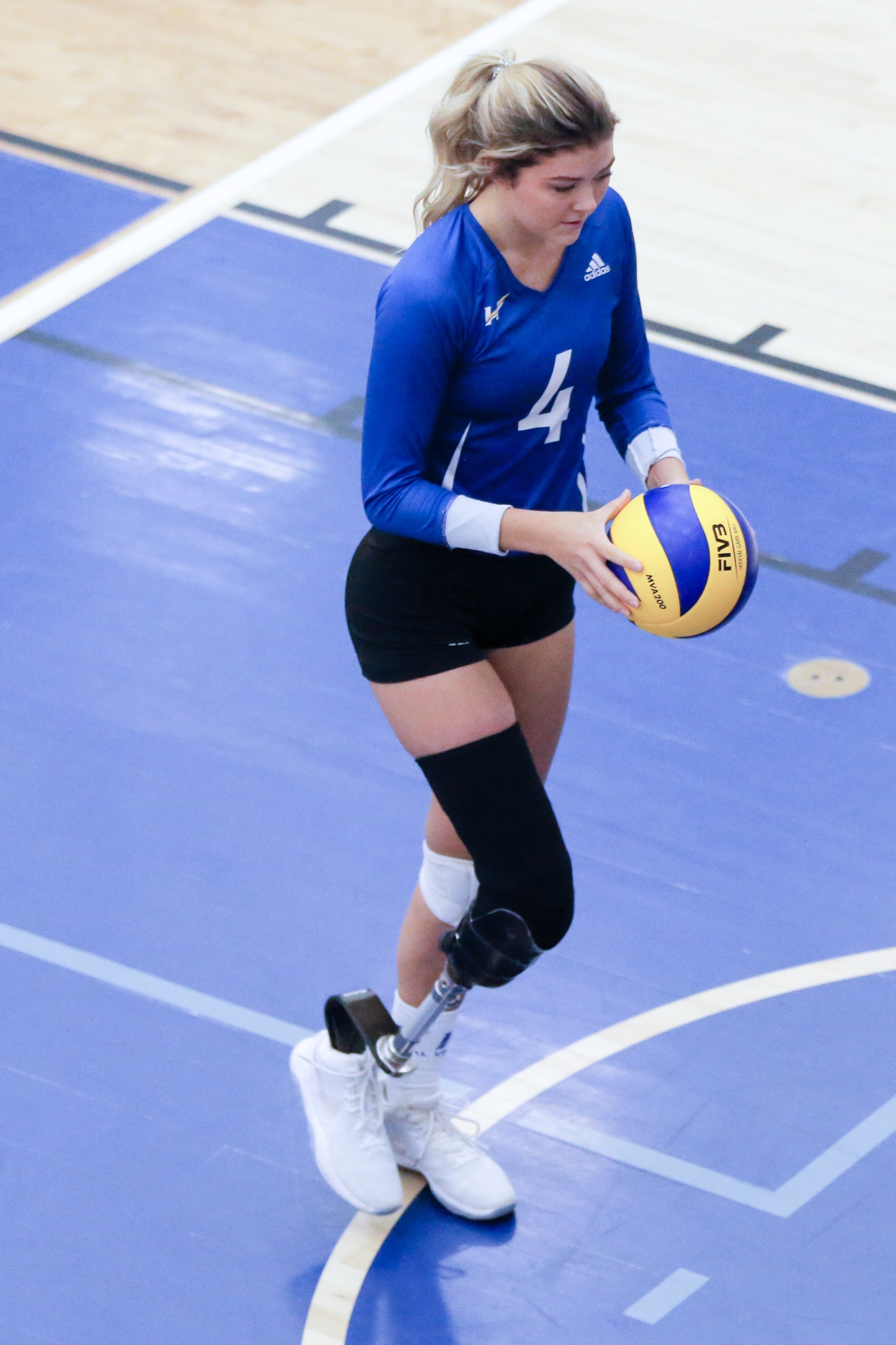 She has been beaten to her knees by life, but she is here today to show us what happens, when the waves calm and you stand up and fight.