There may not have been a medal on the line, but the Trinity Western Spartans and Toronto Varsity Blues showed they have lots of pride.

It was the third straight five-set match of the tournament for Trinity Western, and the battle-tested Spartans didn’t quit on Sunday to finish the national championship on a high note.

“You got the OUA champ and the Canada West champ and it was two great teams playing amazing volleyball to end the season for both groups,” said Spartans head coach Ryan Hofer.

“Each (five-set match) was a little unique. The first was two teams were battling so hard to get to that next round. The next one was two teams who didn’t want to be in that match, trying to find their heart, and this one was two (conference) champs, battling for pride to end the tournament on a win and a high.” 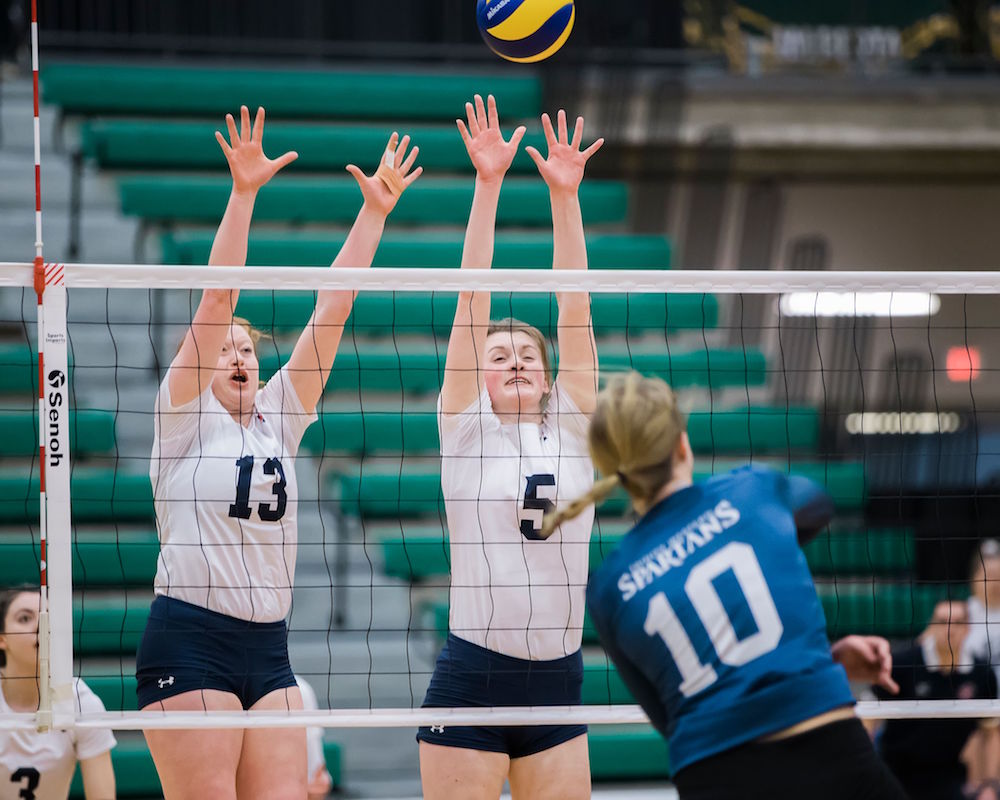 After earning a come-from-behind opening set 25-21 win, Toronto took control in the second and third sets and looked they may be in cruise control to wrap the match up.

The Varsity Blues continued to put pressure on Trinity Western, and held a 20-16 lead. The Spartans struggled immensely from the service line in the consolation final, but when they needed their fortunes to turn around, fourth-year setter Brie O’Reilly came up with her only two aces of the match to spark Trinity Western from another comeback set win.

“My mind went to ‘Is this set over? No it can’t be.’ The girls played with a lot of heart and passion,” said Hofer.

“The girls are tired, this is our third fifth-setter, and I told the girls, you can be tired after in the locker room and they inspired each other and played great volleyball.”

Howe put together another big performance for the Spartans, but they had several key contributors in the win. Sophomore middle Avery Heppell had 10 kills, fourth-year Kristin Anton had six kills, and freshman libero Emma Gamache earned Player of the Game honours with 22 digs.

“Kristin did an outstanding job for us. Playing her last game, she did a great job ripping balls for us with the volume she was given,” said Hofer.

“Avery was clutch today. She made so many important plays for us, and Emma Gamache, she did a wonderful job for us digging up a lot of balls for us. I’m excited to have her for the next four years.”

It was a tough end to the season for the Varsity Blues. The reigning OUA champions were making their first tournament appearance since winning their first national championship in the school’s history in 2016. They were upset by host Alberta in the tournament opener, and finished sixth this year.

“We played really well together, and towards the end of the season we got very connected as a team. It came together at the right time, but we just fell short in this tournament,” said third-year outside hitter Brianna Patrick. “It’s tough, but for us, we wanted to treat this as our gold medal match.