The Trinity Western Spartans had their hearts broken into a million pieces in their tournament opening loss to the UBC Thunderbirds.

But the Spartans pieced their hearts back together again and put forward a big comeback victory over the Montreal Carabins Saturday afternoon in the first consolation semifinal at the Saville Community Sports Centre. 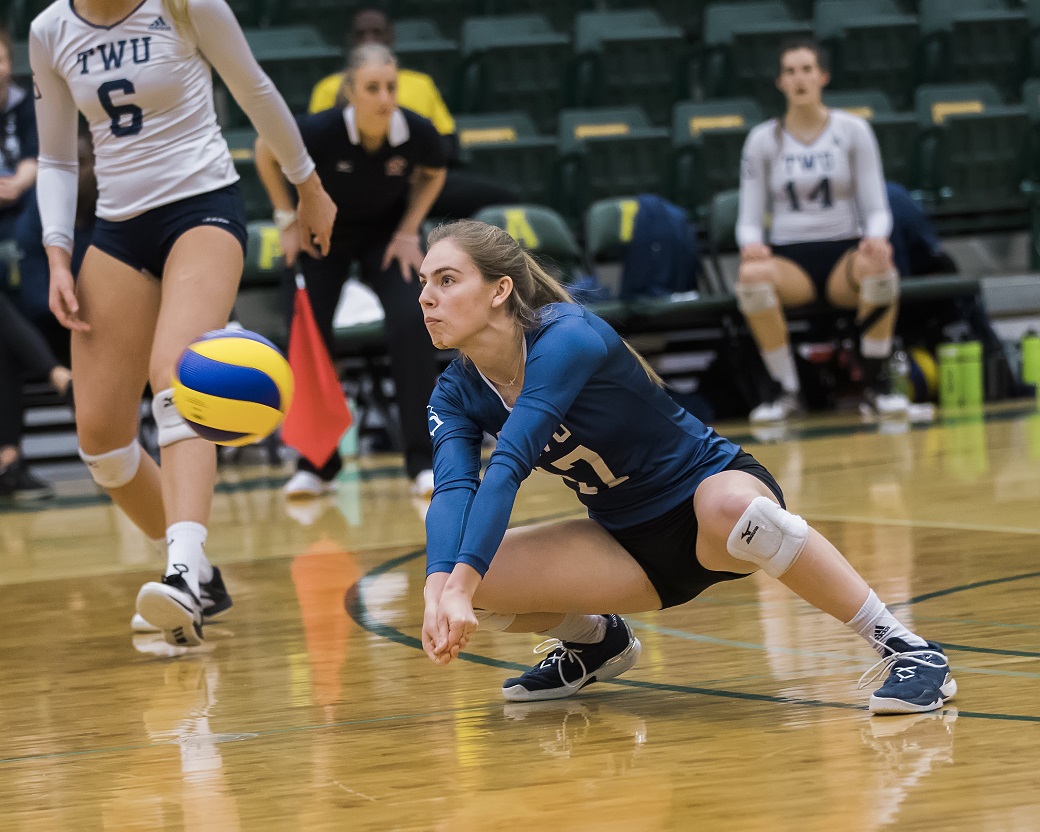 “It took us awhile to find it. We weren’t really ourselves for the first two sets. I think the loss was lingering,” admitted Spartans head coach Ryan Hofer. “There were parts of us who didn’t want to be here, but it’s like if we’re going to be here we’re going to play to our fullest ability and with open hearts and the girls went out and did it in those last sets.

“You work all year to go after that gold medal, just like the other seven teams who are here. The consolation bracket is a hard side to be on, but we want to finish out our season on a positive note.” 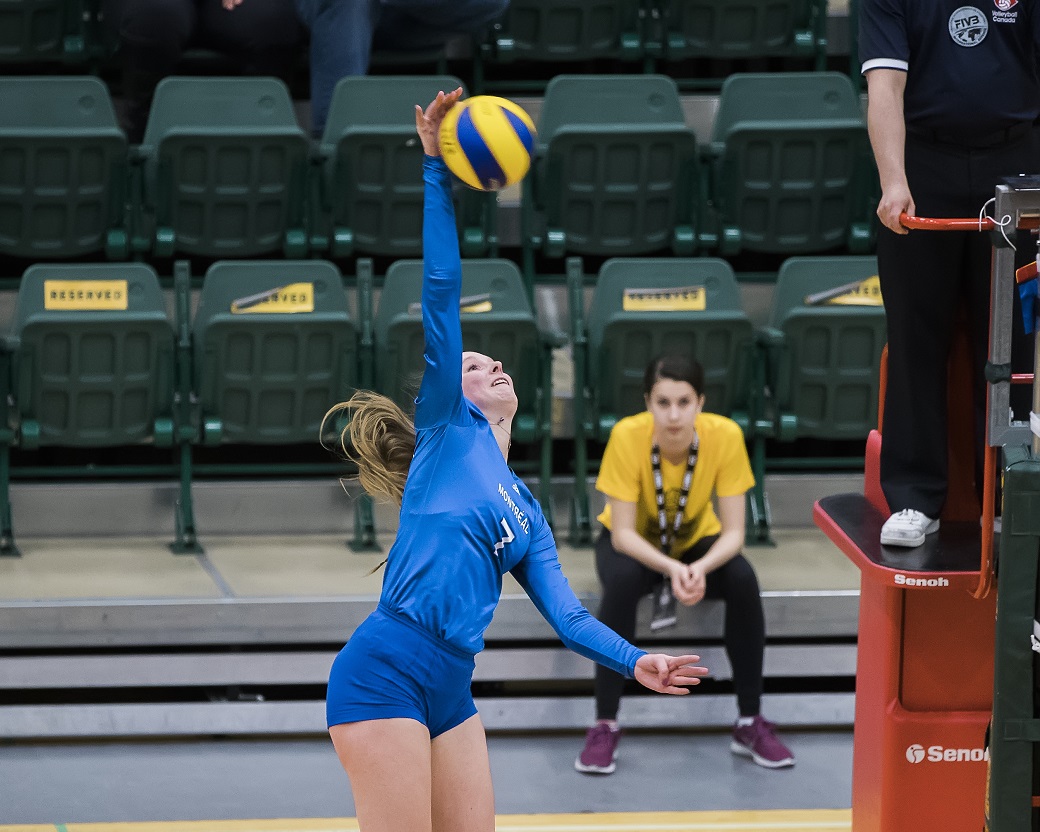 “We knew we needed a push and do something different in the third set,” said Hofer. “We chose to be positive and just not give up, no matter the outcome and to just keep chipping away. Don’t look past any rally and just focus on each point.”

The third-set win breathed life into the Spartans and the Carabins had virtually no answer the rest of the way.

They gave up just one lead, 18-17 in the fourth set, but quickly recovered to close out a close fourth set, and then dominated the fifth.

“We had the lead late in the third set, it was a moment we had to close it out, but they’re an experienced team and they got that confidence and started rolling,” said Carabins head coach Olivier Trudel. “We weren’t as confident in that fourth set, and in the fifth set, they had us on our heels. Hats off to Trinity Western. They’re a great team to battle with and they deserved the win today.”

The Carabins had all the momentum in the opening two sets. Babin led the way from the attack line, and senior setter Gabrielle Dubuc-Gaudreau was spreading the ball around nicely keeping Trinity Western guessing on who was going to be the main attacker.
But their inexperience showed in the late stages of match, and Trinity Western capitalized.

“I have a lot of young players and at this level, everyone can play well, but what changes where you have success or not success is consistency,” said Trudel. “We played really well, but we’re not consistent enough in this tournament. But I was proud of our team.”