Canada, which opened the tournament with straight sets victories over Mexico and Thailand, wraps up pool play with a 2-1 record and heads into the quarter-final round as the second seed in Group A.

They will take on Hungary (3-0), who finished atop Group C with wins over Chinese Taipei, the Czech Republic and Argentina, on Tuesday at 2 p.m. EDT / 11 a.m. PDT (8 p.m. local) at Palacoscioni in Nocera.

Anna Lazareva led the hard-hitting Russian squad with 29 points in the win, including 23 kills, four blocks and two aces.

“Once we adjusted to the angles they were hitting and force they were hitting with I think we adapted to their style pretty well,” said Canadian bench boss Laurie Eisler. “You can’t really prepare for that off of video. You have to play it so the first set was rough. I’m really happy with how our team responded and battled. Obviously it wasn’t enough today, but it’s really great preparation for us going into the next match.”

Alina Dormann of the University of Toronto and Hilary Howe of Trinity Western University totaled 13 and 14 points, respectively, for the Red and White.

“I think we played well at moments,” said Howe. “We watched a lot of video on them so we tried to execute on their weaknesses. They’re a really powerful team though so they beat us with power today.” 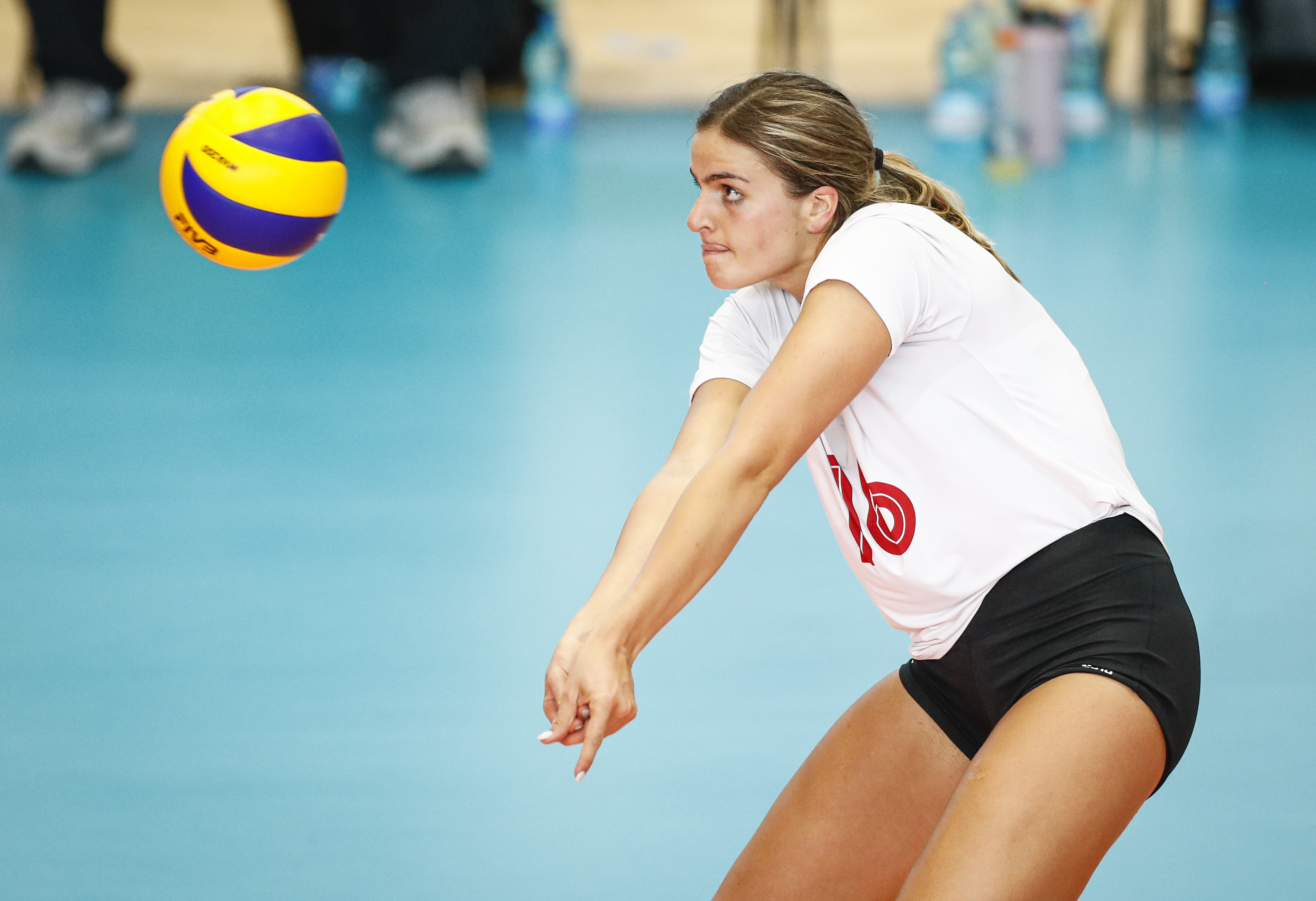 Russia got out to a 7-3 lead in the first set. Canada was able to cut the deficit in half at 10-8; however, Russia went on a 6-0 run from there and was up 16-8 at the technical timeout. Canada was unable to close the eight-point gap, dropping the first set 25-17.

Dormann, Caroline Livingston and Kelsey Veltman combined for six points as the Red and White got out to a 9-3 lead in the second set. Russia brought it back within two (11-9) but Canada went into the technical timeout on a 5-0 run, up 16-9. A couple of big blocks from Howe highlighted the remainder of the second set as Canada evened the match at 1-1, 25-19.

The third set began as a back-and-forth affair with neither team holding more than a two-point lead. But with the set tied at 13-13, Russia went on an 8-1 run and, despite a late push, Canada couldn’t complete the comeback, falling 25-21.

It was an even battle to start the fourth set, with Dormann and Howe leading the way to an 11-7 advantage. Russia responded though with a 9-2 run into the technical time out and a 9-2 streak to close out the match, 25-15.

“We want to play to the level that we know we can,” added Howe. “We had some highs and lows today so we just need to find consistent volleyball that is us and stick with it.”