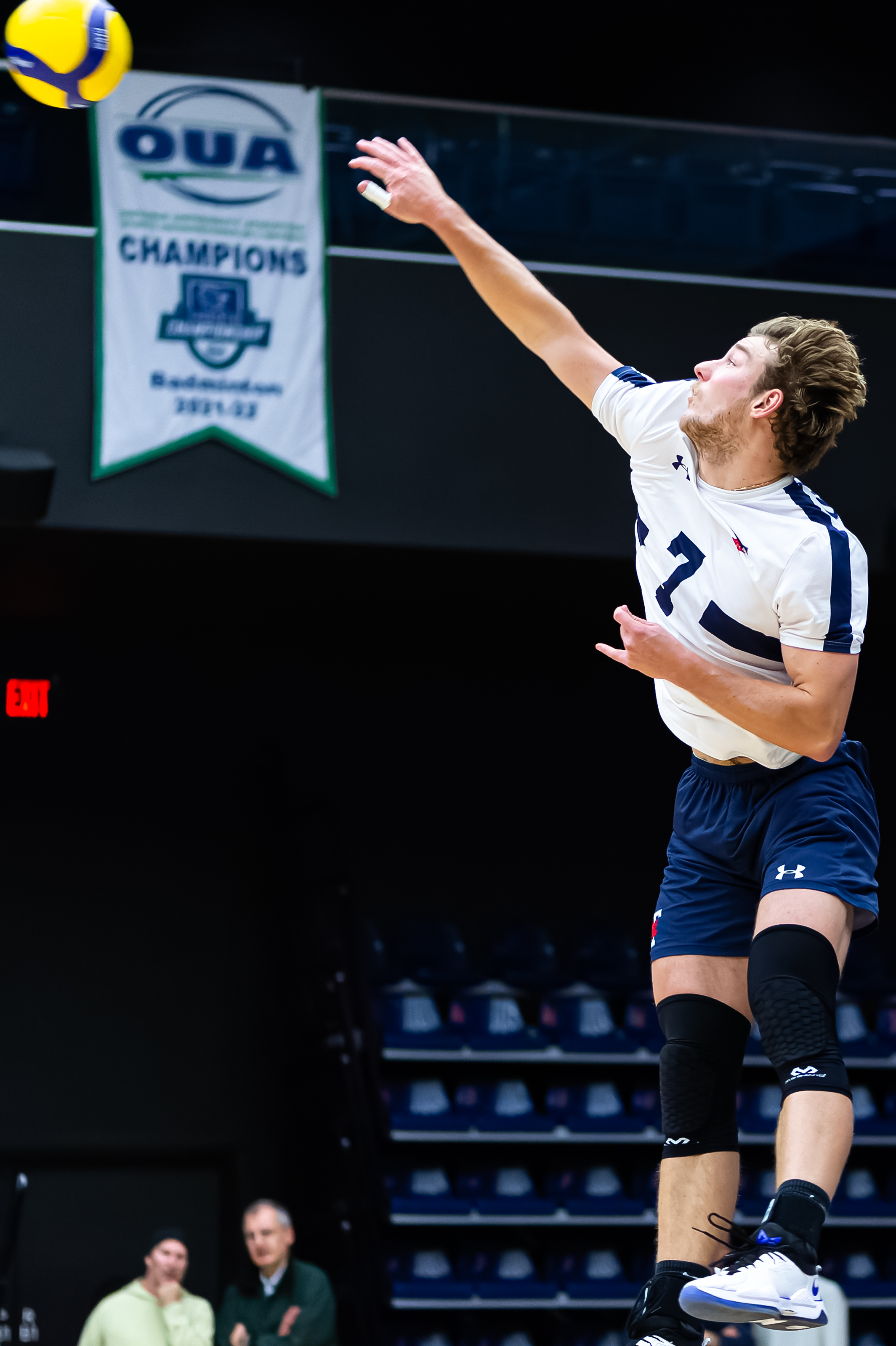 It was a memorable week for the Varsity Blues volleyball team, and as part of their historic games on the court, they received a starring effort from Evan Falardeau.

In a four-set win over York, one that featured one of the most incredible sets of competition in OUA and U SPORTS history, the fourth-year left side was instrumental in securing Toronto’s result. With 31 points in the match, including the kill that ended the lengthy 46-44 fourth set, Falardeau was a fixture on the attack. He ended the thriller with 25 kills, 11 digs, four aces, one solo block, and two block assists.

It was much of the same in the encore for Falardeau and the Blues. While it took a fifth set to secure the win on Saturday in their second-straight rivalry game, the team added to the win column nonetheless, with Falardeau nearly matching his output from the night before. In this one, the political science major from Stratford, Ont. registered 24 kills, 10 digs, three aces, two solo blocks, and a block assist, all as part of a 29.5-point performance against TMU. 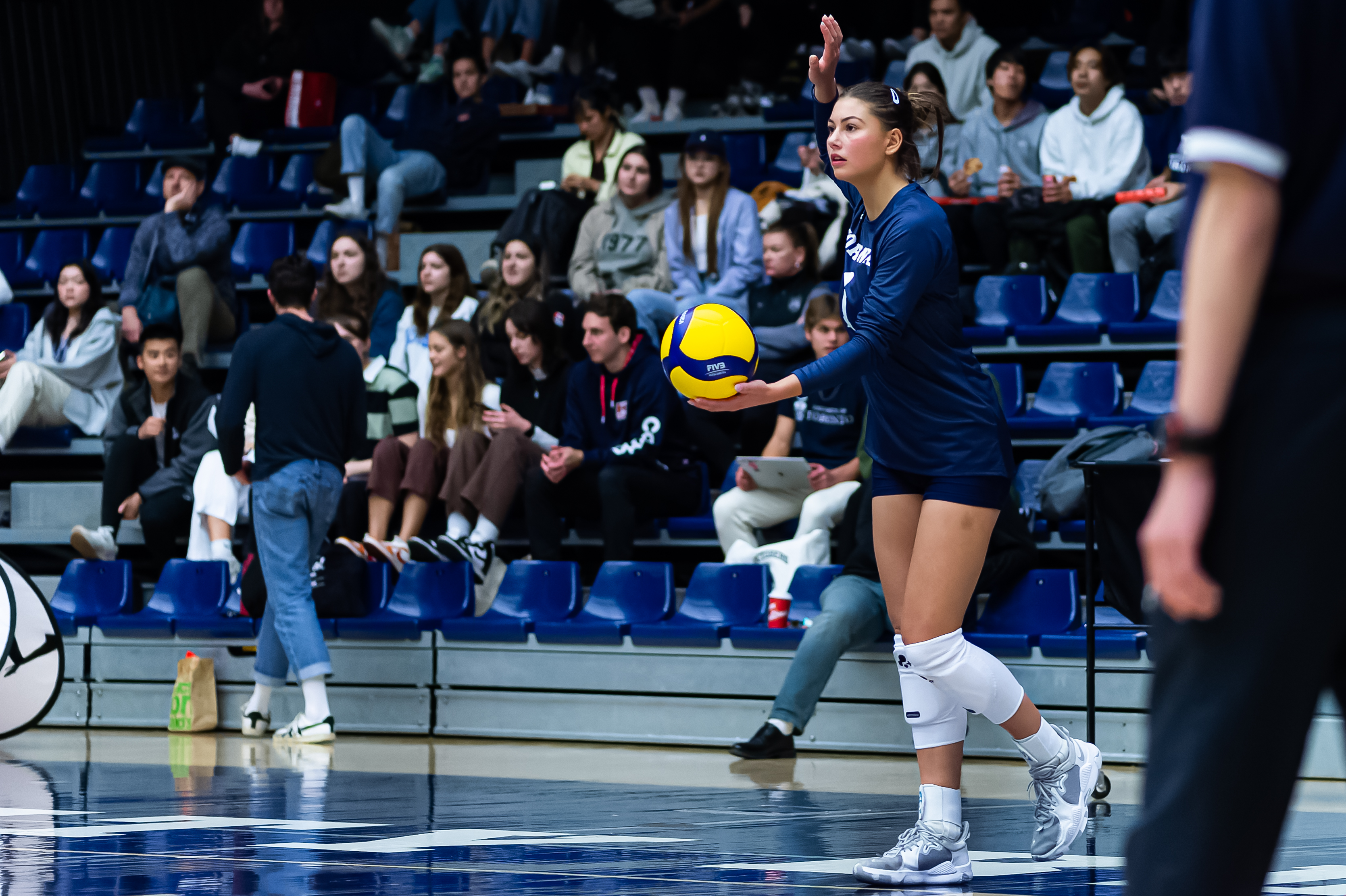 Making her presence felt during a pair of games over the past week, Murmann finished top-two on the team in points in both contests.

Helping guide a come from behind effort Thursday night against the York Lions, the Toronto product racked up 17 kills to go along with 18 digs and a pair of solo blocks.

The arts & science student then followed up that performance by leading the team in kills with 19 on Saturday at TMU in a four-set loss to the Bold.

Brock jumps to No. 3 in women’s volleyball Top 10