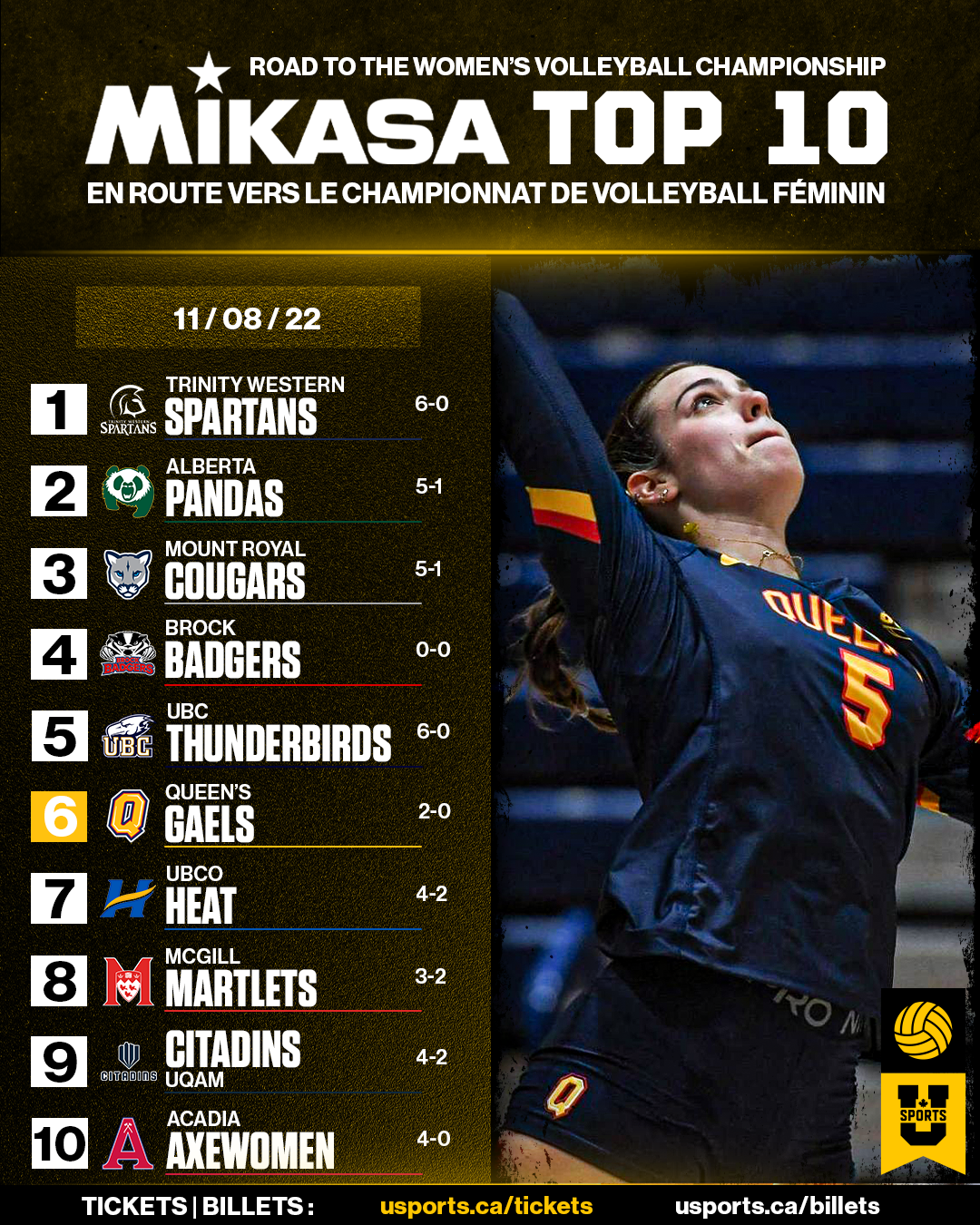 The Queen's Gaels (2-0) opened their 2022-23 OUA regular season with a bang, edging the Toronto Varsity Blues in five sets to sweep a weekend doubleheader and move from No. 9 to No. 6 in the U SPORTS Women’s Volleyball ranking.

UBC Okanagan Heat (4-2) and UQAM Citadins (4-2) entered the ranking at No. 7 and No. 9, respectively, following pairs of wins last week.  The Heat defeated the Manitoba back-to-back last week, while the Citadins took McGill and Ottawa 3-1.