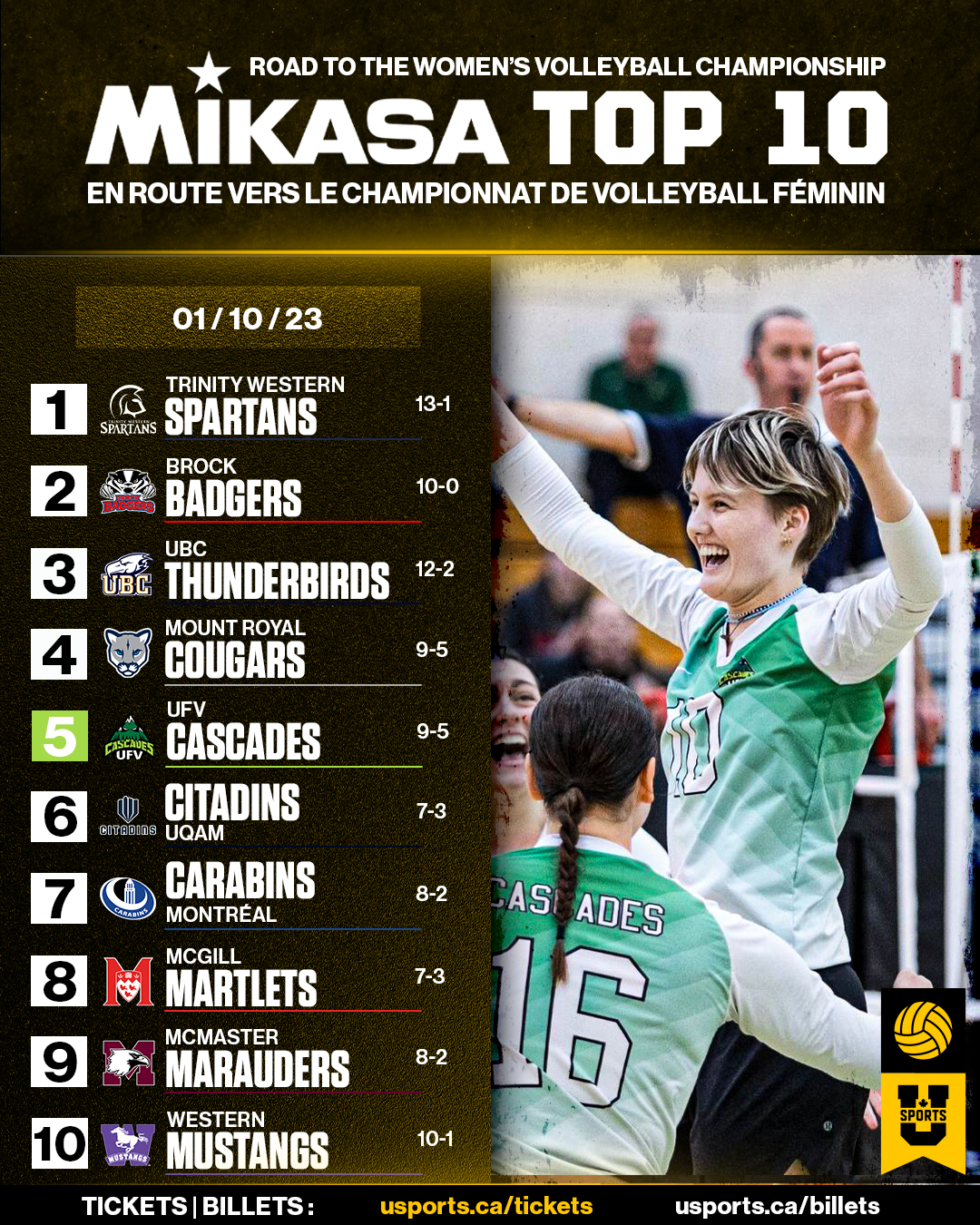 U SPORTS announced today the Top 10 ranking in women’s volleyball for the period ending January 8, 2023.

Previously unranked UFV Cascades (9-5) picked up a pair of massive wins over then-ranked No. 6 Calgary Dinos at the UFV Athletic Centre on Friday and Saturday to start their 2023 campaign strong amongst U SPORTS top teams.  With these wins, the Cascades cracked the Top 10 for the first time this season, landing at No. 5.

Meanwhile, the McGill Martlets (7-3) climbed two positions to No. 8 following a Friday win over Montréal, and a pair of wins over Lakehead earned the Western Mustangs (10-1) a solid start to the year and a tenth position in the ranking.

The winning ways of Warrior women