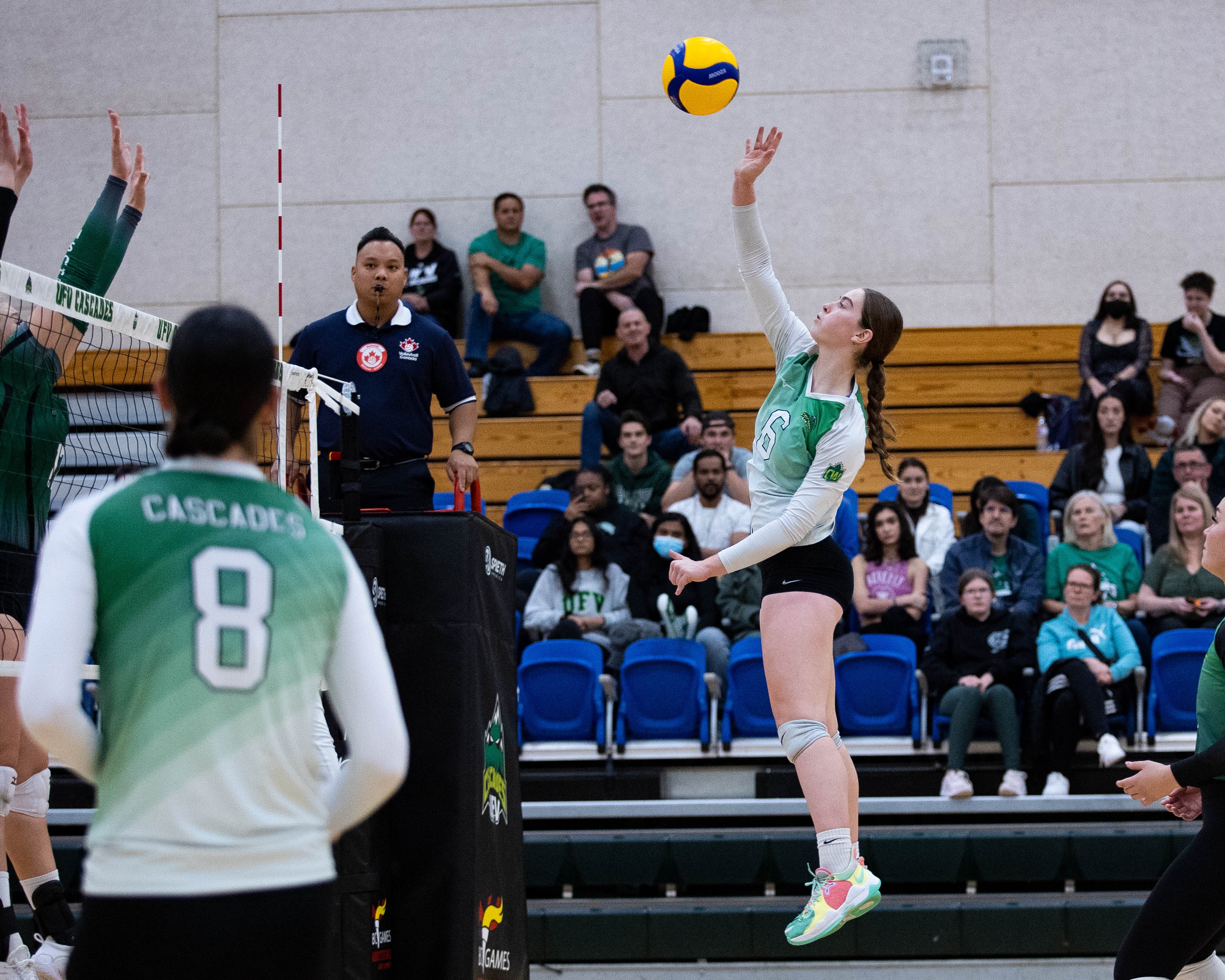 UFV’s Lauren Attieh was the dominant force in a pair of wins for the Cascades over the weekend as they took down last season's East Division winners, the Saskatchewan Huskies.

She outhit all players on the floor Friday evening, slamming down 28 kills and working efficiently while doing so. She added two service aces and an outstanding 20 digs on the defensive side in the 3-2 victory.

The Huskies remained answerless for Attieh Saturday, as she went off for another 21 kills, matching that in points as the Cascades took the win in four sets. She again showed her grit on the defensive side of the ball, popping up 19 digs to help her team to their first wins of the season.

The fourth-year outside hitter, Brodie Hofer put on a show Friday, nailing down 15 kills and four service aces in three sets, while pitching in defensively with six digs against the Calgary Dinos.

The high-flying, powerful hitter further terrorized the Dinos Saturday, this time going off for 26 kills, converting at a rate of .697. He showcased his serve with another four aces while tucking the Dinos away in four sets.

Hofer was a spectacle to watch in the weekend sweep, leading his Spartans as they look to again assert their dominance in the west.