1. What attracted you to York University?

Aside from the strong kinesiology program, I was drawn towards the athletics department. I remember spending time on the York Lions website reading varsity news articles, scrolling through all the different sport clubs, and being excited about the huge variety of intramural sports offered. Another reason I chose York is because I wanted to be part of a community with a diverse student body. York certainly takes pride in their inclusivity and representation, and as a result my hopes and expectations were far surpassed.

Technically my greatest achievement was winning a U SPORTS silver medal, however my favourite memory was winning the York Open this year. I had so many people supporting me in the stands; family, friends, and so many other from the Lions community. The best part was after winning when I ran off the mats and went around hugging everyone who came for me. I was overjoyed to have them experience my victory with me. 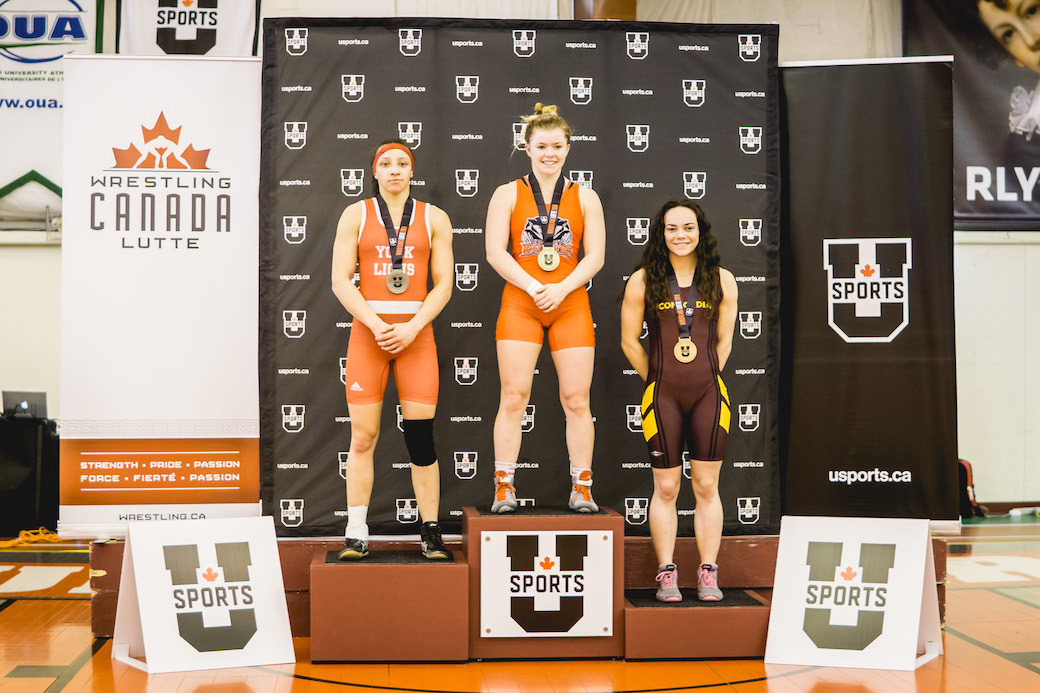 My next best memory would be winning senior nationals, which is not a university event but was definitely the final highlight of my varsity career and the ultimate way to end my season after coming back from ACL surgery last year.

I want to represent Canada on a world stage!

I never expected to take wrestling this far, yet here I am years later winning U SPORTS medals and taking home national championships. As I write these responses, I am currently on a plane flying to Peru to compete at the Pan American Championships. I’ve come this far with the opportunities and support I receive from York University. Now I want to push my training to the next level and see how far I can go. I’m starting to see things with Tokyo 2020 vision.

None other than my coach Eamonn Dorgan. He’s the reason I got back into wrestling after high school and the reason I’m still wrestling today. He understands how I work best. 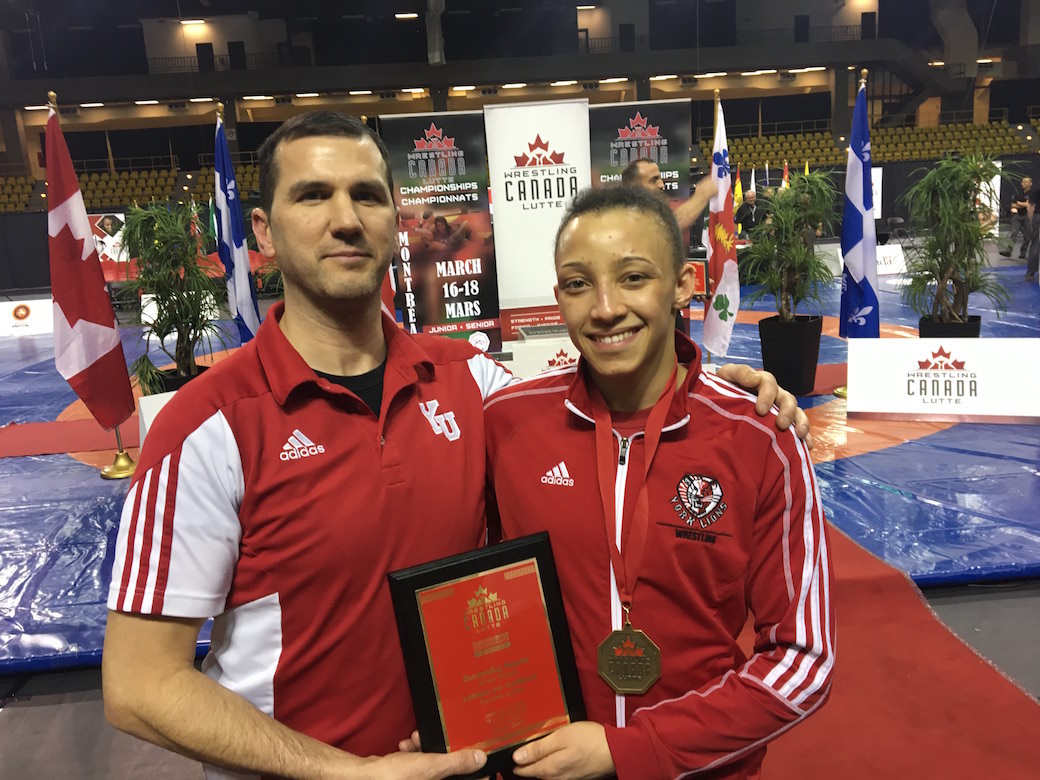 Mark McMorris. The man almost died in a snowboarding accident, suffering a collapsed lung, ruptured spleen, broken pelvis, ribs and more. Yet he managed to return to health and win bronze at the 2018 Olympics less than a year later. I’m astounded. I want to meet him and see what he’s like.

When I take off my tracksuit before a match, I have to fold it and place it in someone’s hands directly before I’m up. That tracksuit doesn’t leave my hands unless I’ve folded it myself and given it to someone I trust.

We play music during practice and it really helps me stay relaxed and light on my feet. I’m a big fan of anything Bruno Mars because I like to sing along. Also, I’m really feeling “Plain Jane” remix ft. Nicki Minaj currently. 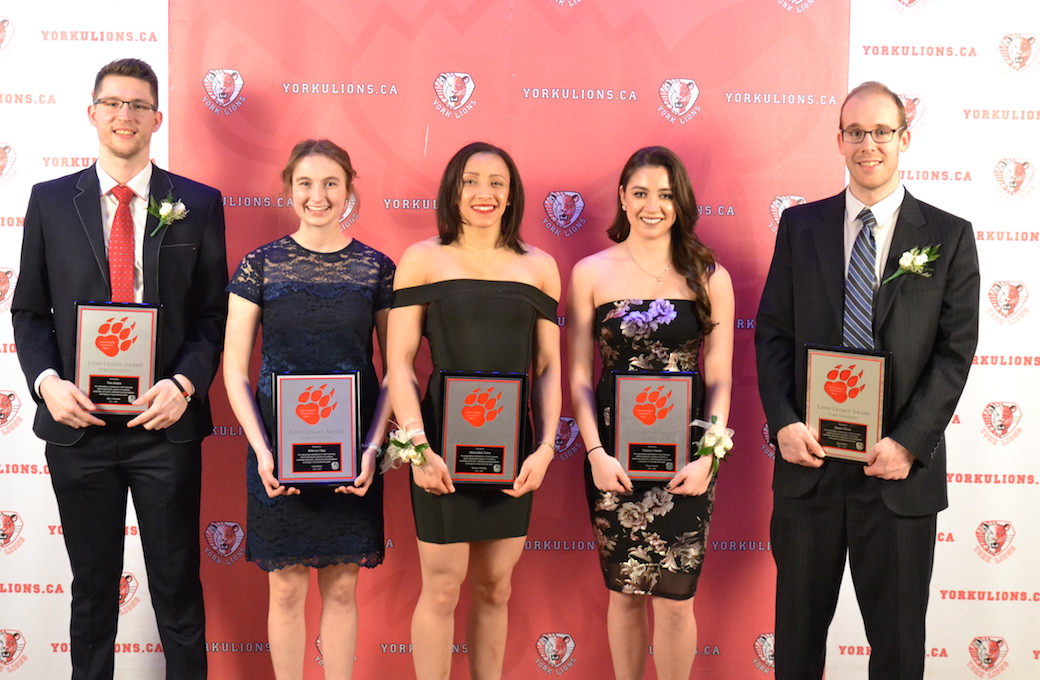 @yorkulions - Good sport coverage and quality memes, what more could I ask for?!

I have always wanted to try rugby! I get so amped watching our team play. In fact, rugby was my initial sport of interest but since my high school didn’t have a team I joined flag football and wrestling instead.

In my first year at York I actually tried out for for the rugby team. I didn’t know how to play, but during tryouts I was in good shape and showed athletic potential, so the coach invited me on board. However, the practices were late in the evening, and as a first-year student with a long commute I didn’t think I would be able to handle the schedule so I declined the offer and didn’t do any sports first year. I would still love to try rugby, but as of right now I’m focused on wrestling. Maybe I’ll join a club for fun somewhere down the road. 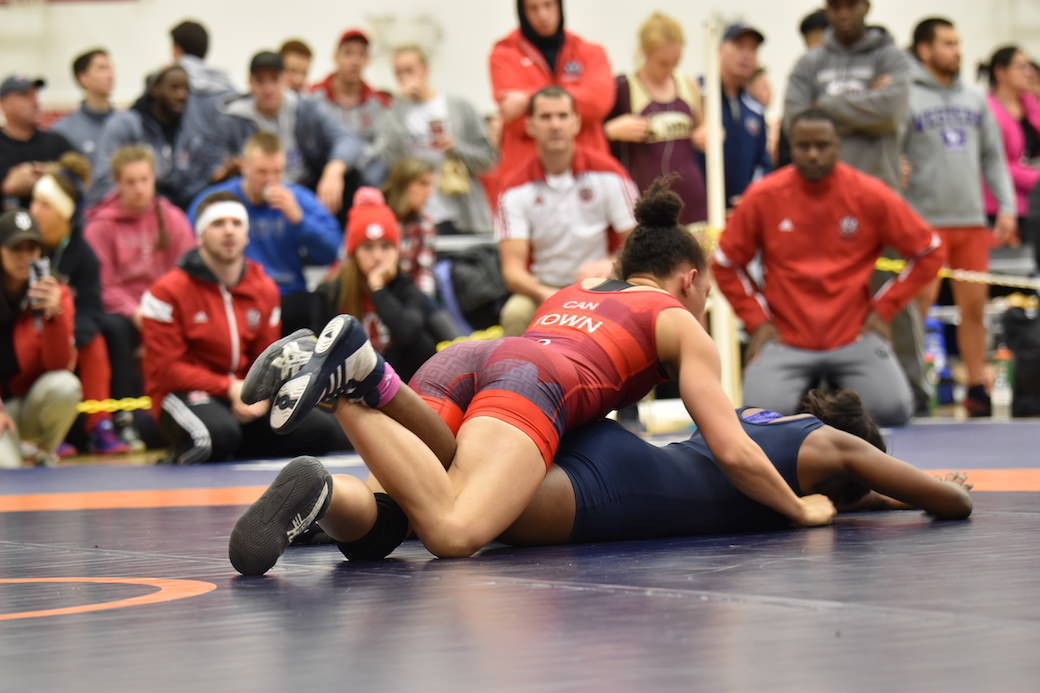 I missed a flight. It was hands down the most embarrassing part of my varsity career - so much shame. I’d rather not talk about it!