The Brock Badgers will look to capture their sixth consecutive golden sweep when the 2019 U SPORTS Wrestling Championships begin this week.

Brock, who has set the bar for Canadian wrestling programs in both men’s and women’s competition, have coach Marty Calder to thank for their program success since he helped the Badgers win their first national championship as an athlete. Both teams are ranked first in the nation heading into the national championship, with the men seeking their sixth straight banner and 19th overall while the women are looking for their eighth consecutive and ninth all-time title.

The 2019 U SPORTS Wrestling Championships run Feb 22-23 at the University of Calgary. 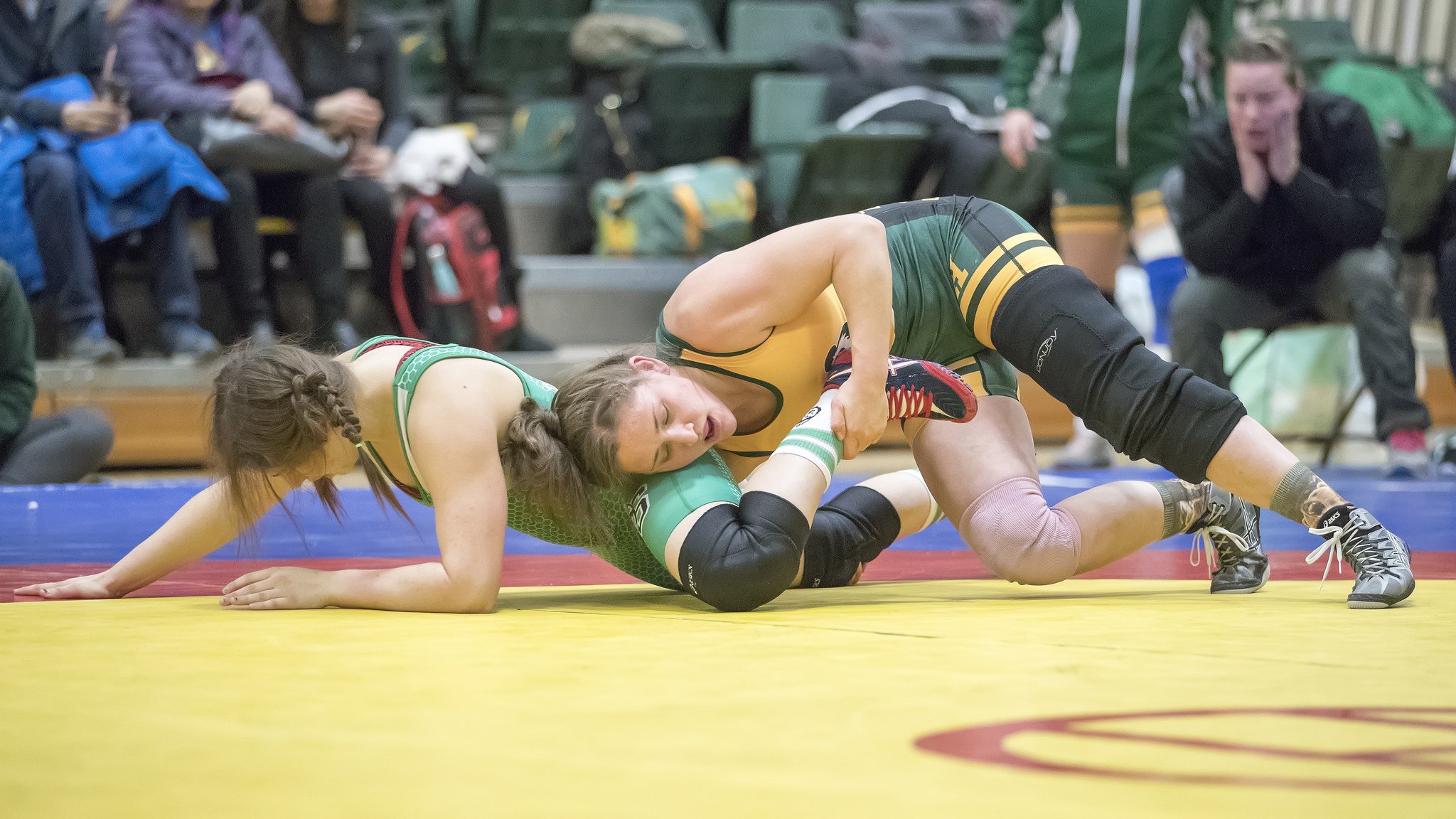 The Alberta Golden Bears men’s team and the Saskatchewan Huskies women’s squad were the big winners as the 2019 Canada West Wrestling Championships.

The Golden Bears took home the men’s team banner by the slimmest of margins – with 41 combined points, they nipped their Saskatchewan counterparts (40) by a single point. It was the 12th Canada West men’s crown in program history for the Alberta program, their third in a row an sixth in the last seven years. The host University of the Fraser Valley Cascades finished third (33) to match the best finish in team history, and the Calgary Dinos (20) were fourth.

Having dominated the conference for close to a decade, the Golden Bears are looking to break through at the U SPORTS Championships for the first time since 2013. The Golden Bears have won six of the last seven Canada West Championships, and earned their third-straight two weeks ago in Fraser Valley. The Bears now lead the conference with 12 total conference banners. Alberta has been consistently ranked inside the Top 3 in the U SPORTS Rankings, opening the season at No. 1. The Bears should be favoured to place inside the top three, with an outside shot at knocking off the Brock Badgers, and claiming their fifth U SPORTS Championship this weekend.

On the women’s side, Saskatchewan’s victory was less suspenseful – they amassed 33 points for a relatively comfortable triumph over Alberta (25), Calgary (22) and UFV (14).

The Huskies had a quartet of gold medalists, with Alex Schell (48 kg), Maddie Haney (67 kg), Berit Johnson (72 kg) and Kiera Prior (82 kg) emerging victorious. Schell, a reigning U SPORTS gold medallist enters the weekend with her sights once again set on winning the 48 kg class. The fourth-year Kinesiology student and former member of Team B.C. has won three of the four meets she has competed in this year to help the Huskies women rank second in the latest U SPORTS Top 10 poll.

On the men’s side, the Badgers took home eight gold medals in the 11 weight classes, while on the women’s side, Brock finished atop the podium in five of the eight weight classes. Included in the list of gold medalists for the Badgers was third-year standout Hannah Taylor, who earned the title of OUA champion for a third consecutive season, defeating Western's Julie Steffler in a competitive final in the women’s 55kg. Taylor, a former national champion and U SPORTS Rookie of the Year back in 2017, took home the women’s Most Outstanding Wrestler honours at the 2019 OUA Championships.

On the men’s side, the Most Outstanding Wrestler honours went to McMaster’s Ameen Aghamirian. The fourth-year Kingston native took home gold in the men’s 120kg weight class in an exciting finals matchup with Western’s Brayden Ambo.