Stephen Kreyenbuhl found his calling at the age of 12.

The Chicago native remembers the day he fell in love with wrestling and how much it changed his life.

“I remember trying it for the first time and just loving it,” he says. “As the years went by, I began taking it more serious and my passion for it continues to grow.”

The Chicago native remembers the day he fell in love with wrestling and how much it changed his life.

“I remember trying it for the first time and just loving it,” he says. “As the years went by, I began taking it more serious and my passion for it continues to grow.”

Through all the major changes Kreyenbuhl has experienced over the course of his life, the one thing that remained with him everywhere he went was wrestling. Kreyenbuhl and his family moved from Chicago to Georgia when he was 15 years old. Starting his first year in high school was a major cultural change.

“I remember the (NCAA men’s basketball) Final Four was in Georgia the year we moved,” says Kreyenbuhl. “The town was covered in basketball fans. Wrestling was not as popular there, but that did not stop me from continuing the sport I love. I just needed to find the few people that liked the sport.”

After starting a new wrestling career in Georgia, Kreyenbuhl also took interest in football. Taking on the two sports was challenging, but he still managed to find success in both. A wide receiver, Kreyenbuhl was offered several NCAA scholarships but turned down them down in favour of a wrestling Athletic Financial Award (AFA) in Canada at Algoma University in Sault Ste. Marie, Ont. 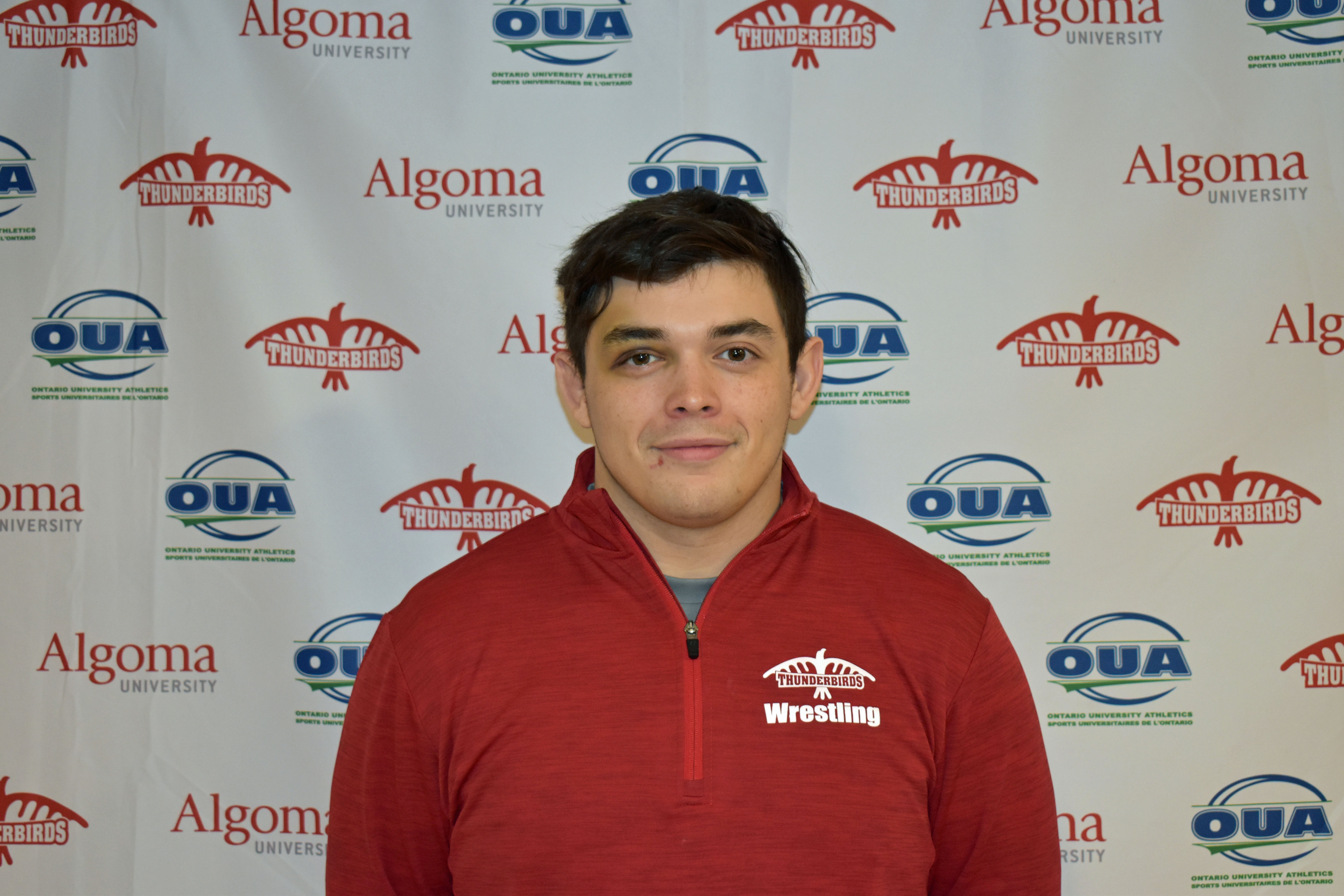 In the U.S., Kreyenbuhl was used to the folk style of wrestling. However, here in Canada, bouts are more freestyle – you are allowed to lock your hands on the bottom, and to also stand up after 10 seconds of being on the ground. South of the border, you can keep your opponent down for as long as you want and get more points for riding him longer.

“It’s definitely different,” says Kreyenbuhl when asked about the culture change he experienced coming from the United States. “Canada is a lot more diverse than I thought it would be. There’s a lot of international students at my school so I don’t feel too much like an outsider. I love my program, my teachers, my coaching staff and of course my teammates.

“The collegiate level is always different than high school,” he adds. “It’s a lot faster here and everyone at this level has a wrestling background. You have to bring your ‘A’ game all the time. But one of the biggest differences…is that the NCAA doesn’t have women’s wrestling. Here, men and women train together but you don’t really see that where I’m from. If they see a girl wrestling, it's almost an anomaly. Canada destroyed that myth and it’s been great to see.” 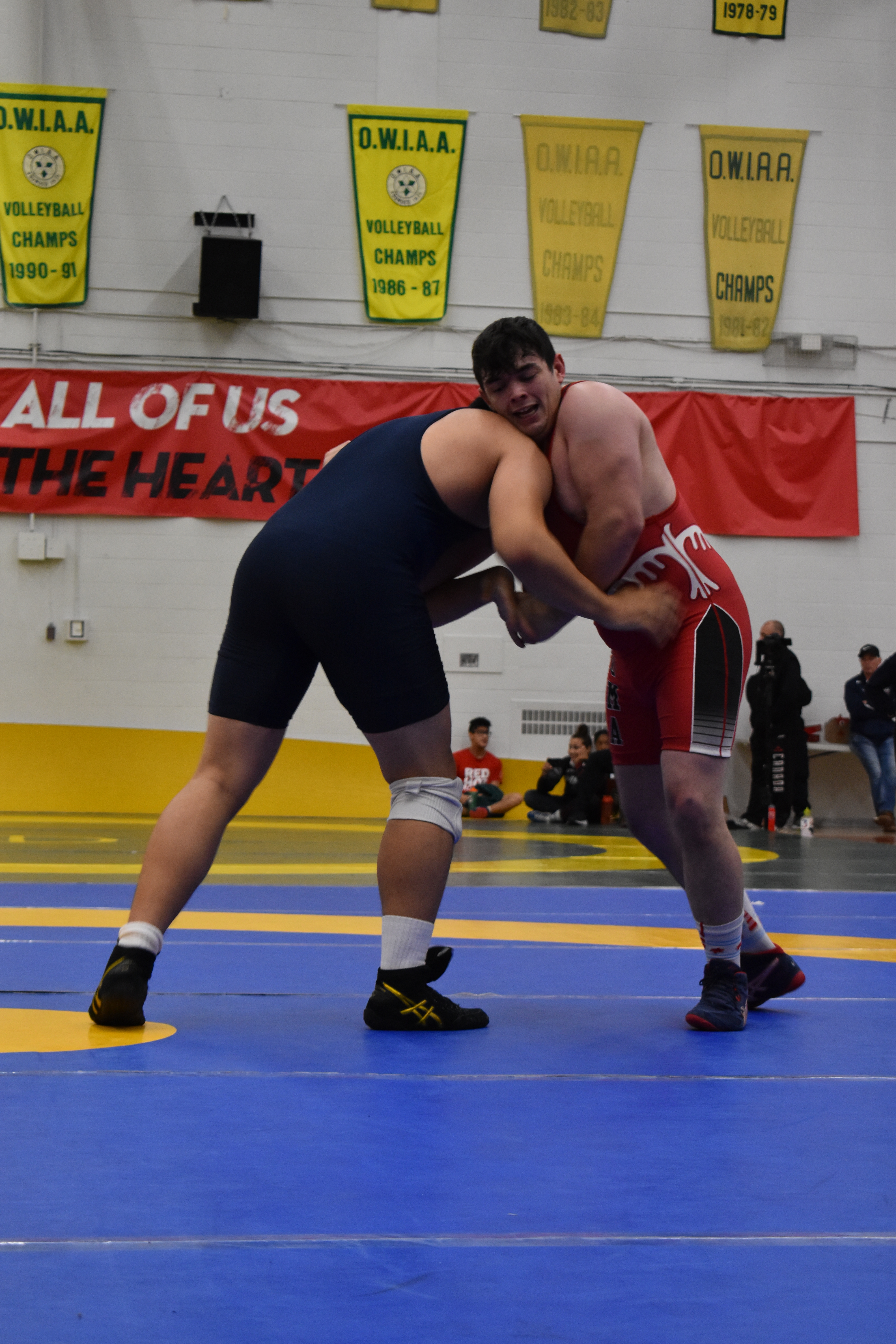 Kreyenbuhl loves the emphasis his coaches place on education. He’s aware that many other schools around the U.S. sometimes prioritize the sport, but at Algoma it’s school first. The fourth-year veteran took on that challenge and was rewarded with Algoma’s Highest Academic Achievement for men’s wrestling. Despite having a 4-5 kilo cut, the 120 kg wrestler’s mentality remains the same – be it in the weight room and on the mat training. Last season, he finished seventh at the OUA Championships, but is determined to have an even stronger campaign this season.

"Stephen has an intensity he brings to practice that is second to none.  He is a great teammate for keeping the pace high and making sure that all our student-athletes are working to their best level,” says Algoma head coach Trevor Manchester. “Making the move to 120 kg this year, Stephen made a commitment to help out our developing program.  As an undersized heavyweight, he often gives up 20 - 25 kg to his competition, but makes up for the size difference with his tenacity."

One person Kreyenbuhl is thankful for, is teammate, best friend and roommate, Bryce Davis – the second-most decorated wrestler at Algoma. Davis who finished fourth at the OUA meet and sixth at the U SPORTS Championships in the 72 kg weight class. Currently he is ranked No. 1 in the nation, while the Thunderbirds men rank No. 8 in U SPORTS.

“I consider Bryce as a brother,” he says. “His family has done a lot for me since being here. I look up to him a lot. He’s also from America so he’s helped me tremendously on and off the mat.”

The relationship between the two runs so deep that Kreyenbuhl took an online class to be ordained as a minister for Davis’ wedding last summer. Kreyenbuhl already has his goals set for his next stage after University. After running a few coaching clinics with MMA schools, he hopes to become a teacher and a wrestling coach once his playing days are over. He’s interested in coaching high school kids to inspire the next generation of youth to build character and an education through wrestling.

Ronny is a sports business management graduate from Humber College. He earned his bachelor’s degree in communication studies from Carleton University. His career includes writing for BasketballBuzz Magazine, Canada Basketball, the Nike Crown League and more. He hopes to inspire and empower student-athletes through his storytelling.

Top 10 Tuesday: Saskatchewan moves to No. 1 in women’s wrestling for first time in program history