Sports in the Canada West Conference continue as Daniel Thiessen of the Winnipeg and Quinn Pelland of the Mount Royal Cougars showed their dominance on the volleyball court.

In wrestling, Aleah Nickel and Sam Pereira of Alberta both captured gold in their respective classes. On the ice, Holly Reuther of Calgary and Ethan Regnier of Mount Royal were standouts in hockey, while Regina’s Faith Reid and Saskatchewan’s Alexander Dewar came up clutch on the basketball court.

Due to the COVID-related restrictions across Canada, U SPORTS is spotlighting the Canada West athletes that would have otherwise been in the running for the U SPORTS Athlete of the Week for the period ending January 30, 2022. 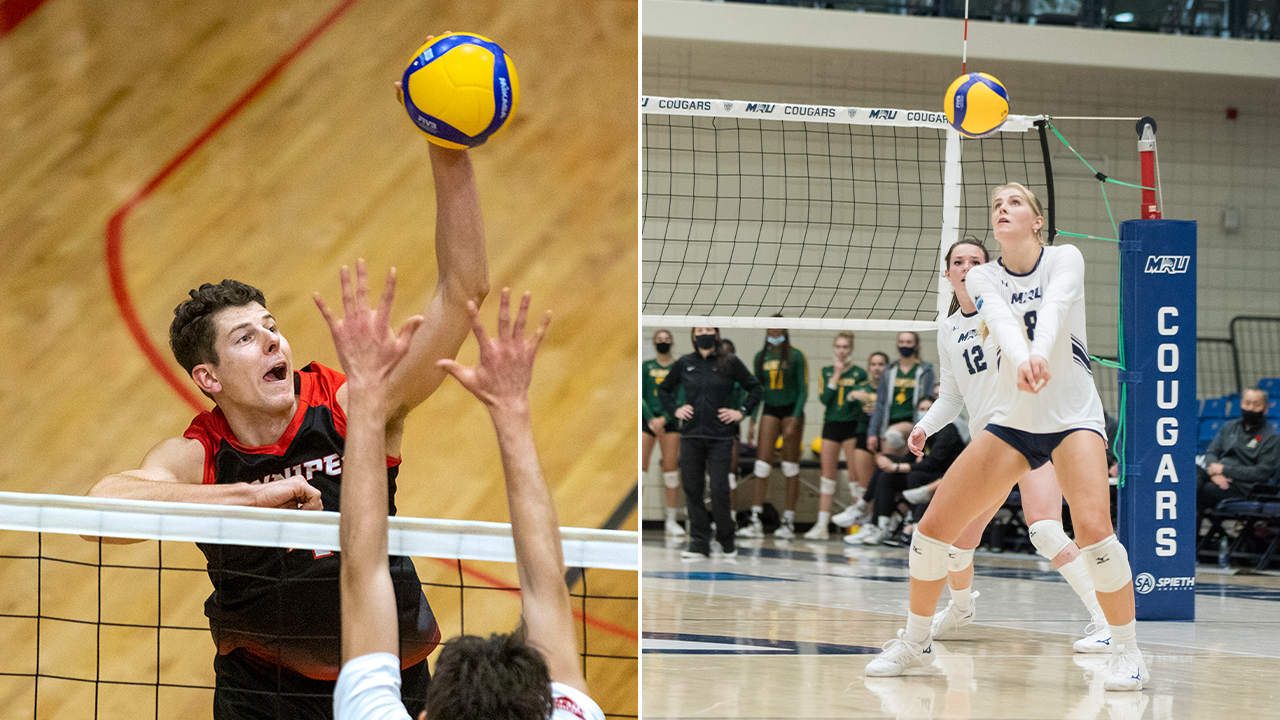 Daniel Thiessen’s touch on both offence and defence fuelled the Wesmen in a back-and-forth split as they fought to stay atop a tight Eastern division.

The opposite hitter tucked away 22 kills Thursday night, swinging at 33.3 percent while hitting the floor for 14 digs and posting 22.5 points as the Wesmen fell in five sets to the Brandon University Bobcats.

He picked up where he left off Saturday, powering away 15 kills (.290) and putting up 13 digs for 18 points to help his team bounce back in a four-set victory.

Thiessen is now challenging stat leaders in two categories on opposite sides of the board, proving his versatility at the highest level. He's second in Canada West when it comes to kills per set at 4.41. He's also second among Canada West hitters (sixth among all athletes) in digs per set with an average of 2.02.

Quinn Pelland and the Mount Royal Cougars did just that Saturday night, as the setter put up an incredible 59 assists to hand the Pandas their first loss of the season.

Pelland's focus was unbroken as she moved around the court with ease, setting her teammates up with spot-on assists. She put her stamp on nearly every play, contributing on defence with 11 digs and two block assists.

The fourth-year setter battled on Friday as well, posting 17 digs in a three-game sweep for the Pandas. In those sets, she put up 26 assists and buried three kills on nine swings.

With the split, Mount Royal secured their place among Canada West's top teams and proved the now 11-1 Pandas have someone to fear. 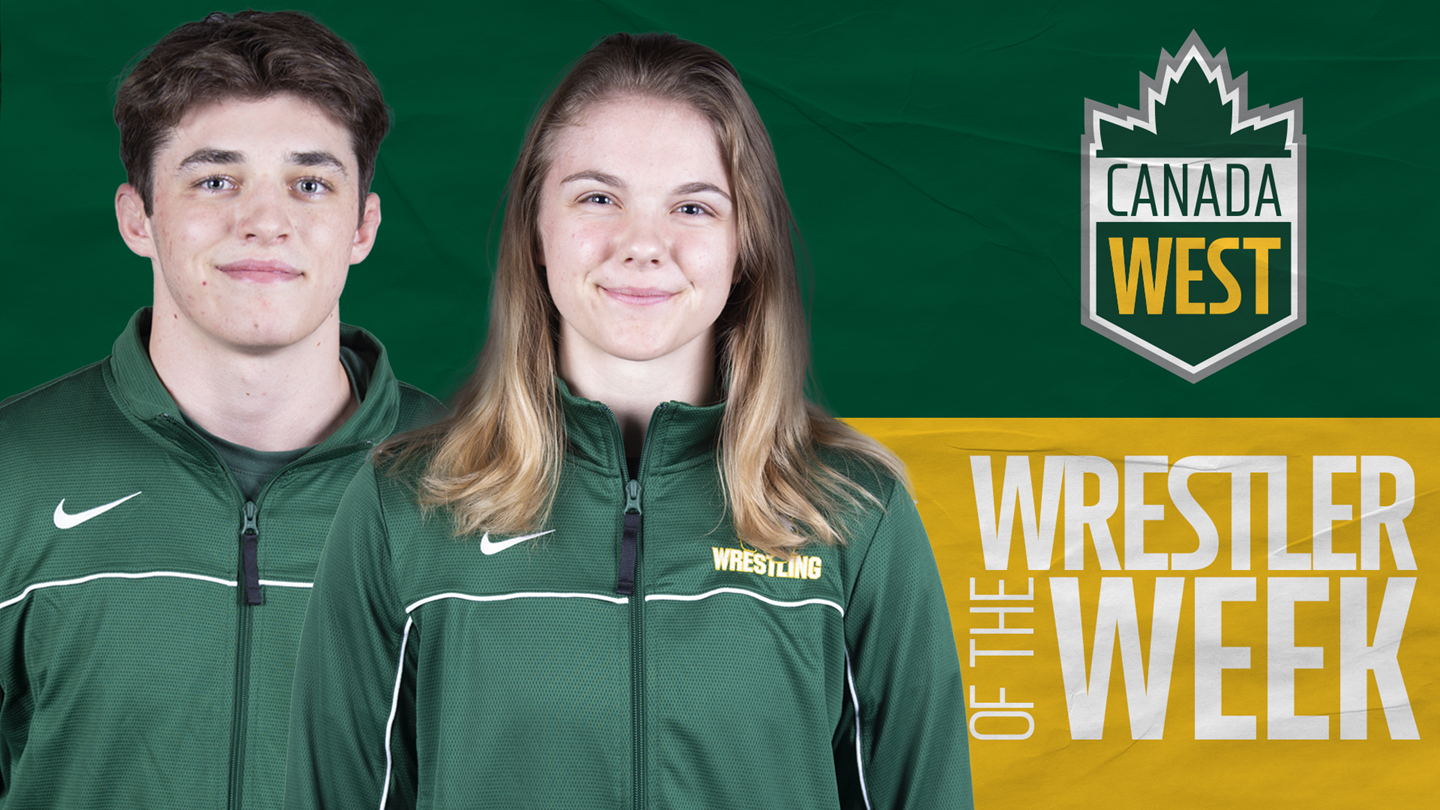 Aleah Nickel captured gold in the women's 63 kg weight class at the Bears and Pandas home event this weekend.

All three wins came by virtue of a fall. The first-year Swift Current product defeated the Calgary Dinos' Katharine Kovalik and Angelina Ellis-Todd before pinning Simon Fraser's Jade Trolland in the final.

This was the best result of the season for the Pandas Rookie, who earned third-place finishes in the 63kg weight class at both the Dinos Open and Huskie Open earlier this season.

Nickel’s finish helped the Bears and Pandas to a combined 90 team points, enough to take the tournament.

The Edmonton Wrestling Club product owned his weight class at the Bears' home event, winning all three of his matches with technical falls.

The rookie also won the 100kg class at the Dinos open earlier this season in Calgary, while placing third at the SFU Wrestling Invitational in Burnaby.

The next event on the calendar for the Bears & Pandas wrestlers is the 2022 Canada West Championship, which will be hosted by the Saskatchewan Huskies in Saskatoon. 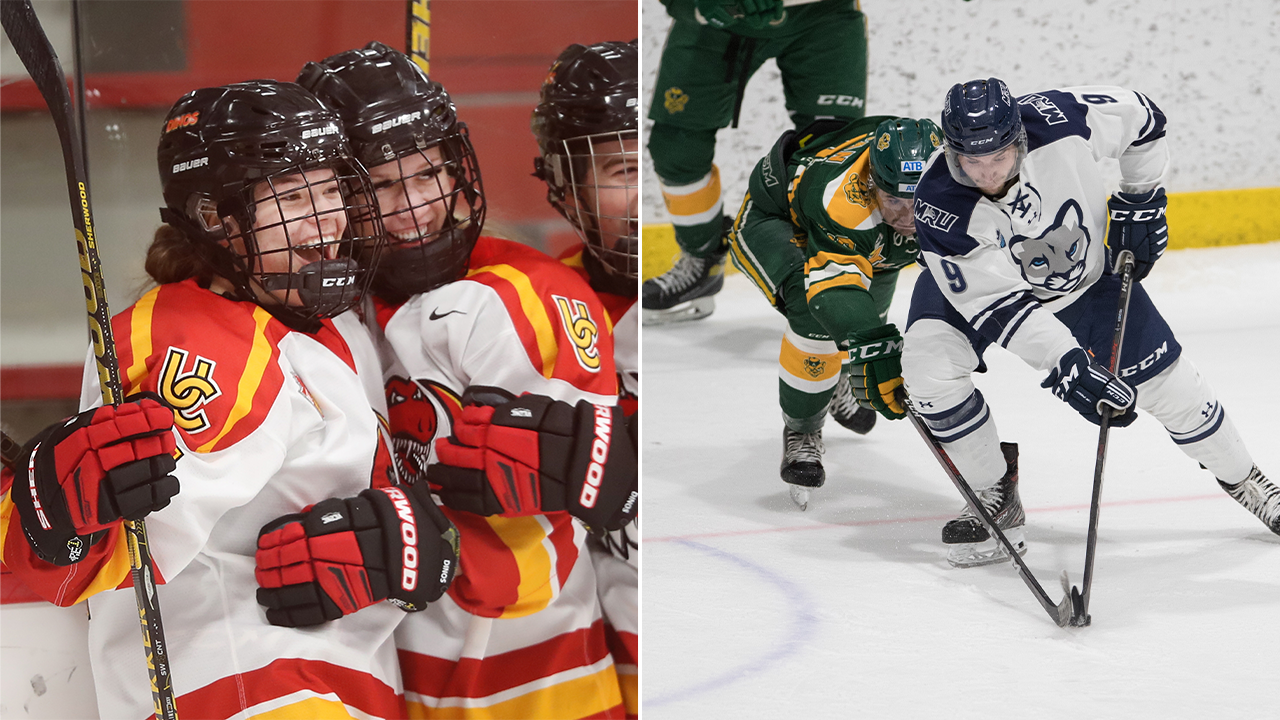 Reuther was the consistent spark for her Calgary Dinos in a weekend split with the higher-ranked UBC Thunderbirds.

The fourth-year forward set the tone for a tough match-up early, answering a UBC goal in the first period of Friday night's game with a score of her own, following up a wrist shot to tuck away the rebound.

The forward once again provided answers to a UBC score, down 2-1 in the second period chipping in an assist on a goal by Rachel Paul.

The Dinos ultimately fell to the Thunderbirds Friday, but bounced back Saturday with a convincing 5-0 victory over UBC.

Reuther contributed a goal and an assist in that game as well, getting two important points for the Dinos and helping them prove they can play with the league leaders.

Regnier notched a go-ahead goal Friday, sneaking through the slot to put a quick shot past the MacEwan goaltender's glove. The first-year defenceman logged the next goal of the game on a similar play, which would stand as the eventual game-winner.

Regnier went on to add two more goals in a 9-3 blowout of Griffins Saturday, again scoring back-to-back goals. All four goals on the weekend were even strength markers. 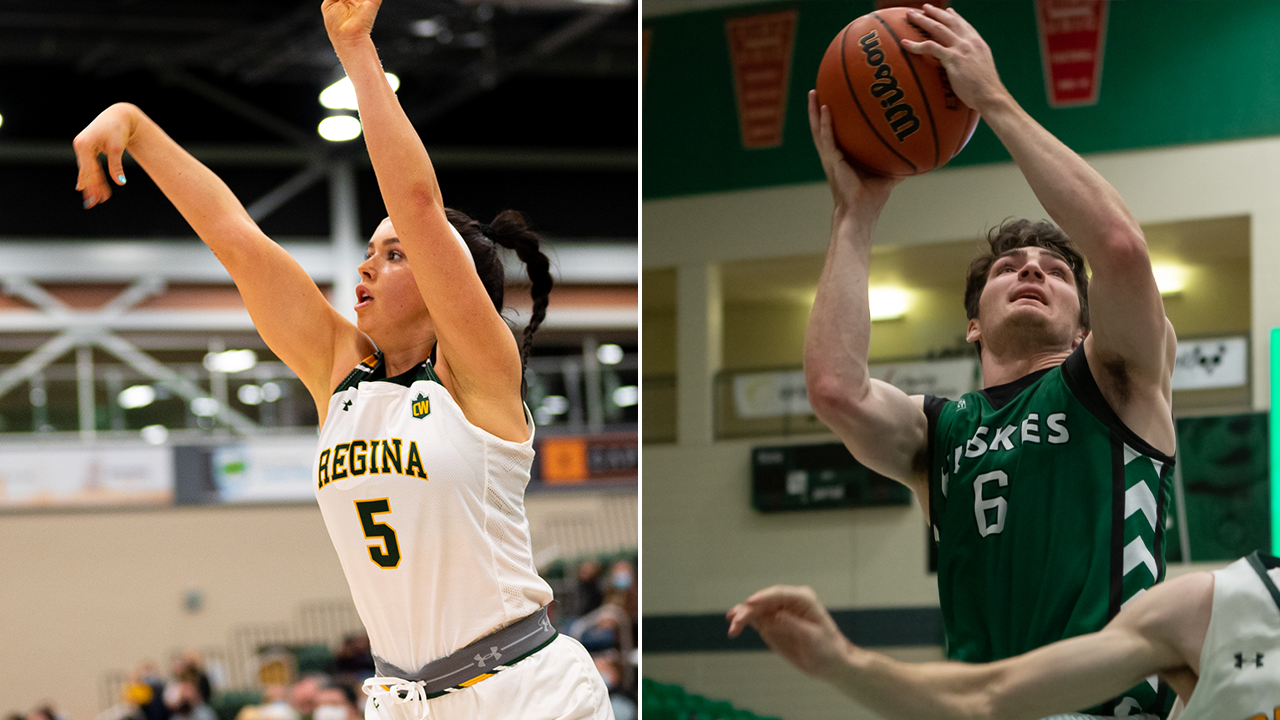 Faith Reid went off for 49 points in a weekend sweep of conference rival, the University of Manitoba Bisons. The fourth-year guard was fearless from beyond the arc, draining 12 of 19 three-pointers over the two games for an otherworldly three-point shooting percentage of 63.2 per cent.

The efficient scorer contributed on the glass as well, posting four rebounds, to go along with 27 points and two assists in a 91-45 shellacking of the Bisons Friday night. Reid then put up 22 points and seven rebounds to help the Cougars to another decisive victory Saturday (79-52).

Saskatchewan's Alexander Dewar was finding every way to contribute to the Huskies’ sixth straight victory Friday - a 91-71 win over the University of Winnipeg Wesmen.

Dewar posted 34 points, five rebounds, and two assists Friday, while contributing four steals and going three for five from behind the arc and 10 for 15 from the floor.

The third-year guard finished off a strong weekend with 23 points and one rebound Saturday, sinking two of three three-pointers, but it wasn't enough to overcome a sizeable first-quarter Wesmen lead. The Huskies' win streak ended at six, as they fell 86-78 to Winnipeg on the road.