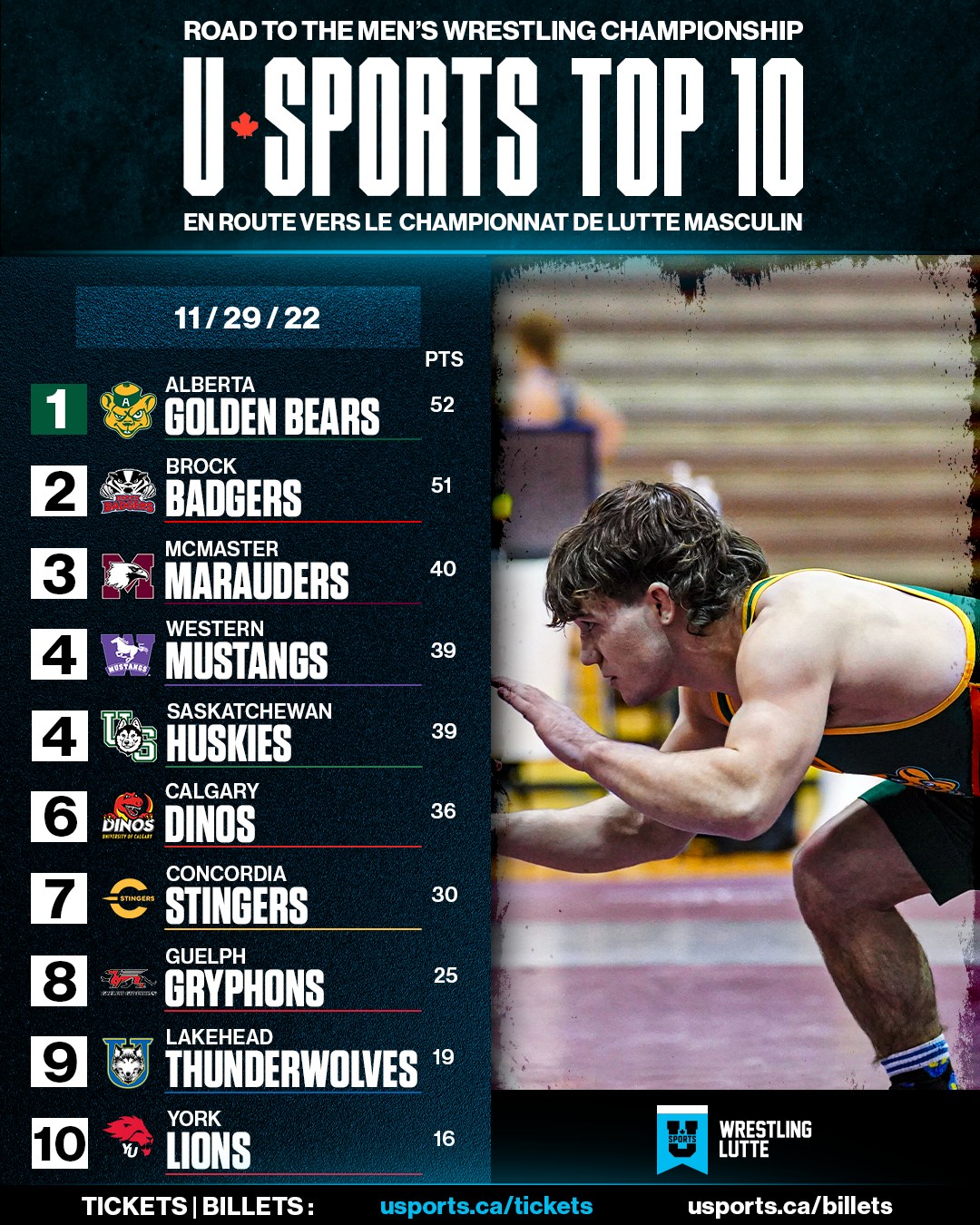 U SPORTS announced today the Top 10 ranking in men’s wrestling for the period ending November 27, 2022.

Alberta Golden Bears wrestling was in action for the Huskie Dual and the Huskie Open this past Friday and Saturday at the Education Gym in Saskatoon. The Bears men’s squad racked up six wins on Friday with Cole Sanderson taking home the gold in the men's 68kg event on Saturday. Alberta now sits in the top position with 52 points. Brock Badgers follow merely one point behind at 51 points.