U SPORTS proudly announced Tuesday the student-athletes selected as Top 8 Academic All-Canadians for the 2021-22 season.

Shae Demale of Saint Mary’s, Alex Carson of Dalhousie, Jade Downie-Landry of McGill, Jean-Simon Desgagnés of Laval, Raphaël Garcia of Carleton, Kate Current of Western, and Eric Lutz and Rebecca Smith of Calgary were nominated for their excellence both on and off the field of play.

Among the 4900+ student-athletes who achieved U SPORTS Academic All-Canadian status in 2021-22, one female and one male student-athlete from each of the four U SPORTS conferences were selected to make up the Top 8.

U SPORTS student-athletes achieve Academic All-Canadian status for having maintained an average of 80 per cent or better over the academic year while competing for one – or more – of their university’s varsity teams.

The elite group will be honoured on Thursday by Her Excellency the Right Honourable Mary Simon, Governor General of Canada, at Rideau Hall in the nation’s capital.

Profiles of the 2021-22 U SPORTS Top 8 Academic All-Canadians are available below. 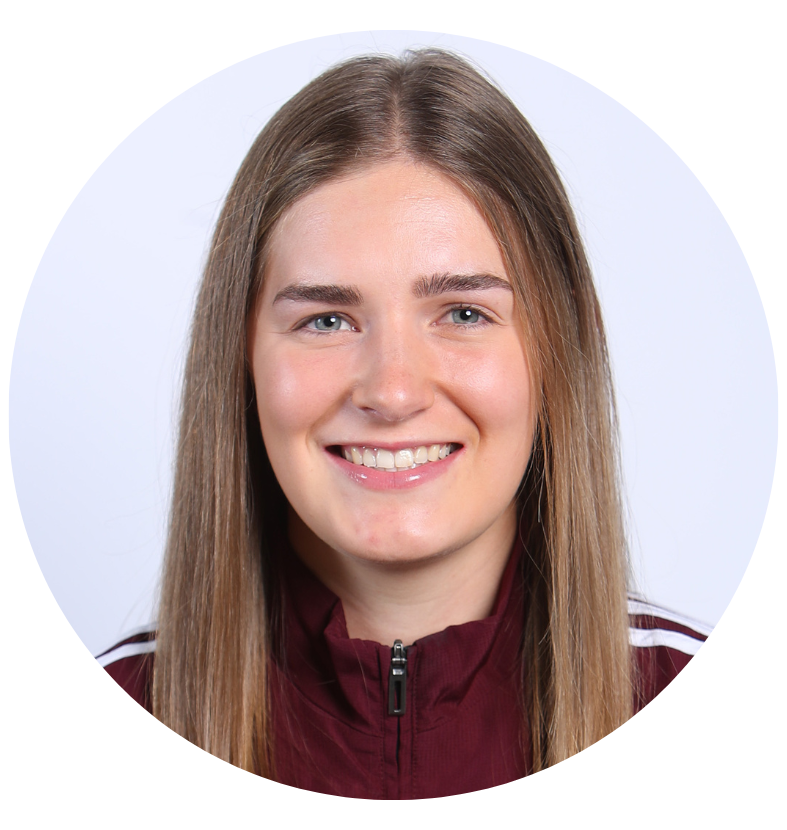 Shae Demale was named the most valuable player in AUS women’s hockey last season, as she led the conference with 25 points (13 goals and 12 assists) in 21 games played. Demale, who is originally from Red Deer, Alberta, was also named a U SPORTS First Team All-Canadian and was named an AUS First Team All-Star for the third straight season, as the Huskies finished second in their conference.

Demale recently returned from Lake Placid, New York, where she was a member of Team Canada at the 2023 World University Games.

Academically, Ms. Demale registered a perfect 4.30 GPA in both 2020-21 and 2021-22. A biology major, Shae won the Saint Mary’s President’s Award in 2020 for top Academic and Athletic performance and was named to the Dean’s List in 2018-19 and 2020-21. She is a four-time U SPORTS Academic All-Canadian, and four-time Saint Mary’s Academic Achievement Winner (2019-22). She also won the Dr. John C O’.C. Young Award for the highest grade in Chemistry, along with several other awards at Saint Mary’s for her academic standing and community involvement.

In the community, the 22-year-old is a volunteer hockey coach with the Metro West Force girl’s hockey team in Halifax and volunteers in the emergency department at the I-W-K Children’s Hospital. 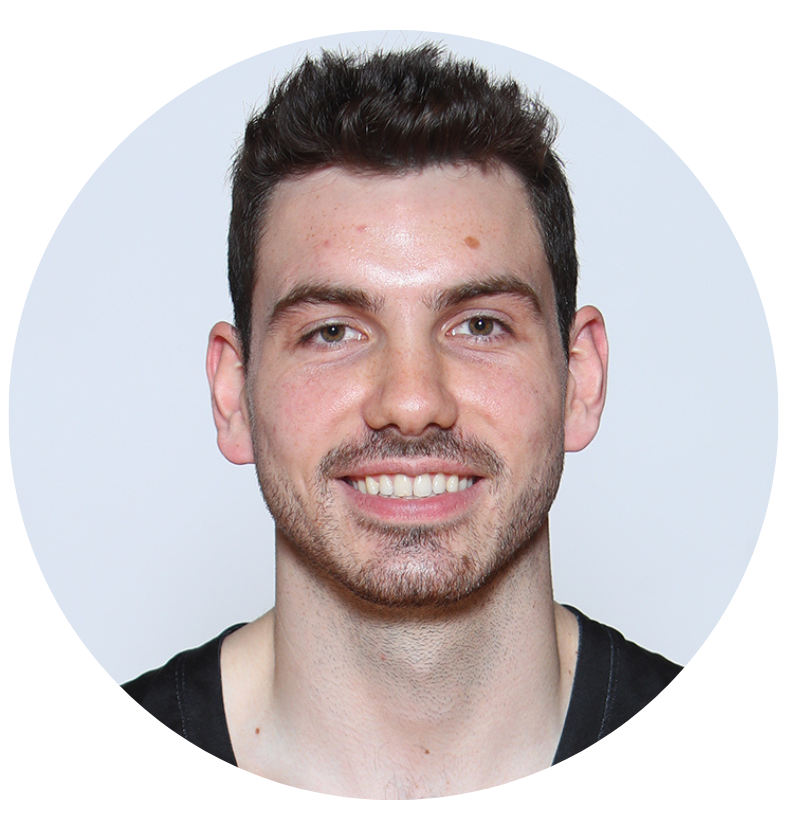 Alex Carson is a four-time AUS All-Star and was Dalhousie University’s Male Athlete of the Year last season. He averaged 18.5 points per game during the regular season and was named a U SPORTS Second Team All-Canadian. He has led the Tigers to four conference championships and four trips to the U SPORTS Final 8 during his five seasons, highlighted by a silver medal at the 2020 event, where he was named a championship all-star.

Mr. Carson graduated with a Bachelor of Science degree in Recreation Management last spring. A Dean’s List student, he posted a 4.24 grade point average last season. He won Varsity Athletic Awards in 2017 and 2022, the John C. Pooley Sportsperson Award in 2022, and held several other university scholarships.

Originally from Lower Sackville, Nova Scotia, Mr. Carson is passionate about giving back to the community and is the co-founder, director, and coach of the 4AM Basketball Camp program that funds a scholarship for young basketball players in Nova Scotia. He has also volunteered with the Special Tigers Sports program and has been an assistant coach with the Nova Scotia provincial Under-16 boys basketball team. 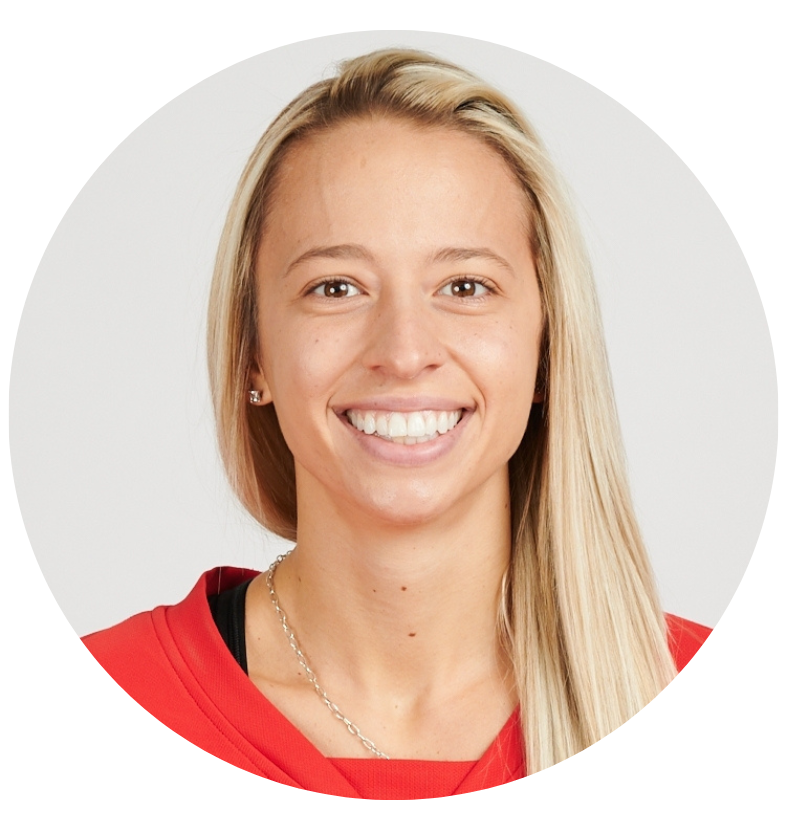 Jade Downie-Landry capped her storied career at McGill by winning the Brodrick Trophy as the U SPORTS Women’s Hockey Player of the Year. A two-time U SPORTS All-Canadian, she led the country in scoring last year, amassing 27 points, including 14 goals in just 15 games, and won the Gladys Bean Trophy as the McGill Female Athlete of the Year. She has been a league all-star three times and was the most valuable player of the 2019 U SPORTS national championship.

Downie-Landry, who hails from St-Jean-sur-Richelieu, Québec, achieved a grade point average of 3.93 last year (out of 4.00) and earned a spot on the Faculty of Education Dean’s Honour List last year. She is majoring in Physical and Health Education and already holds a Bachelor of Arts, which she earned in 2020. She won the A.S. Lamb Scholarship from the Faculty of Education as well as a scholarship for future teachers from the Québec Ministère de l’Emploi et de la Solidarité Sociale.

In the community, she has participated as a volunteer in various causes, including The Shoebox Project, a non-profit organization that collects donations and health care items for women’s shelters in the Montreal area. She has also been involved in campaigns to raise mental health awareness, as well as the team’s annual Pink in the Rink Game to raise awareness and support for breast cancer research. 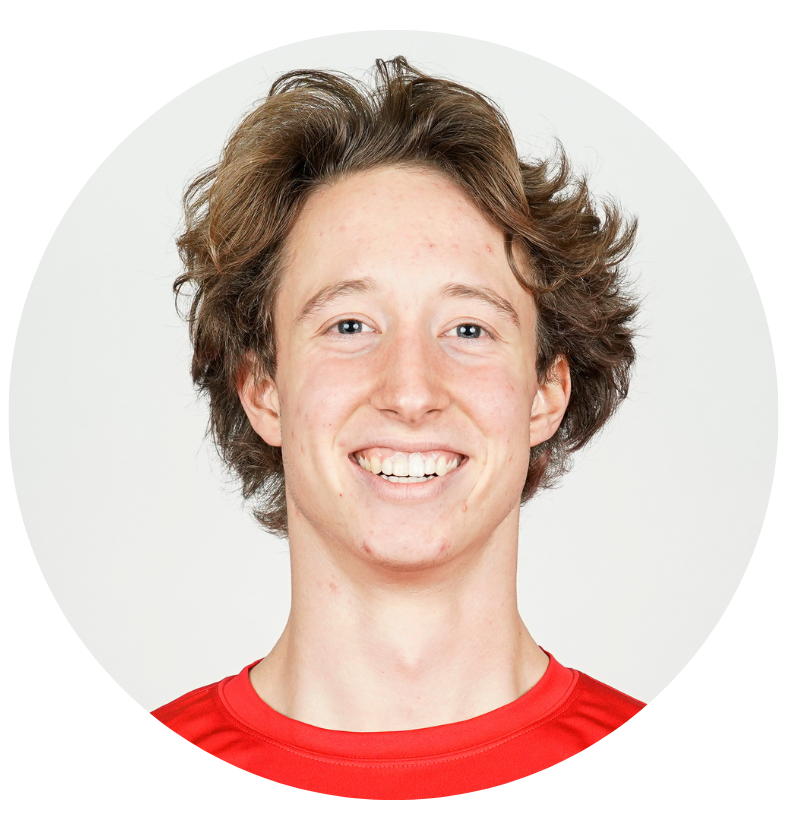 Jean-Simon Desgagnés was named the Track Athlete of the Year at the U SPORTS national championships last March, after winning gold in the 1500 metres, silver in the 3,000 metres and being named a U SPORTS First Team All-Canadian. In January 2022, he became one of the few Quebeckers to run a four-minute mile when he completed a race in Boston in a time of 3 minutes 58.60 seconds.

Earlier in the year, M. Desgagnés won an individual bronze medal at the U SPORTS cross-country championships and led his Rouge et Or to a team victory on home soil. Originally from Québec City, he was a dual winner at Laval’s annual sports awards, being named both the male Athlete of the Year and male Individual Sport Athlete of the Year.

Desgagnés has represented Canada at the international level, winning a bronze medal at the 2019 World University Games in Italy, and a bronze medal in the 3000 metre steeplechase at the NACAC Championships in the Bahamas last summer.

Academically, M. Desgagnés is studying medicine and has posted a perfect 4.33 grade point average since entering graduate studies in the fall of 2021, after maintaining a 3.99 average through his undergraduate studies. 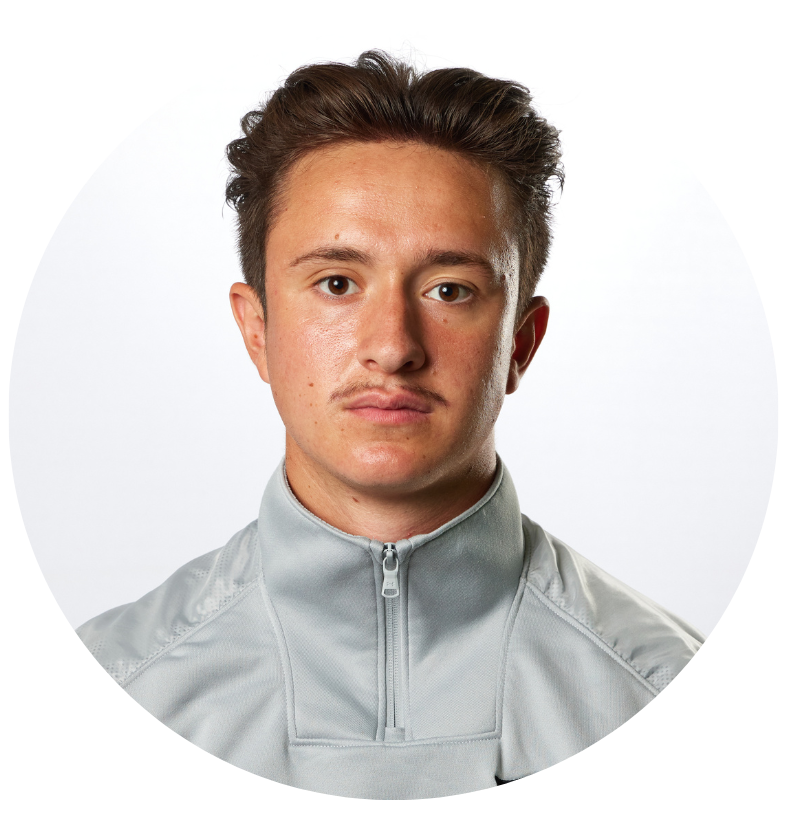 Mr. Garcia is one of the country’s top soccer defenders, as he contributed two goals and four assists in nine regular season games with the Carleton Ravens last season. Joining the Ravens in 2021, his overall defensive efforts helped lift the team to a U SPORTS silver medal, falling just short of the championship on penalty kicks. They also saw him recognized as an OUA East Division All-Star and a First Team All-Canadian. Mr. Garcia was also recognized as Ottawa’s Top Soccer Player of 2021 at the annual Ottawa Sports Awards.

Academically, he is in his second year of an undergraduate program in Law in the Faculty of Public Affairs at Carleton. Earning a grade point average of 11.11 out of 12, Mr. Garcia was a U SPORTS Academic All-Canadian and a member of the Dean’s Honours List last year.

Mr. Garcia is a youth coach in Gloucester, where he grew up before joining the former Montreal Impact Academy. He also teaches and mentors young soccer players with the Junior Ravens Program. 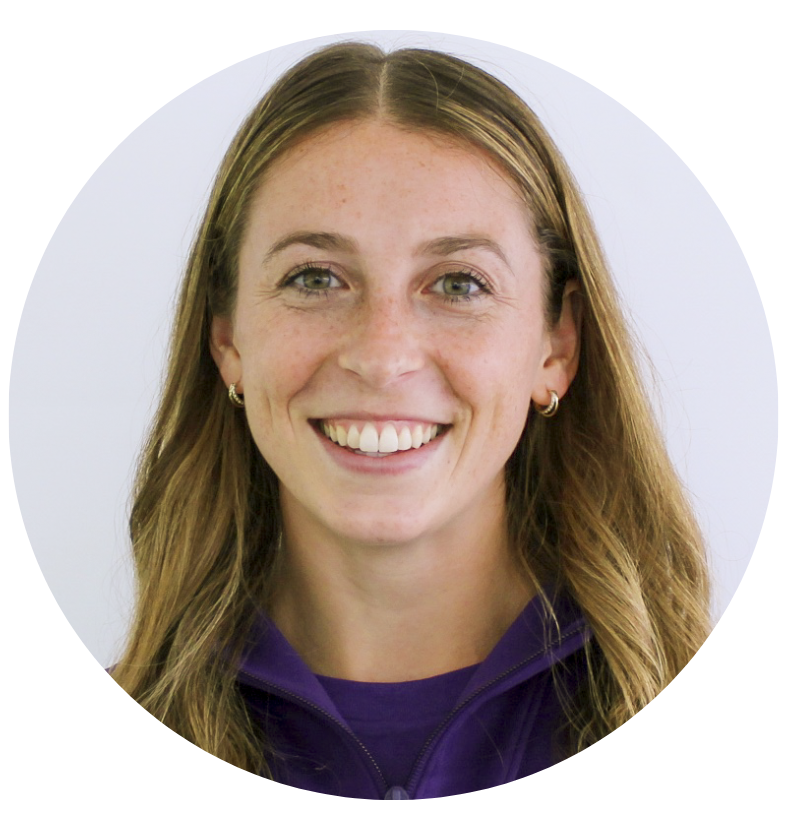 Kate Current is a two-sport athlete at Western, competing in both cross-country and track. Since joining Western in 2016, Ms. Current has represented the university at 10 U SPORTS championships, earning six OUA All-Star awards, and four U SPORTS All-Canadian awards. She is the school record holder in both the 3000 meters and 1500 meters, breaking records that both stood for 37 years and achieved a double-gold performance in both events at the U SPORTS championships last March.

Academically, Ms. Current is in her second year of graduate studies in Civil Engineering. She has achieved Dean’s Honour list every year since 2017 and completed her graduate studies courses with an average of 94%. In 2022, Ms. Current was awarded with the Alan G. Davenport Memorial Scholarship based on academic achievement and contribution to the wind engineering community.

Moreover, she is a three-time recipient of the D.C. Buck Engineering Award, given to a student in Civil Engineering who demonstrates leadership in extra-curricular activities. She was a member of Western’s Women in Engineering club throughout her undergraduate degree, focusing on creating an inclusive environment for women within the engineering industry. She also volunteered with Discovery Western’s Go Eng Girl and Go CODE Girl programs, which introduce high school girls to Engineering through games, activities, presentations, and workshops. 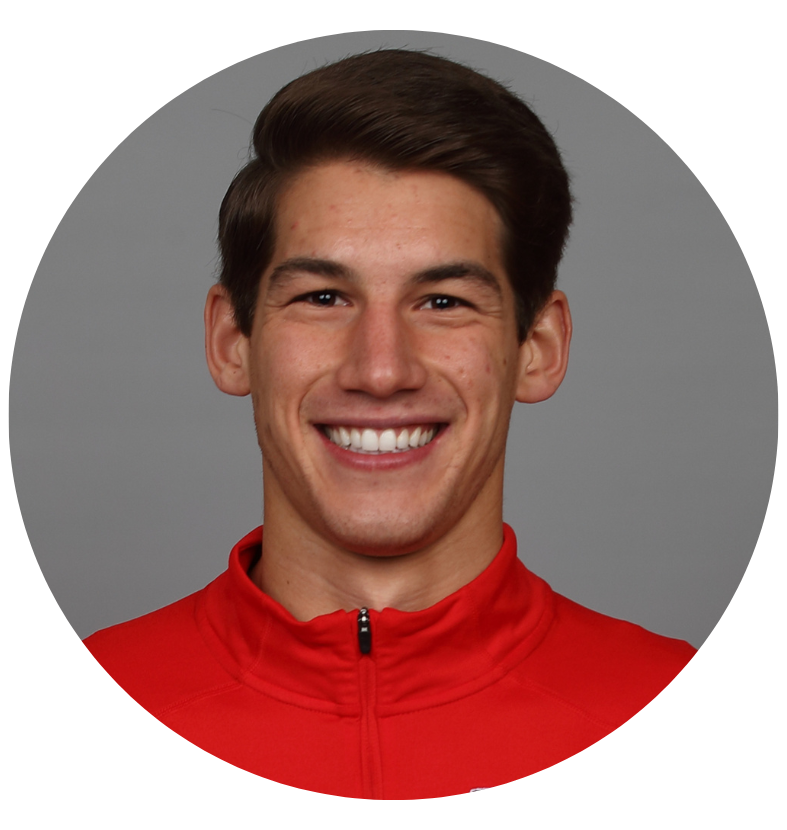 Mr. Lutz has been an important example of how high-level athletics can be married with significant involvement in one’s community. In 2021-22, he was given the Canada West and U SPORTS Student-Athlete Community Service Awards in both track and field and cross-country for his work. He works as a child and youth care counsellor in Calgary and is a volunteer athletic coordinator for the Calgary Spartans Track and Field Club.

Mr. Lutz graduated in 2022 with a Bachelor of Social Work with Distinction, ranking in the top 10 per cent of his graduating class. He is a four-time U SPORTS Academic All-Canadian, earning a 3.9 GPA during his degree, and in 2020 he was recognized with the ii’taa’poh’to’p Excellence Award, an award given annually to indigenous students at the University of Calgary for academic merit. 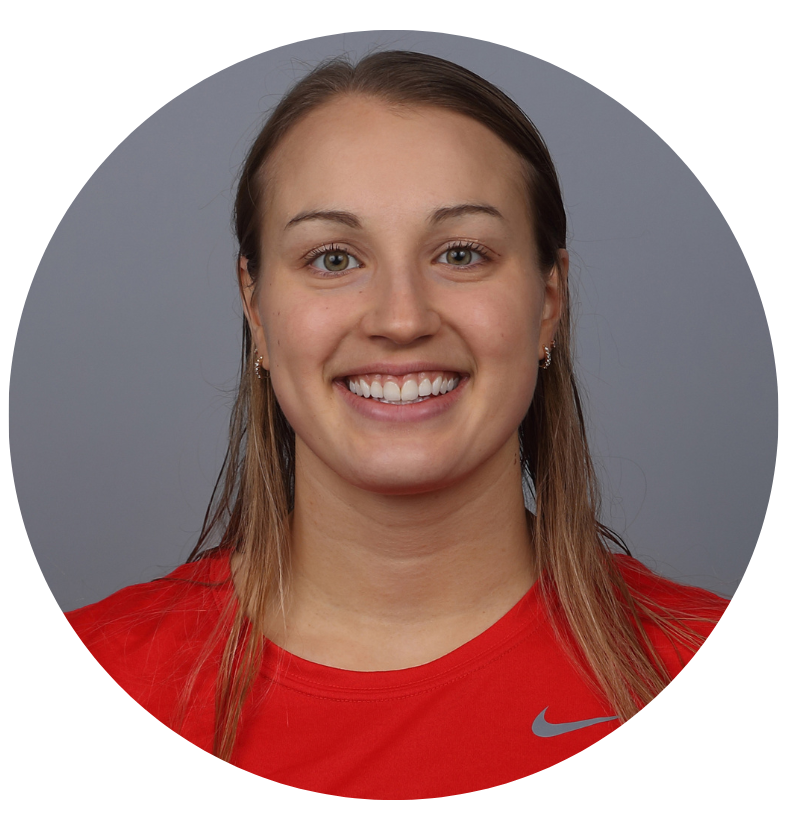 Coming out of a silver medal performance at the Tokyo Olympics in 2021, Rebecca Smith was a standout performer in U SPORTS swimming last year. She led her Calgary Dinos to the Canada West championship in late 2021, earning first-place results in six individual and team relay events and was named the Canada West Female Swimmer of the Year. She then followed this up with a stellar national championship. Ms. Smith set a new U SPORTS record in the 200-meter Butterfly and picked up three more first-place finishes in the 50-meter and 100-meter Butterfly and 100-meter Freestyle, as well as a silver in the 400-meter Medley Relay and two bronzes in the 400- and 800-meter freestyle relays. The 2019 U SPORTS Rookie of the Year for swimming and a 10-time U SPORTS champion, Ms. Smith also has four Commonwealth Games medals to her name.

View list of U SPORTS Academic All-Canadians by year and institution (as of January 20, 2023).

View the list of U SPORTS Academic All-Canadians by year and institution (as of January 23, 2023).