Alex Black of the Saint Mary’s Huskies men’s soccer team and Marilena Spagnolo from the Brock Badgers women’s soccer squad are the U SPORTS Male and Female Athletes of the Week for the period ending September 15, 2019.

A fourth-year forward from Halifax, N.S., Black scored both Huskies goals in Saint Mary’s 2-0 win over the Mount Allison Mounties Saturday in Halifax, N.S. He was named Subway Player of the Game for his efforts.

He then went on to score the game-winning goal in Sunday’s 3-1 win over the Acadia Axemen in AUS action.

He currently leads the AUS conference and sits tied for second in U SPORTS in goals with five on the season.

The fourth-year goalie stood tall amidst a flurry of action against the McMaster Marauders on Saturday en route to making a career-best 16 saves for the St. Catharines squad. Despite being peppered by shots all game long – including nine in the opening half – Spagnolo shut the door on the Marauders and secure her second clean sheet of the season in Brock’s 2-0 win.

Spagnolo’s stingy play continued into Sunday, when the Badgers travelled to take on York in OUA action. Spagnolo turned away all eight of York’s shots, including six in the second half, to shut the door on their opposition and help her team secure the valuable point.

The veteran goalkeeper now sports a .919 save percentage on the season to go along with 34 saves, both of which are good enough for third in the conference. Her save count also ranks tied for fourth in the nation. 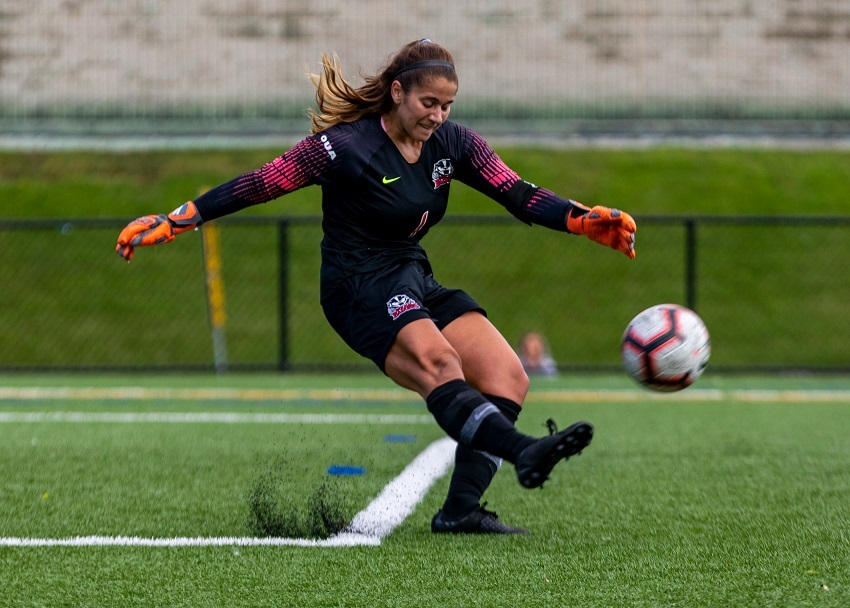