Trinity Western midfielder Jenaya Robertson was honoured with the Chantal Navert Memorial Award as U SPORTS women’s soccer Player of the Year Wednesday night, as the national award winners were celebrated at the annual All-Canadian Gala.

Cape Breton Forward Alliyah Rowe captured Rookie of the Year, while Dalhousie defender Sydney Kenney earned the Student-Athlete Community Service Award for her outstanding contribution both on and off the playing field. UQAM bench boss Alexandre DaRocha was named Fox 40 Coach of the Year. 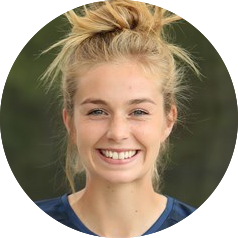 Spartans fifth-year captain Jenaya Robertson had a year to remember, setting TWU’s single-season goal-scoring record by tallying 14 on the year. The star midfielder captained TWU to one of its most successful seasons in history, as the team took first place in the Pacific Division with a 12-1-1 record – a mark that equaled TWU’s record for most points in a season with 37 (2011).

Individually, Robertson’s 14 goals led the conference by a five-goal margin, closing out the regular season on a six-game goal-scoring streak. Playing in the toughest division in the country, Robertson’s 14 goals also put her in a tie for second in U SPORTS. Her 19 total points tied her with teammate Rachel Hutchinson atop the Canada West and U SPORTS leaderboard.  Robertson, who studies business, becomes the third Spartan to win the award, joining Spartan alum Jessica King (2014) and former teammate Seina Kashima, who captured the award last season.

“What an incredible honour for a very special player and person in our program’s history. Jenaya is so deserving of this award not only because of her incredible season but because of how consistent she has been as a player and leader throughout her career,” said Trinity Western head coach Graham Roxburgh. “Her statistics this season only tells part of the story, as she is a relentless worker in midfield and does so many of the little things that go unnoticed. She has a drive and ambition to get better every time she steps on the field whether that is in training or in Canada West competition.  I am delighted for her to be recognized across the nation for the impact player that she has always been.” 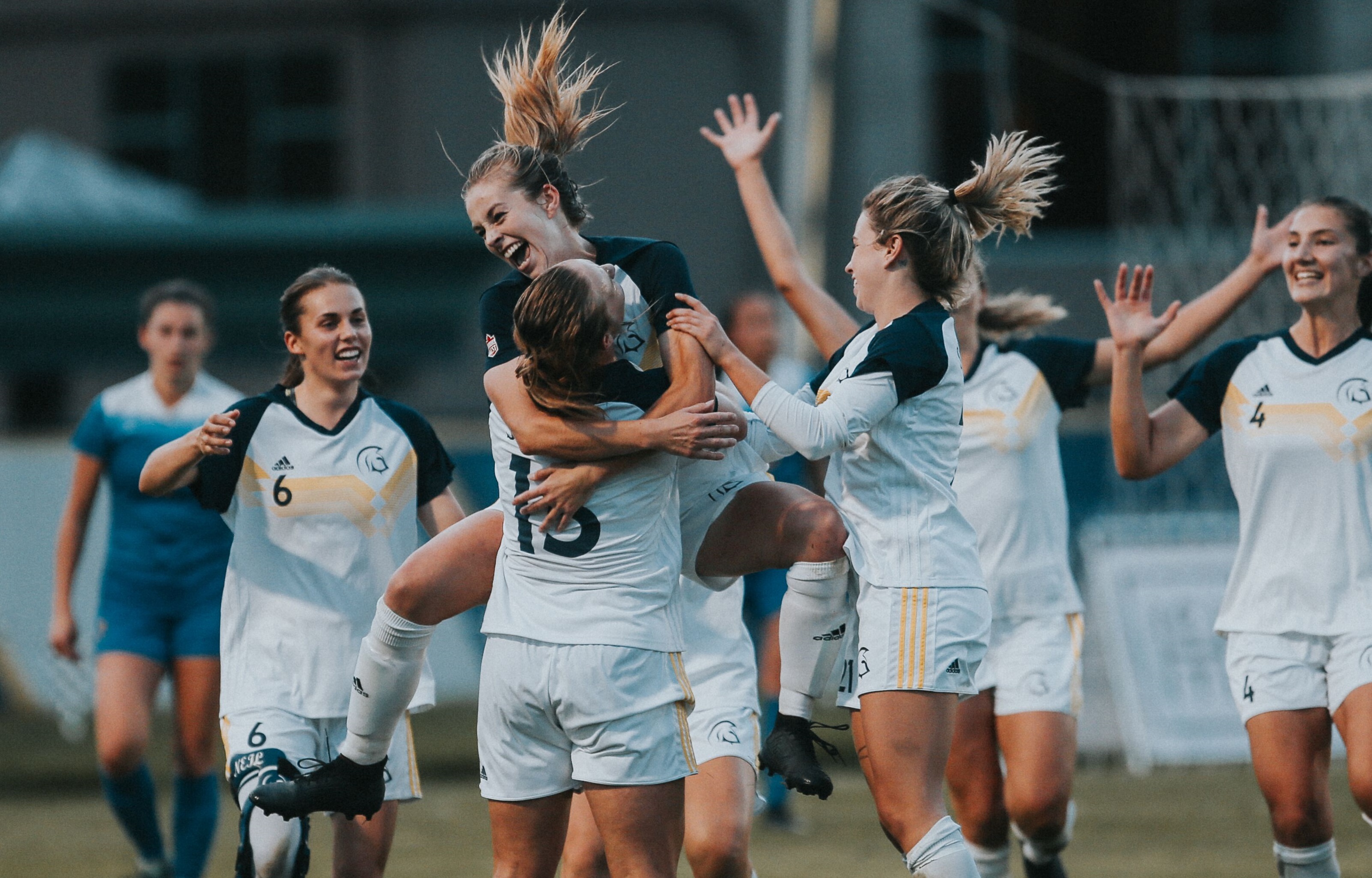 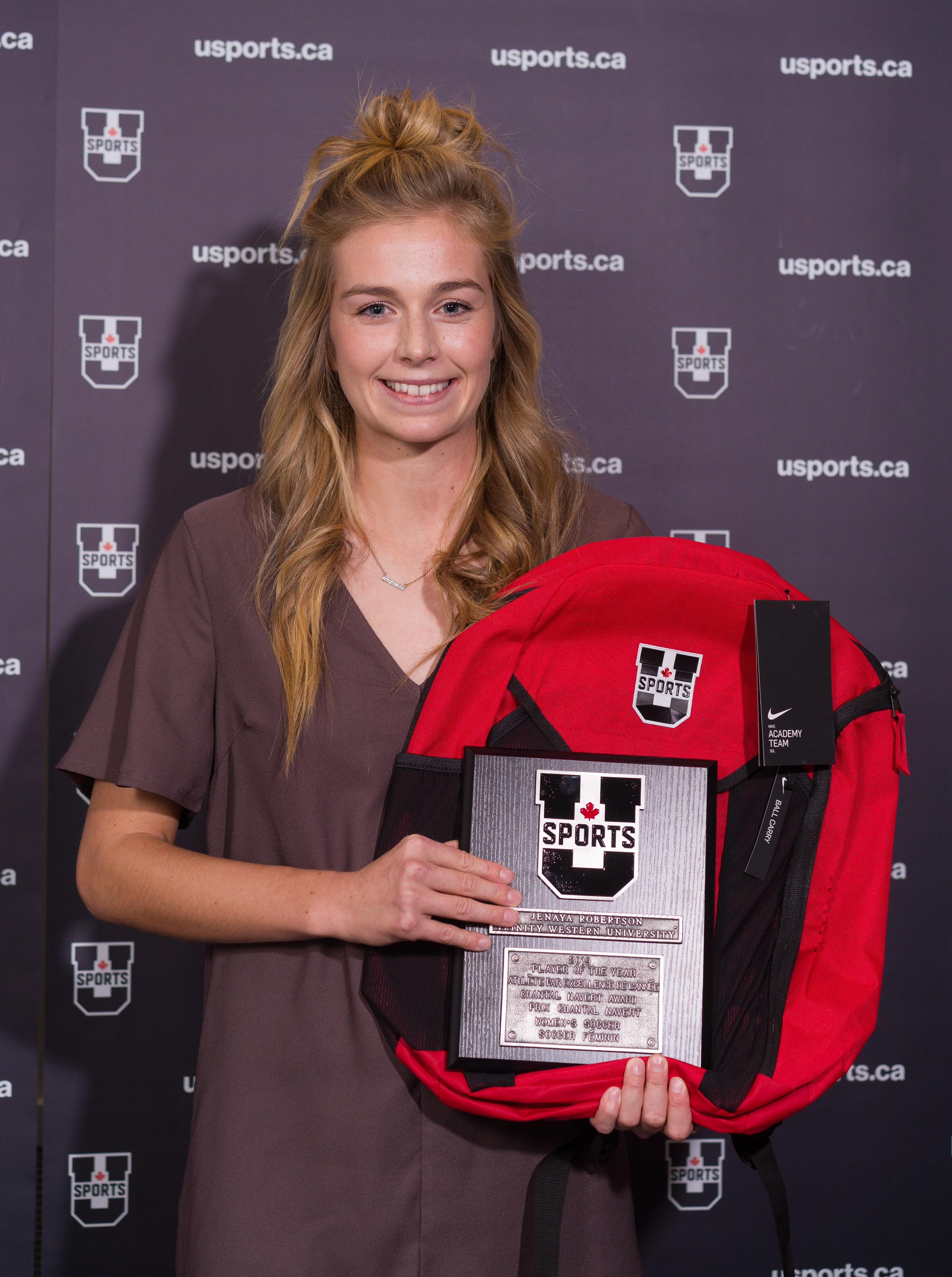 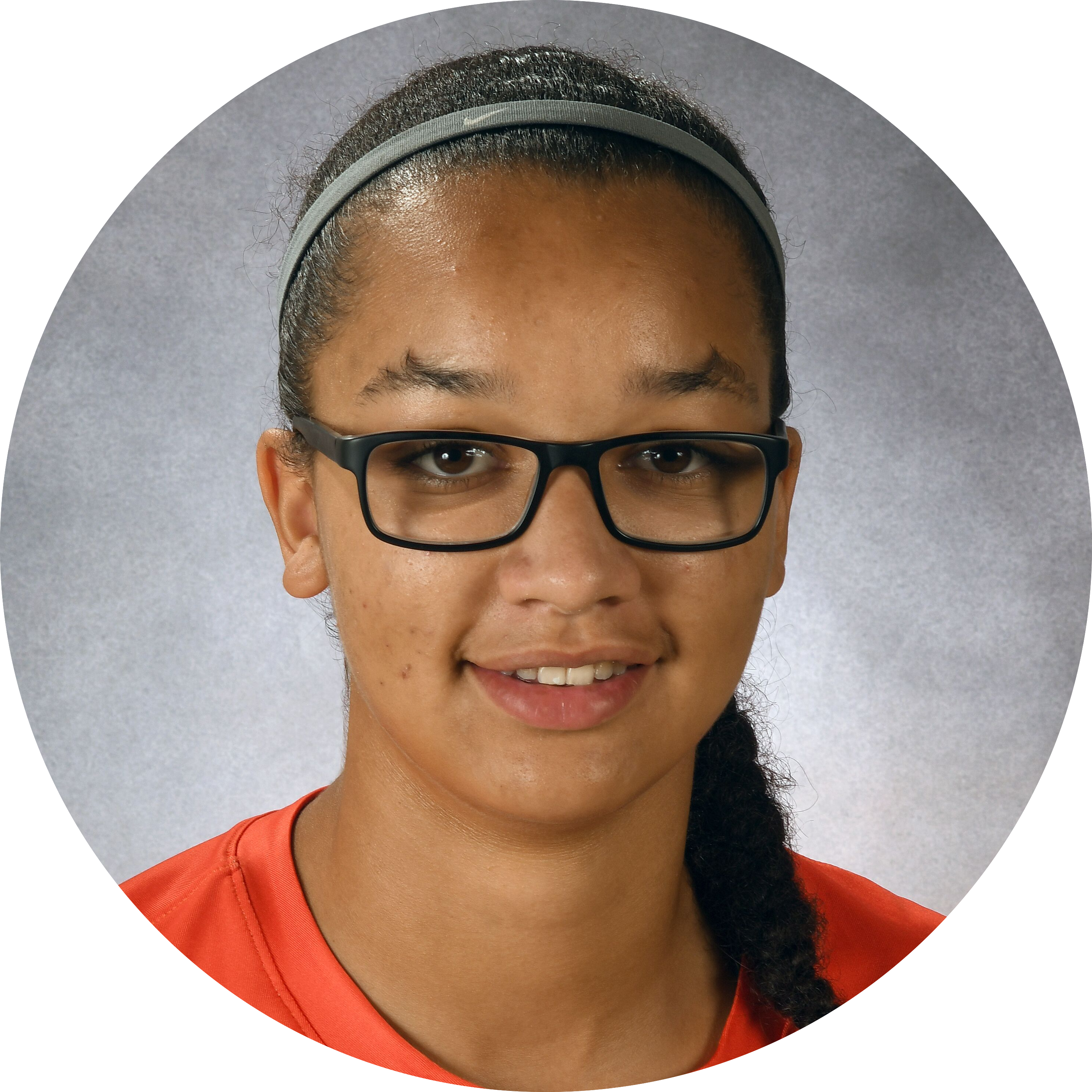 An arts student from Kitchener, Ont., Rowe had a dominant first season with the Capers. She led the AUS and tied for second nationally in goals with 14 on the season. Her 15 total points tied her for first in the conference and ranked fifth in U SPORTS.

She started in all 12 regular season games for the Capers this season and was named Subway AUS Player of the Game on three occasions – Sept. 14 versus Dalhousie, Oct. 5 versus Mount Allison and Oct. 26 versus Moncton.

Rowe scored two goals and assisted on a third in the AUS final as the Capers won their third consecutive title with a 3-2 victory. Rowe also tied for first in the conference in game-winning goals this season with five.

“Ally has been an impact with our team since day one. She shows great composure on the ball as she leads our front line,” said Cape Breton head coach Ness Timmons, ”She possesses a high soccer IQ, and is constantly working to improve her game. She is a true pleasure to coach.” 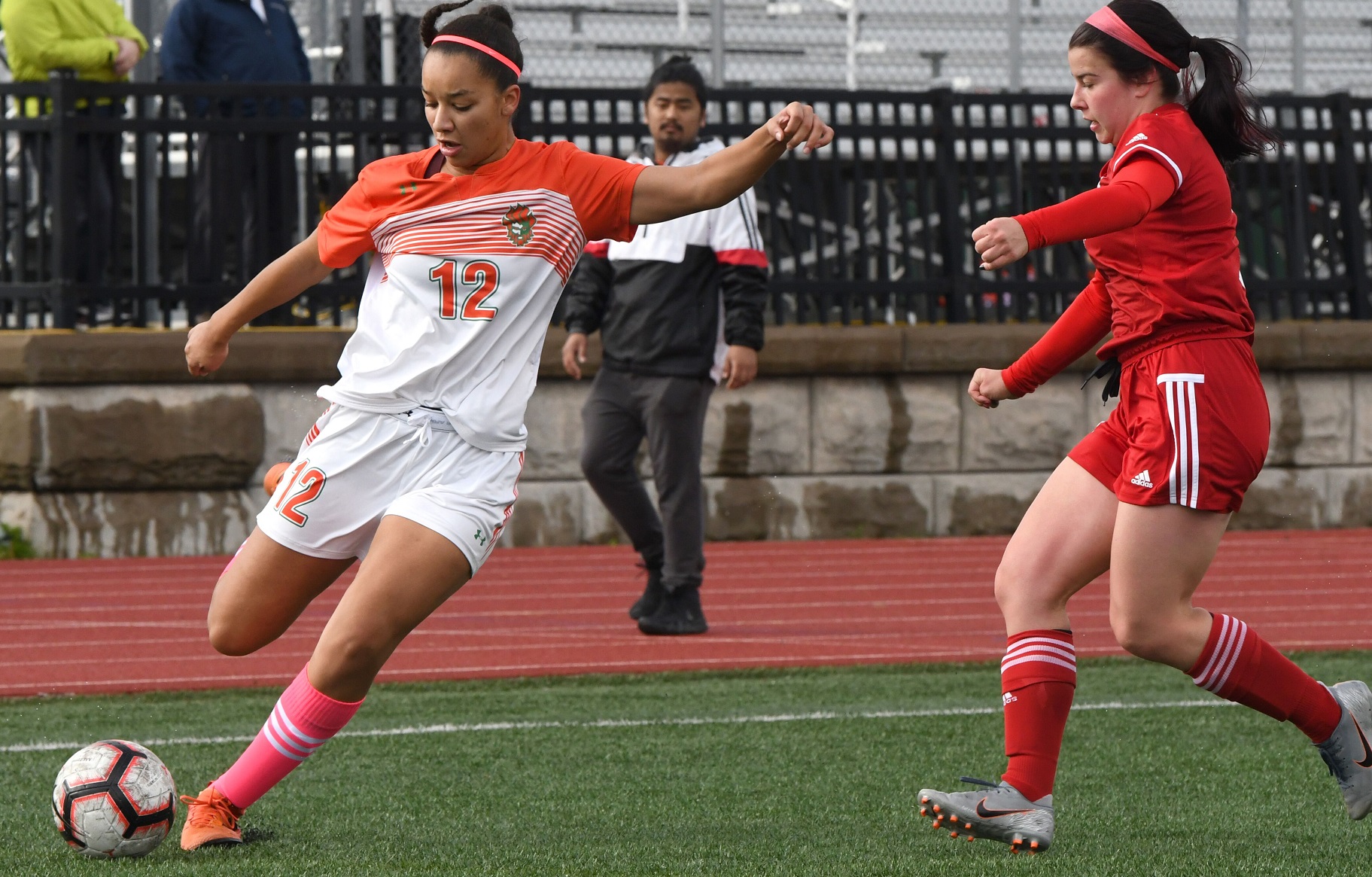 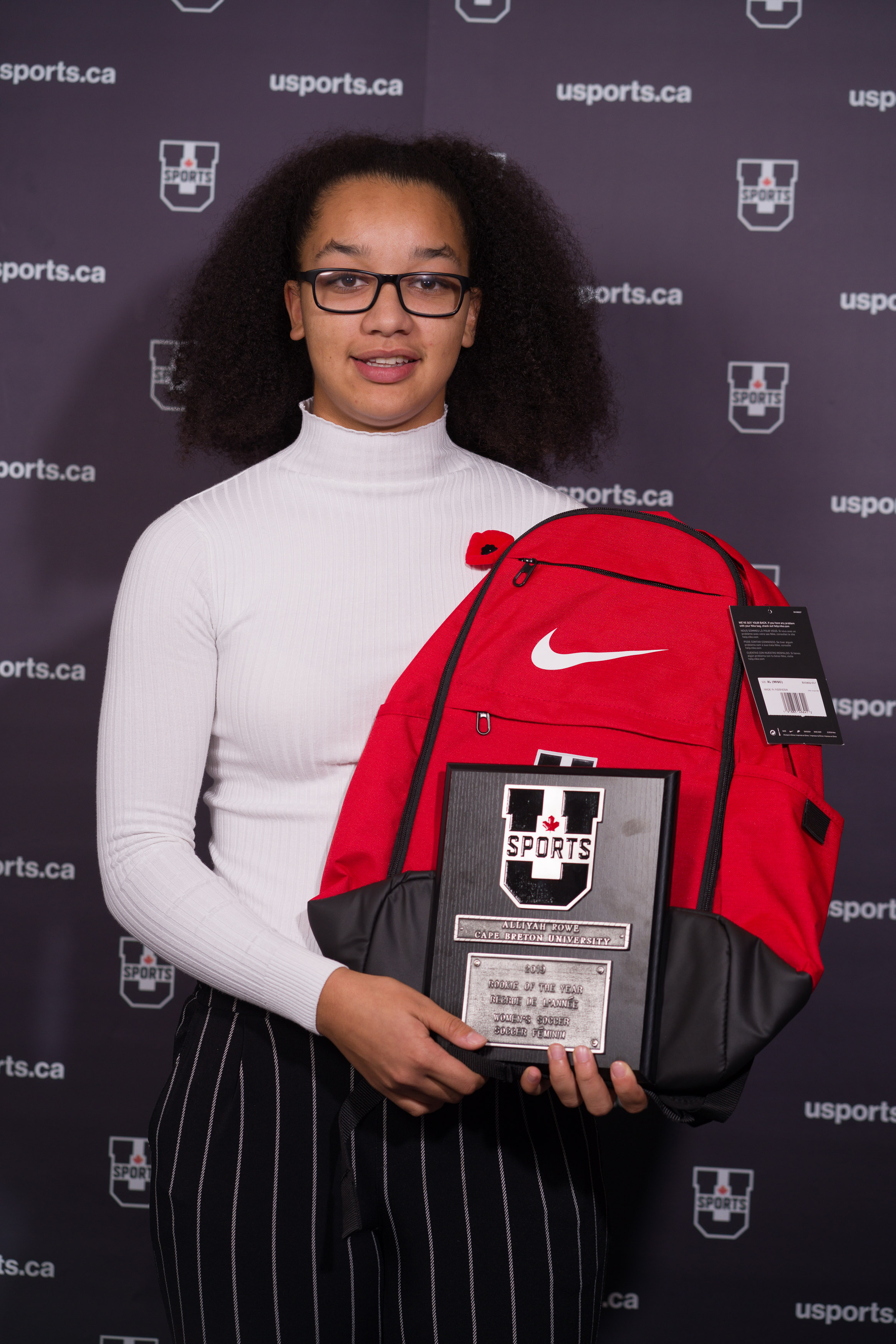 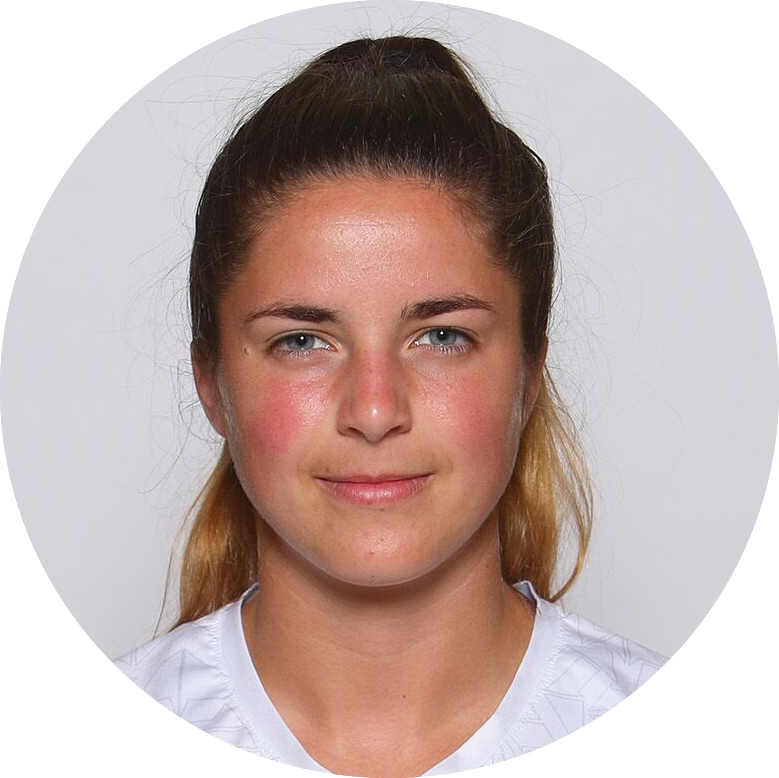 A neuroscience student from Halifax, N.S., Kenney has had success on the soccer field and in the classroom, while also volunteering her time in the community.

She played in all 12 games for the Tigers this season, starting in 11 of them. The fourth-year defender helped the Tigers to a 6-3-3 record, with just eight goals allowed all season.

In the classroom, she is a three-time Academic All-Canadian, boasting a 3.94 GPA and hopes to pursue a career in medicine in the future.

She is heavily involved in the community both on and off campus. Off campus, she volunteers her time with the Veterans Memorial Hospital, Victoria General Hospital and the IWK's Children's Heart Centre.

On campus she has leant her time to initiatives such as SAMHI (Student-Athlete Mental Health Initiative) and the Special Tigers program (volunteering with young people with intellectual disabilities).

Kenney is the first player from the Dalhousie Tigers to receive the women's soccer Student-Athlete Community Service award, since its inception in 2005.

“Sydney has been a consistent performer playing in every game of her four years with us,” said Dalhousie head coach Cindy Tye. “An academic All-Canadian each year, she has given back to the Dalhousie and Halifax communities through many initiatives and we are proud she is being recognized.” 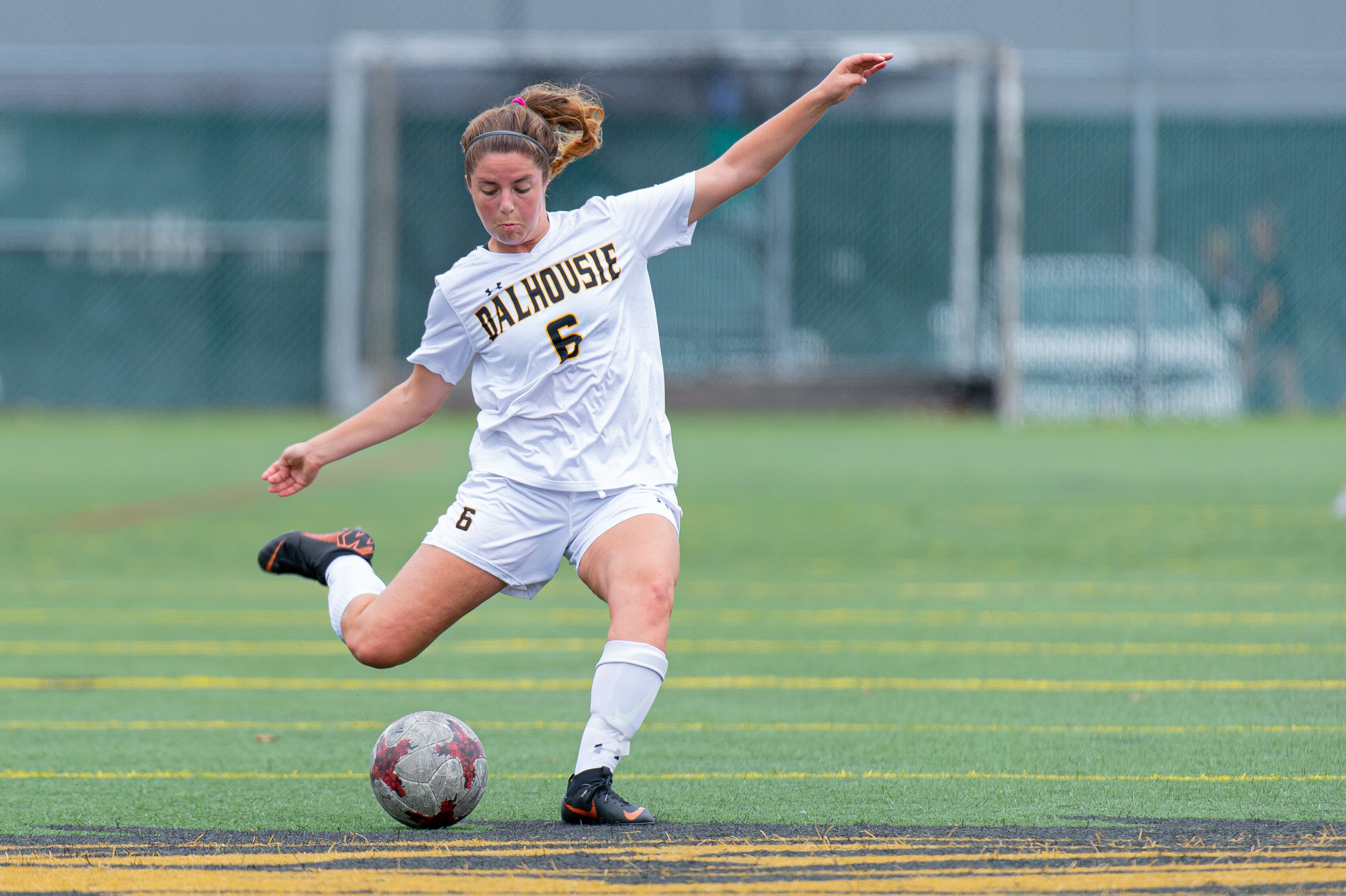 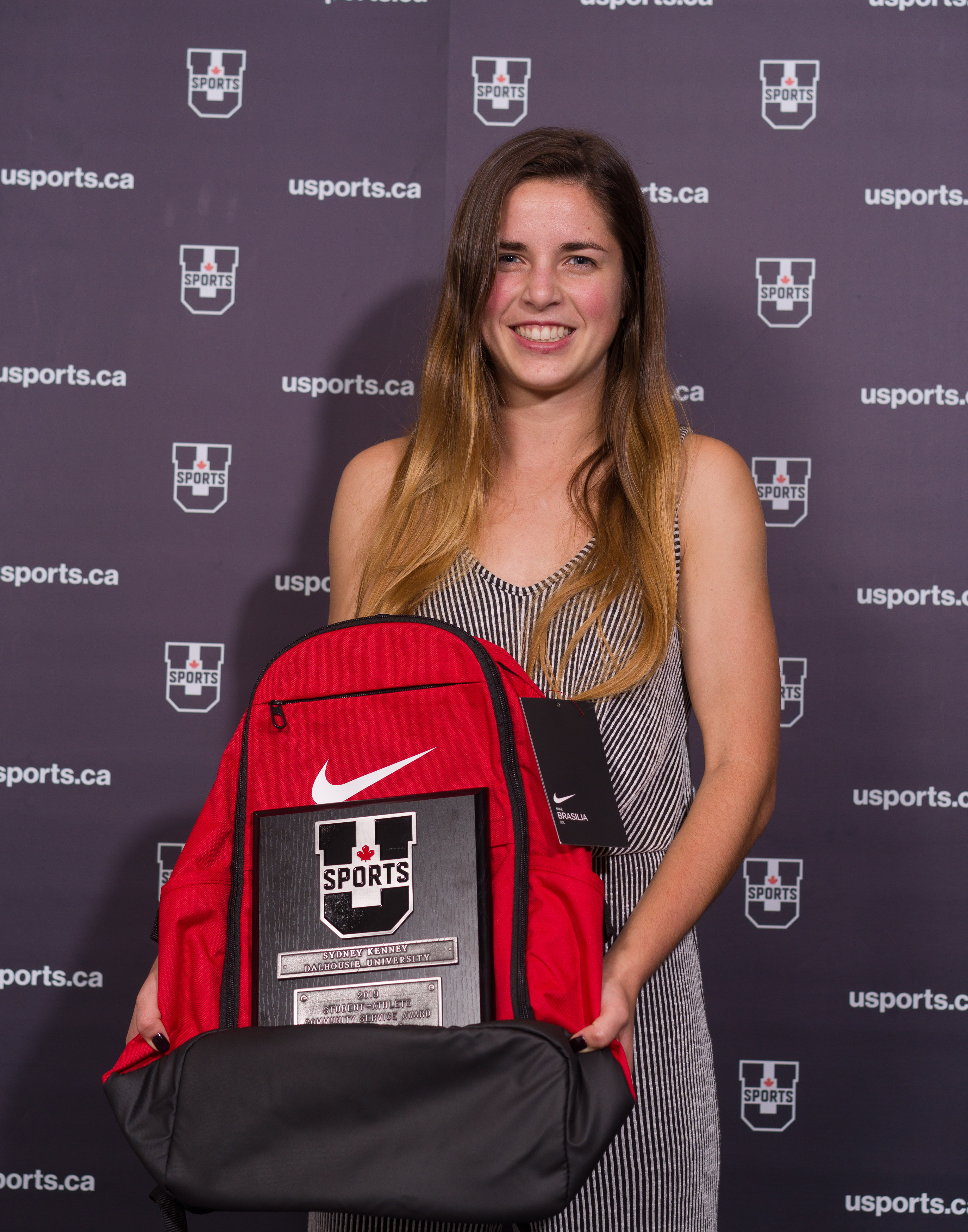 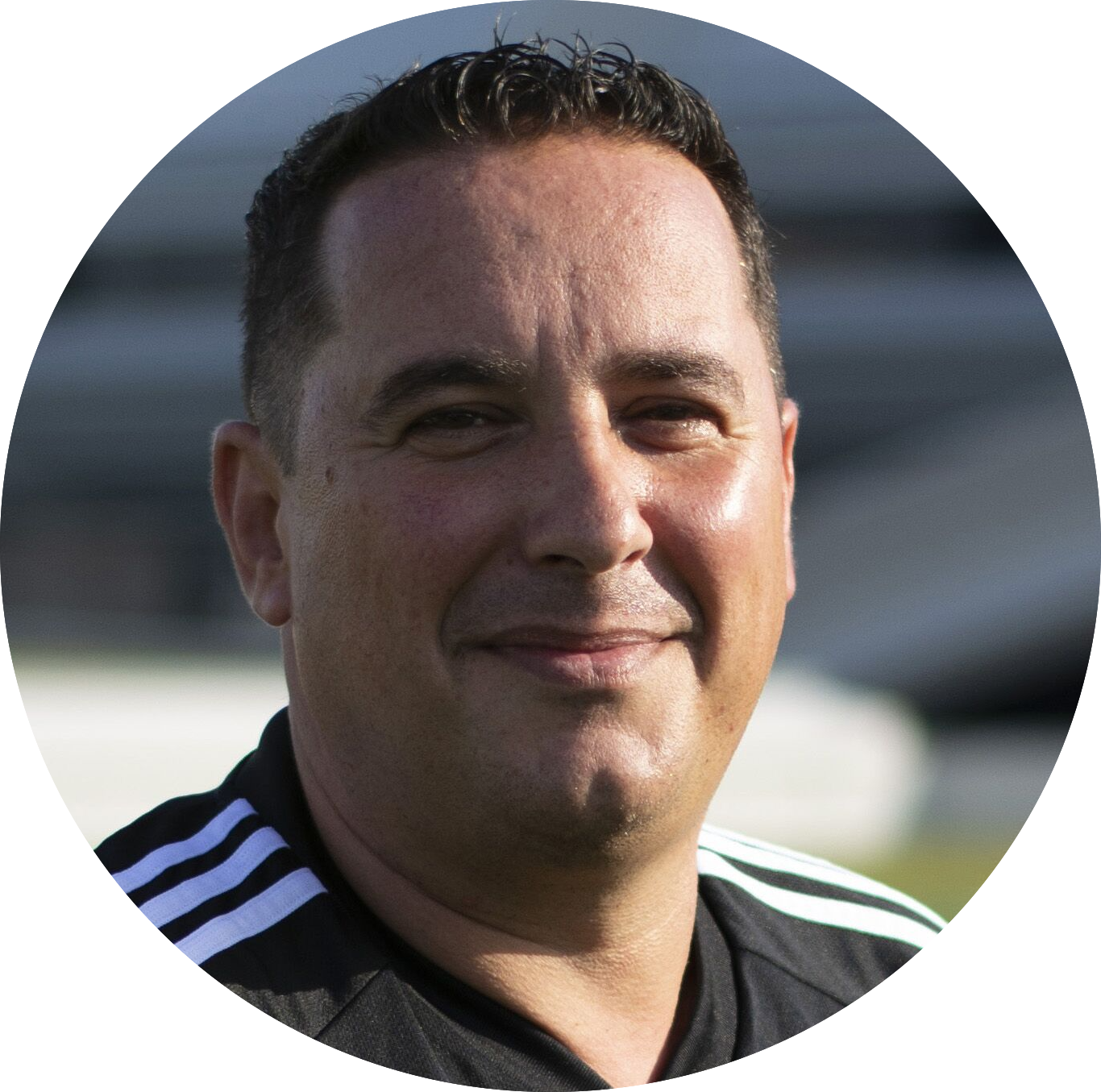 Alexandre Da Rocha started with the UQAM Citadins in the Fall of 2012. He arrived on the scene with an impressive resumé – having served as a U20 national team assistant coach, as a technical director for two soccer clubs on the South shore of Montreal and as a coach at the National high performance center of Canada Soccer and Soccer Québec.

He started the rebuilding of the Citadins program from then on with a history of 18 years of missing the conference playoffs. Over the last seven years, the overall record of the team gradually improved and with the help of solid assistants and support staff, UQAM became a potential destination for student-athletes who wanted to be part of building a competitive program. Over the years, DaRocha and his staff were able to convince high level student-athletes to join and many of them are now recognized on various All-star selections.

In the Fall of 2019, DaRocha and the Citadins broke all of the existing school records - mark of 13-2-1, the most goals scored and clean sheets recorded in a season, and the most selections on the RSEQ All-Star and U SPORTS All-Canadian teams. The success resulted in the team’s first participation in the RSEQ playoffs and championship game, where the dream season ended against the Montreal Carabins.

“The Citadins ended up falling short of participating in their first-ever national championship,” said UQAM athletic director Daniel Méthot. But there is no doubt that under the guidance of Coach Da Rocha, UQAM is here to stay in Women’s University soccer.” 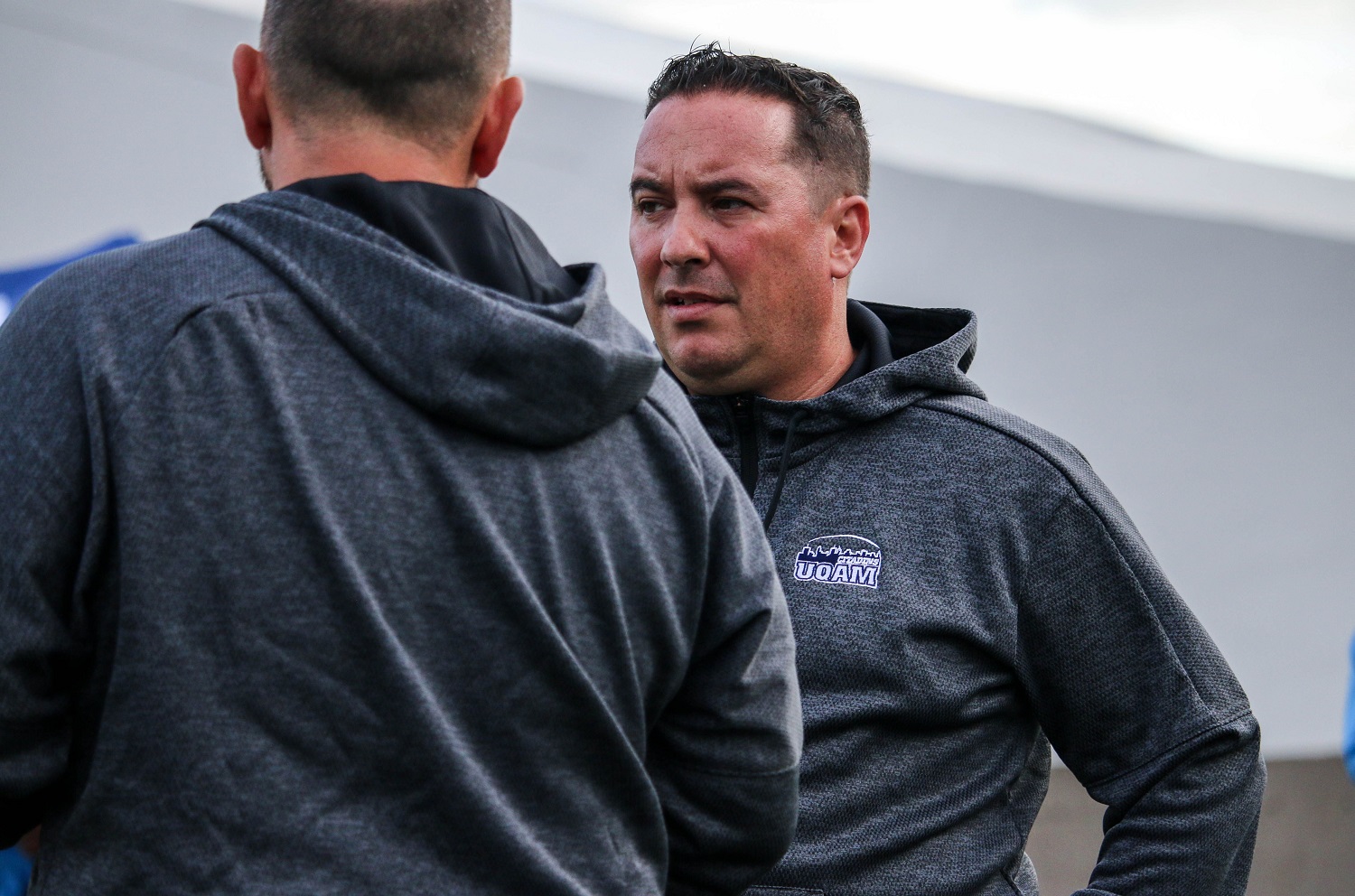 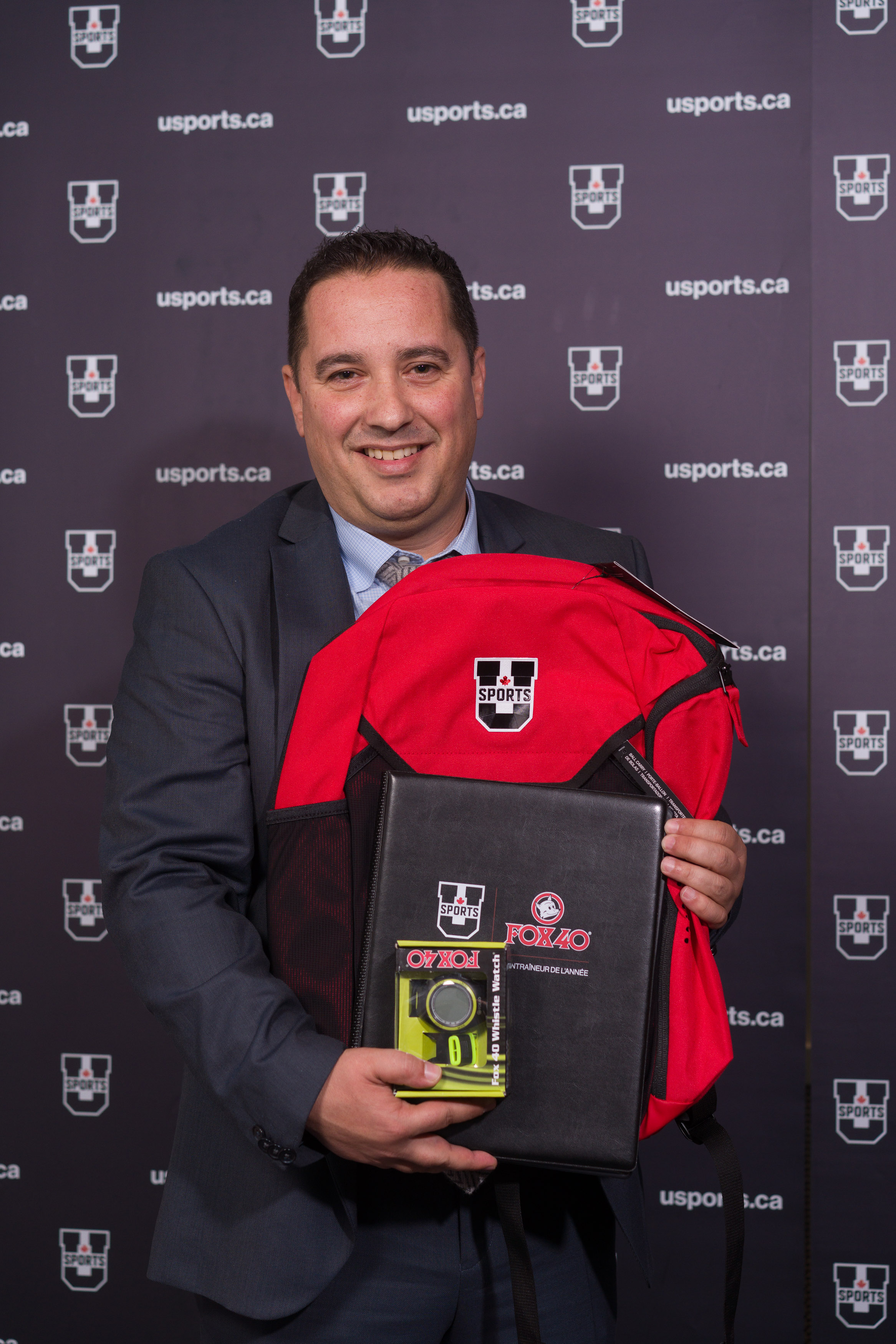