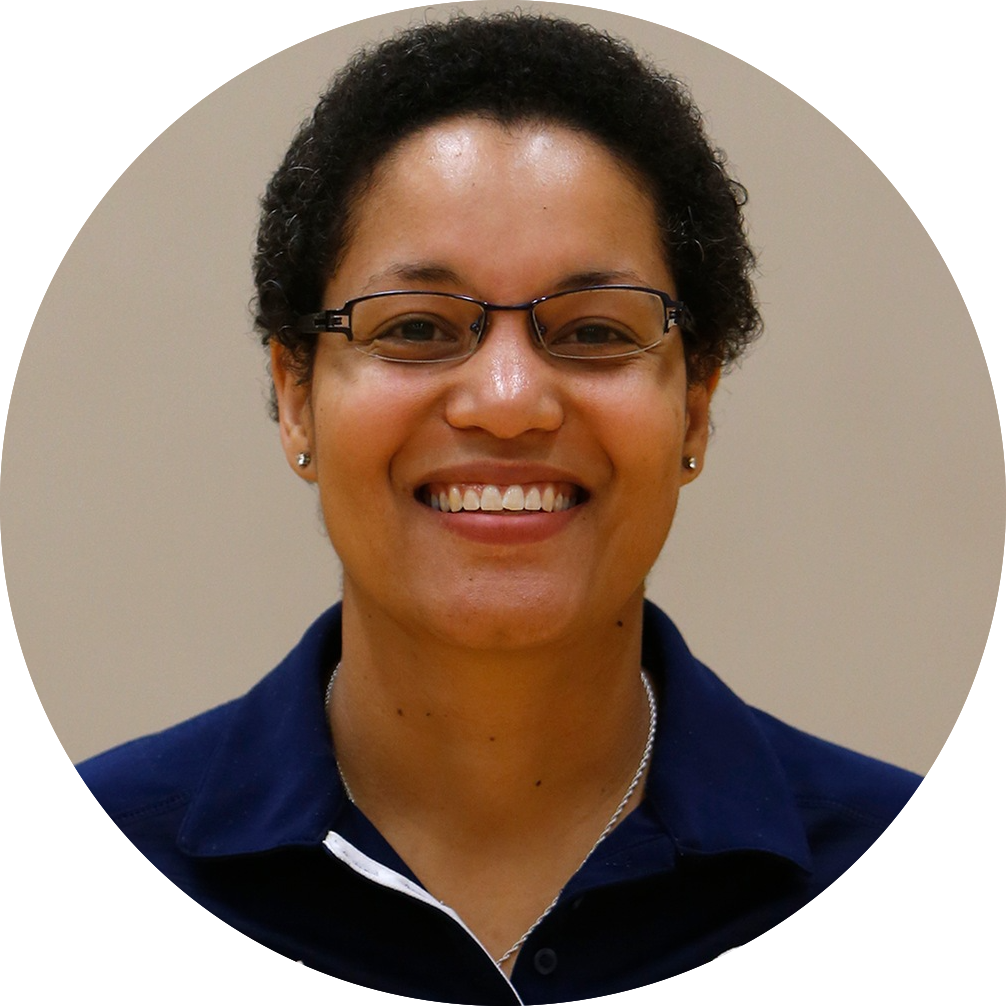 1. How did you first get involved in coaching? What was your path to your position as head coach of TWU?

I started helping with my youngest sister’s club team when I was a university athlete. The team was made up of elementary students and the coach was a parent who appreciated my knowledge of the game and the fact that I could be a great role model to the girls. It was very satisfying to see someone start from not being able to dribble a ball to being able to complete a lay-up and develop a better understanding the game.

I started coaching regional and club teams in the spring and summer, and then after university started coaching at the high school level. I’ve been coaching 11-12 months of the year ever since, so it’s been more than 17 years of coaching. My university experience really captured my interest in coaching professionally and that led to provincial team opportunities in Manitoba and head coaching at the college level in Winnipeg. Having played at Manitoba, I was really hoping for a head coaching position in western Canada and Trinity Western presented the unique ability to combine my love for basketball and my faith.

Every person that has coached me or led me in any capacity has been an influence on who I am as a coach today. And not just because of great experiences I’ve had with them. I realized early on that every person you encounter has something to show you, reveal to you about yourself, or help you to understand the consequence of a certain action. It’s up to you to gain the knowledge and apply it at the right time and learn from when you get it wrong.

A work in progress. It doesn’t really matter how I describe myself, since every athlete will have a different perspective depending on their past, their experience in our program, and their background. Those that I have been able to build trust with will likely describe the high standards and expectations that we have in our program, that academics, team culture and off-court behaviours are just as important, if not more important, than what happens on the court. 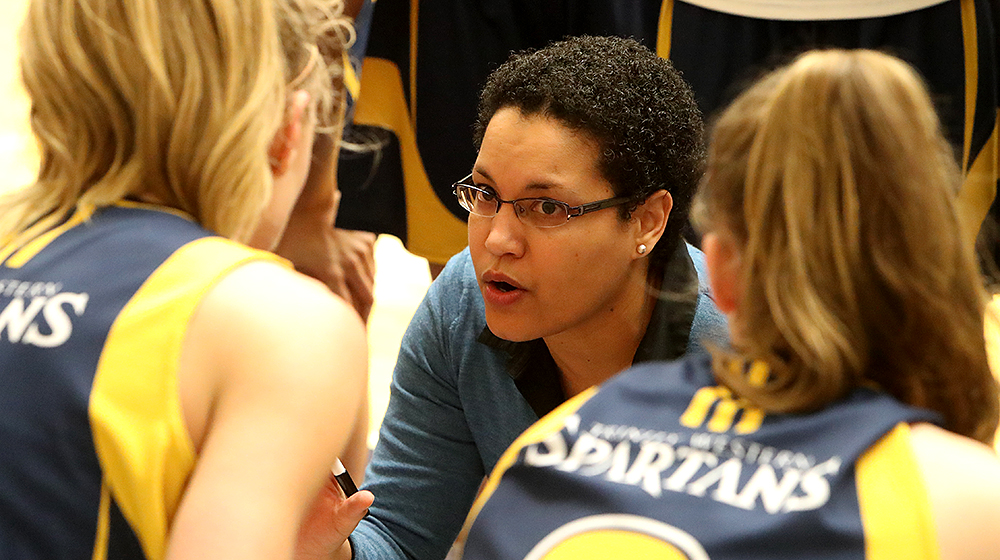 That can be a challenge for many, but rewarding when they understand how to take care of themselves, speak for themselves, and achieve high standards and goals because of the confidence in the work they’ve put into their process. Playing basketball isn’t typically a long-term relationship for university athletes as most won’t continue on in a professional capacity, but the skills they take into future job experiences and relationships can help define who they are for the rest of their lives.

I admire the San Antonio Spurs organization, not just for their coaching but for the culture that they have created. Coach Popovich lets the product speak for itself and never speaks to inflate. The people they bring into their coaching circle and roster are typically solid people who bring richness to the program. Becky Hammon is obviously one of those people – she has done great things for female coaches without it being about being a female coach. She loves the game and just wants to coach basketball players.

I’m pretty standard but the athletes do have to learn how to “tell a story” when they travel on road trips with me. I think this generation is losing their ability to just tell a good story because social media does all the work for them. So typically the phones get put away and we tell stories like the first time you got into a fist fight, or the worst food you’ve ever eaten. I love watching them interact with each other over the span of the season when they don’t even realize their phones have been put away for awhile and they haven’t missed out on anything.

I don’t think it’s about one moment, but the journey through hundreds of moments our program has experienced over the past eigth years. We went from a 3-21 team in 2010-11 to being a few points shy of qualifying for Nationals at 16-4 this year. That has taken a lot of blood, sweat and tears (the tears being mostly mine of course – haha). I am so thankful for the early generations of Spartan women’s basketball athletes who believed that it could happen and are now mentors to our athletes and helping them achieve what was once unattainable. 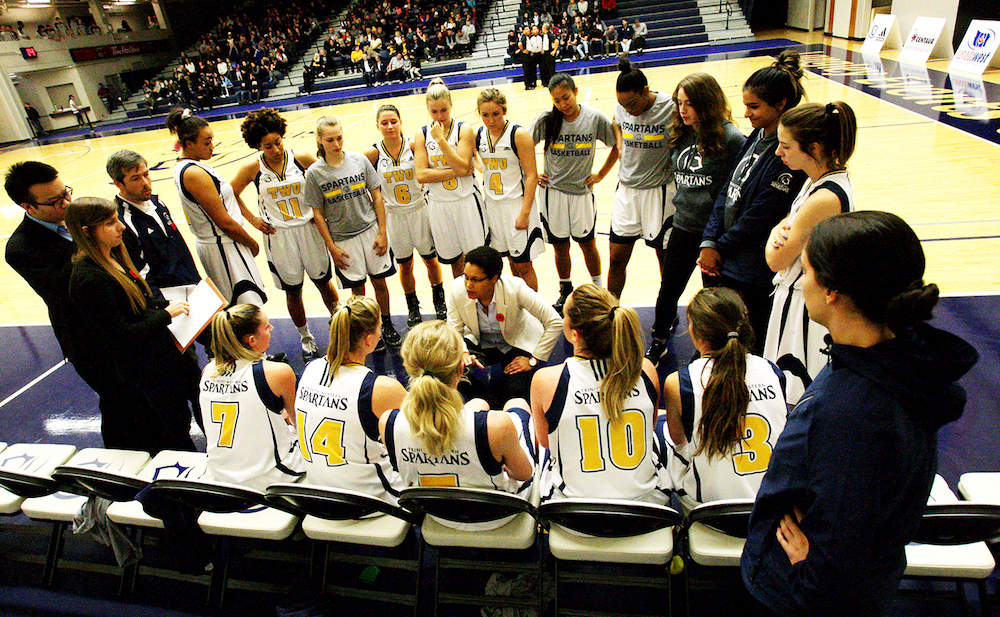 All of the individual awards are just a reflection of their faith and time spent building the foundation of what we are enjoying and working hard for now. But I would say the “firsts” have been special. First time beating a certain team or coach, first time winning in a tough gym, first time qualifying for playoffs, making it to quarter-finals, winning a series and hosting a Canada West medal game. Hopefully there are many more to come.

The process is important in achieving the outcome and the work isn’t quick or easy. Being a successful university student-athlete takes time and it’s important not to lost focus. Transitioning from high school to university has a lot of different aspects of change, all of which present challenges and it’s important to build trust with teammates and coaching staff to help survive the initial few months.

I’ve recently completed my master’s of arts in leadership, and that process of evaluating myself as a leader has been interesting. I’ve learnt from the coaches and mentors I’ve had throughout the years and I’m always looking to improve my understanding of the game, but the core values have stayed the same. I believe that my faith has structured who I am as a coach but that anything worth pursuing comes at a cost and requires discipline, focus, and intentionality.

I don’t take what I do or the role I play in my athletes’ lives lightly. I believe it’s important for student-athletes to appreciate the skills and gifts they’ve been given, thankful to those that have helped them along the way, and pay it forward so others can experience the same great opportunities they have had.

I’ll let you know when I’m not actually in coaching mode, but honestly, I love to read. I’m usually reading three books at a time – one fiction novel that I can read in one sitting, another coaching or leadership book that I process and try to apply and another that focuses more on my faith and spiritual development, so I read through it quite a bit slower so I can take in all the information. I also enjoy playing piano – I’ve been playing since I was a small child and it’s provided stress relief for as long as I can remember. 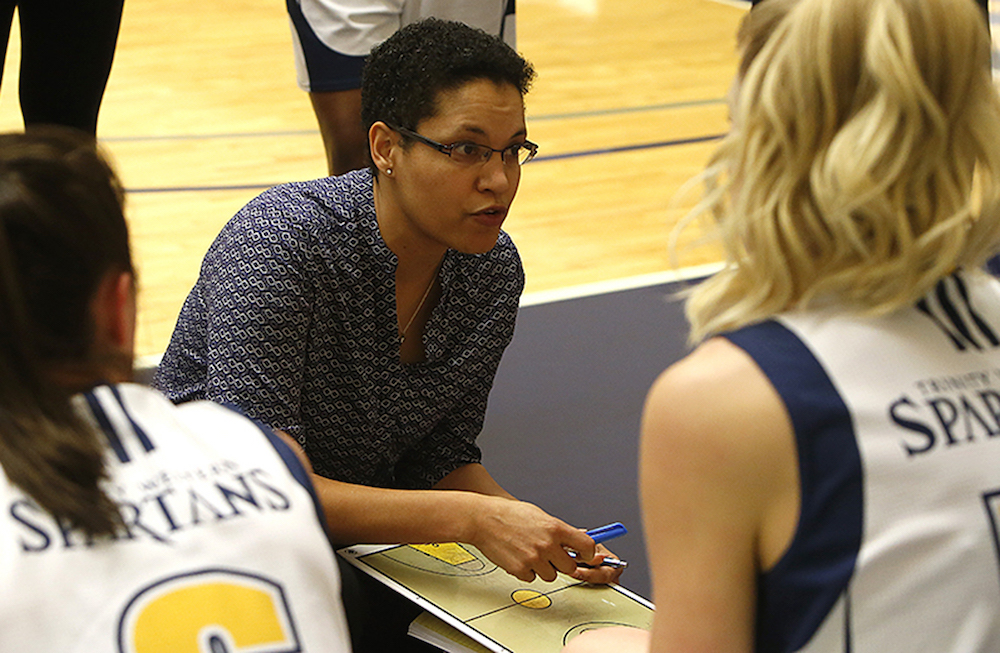 My mom could always tell what type of day I had at school based on the intensity of the piece I’d play. I would typically walk into the house and start playing the piano right away. So if it was Mendelssohn’s “Song without Words” it was a good day but if I was playing Chopin’s Valse, then they knew to give me space.

When we travelled to Japan and China this fall, I forgot to bring inside shoes to wear in the gym at our first game and had to wear slippers throughout the game. They didn’t fit very well so I had to shuffle around to keep them on my feet. The athletes were amused and had a hard time taking me seriously, especially during timeouts. But it makes a great story now.

Getting to know your U SPORTS student-athletes: Kayla Ivicak, MacEwan Griffins