For the first time in program history, the Guelph Gryphons can say they’re U SPORTS women’s hockey champions.

In a storybook ending, captain Kaitlin Lowy deposited the historic goal late in the second period, propelling the Gryphons past the McGill Martlets 1-0.

“I pretty much blacked out,” Lowy said of her goal. “I haven’t had time to digest the magnitude of this, but right now I’m just really proud of this team and we’re honoured to be part of a historical championship.”

Head coach Rachel Flanagan has coached the Gryphons for the past 12 years and was understandably emotional following the win. 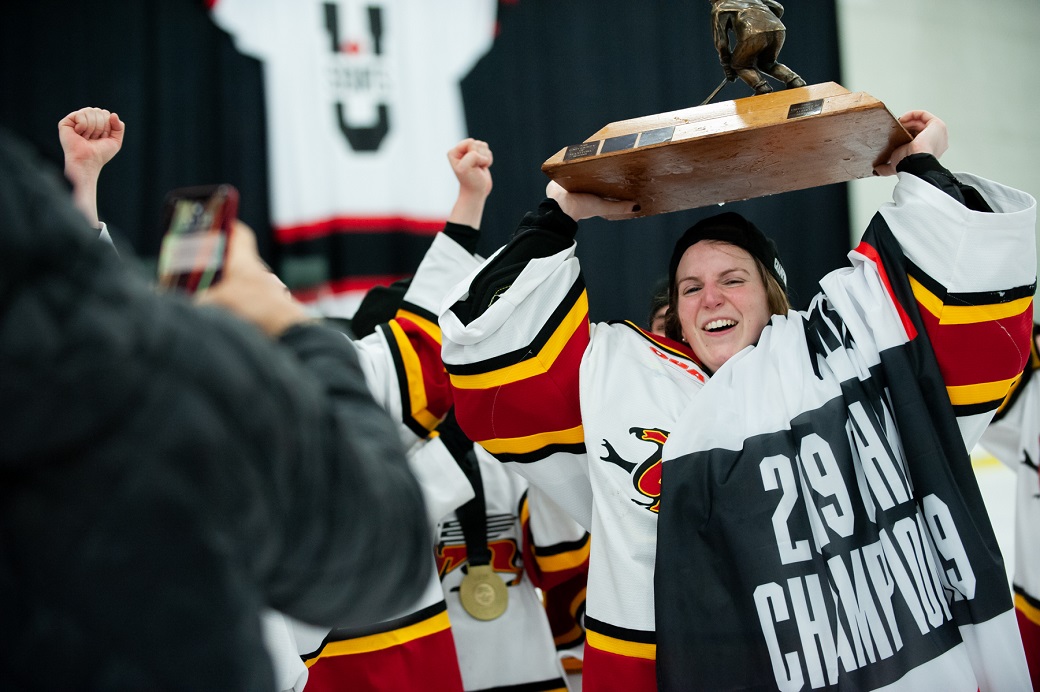 “You can’t win without a special group,” she said. “We had players who put the team on their back this weekend. It wasn’t just our leading scorers. It was everybody up and down our lineup.”

Flanagan was quick to recognize her on-ice leader, who was dealing with a separated shoulder she injured six weeks prior to the tournament.

“Kaitlin is being modest and humble when she says it’s the entire group. She has a couple fifth-year captains who are with her and their leadership this year has been outstanding.”

Fifth-year goaltender Valerie Lamenta was named a tournament all-star and for good reason. The Quebec native recorded two shutouts against Quebec-based teams (Montréal and McGill) during the championship.

“It’s been an amazing five years at Guelph,” said Lamenta. “But this is really a dream come true being able to say this is my last game in a Guelph Gryphons jersey.”

With everything on the line, both teams came out hungry eyeing the Golden Path Trophy - league’s biggest prize. Neither opponent gave an inch in an evenly matched first period. Each team tried to get pucks in front, but the goaltenders were eagle-eyed alert and turned away anything that came their way in a scoreless frame. 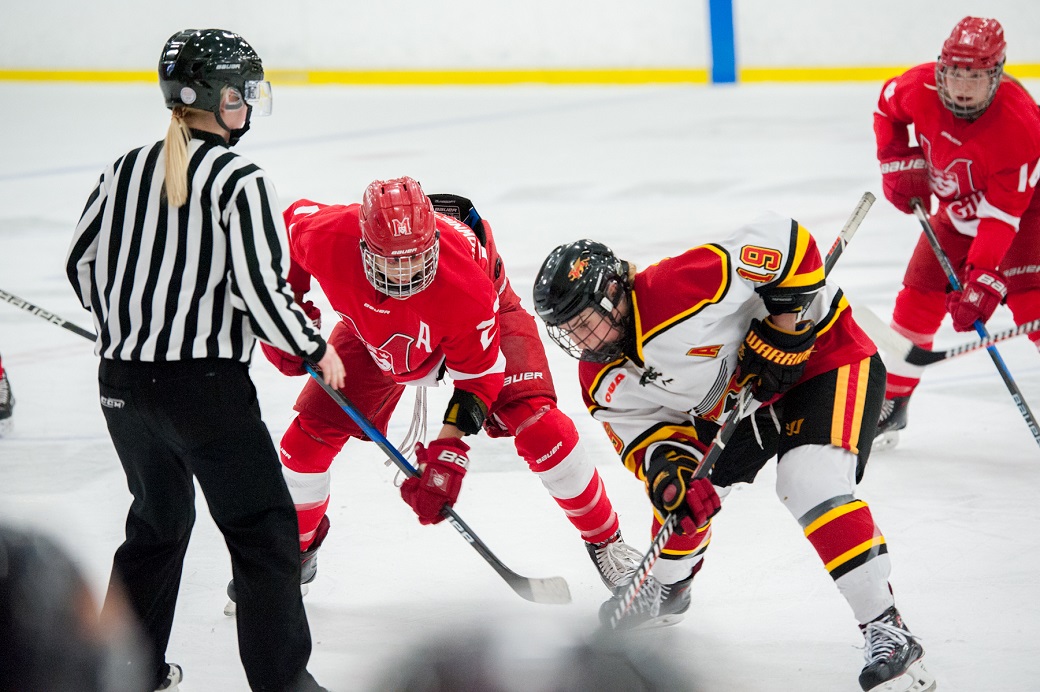 Defence continued to be the story of the second, as the Martlets successfully killed off two penalties. However, the Gryphons responded late in the period on an even strength attack. With 1:45 to go in the frame, Claire Merrick sped up through the neutral zone, dropped the puck off to Lowy, who fired it past Tricia Deguire for the game’s only goal.

McGill worked hard to find that equalizer in the third, but Guelph did everything in their power to keep the puck out of their net, including sacrificing their body to make a potential game-saving block. In the final minute, the Martlets threw everything at them but ultimately fell short.

“I just tried to stay focus and not worry about the clock,” Lamenta said of the final seconds of the game. “I just watched the puck and didn’t think about anything else.” 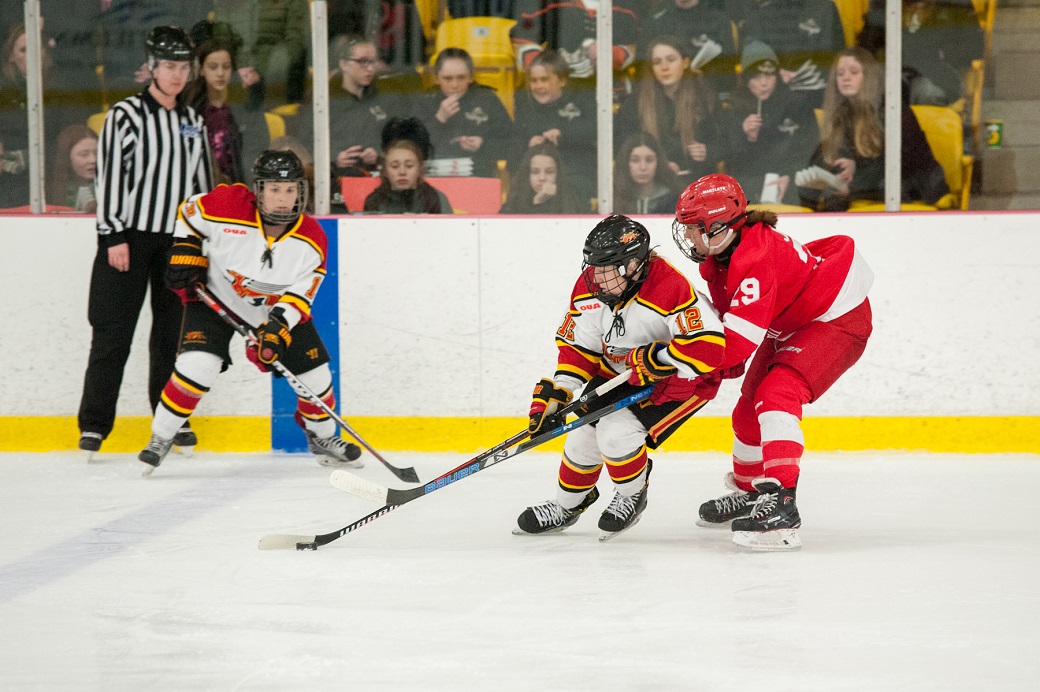 Following the game, Guelph’s athletic director, Scott McRoberts, came out of the locker room with Lowy’s jersey to be submitted in the Hockey Hall of Fame as a symbol of what this team has accomplished.

“This has been years in the making,” Lowy said. “We talk a lot about our honour, sacrifice and legacy and there’s been a lot of Gryphons who have come before us who have paved a path for us to succeed.”