The Montreal Carabins denied the UPEI Panthers a chance at a medal, eliminating the host team from contention by a score of 3-0.

The Carabins were shut out in the first period, but Alexandra Labelle’s goal early in the second sparked an offence that found the back of the net two more times.

“It was a really tough game, but we’re really excited to come away with the win,” Labelle said.

Montreal used a balanced attack as forwards Kaleigh Quennec and Alexandra Paradis also scored in the win. Estelle Duvin recorded two assists, while Jessica Cormier, Valérie St-Onge and Annie Germain each had one. 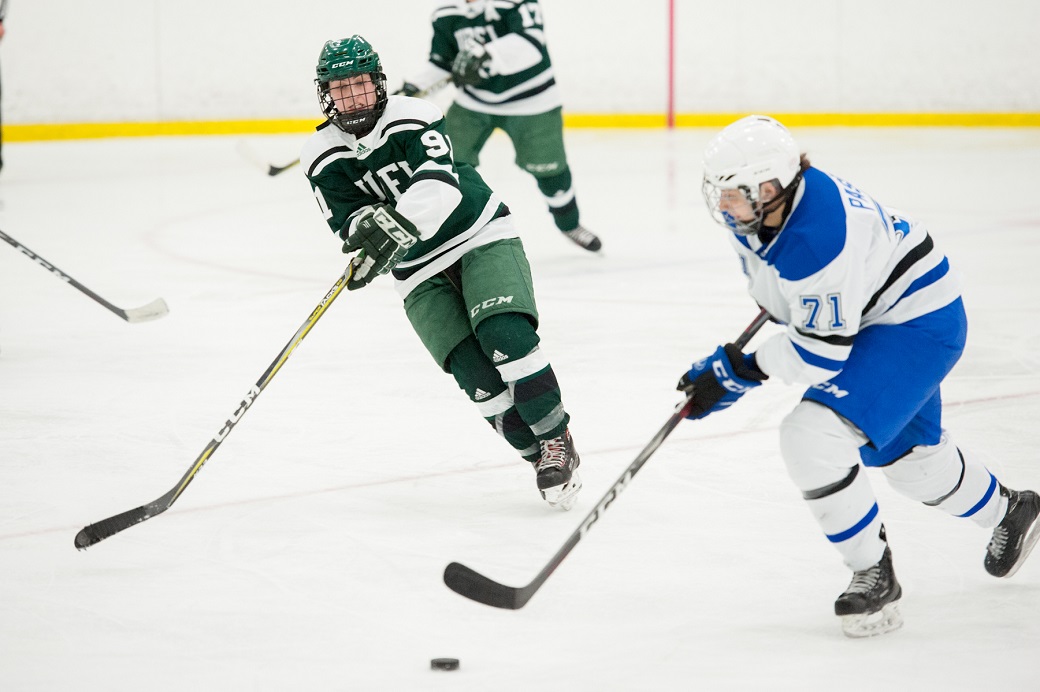 “It’s really about teamwork,” Labelle added. “All season long we’ve played together as a team.”

After a slow start, Montreal found themselves on a power play midway through the period leading to a pair of quick-trigger shots. But as she has all season, Camille Scherger played big in net and denied the threat.

The Carabins continued to pressure the Panthers, as the majority of the action took place in their attacking zone, where they fired off 12 shots in the opening frame. Montreal was also proficient on the defensive end as well, holding the Panthers to just five shots (14 throughout the contest).

“We didn’t play a lot in the defensive zone and (goaltender) Aube Racine was really good tonight.”

Montreal’s Alexandra Labelle broke the deadlock at 4:52 of the second when she skated into the zone and casually shot it on net to beat Scherger.

Seconds after killing off a penalty late in the period, the Carabins broke out on a 3-on-1 but were stymied by Scherger, who laid out to make another big save.

However, Montreal capitalized on a fortunate bounce at 18:30 to extend their lead 2-0. After Duvin fired a shot off a Panther defender, the puck deflected to Quennec, who tapped in the easy goal. 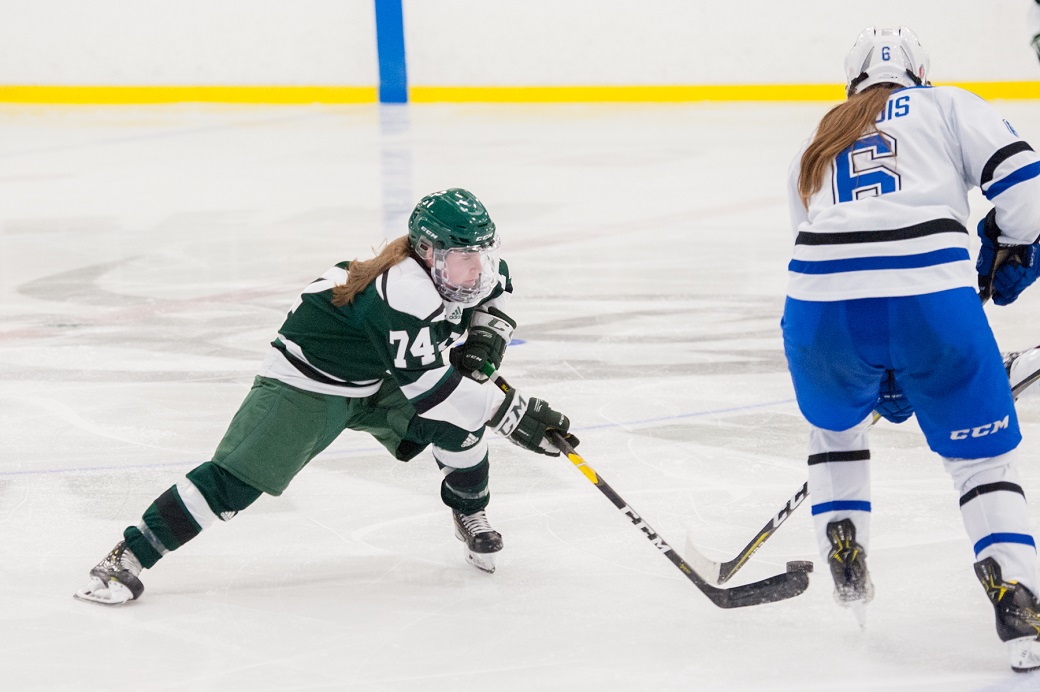 Montreal put the game away at 10:44 when senior defender Paradis deposited the puck from the top of the left circle through the five-hole of Scherger, making it 3-0.

Following the win, the Carabins are all focused on capturing the national championship.

“We need to play with speed,” Labelle said. “We’re really fast and we have four strong lines.”