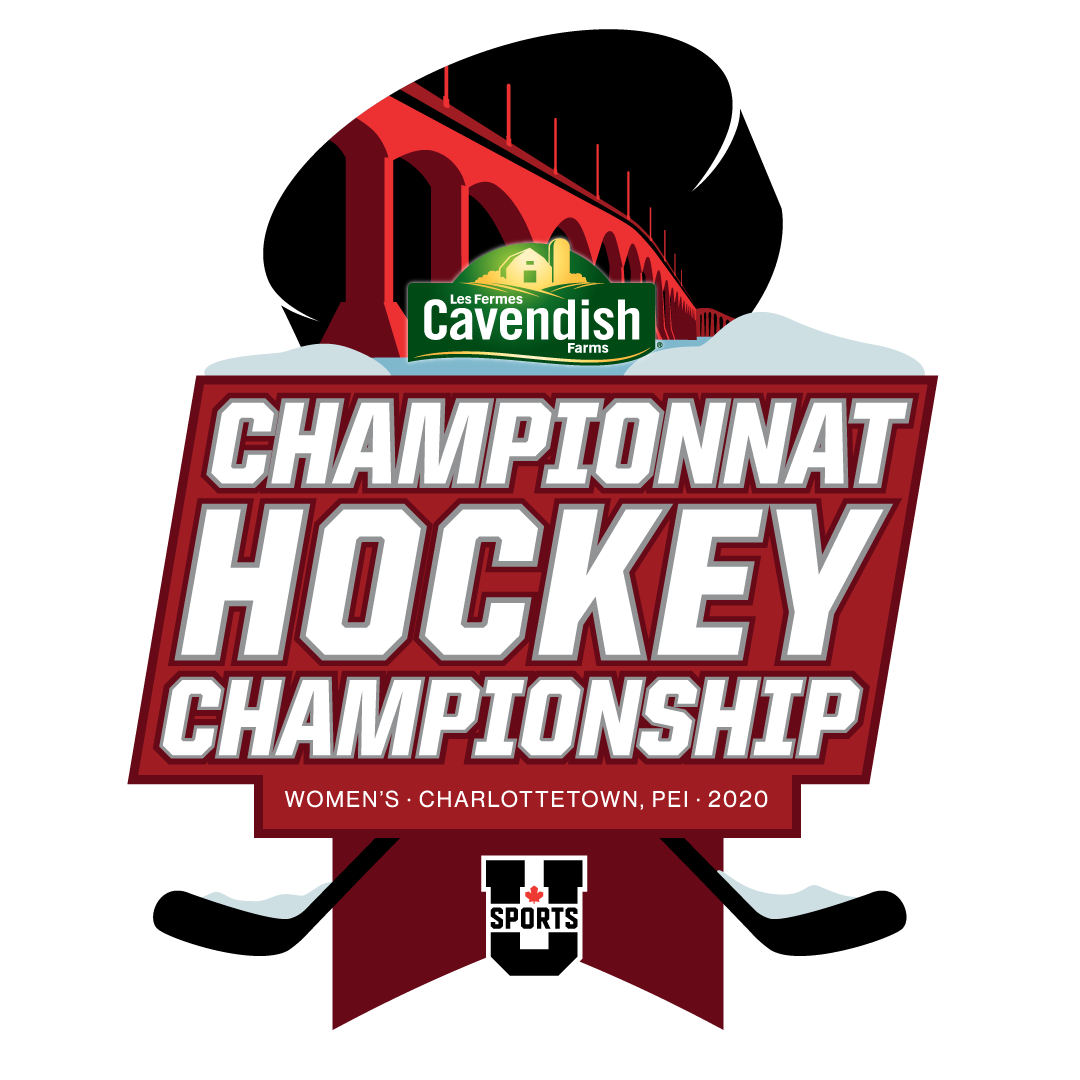 The Alberta Pandas were named tournament favourites on Sunday, as the seeding and quarterfinal matchups were announced for the 2020 U SPORTS Cavendish Farms Women’s Hockey Championship.

The puck drops on the national championship in Charlottetown on Thursday and concludes Sunday with the gold medal game at 5 p.m. ET / 2 p.m. PT.

All games will be played at MacLauchlan Arena on the UPEI campus for the second consecutive year. 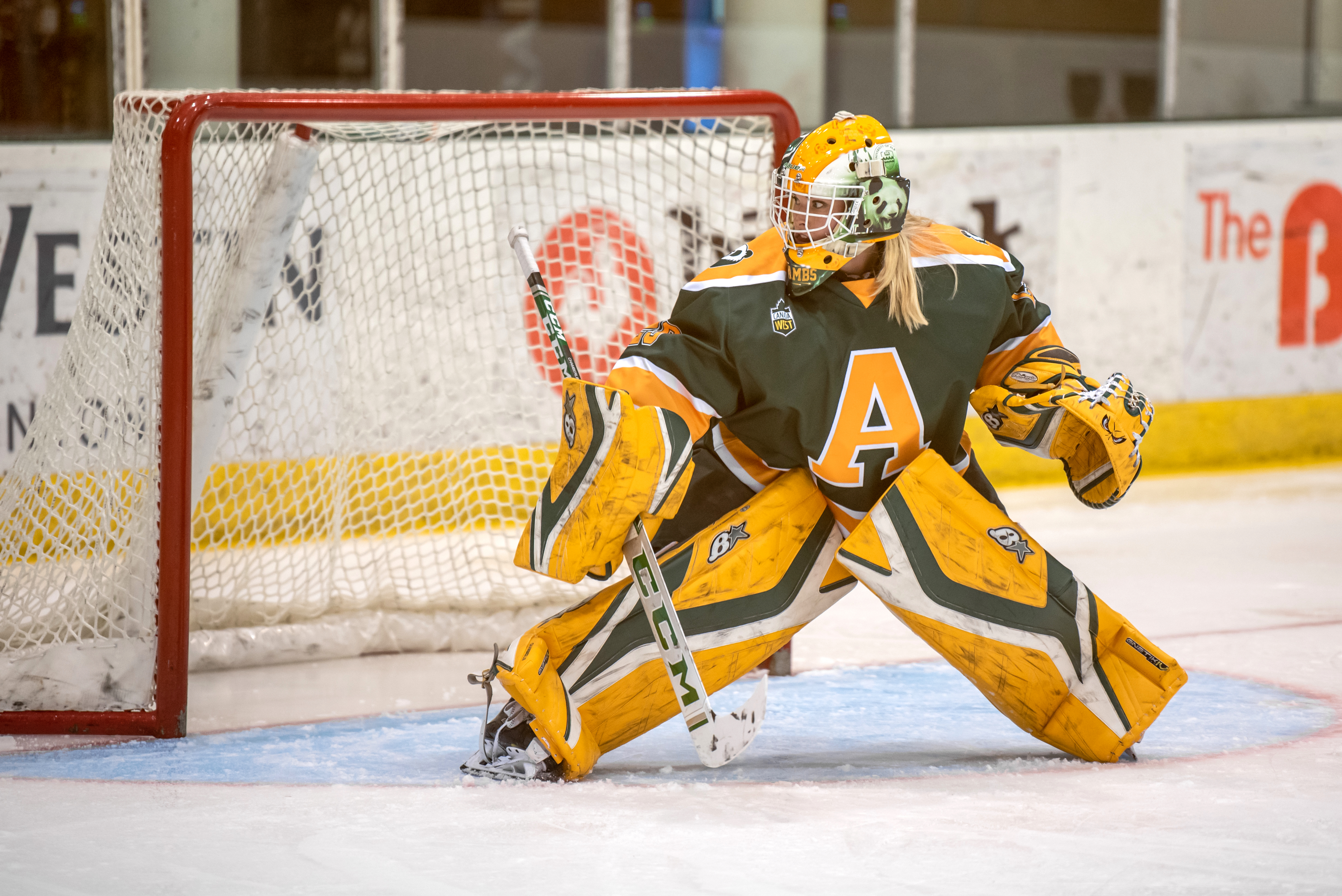 The Alberta Pandas head to the 2020 U SPORTS Championship in prime position to capture their record ninth National Championship.

The Pandas led Canada West with a 19-8-1 record, finishing first in the conference for the second straight season. Alberta led CW with 81 goals, while only allowing 31, with their 1.11 goals against average leading the nation.

Alberta is led by Autumn MacDougall, who earned her second scoring title with 31 points in 28 games. Her 17 goals were also tops in CW. The Pandas will also rely on Canada West all-stars Cayle Dillon (defence), Kennedy Ganser (forward), and Kirsten Chamberlin (goalie), while also having 2019 U SPORTS Player of the Year Alex Poznikoff returning in time from injury for the U SPORTS Championship. 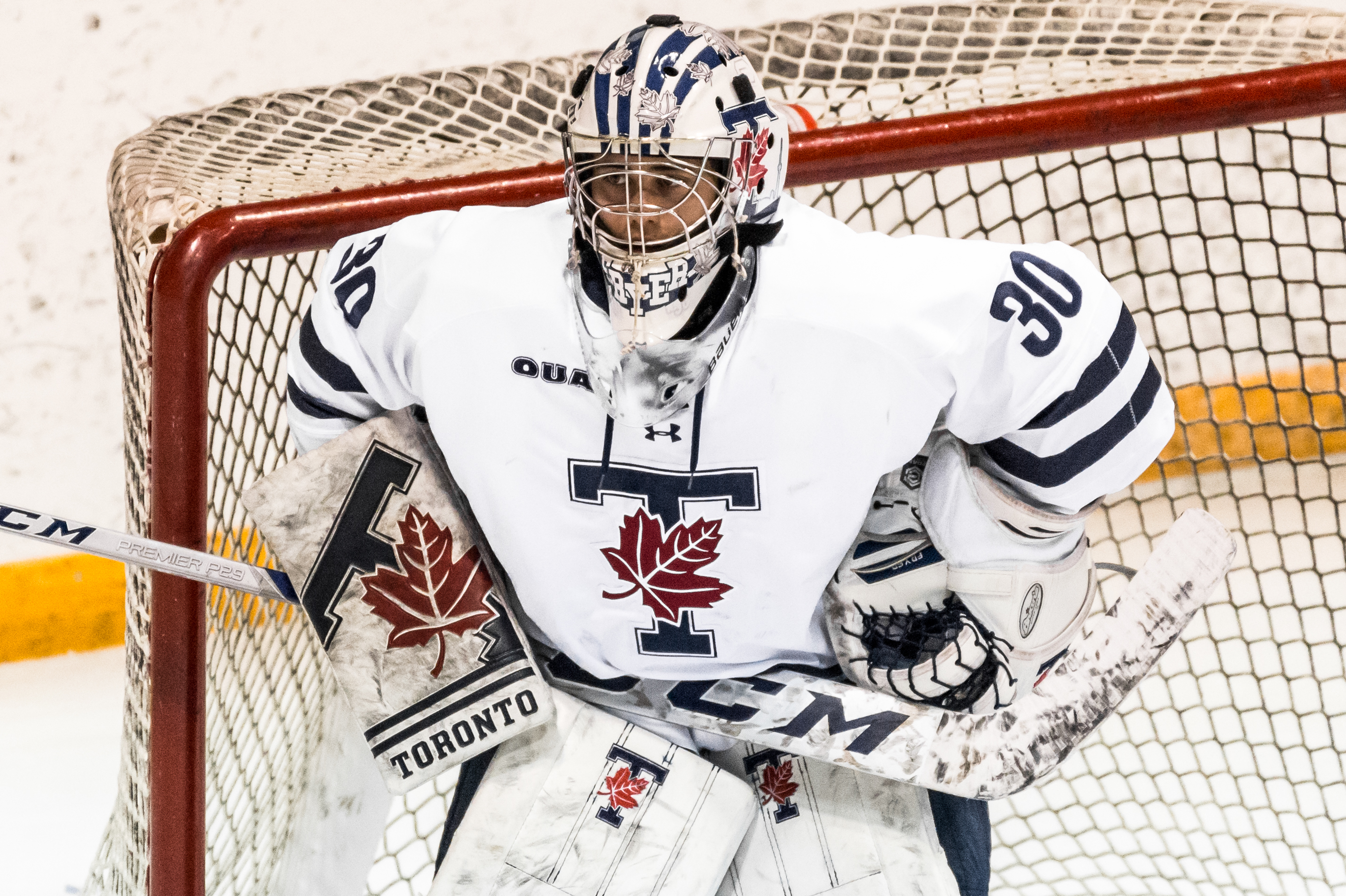 Toronto featured a balanced offence, a dynamic powerplay (first in the league at 20.2 per cent), and a stingy defensive approach (a conference-low 29 goals allowed) to rack up the wins. Rookie D Gabrielle De Serres led the team in scoring with 20 points from eight goals and 12 assists, finishing just ahead of big sister Mathilde, a fourth-year forward, who went 5-12-17 over the 24-game regular season. Second-year netminder Erica Fryer got the bulk of the work in goal and impressed with an 11-3 record, 1.29 goals-against average, and a .943 save percentage.

Toronto entered the postseason on a seven-game win streak and rode that momentum to a series sweep of Guelph, before eliminating Ryerson in three games, with a pair of overtime goals in Games 2 and 3 just to get to the McCaw Cup. The Varsity Blues then beat York 3-1 for their 17th OUA title and first since 2003. 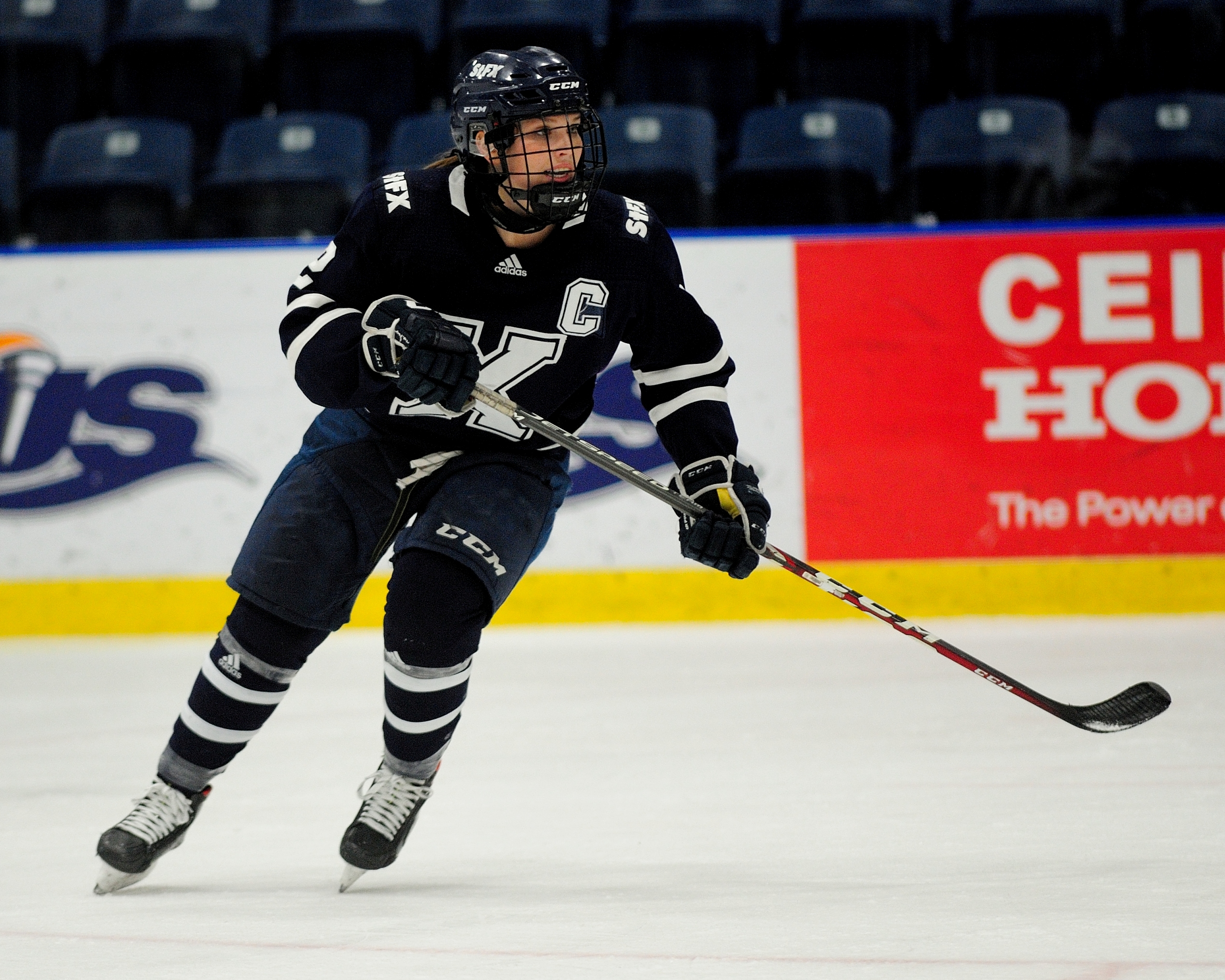 The AUS champion StFX X-Women enter the U SPORTS championship on a 16-game winning streak. Finishing second in the AUS standings, with an identical 22-5-1 record as first place Saint Mary’s, the X-Women were second in U SPORTS in goals (85), assists (131), shots/game (34.7), and third in goals/game (3.04).

The X-Women were led this season AUS MVP and first team all-star Tyra Meropoulis who led the country in scoring (37), goals (26), and shots (139). Fellow AUS first team all-star Lindsey Donovan led the nation in plus/minus (+23), was second overall in assists (20) and was the top scoring defenseman in U SPORTS with 26 points. 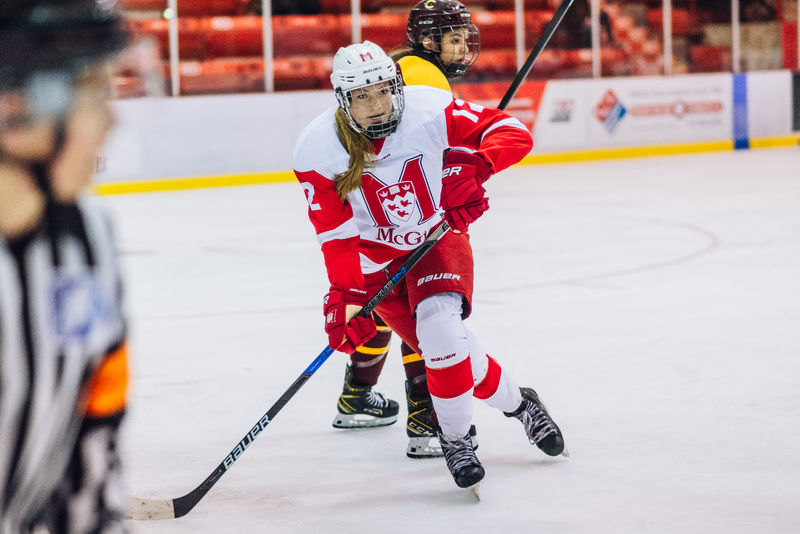 The Martlets have a 23-12 record overall and bring a current six-game win streak, including a pair of two-game playoff sweeps over third-place Ottawa and fourth-place Montreal. They Martlets finished second in the five-team Quebec conference with an 11-5-4 mark.

Winners of 15 Quebec league titles, McGill has qualified 19 times in 24 years since the women’s hockey championship was inaugurated in 1998. The Martlets have reached the tourney final 10 times, winning four gold medals and six silvers, to go along with five bronzes. Since the inaugural tourney began, teams from the Quebec conference have reached the final 17 times in the previous 23 seasons, combining to win eight gold medals and nine silvers in addition to 10 bronzes.

Head coach Peter Smith enters the national tourney with a 534-229-33 record in 796 games over his 20 seasons at McGill. He has a veteran 25-member roster that features five freshmen, two sophomores, six juniors and 12 seniors.

One of the keys to success this season has been on special teams. McGill ranks third in the nation in power-play percentage (22.7%) and 10th in penalty-killing (89.8%). 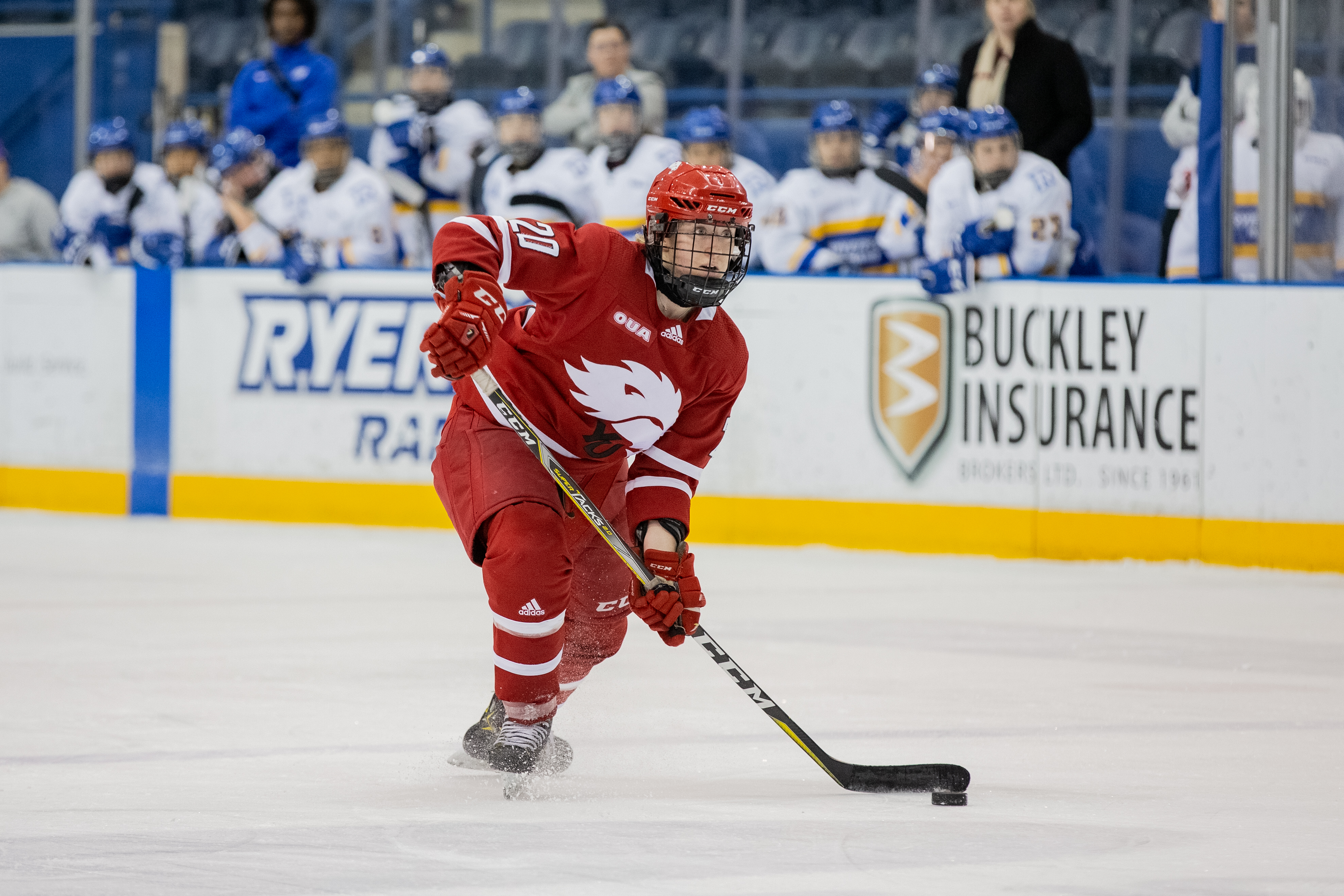 The York Lions had a dream season in 2019-20 and will compete at the U SPORTS championships for the first time in program history as a result. After eight years without a playoff berth, the Lions finished six games above .500 and ended up in third place in the OUA standings with a 14-8--2 record. They were dominant at both ends of the ice, finishing second in the conference in scoring (2.71 goals per game) and fifth in defence (1.89 per game).

The Lions were red hot in the OUA playoffs, going 4-0 and outscoring their opponents 19-5 in a pair of series sweeps. They began against the sixth-seeded Waterloo Warriors in the OUA quarter-finals and won the two games by scores of 5-1 and 3-0. In the next round, they rolled to 5-2 and 6-2 victories over the Nipissing Lakers to reach the McCaw Cup final for the first time since 1999, before falling 3-1 to the Toronto Varsity Blues for the conference title. 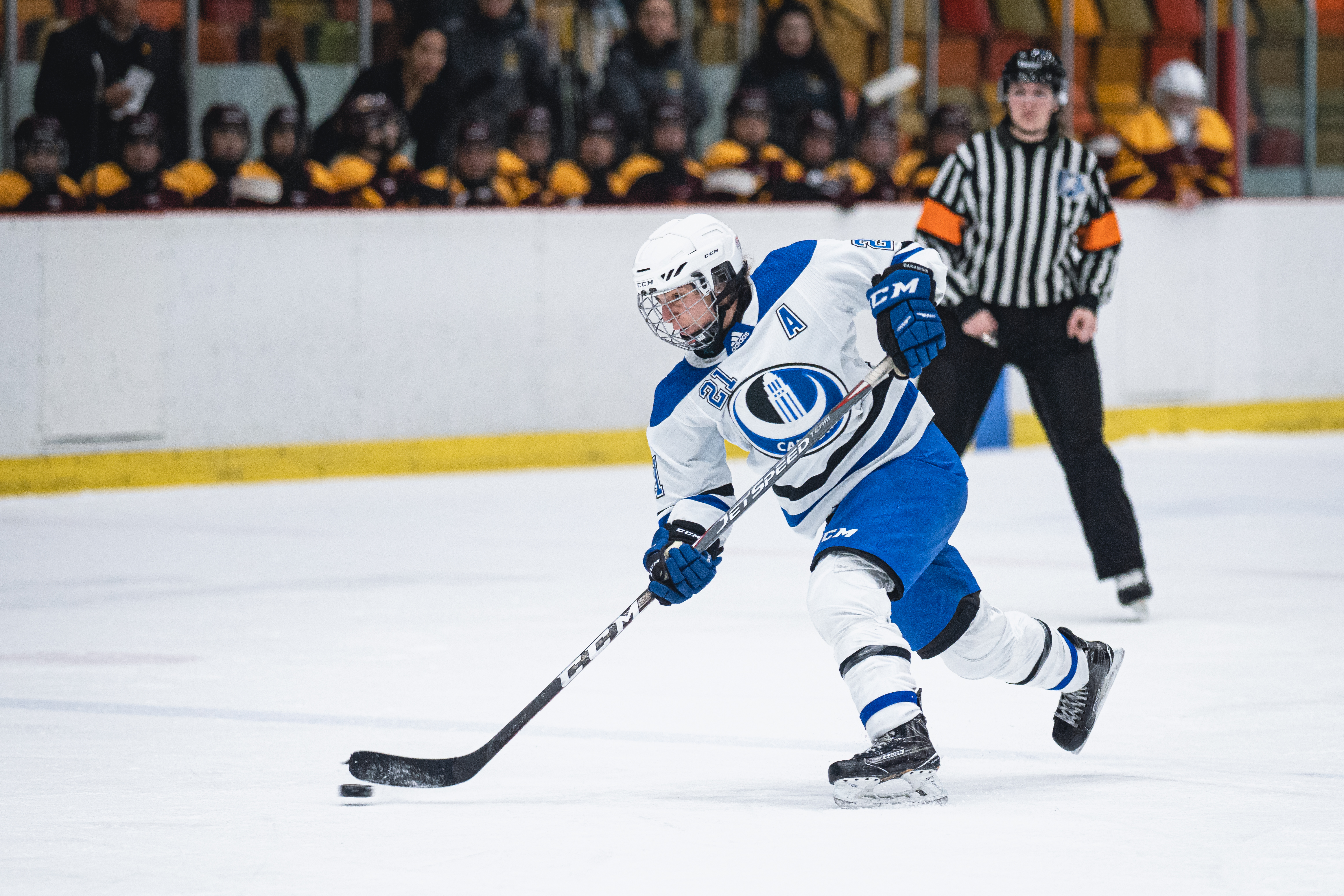 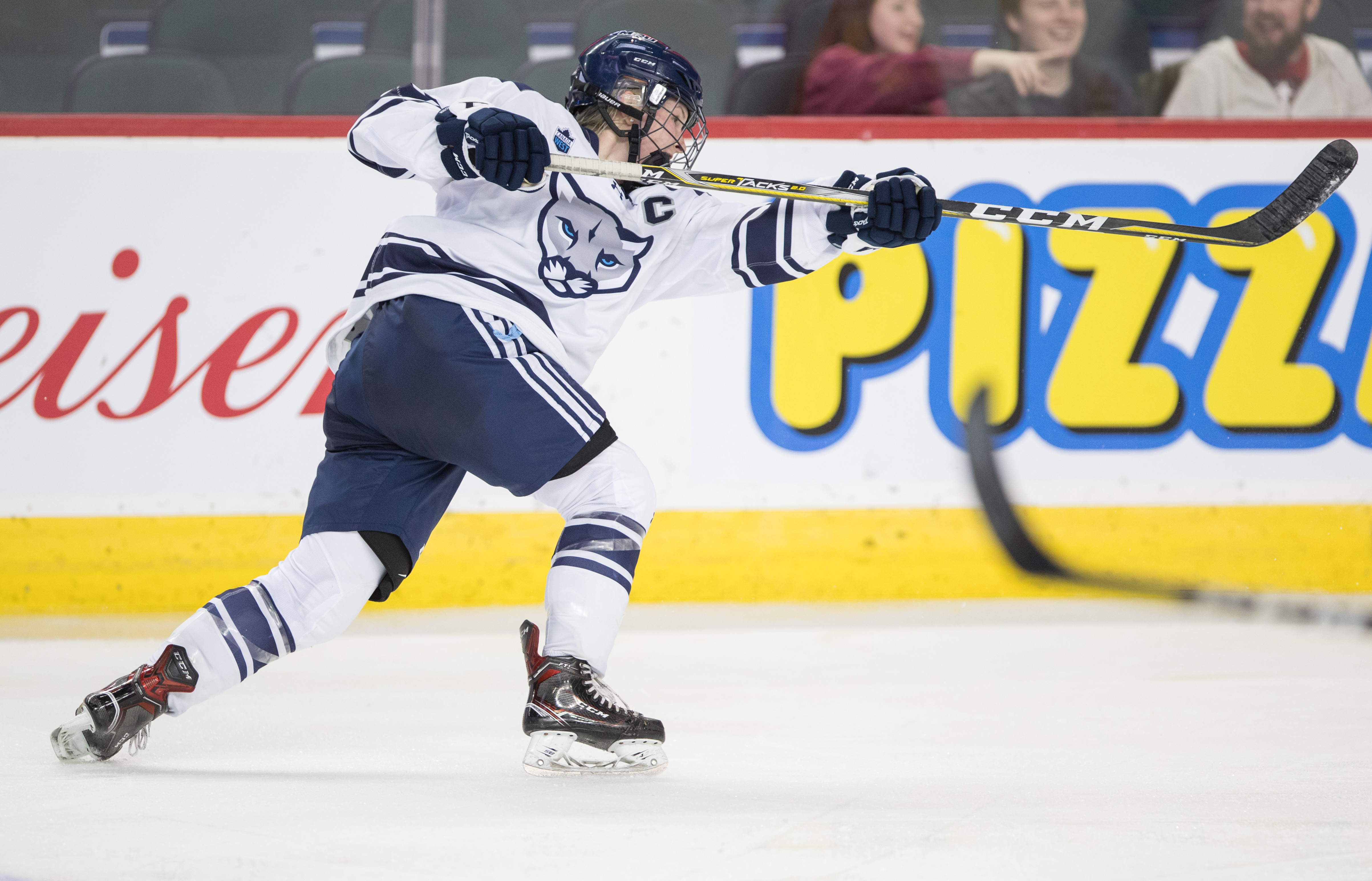 The Cougars set a program record for wins this season with a 14-14-0record. They also set milestones hosting their first playoff series and receiving the university’s first Canada West silver medal. Mount Royal battled through a pair of hard fought playoff series and took down Regina and the Calgary Dinos for the berth to their first-ever U SPORTS Championship.

The Cougars were led by fourth-year standout Anna Purschke with 18 points and 11 goals – good for a spot on the CW Second All-Star team. Another key to Mount Royal’s success is first-year rookie goalie Kaitlyn Ross, who was second in the league in goals against average (1.14) and half of her eight wins this season were shutouts. Captain Daria O’Neill and first-year Emma Bergesen highlighted the Cougars on the blue line and finished with eight and 10 points respectively. Bergesen also joined Ross on Canada West all-rookie team. 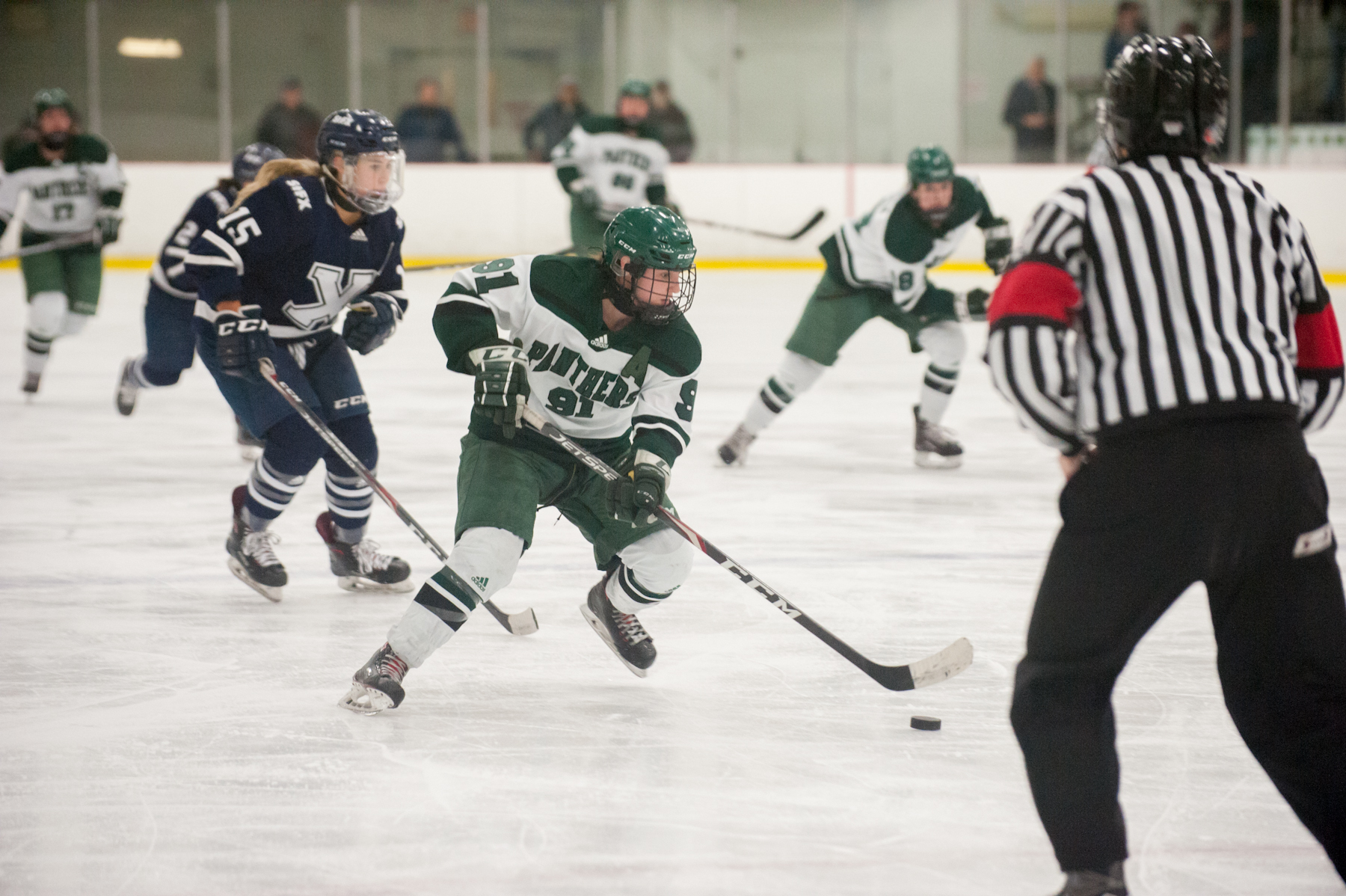 The Panthers benefitted from the continued growth of sophomores Taylor Gillis (12 goals) Jolena Gillard (10 goals, 10 assists for team-high 20 points). Fourth-year veteran Kaylee Dufresne enjoyed a breakout year with 11 goals and seven assists. The back end was secured by netminder Camille Scherger, who cemented herself as one of the best goalies in the country. She posted a 16-6-1 record with a conference-best 1.43 goals against average, a .945 save percentage, and a UPEI record seven shutouts. Scherger was named a first-team all-star, while Gillard got the nod on the second team. Rookie Lexie Murphy earned a spot on the All-Rookie Team.

In the playoffs UPEI took down the Moncton Aigles Bleues in three games, before running into a hot StFX team, who were riding a 12-game win streak and swept the semifinal series.