It was 1984, and the Lethbridge Pronghorns we know today were a new name to university hockey in Canada. It was their inaugural season and players of all age groups and size were called upon to fill out the roster of the newly-created team.

One of those players was Scott Orban, a 19-year-old defender from Calgary, Alta., who recalls his time as a young student-athlete looking to make a name for himself.

“We were a very diverse team with some guys in their 13th season (of hockey) already and others just beginning their journey,” says Orban. “We unfortunately, didn’t win a lot as we only had five wins on the season.”

Orban was a standout player during his time with the Pronghorns, having played three seasons with Lethbridge from 1984 to 1986, before converting to forward as a pro in Europe in 1987. While playing overseas, a rule change stated that European players were to be viewed as professionals, meaning Orban was not able to return to CIAU - now U SPORTS - hockey.

Lethbridge appealed the ruling in 1988 and grandfathered Orban, allowing him to play one last season, where he recorded 43 points in 26 games and became the first U of L player ever to be named an All-Star. A trailblazer for all future players looking to join the Pronghorns’ program, Orban was able to make a name for himself in large part due to his coach and teammates working hard to create something special.

Unfortunately, Orban and countless others didn’t have the same resources that U SPORTS players have today. Although treated very well during his time, Orban thinks back on the countless struggles he and his teammates encountered during the season.

“(The) first couple of years we played out of an arena called the Henderson Ice Centre which was very small,” he says. “It didn’t have many stands due to it being a local community rink which wasn’t near the university. Now the team plays at Nicholas Sheran Leisure Centre which is just a remarkable facility for the team.”

With the team struggling to win and constant rumors fueling the program’s impending doom, recruiting became a constant challenge. Orban reflects on his time as a Pronghorn as a proud accomplishment – trying his best at creating a legacy, and a long-lasting program for future student-athletes.

Fast forward almost 40 years, and the Orban name lives on – Scott’s son Blake is currently in his fourth year playing for the Pronghorns, who are thriving today with new recruits and resources. 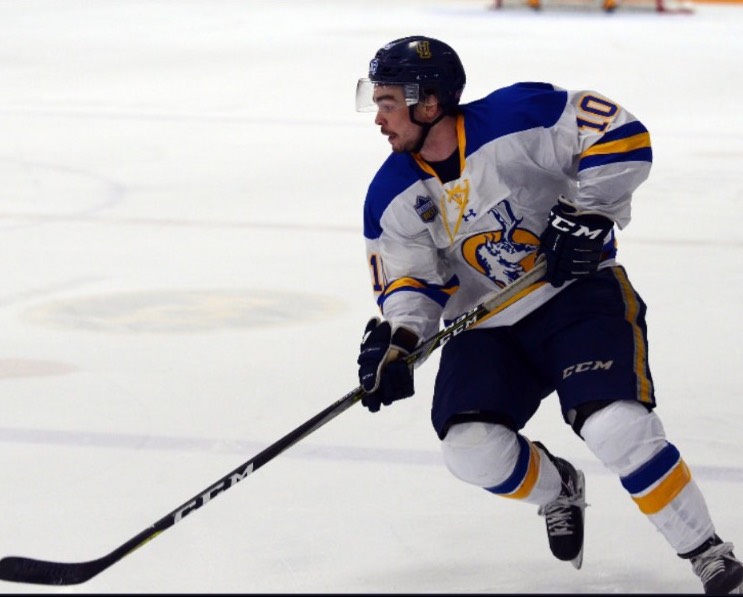 Blake joined the team in the summer of 2015 after winning the Memorial Cup with the Edmonton Oil Kings, having been recruited by former head coach Spiros Anastas – who left the program last summer. Blake felt welcomed and motivated immediately to begin his U SPORTS journey and continue his father’s legacy.

“I had a tough decision coming out of junior. I chose Lethbridge because of (Anastas),” says Blake, who also played for the Vancouver Giants during his CHL career. “He was huge for my development and allowed me to grow as a player. I now think my opportunity going pro is better since coming to U SPORTS, than the other options I had in mind.”

Blake says he looked at the U SPORTS program as a stepping stone to further his growth and development as a hockey player. He credits his performance during his time at Lethbridge – 48 point in 107 regular games – to the support system around him.

“With me being closer to my family, and the rink minutes away from campus, the athlete-only facility, and great staff – It is easy for us achieve our goals each day,” he says.

Unfortunately, his father wasn’t as lucky. But the perception of leaving the Canadian system behind for better opportunities has changed over the years, due to the continued advancements in university sports in Canada over the years. Today, more and more student-athletes are staying home.

With the puck set to drop on the 2019 U SPORTS Cavendish Farms University Cup on Thursday, Blake says that despite the pressure that comes with not just being the host, but also an underdog as the No. 8 seed, he and the Pronghorns are ready. 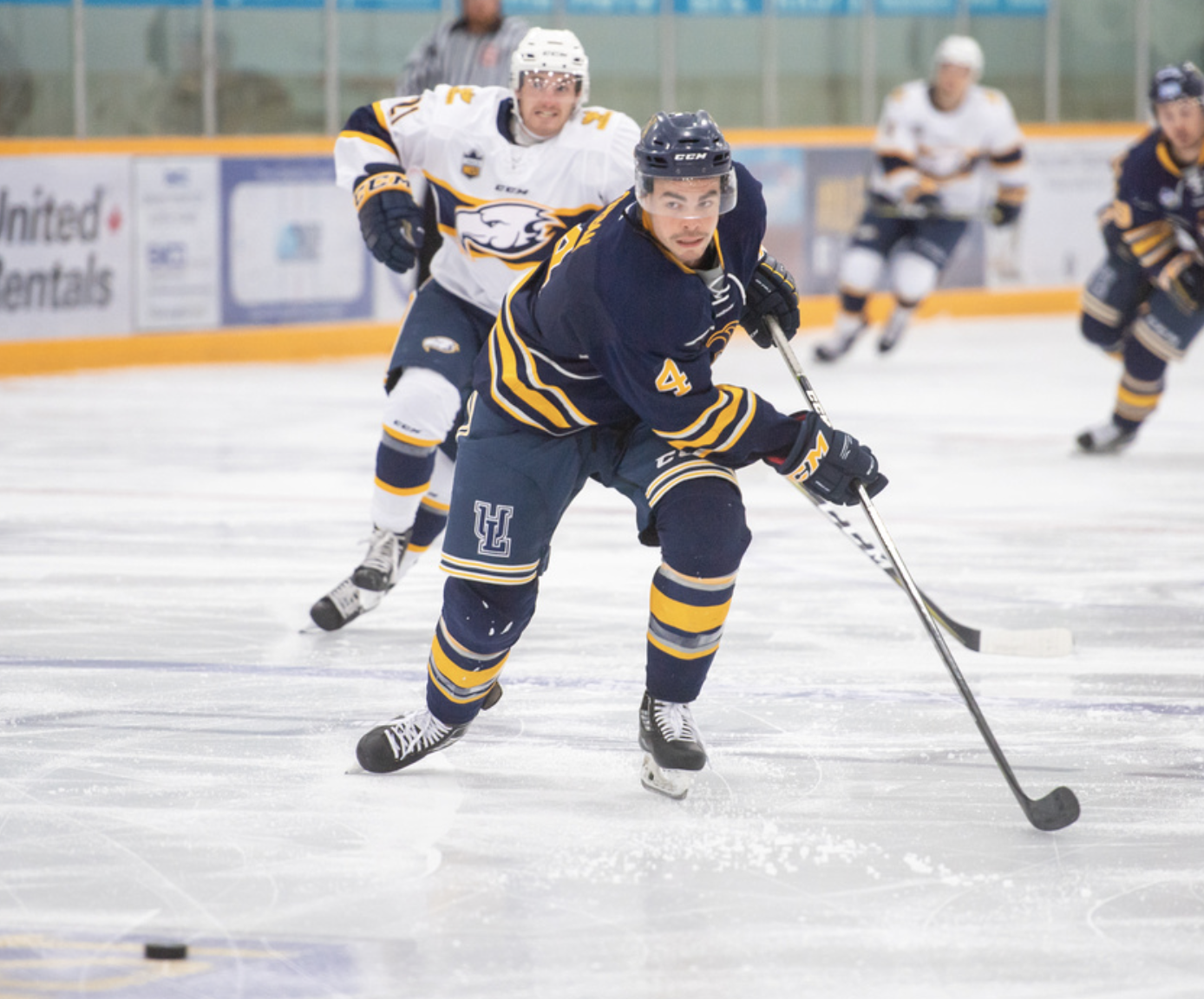 “I will look to make my school and father proud,”

Meanwhile, the older Orban is planning on sending good luck to the Pronghorns in the same unique way he once did in 1994, when the team won its only national championship.

Scott jokingly credits himself for the team’s success that year to the letter he wrote to the Mike Babcock-coached championship squad, sharing some advice and tips from his playing days with the school, when times were tough as an expansion team. His letter hung on the door for all players to see.

Having already thought about repeating history, Scott is hoping to have the chance to motivate Blake and the Pronghorns as they get prepare to host this year’s championship.

“If the coach asks me to do a speech I will be there in a heartbeat.”

The host Pronghorns open the University Cup on Thursday against the No1.-ranked Alberta Golden Bears at 9 p.m. ET / 6 p.m. on USPORTS.LIVE. The championship runs from Thursday to Sunday at the ENMAX Centre – home of the WHL’s Lethbridge Hurricanes – with the semifinals and final airing on Sportsnet 360 and Sportnet Now.