It was a matchup of perennial powerhouses in the 2019 U SPORTS Cavendish Farms University Cup championship game, and the second-seeded UNB Reds would emerge with a 4-2 victory to claim the David Johnston University Cup.

The highly-touted match up, of the top two ranked teams in the country, would live up to the hype as it was a back and forth affair throughout. With the win, UNB claimed the University Cup for the eighth time in program history and the third time in the last four years.

“I think in the first period, the key part was the penalty kills and our goaltender was outstanding. Our goal was to be the most improved team in the game,” said UNB head coach Gardiner MacDougall. “I think we got through with our defensive effort with our grit and grind.”

Alberta would get the game’s first goal on the power play at the 4:33 mark of the first. Third-year forward Brandon Magee would lead the rush drawing the UNB defenders to him. Magee found a wide-open Steven Owre, who would make no mistake in beating UNB fourth-year goaltender Alex Dubeau.

UNB would get the equalizer just over two minutes later when freshman forward Mark Rassell intercepted an Alberta clearing attempt at the blue line. Rassell passed the puck to fellow first-year forward Samuel Dove-McFalls, who would show off some nifty puck handling abilities before tucking a backhander through the five-hole of Alberta goaltender Zach Sawchenko. 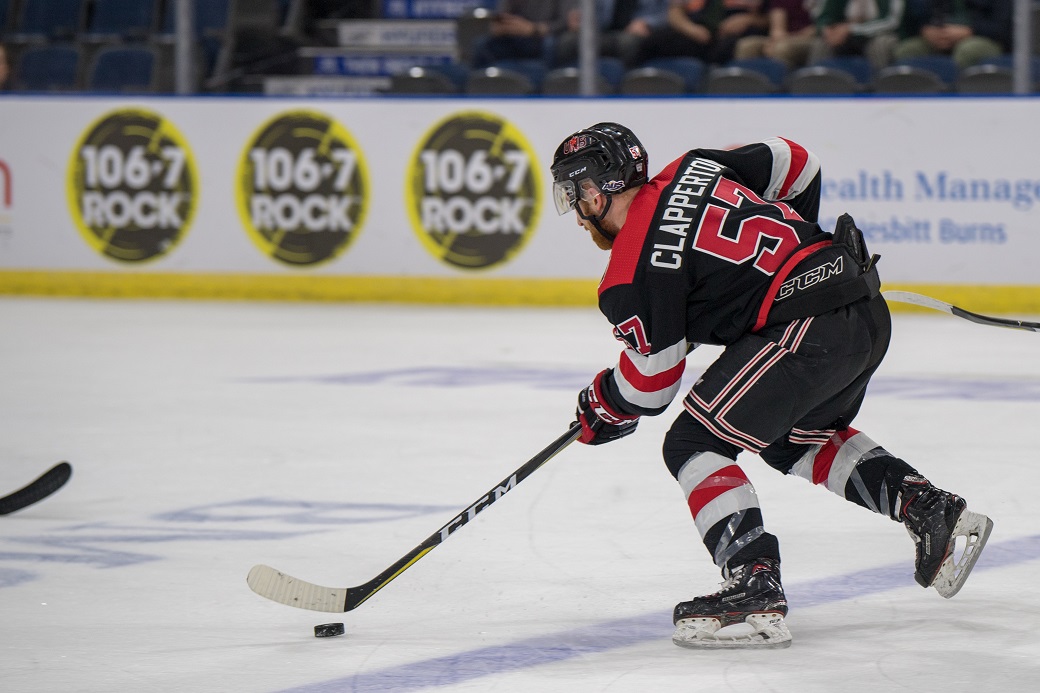 A major storyline from the first was an injury to 2019 U SPORTS men’s hockey Player of the Year Luke Philp, who went hard into the end boards and was unable to return to the game.

It was a tight-checking start to the second as both teams adopted a defence-first posture. The score would remain unchanged until the 14:27 mark of the period. UNB fifth-year defenceman Randy Gazzola would put a shot on net from the blue line. Third-year forward Oliver Cooper would redirect the puck past a sprawled out Sawchenko.

UNB second-year forward Kris Bennett would put the Reds up by two late in the second on a power play goal. Following some outstanding puck movement, Bennett would take possession at the side of net and quickly lift a shot over the shoulder of Sawchenko. 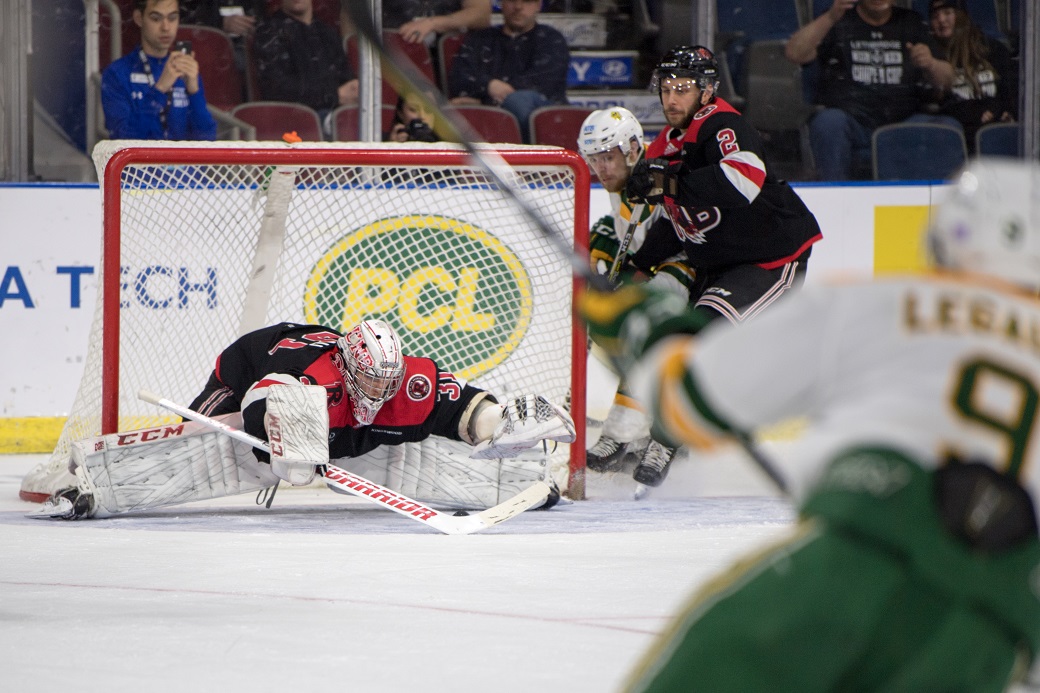 Alberta would cut the UNB lead to one with 13:13 remaining in the final frame as 2019 Canada West Rookie of the Year Grayson Pawlenchuk would get the play started by forcing a turnover in the UNB zone. Magee would charge the net hard, accept a centring pass from Pawlenchuk, and roof a wrister to make it 3-2.

UNB’s Rassell would restore the Reds’ two-goal lead just over four minutes later, when he threw the puck on net from a sharp angle and it managed to sneak through Sawchenko.