TORONTO – U SPORTS is pleased to announce the schedule and broadcast partners of the Road to the 2022 Canada Life Vanier Cup that begins on Saturday, November 19, with the Uteck and Mitchell Bowls. 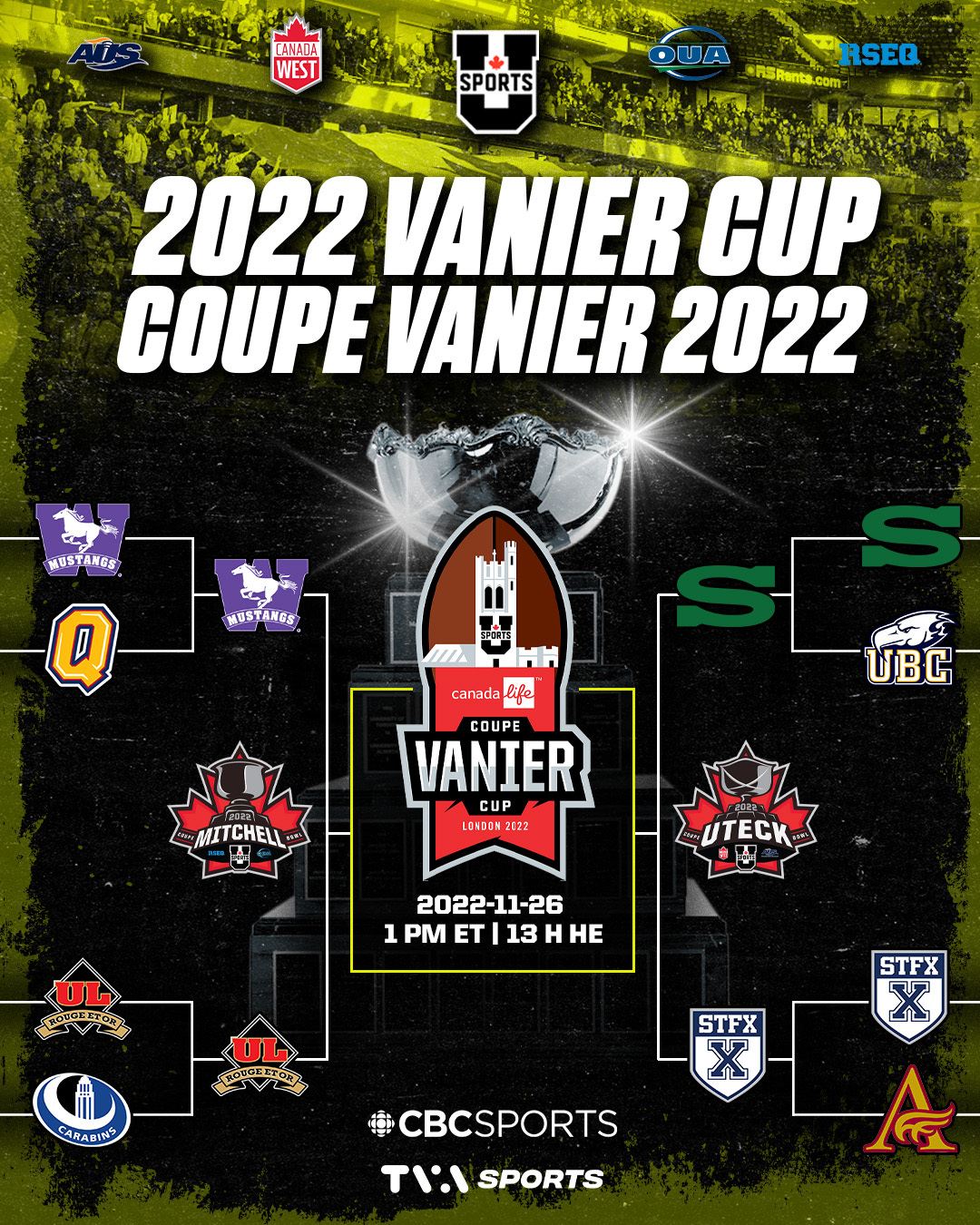 The Mitchell Bowl honours the late Doug Mitchell, former CFL Commissioner (1984-88), who played for the UBC Thunderbirds and BC Lions and founded the U SPORTS Athletes of the Year Awards (Lois and Doug Mitchell Awards). This year’s game is a battle of Top-5 teams as the RSEQ Dunsmore Cup champion Laval Rouge et Or travel down the 401 to face the OUA Yates Cup victors, the Western Mustangs. Kickoff for the Mitchell Bowl is 3:07 pm ET.

The Road to the Canada Life Vanier Cup and the 2022 Uteck and Mitchell Bowls will be broadcast exclusively in English on CBC Gem and CBCSports.ca, while the TVA Sports and TVA+ digital platform are home for all of the action in French.

Veteran AUS play-by-play announcer Vincent Williams and analyst “Coach” John MacNeil have the call of the Uteck Bowl on CBC Gem. U SPORTS produces the game in association with Universum Productions.

Legendary CBC play-by-play announcer and former Carleton Ravens quarterback Mark Lee joins PRSVRE football analyst and former Waterloo Warrior Dashawn Stephens on the call of the 2022 Mitchell Bowl. Lee and Stephens will also handle the play-by-play duties of the Canada Life Vanier Cup on November 26. The Mitchell Bowl is a production of Gleam Media in association with TVA Sports.

In the other semifinal, long-time broadcaster Yves Paquet joins by five-time Vanier Cup champion and current Collège Montmorency athletic director Duane John for all of the action of the Uteck Bowl.

U SPORTS Football Weekend Watch: Get ready for some monster matchups in this weekend's conference finals