The Brock Badgers won their seventh straight U SPORTS wrestling championship sweep Saturday in their home gymnasium with four women’s gold medals and three men’s. They pulled off the sweep on home soil, winning their 10th women’s title and 20th men’s title in the Bob Davis Gymnasium in St. Catharines.

“We’ve been looking forward to this all year,” said head Coach Marty Calder. “To be able to win here in front of our home crowd is everything.”

Despite the wrestling dynasty that Brock has become, Calder said the pressure was more on winning the 2020 title and less on continuing the legacy of success. 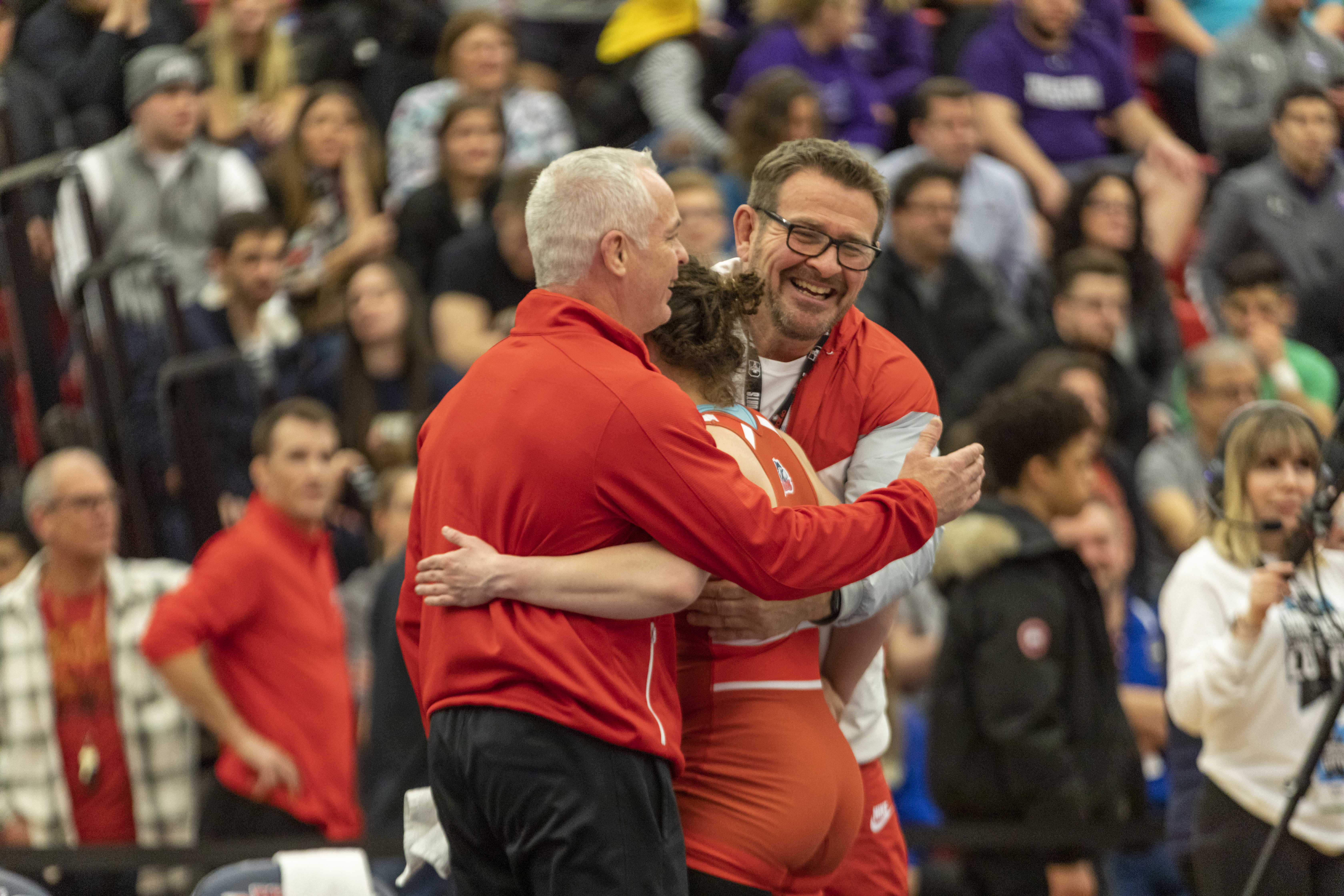 “It’s hard to put the pressure to sustain that on them. They’re just looking at this national championship – our team, this year,” he said. “Maybe that’s why we’re able to do it because we’re not looking to load the last six years on our back and say we have to keep it going.

“We’re extremely proud of the effort these student-athletes make day in and day out in the wrestling room and the classroom.” 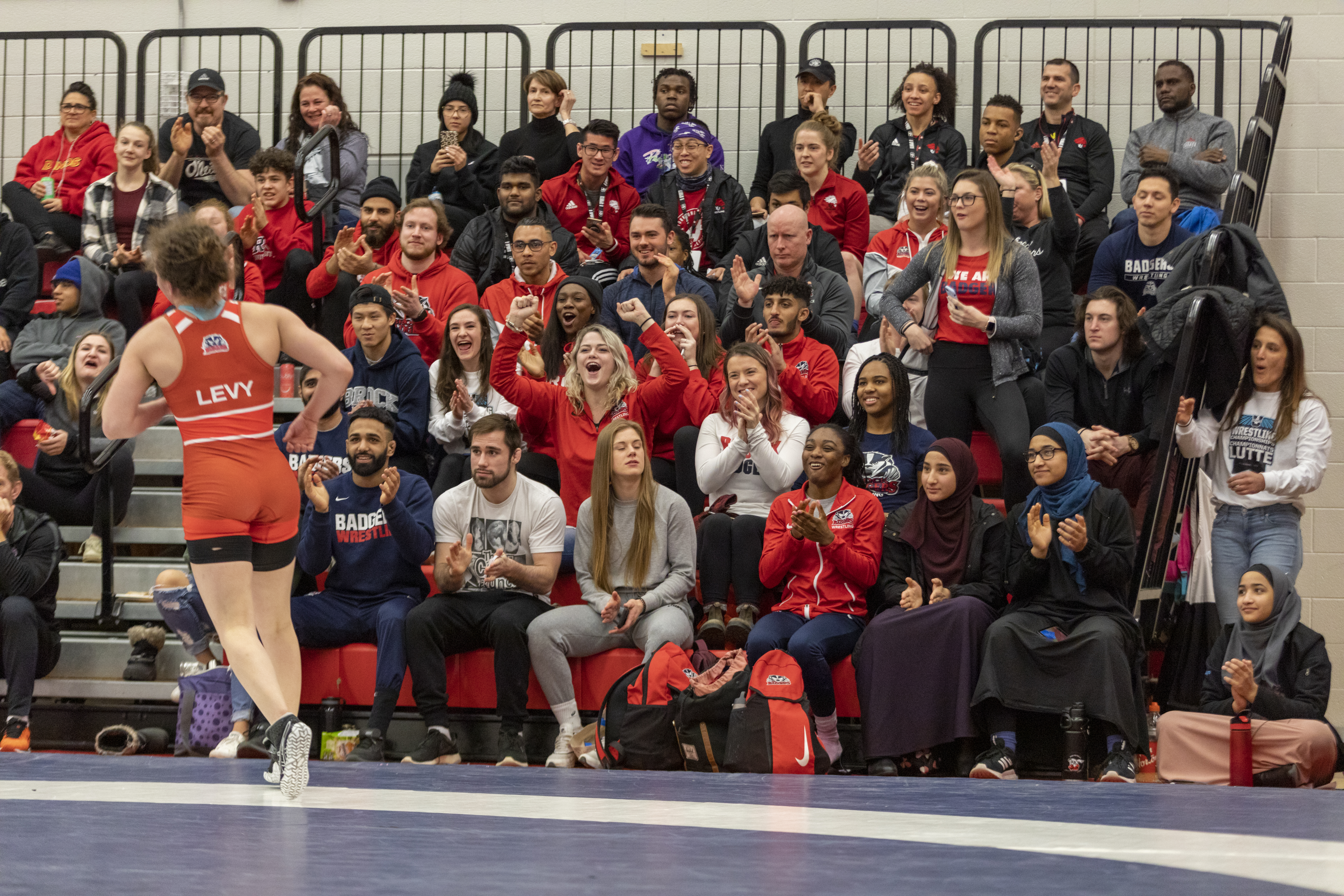 Brock finished first in the men’s with 76 points, with Saskatchewan (54) and Concordia (45) rounding out the podium. On the women’s side, Brock came in top spot with 55 points, ahead of Saskatchewan (42) and Alberta (34). 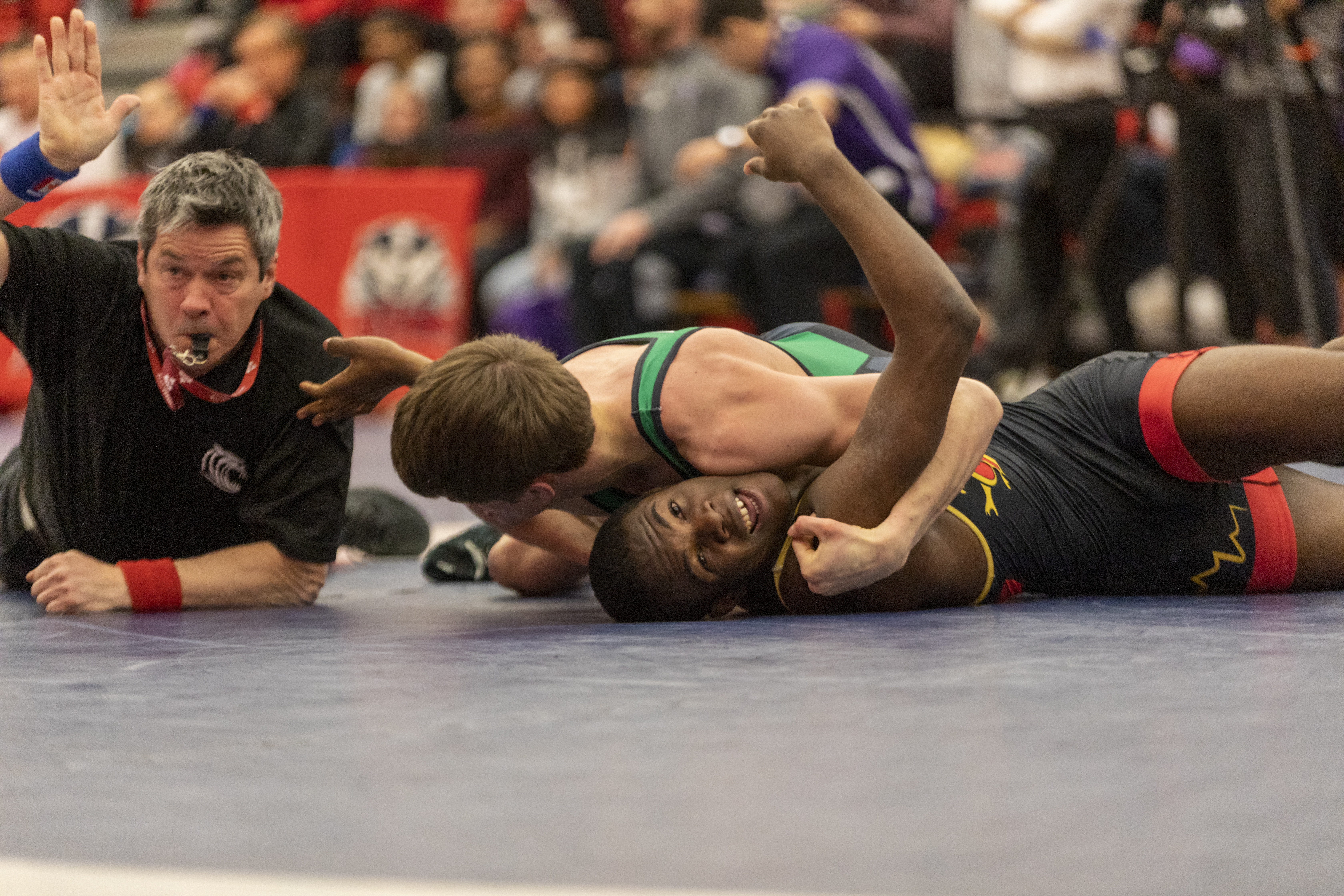 Among the four women’s gold medals won by Brock were the two captured by Julie Steffler and Hannah Taylor, who were rivals on the wrestling mat for four years before becoming Brock Badgers teammates.

A year ago, Taylor beat Steffler, who was with Western at the time, to win her second straight women’s 59 kg title. After graduating with her undergrad degree, Steffler decided to switch to Brock to take a Master of Professional Kinesiology, and brought with her one more year of U SPORTS eligibility.

“It really feels like a big family at Brock,” said Steffler, who sat out her third year at Western after tearing her ACL. “We’ve had an ongoing rivalry, but we’ve always respected each other so it’s been awesome to be her teammate.”

“It means a lot. I’m at a new weight class so I wanted to continue being dominant,” she said. “It also feels great to have the home crowd and showcase what Brock is about and our abilities as athletes.”

Taylor said she has enjoyed having her former rival now pushing her as a teammate. 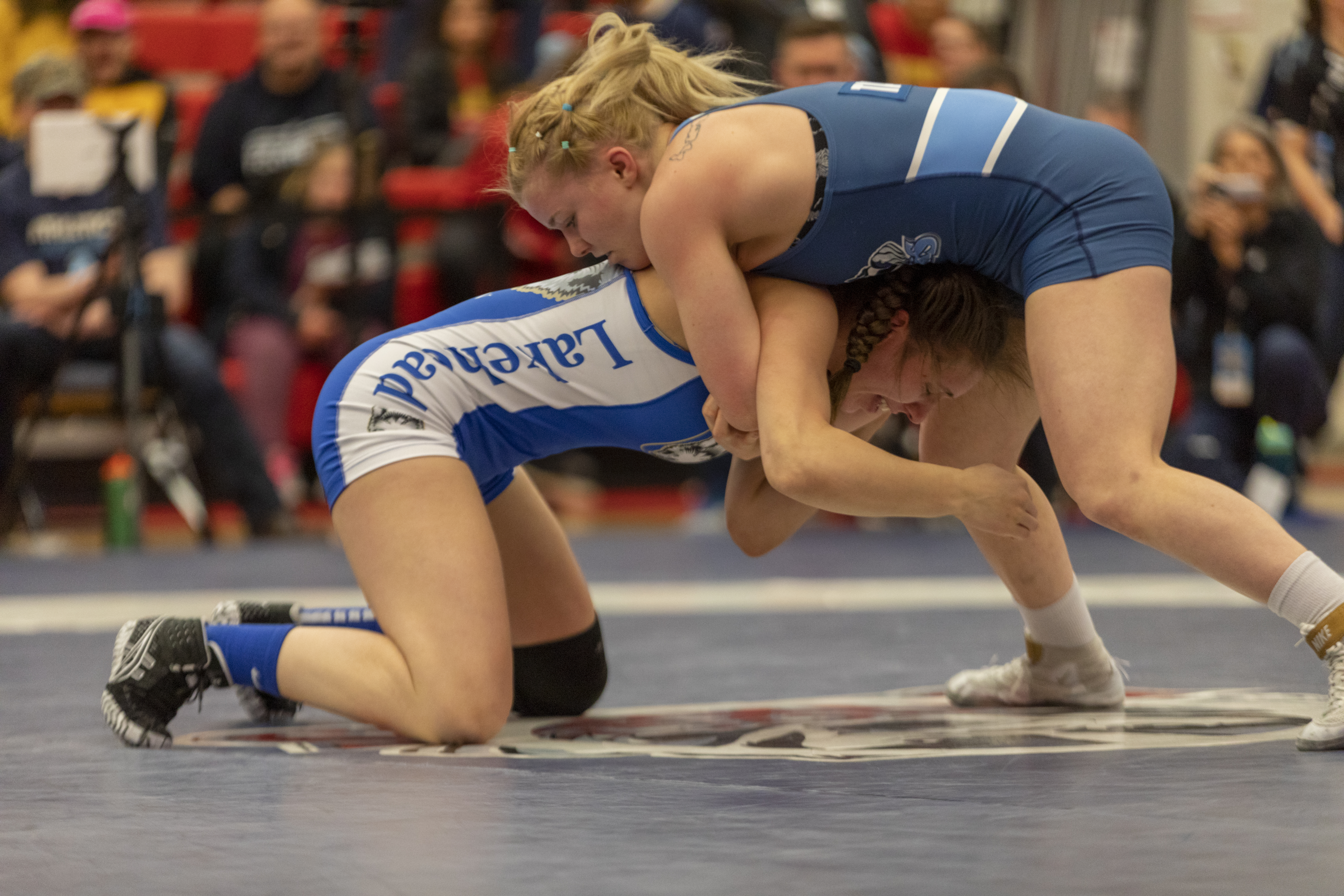 “It’s good that I have such a strong competitor as a teammate,” she said. “I get pushed by her every single day, so it’s a good relationship. I’m grateful to have her as my teammate.”

While it was Sadiku’s third straight U SPORTS title, the Summerside, P.E.I. native admitted his attention is also focused on making Team Canada for the 2020 Summer Olympics in Tokyo. 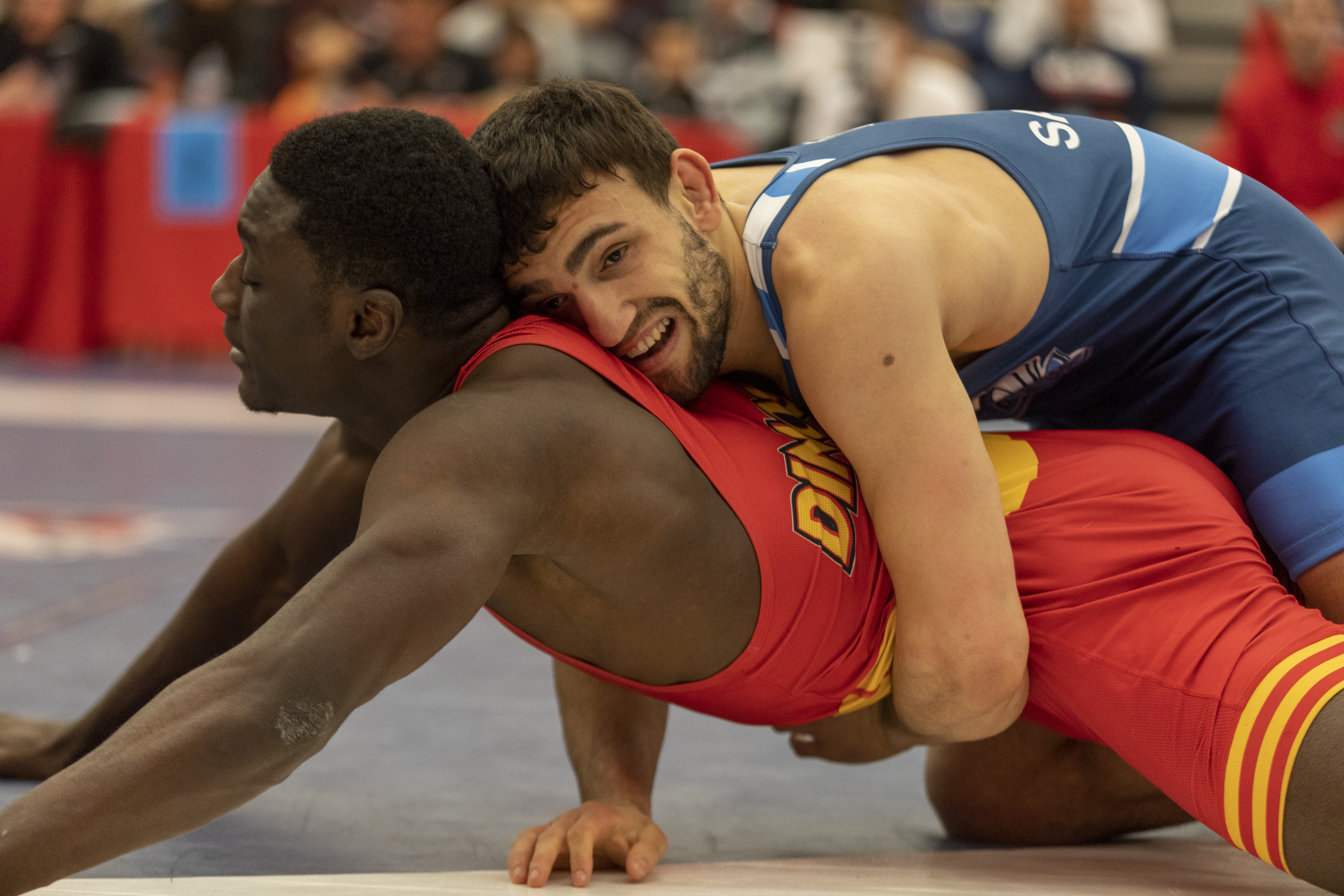 “This isn’t what my ultimate goal is. I want to go to the Olympics, so this is just a stepping stone,” said Sadiku, who will next compete in the Pan American Olympic Qualification Tournament in Ottawa from March 13-15. “Just winning isn’t enough, so I’m glad I was challenged. Even though I won, I’m not happy with it. I let off the gas a bit and he took advantage of that. That’s the mistake I made and that’s what I’ll learn from.”

While the Olympics are also a large goal for Brock’s Clayton Pye., a gold in the men’s 100 kg category was a big relief. 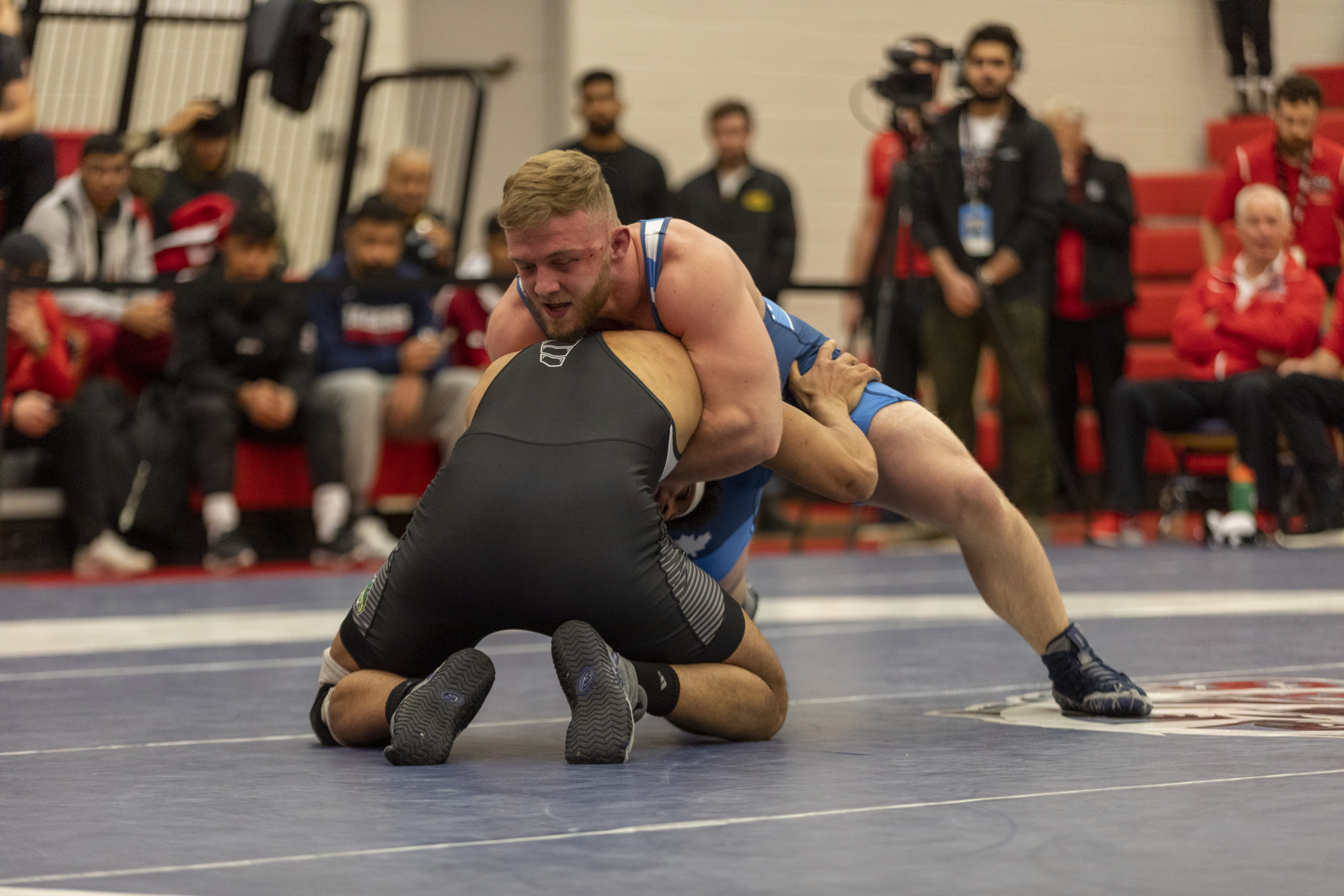 The fifth-year Ingersoll, Ont., native won the U SPORTS title in 2018 but lost in the semifinals last year. He came into the 2020 U SPORTS Championships having won the Olympic Trials in Niagara Falls in December.

“There was just so much pressure on me to win, and I was pretty dominant throughout the tournament, but I was still a little bit nervous because it meant so much more,” Pye said. “I really wanted to win.” 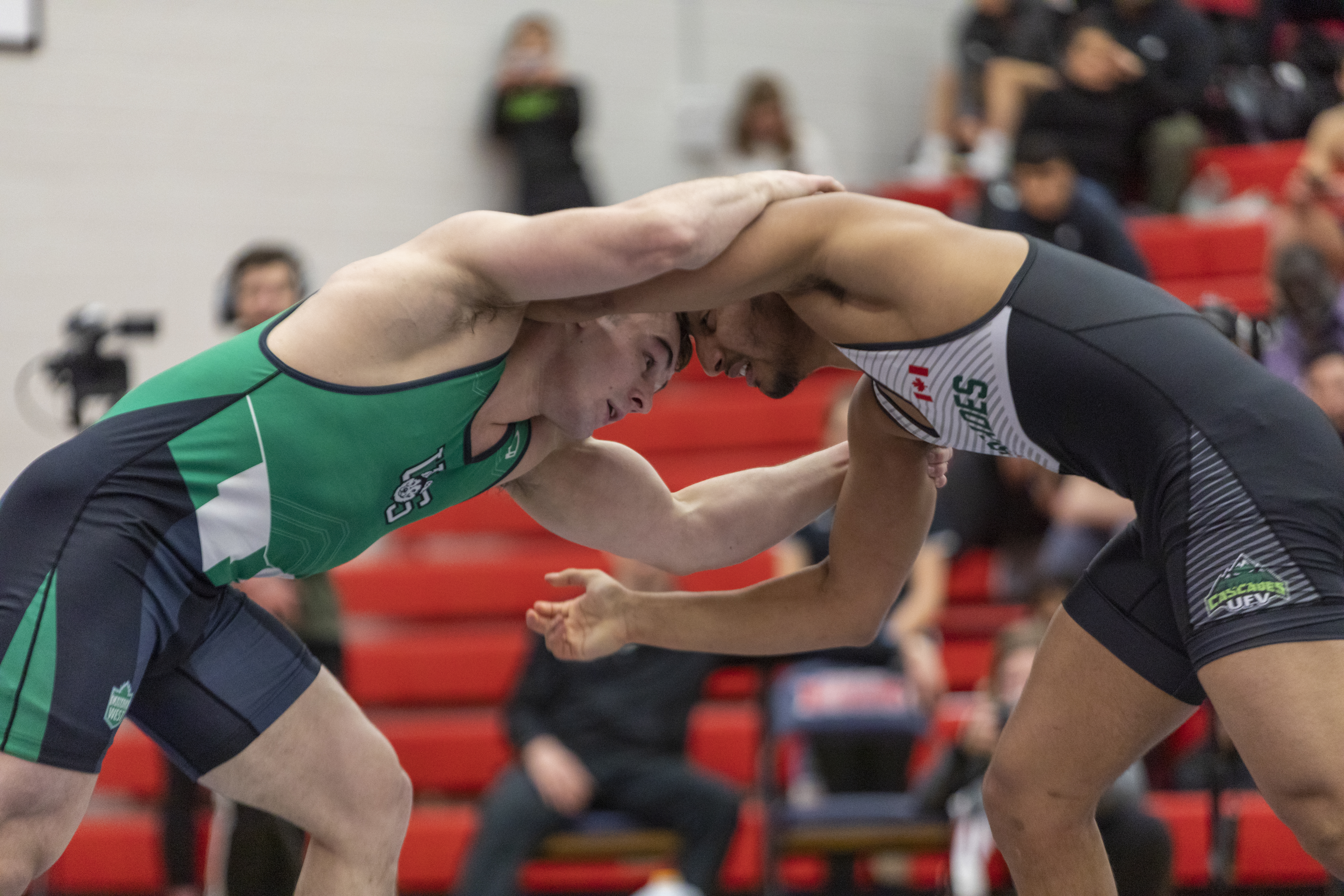 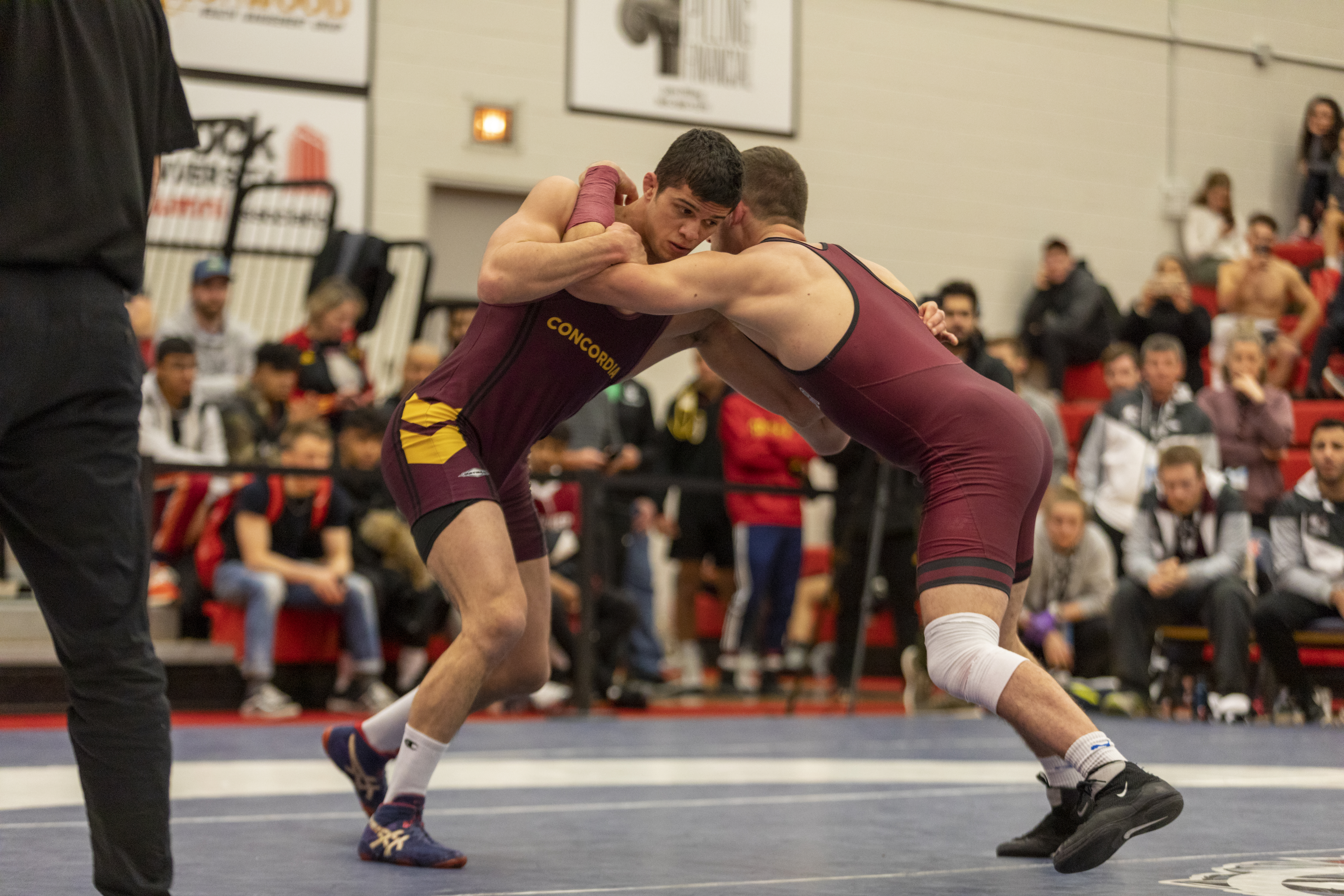 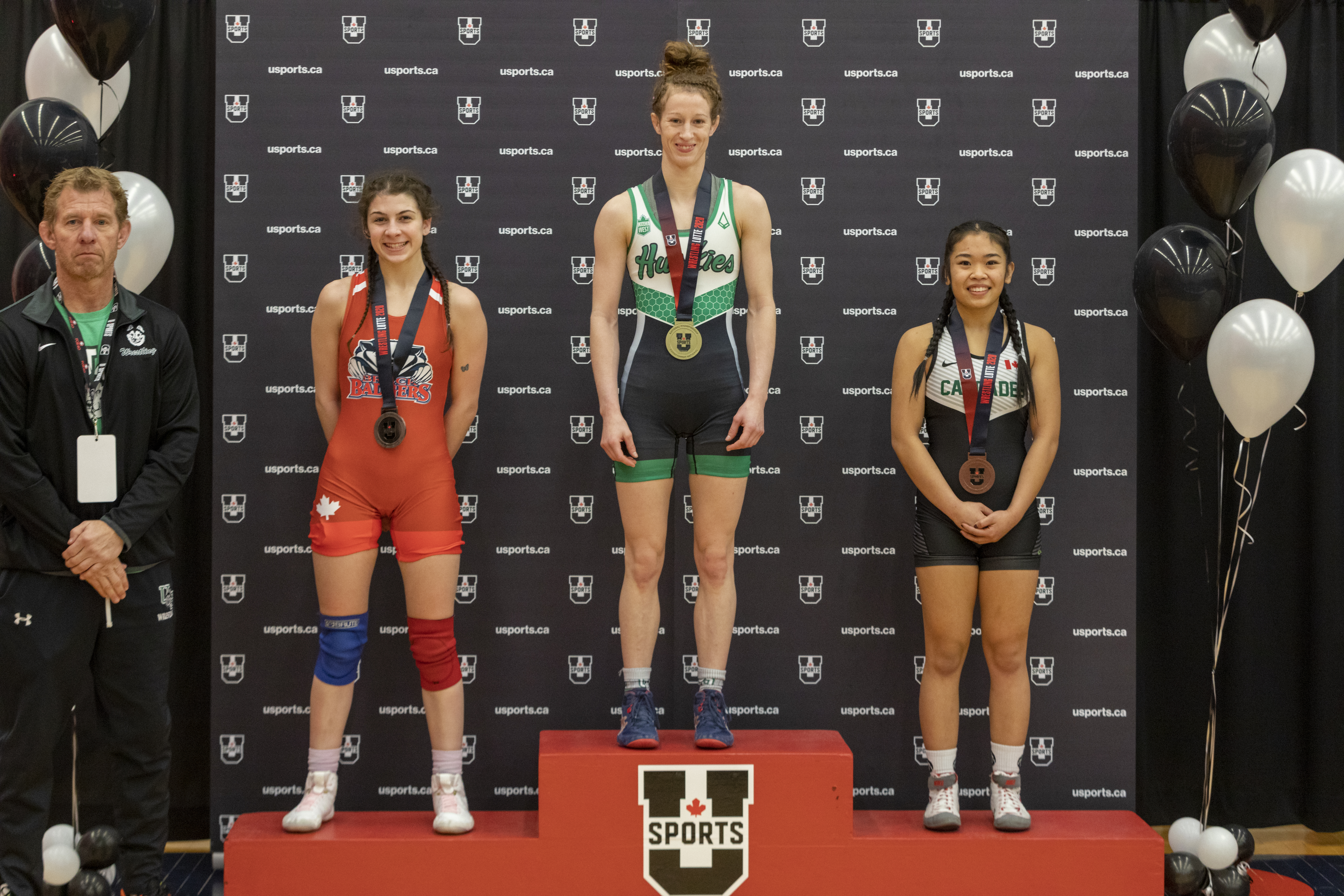 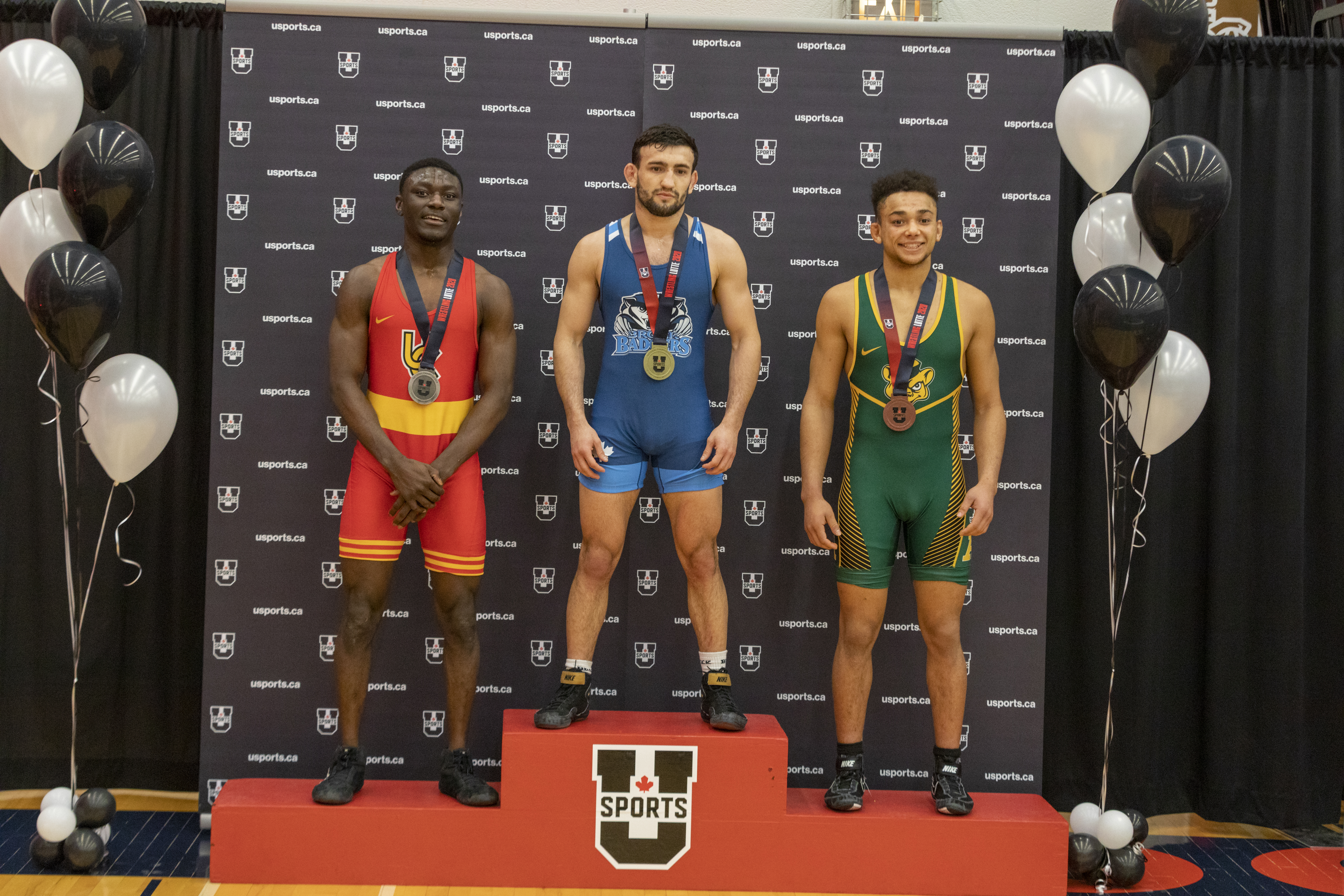