Toronto goalie Rachael Jaffe made not one, but two penalty saves on USA’s Denise Mammolito to give Canada an exciting 10-9 victory over the USA in the women’s water polo quarter-final at Piscina Comunale de Casoria on Wednesday.

Jaffe denied Mammolito on a fourth-quarter penalty, that allowed Canada to then tie and force a shootout, and then turned away Mammolito and the USA’s final shoot-out attempt to seal the victory and semifinal berth for Canada.

All five Canadian shooters and the first four Americans put away their penalty shots in the shootout but Jaffe made a right-hand block to send the Canadians into hysterics and off to chase down a medal for Canada. Daphné Guèvremont, Erica Hardy, Peggy Jean Allin and Valeria Rojas each scored in the game and in the shootout.

“We played with a lot of heart and we stuck to the game plan,” said an elated Jaffe after the game. “On a penalty, the shooter is supposed to score, so I just tried my best and I guess a long arm span helps.”

“I couldn’t have done this game without (the team). It was a team game and they made some key field blocks that helped. We still have to refocus and bring the momentum in to the next game but hopefully not to shootouts.”

The North American battle started out with the Americans gaining a 2-0 advantage on goals from Valeria Ayala and Abrielle Hill. Canada had several quality looks but USA goalie Madison Tagg was in excellent form. Verika Bakoc had a chance on a penalty for Canada but her shot rang off the left post. Canada was able to find the back of the net with 11 seconds left in the quarter, as Floranne Carroll fed Guèvremont, whose powerful shot got Canada on the board and left it 2-1 for USA entering the first break.

In the second quarter, the USA’s Ayala had a clear look at the goal but Jaffe calmly turned her away at the near post. Mammolito then made it 3-1 for the USA on a shot that skipped off the water and just under Jaffe’s arm. Canada was able to get back within one, down 3-2, as Rojas scored her seventh goal of the tournament with a left-handed rocket from distance. Hill responded to send USA up 4-2, but Canada had an answer as Bakoc set up Blaire McDowell to leave USA with the 4-3 edge entering halftime.

Ava Johnson pushed the Americans’ lead to 5-3 off a counter-attack that left Jaffe alone facing two USA players. From there, Canada did well to neutralize the American attacks and minimize their scoring angles. Some quick ball movement allowed Allin to feed Hardy for Canada’s fourth goal, while at the other end Hardy blocked a USA shot to send Canada down for a tying opportunity. USA led 5-4 heading in to the final quarter.

The fourth quarter started with a penalty for the USA but Jaffe dove to her right to make an excellent save on a shot by Mammolito. It was a sign of what was to come, as Allin’s left-handed rocket beat Tagg up high to tie the game 5-5. The Americans poured on the pressure but two posts, a Bakoc block and another Jaffe saved kept it tied entering the final minute of the game. Carroll had the last shot of the game but the ball went just high over the American net sending the game to a shootout. 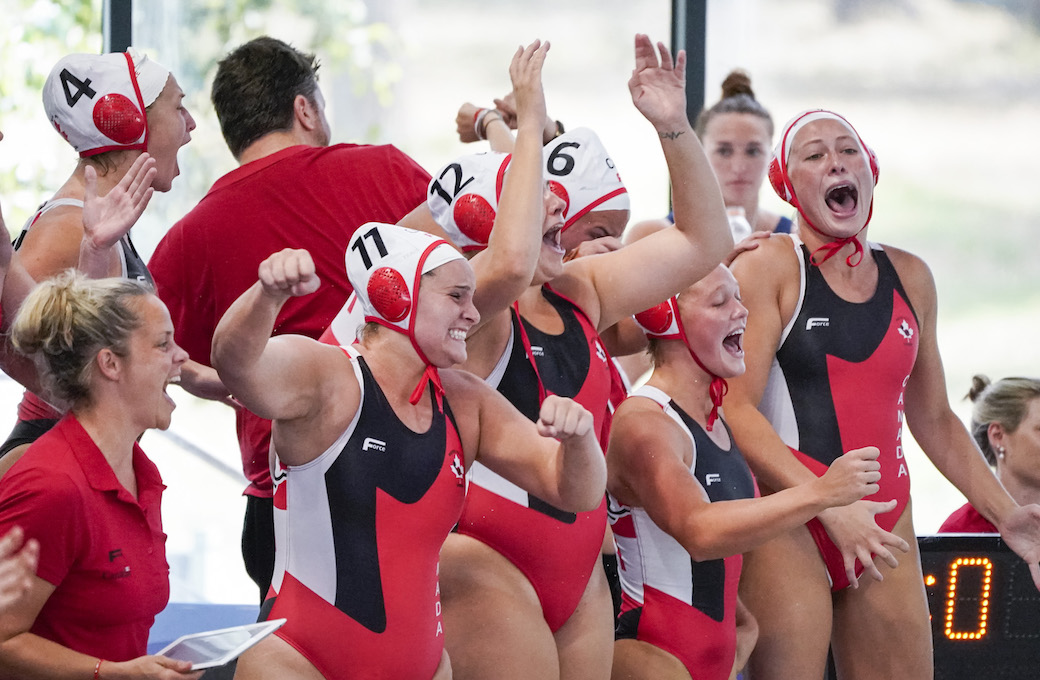 “This kind of win is very emotional and makes me love this job even more. It’s why we do what we do,” said Canadian head coach Cyril Dorgigné after the win. “Rachel has been incredible since the beginning of the tournament. She’s very present and she makes all the saves she has to and then even more.

“This win was an incredible performance for the team. They never gave up. One moment (the USA) went up by two, by one, by two and we never managed to catch up until the end of the game. There were sessions of 10 minutes where there were no goals and we were swimming up and down the pool. The Americans are really fast and (Canada) never gave up.”

The Canadians seal a spot in the semifinals against the winner of the quarter-final game between Italy and Japan. Canada’s semifinal will take place on Friday at 12 p.m. EDT / 9 a.m. PDT (6:00 p.m. local time) at Piscina Scandone in Naples, a different venue than the preliminaries. 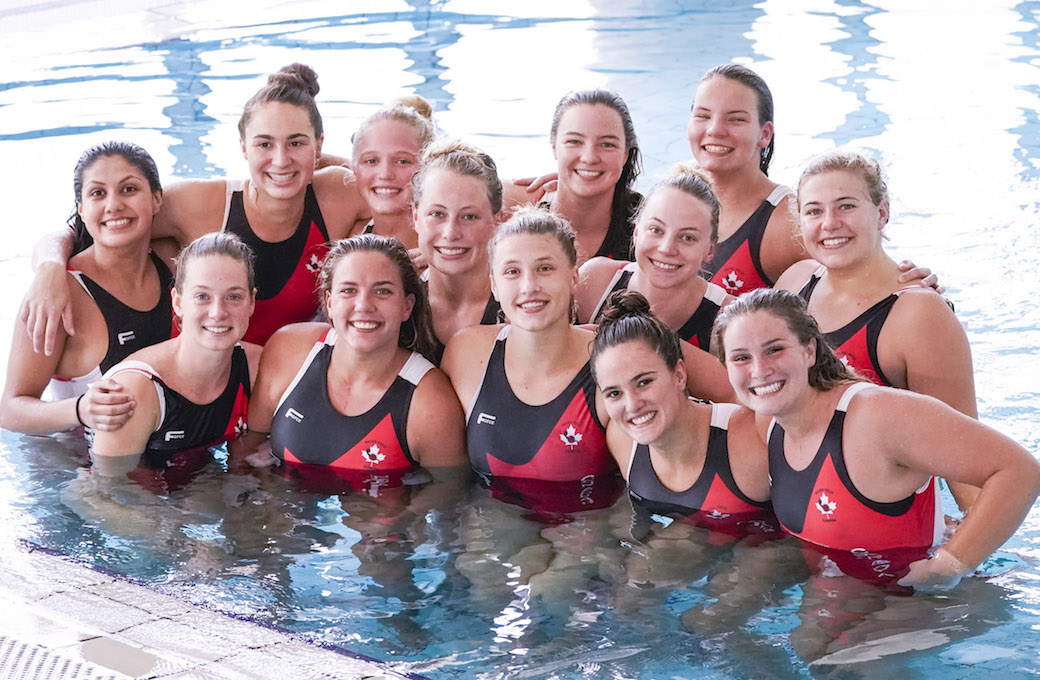 “I gave them an hour to enjoy and then we refocus for the next game,” said Dorgigné. “We play the winner of Japan and Italy and we change facilities, so we really need to rest and recover. We have a lot of work to do to prepare for the next game.”