The University of Ottawa Gee-Gees improved to 2-0 on Sunday at the KELME 2019 FISU University World Cup – Football. Following an impressive 2-0 win in the first game of the group stage on Friday, Ottawa defeated Russia’s Siberian Federal University 3-0 on Sunday to remain undefeated and without a conceded goal.

In front of a strong contingent of fans at Jinjiang Sports Center Stadium, Ottawa became one of only three teams to secure two wins ahead of the final group stage matchup.

Ottawa wasted no time turning up the pressure on the Russian team. In the second minute, Emma Lefebvre had the Gee-Gees’ first substantial chance, finding the crossbar on a strike from just inside the 18-yard box.

In the third minute, a great save from the Siberian Federal keeper thwarted what seemed to be a sure goal on a header from Mikayla Morton.

Morton would get another chance in the sixth minute, as the fourth-year forward unleashed a perfectly placed free kick that found its way to Hailey Walsh, who opened the scoring for the Gee-Gees.

Ottawa kept the pressure up, retaining possession of the ball for 78 per cent of the half. In the final minute, the Gee-Gees extended their lead on another free kick opportunity. Thea Nour’s strike found Morton flying toward the net to finish the play, securing a 2-0 lead at halftime.

Ottawa completed the win in the 79th minute on a goal from second-year forward Angelina Gendreau, who came in as a reserve and iced the win for the Gee-Gees.

Ottawa showed complete dominance throughout, placing 13 shots on goal of its 33 total shots. In comparison, the Gee-Gees’ backline allowed zero shots on goal and just one total shot from the Siberian side. 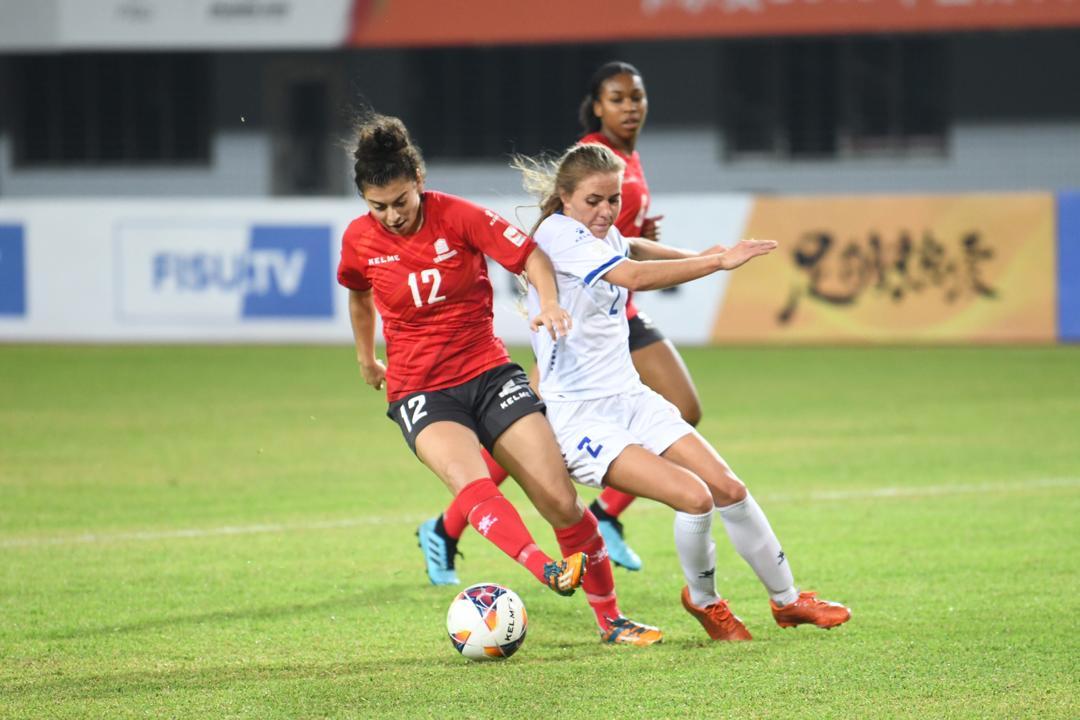 Overall, Ottawa possessed the ball 70 percent, placing their berth in the semifinals and contention for an international medal just one win away.