Anthony Repaci of the Saint Mary’s Huskies men’s hockey team and Tori Micklash from the UBC Thunderbirds women’s hockey squad are the U SPORTS Male and Female Athletes of the Week for the period ending Jan. 13, 2019.

A fourth-year forward from Toronto, Repaci had a six-point weekend for the second-place Huskies as they downed the Moncton Aigles Bleus and the Acadia Axemen to secure an AUS playoffs berth. Repaci scored on the power play in the Huskies’ 4-2 win over Moncton on Wednesday. Friday versus Acadia, he scored two goals—including the game-winner—and added three assists. After missing 11 games in the first semester due to injury, Repaci has started 2019 off strong, with 10 points in the first four games. 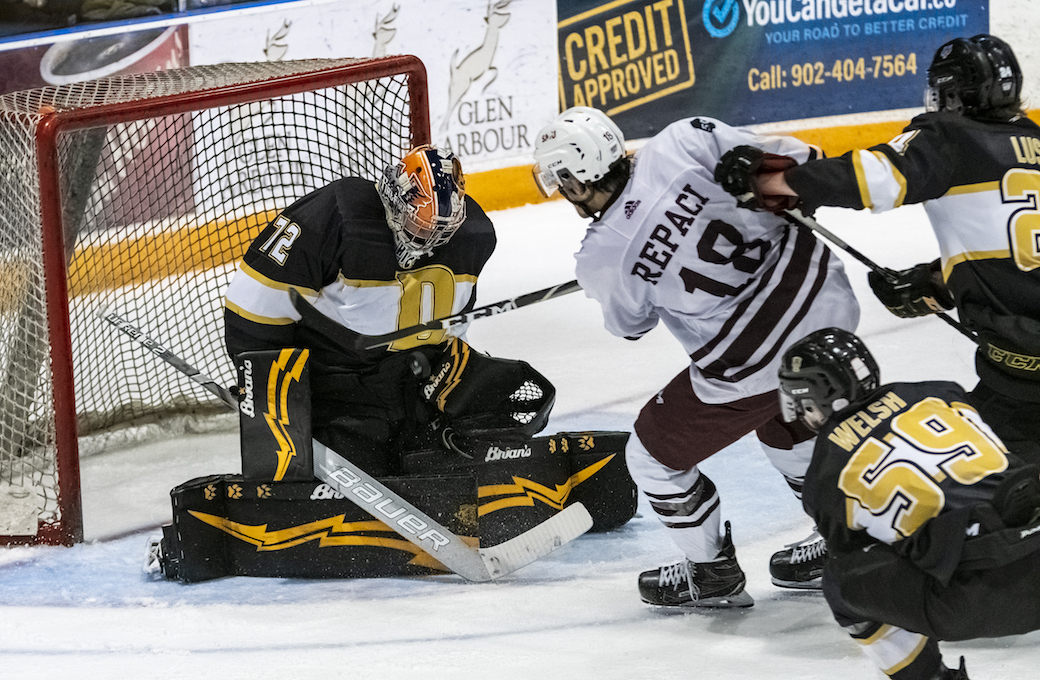 The unranked UBC Thunderbirds went into Clare Drake Arena over the weekend and came away with four out of a possible six points against the No. 2 Pandas, thanks in large part to third-year goaltender Tory Micklash who allowed just one regulation goal on 55 shots. The kinesiology student stopped 27 shots Friday night for her fourth shutout of the season, and made another 27 saves Saturday for a .982 save percentage on the weekend. Micklash has an outstanding 0.88 goals-against average and a .958 save percentage on the season and has not allowed a goal against in four of her nine wins.