Luke Peressini of the Western Mustangs men’s hockey team and Kaitlyn Ross from the Mount Royal Cougars women’s hockey squad are the U SPORTS Male and Female Athletes of the Week for the period ending February 16, 2020. 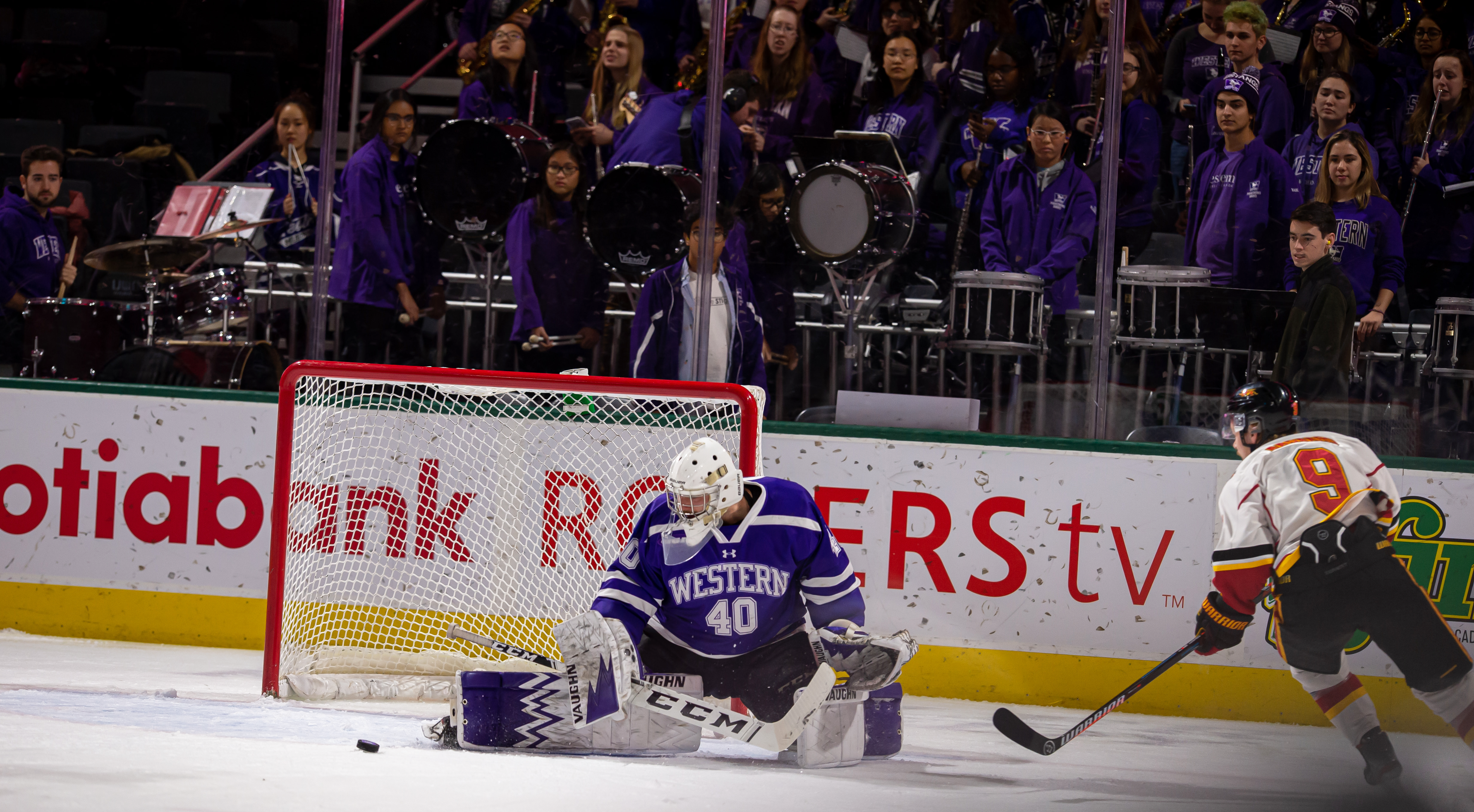 With their backs against the wall in their opening round series against the Toronto Varsity Blues, Luke Peressini stepped up in a big way for the Western Mustangs, nackstopping them to a spot in Round 2.

When the puck drops on the playoffs, it truly is a whole new season, which the Mustangs proved once again when taking on the West Division’s top seed. After dropping Game 1 to the No. 7 nationally-ranked Blues in Toronto, Western bounced back in a big way to not only force a deciding game, but to claim the series win in upset fashion. Given the task at hand, going up against the second-highest scoring team in the regular season, the fourth-year goaltender needed to be nearly unbeatable to claim back-to-back wins in elimination games, but lucky for the London squad, he was.

Peressini earned the victory in Game 2 by turning away 42 of 43 shots faced. He mirrored the feat in the Game 3, once again allowing just one puck to get by him en route to the 32-save victory on the road. Despite picking up the Game 1 loss, the Nobleton, Ont., native finished the first round with a second-ranked .943 save percentage and fourth-best 2.04 goals-against average, all while make 99 saves in three games for his eighth-seeded Western team. 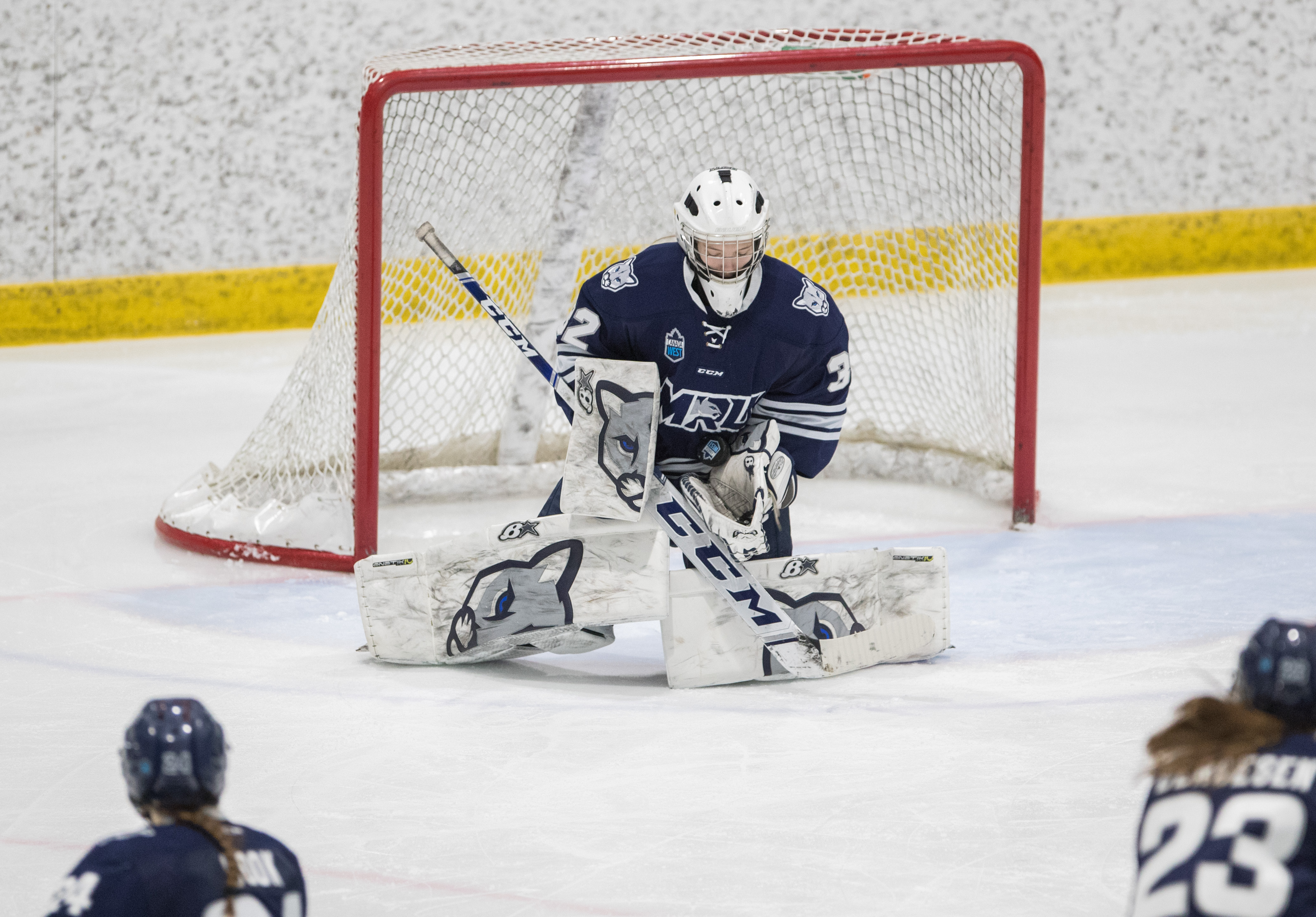 Friday's game was a stalemate for three and a half periods. Ross was a brick wall all afternoon making 22 saves and helping her team get to the second overtime period where it took only 24 seconds to seal the deal and go up 1-0 in the best-of-three series.

Saturday's rematch was no different as the first-year netminder was perfect again, stopping all of the 24 shots she faced and clinching the first semifinal appearance for Mount Royal. That shutout brings her season total up to six and only improves upon her .943 regular season save percentage.

Ross is a first year arts major from Redcliff, Alta. In 13 appearances this season she has allowed more than one goal only three times and had a regular season goals-against average of 1.14. The Cougars will now look ahead to an all-Calgary semifinal, as they face the Dinos to see who moves on to the Canada West Final and qualifies for the U SPORTS championship.