GATINEAU, QC– The Canadian Elite Basketball League (CEBL) announced Wednesday that Thomas Kennedy has been named U SPORTS Player of the Year for the 2022 season.

A student-athlete forward from the University of Windsor, Kennedy was a breakout performer for Fraser Valley this past CEBL regular season, averaging 14.5 points, 8.3 rebounds (third in the league) and two assists per game on 63.6 per cent shooting from the field (second in the league).

Kennedy also led the Bandits across several statistical categories; including second in points, first in rebounds, fourth in assists and steals per game, as well as ranking first in field goal percentage. 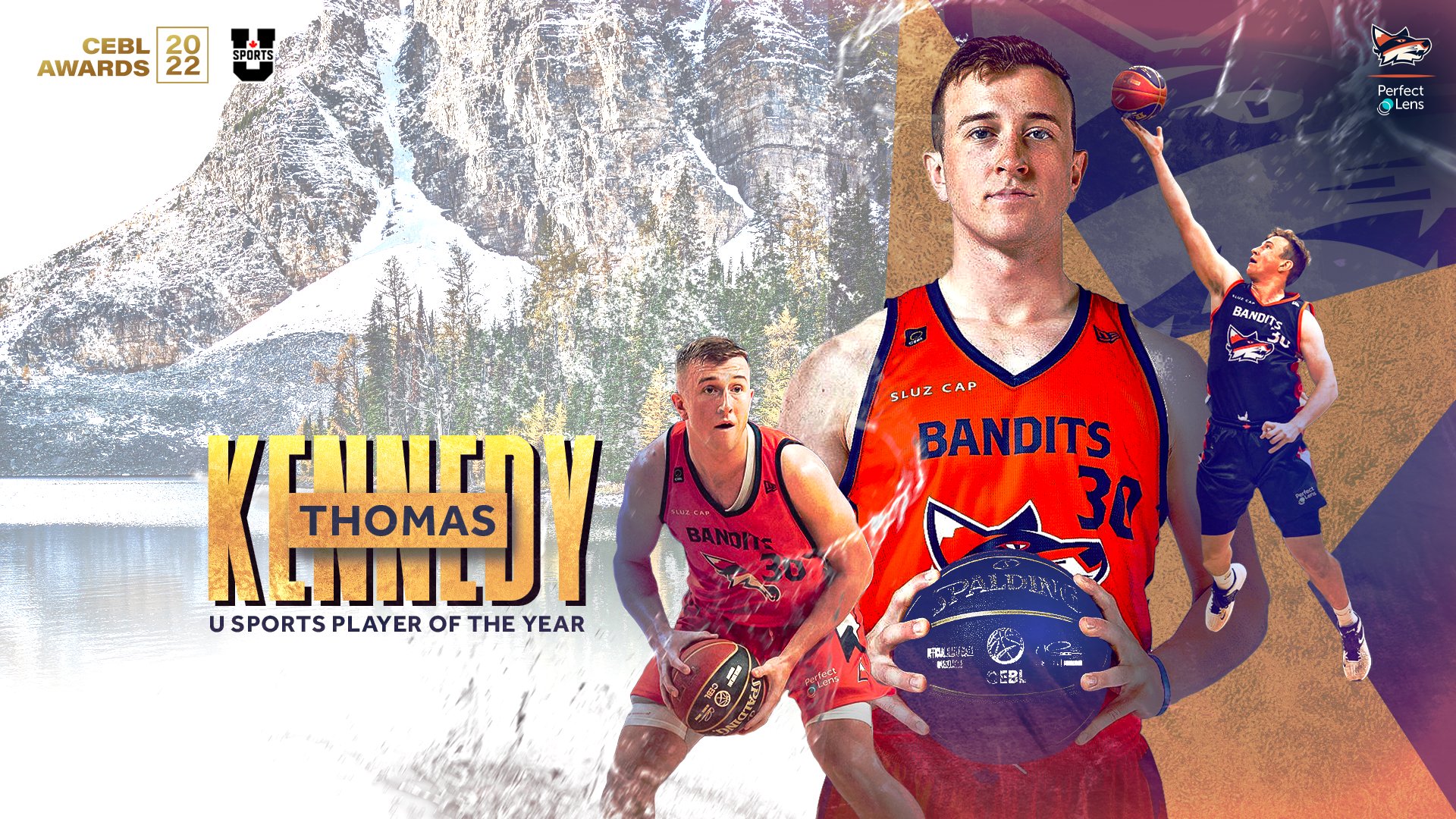 “I am grateful for the summertime experiences that the CEBL has given me as a young athlete and now to be named the U SPORTS player of the year is an honour. Coaches, staff and the Bandits organization supported me all summer and consistently put me in a position to succeed and showcase my talent,” Kennedy said.

“I am thankful for my Bandits teammates who trusted me and provided me with confidence all season. I would not have won this award without everyone’s support.”

Over 12 regular season games played, the 6-foot-9 forward averaged 28.1 minutes per game and also represented the Canadian under-23 men’s national team at the GLOBL JAM showcase in Toronto this past June and July. Kennedy will return to the Windsor Lancers this upcoming fall.

Kennedy was drafted at the CEBL U SPORTS Draft by Fraser Valley with the seventh pick in the first round last April. Kennedy led U SPORTS in rebounding last season, averaging 15.3 rebounds and 22.3 points per game in his third season with the Lancers. 2022 was Kennedy’s third season in the CEBL after previously being drafted by the Hamilton Honey Badgers in 2019 and 2021, respectively.

StFX’s Muenkat, Windsor’s Kennedy Nominated for CEBL U SPORTS Player of the Year