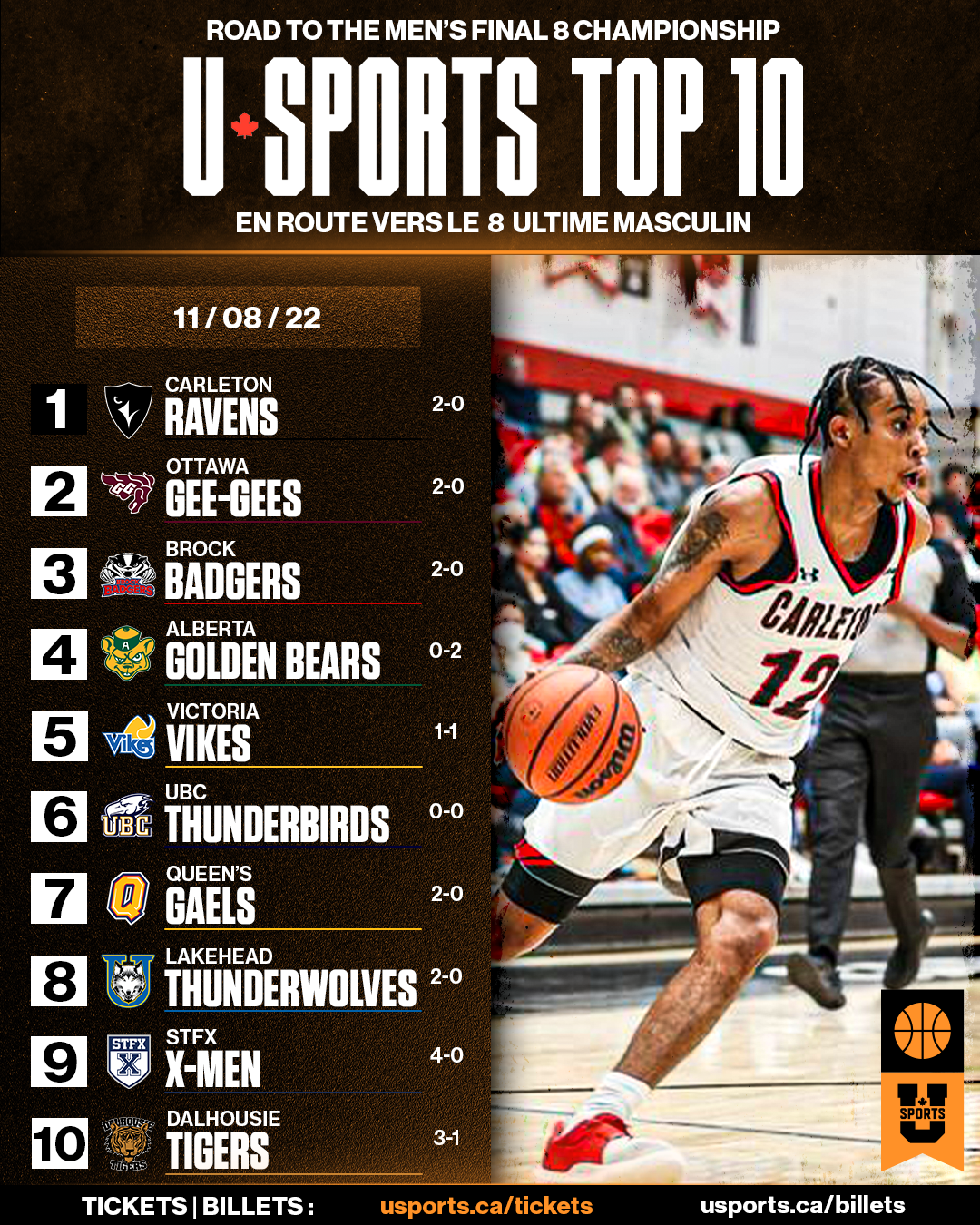 U SPORTS Men’s Basketball Top 10 is officially underway, and the 2021-22 defending champion Carleton Ravens (2-0) open at No. 1 following a strong defensive performance en route to a 97-66 victory over York to begin their season. The Ravens followed it up the next day with an 82-68 win over McMaster. The Ravens have taken home the W.P. McGee Trophy in the past three championships.

Also with 2-0 records, the Ottawa Gee-Gees and Brock Badgers open at No. 2 and No. 3, respectively.