From hockey skates to roller blades, Dana Somerville and Sarah Power have been teammates more than once.

The pair were not strangers to one another having both been involved in the hockey community for years, and having seen each other play.  But it was only after Power decided to suit up for the York Lions women’s hockey squad that they struck a friendship and together experienced the power of sport.

Somerville retired her Lions jersey in 2017 after playing five seasons with the team, during which time she also made four world championship appearances with Canada’s national inline hockey team. Power, now in her third season as a defender with the Lions, will be returning to Canada’s inline team this summer for her fifth national team appearance. Both women have played double duty for the national team – some years even dressing for both Canada’s junior and senior team.

The pair reflected on their time in hockey and their trip to Asiago, Italy in 2016 with Team Canada for the senior women’s world inline hockey championship, where they brought home gold. 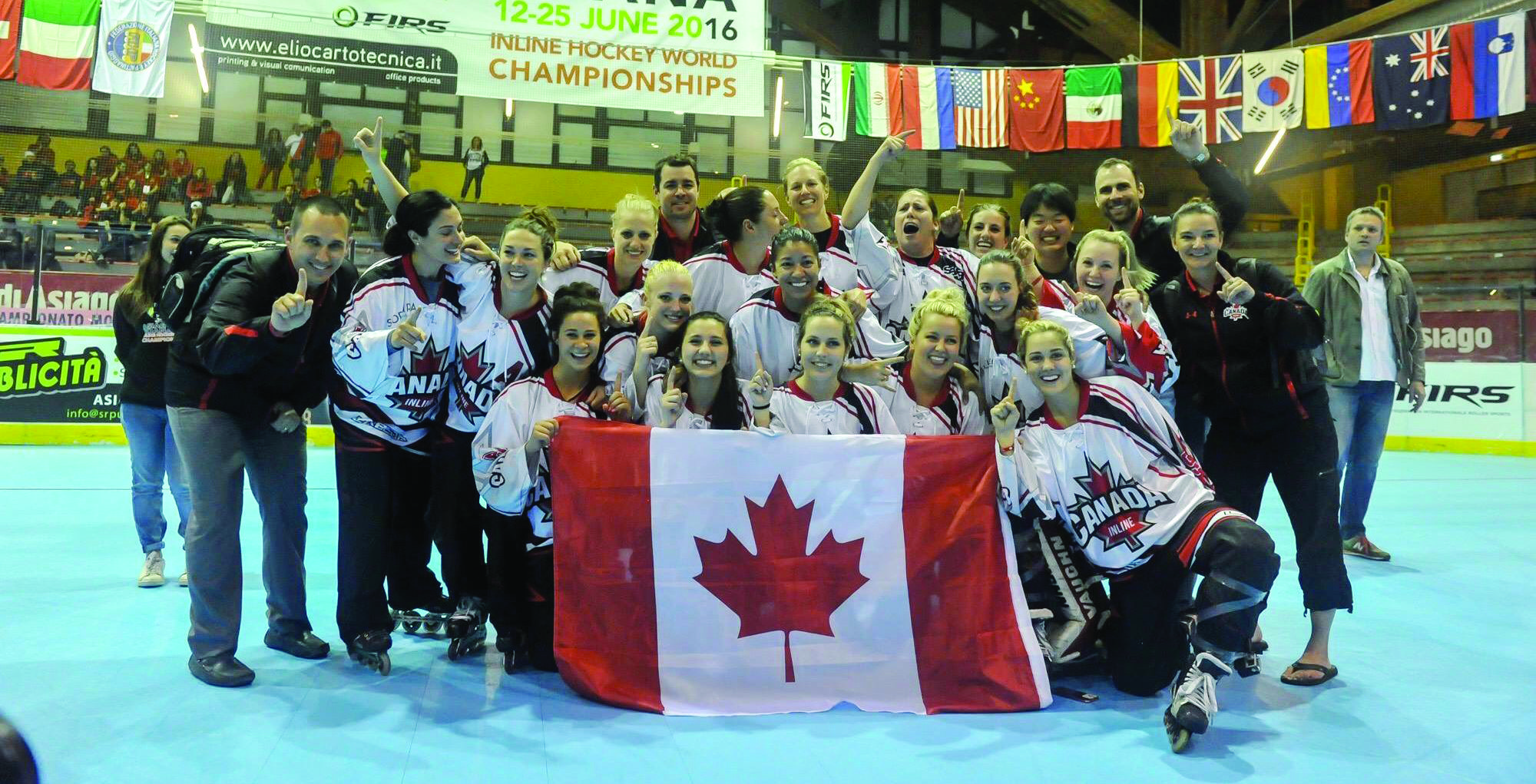 “It was probably one of the most memorable moments that I have in the sport, especially because the two years previous (we participated) we lost,” says Somerville, recalling the team's silver medal performances in 2013 and 2014.

When we won it was a huge moment of relief and excitement to have overcome two years of that feeling of just not quite making it.

“It was nice to have a little piece of home on that trip,” says Power. “(Dana) helped keep me grounded when I would get anxious and nervous about games and she was always there to remind me where we came from and that we deserve to be here and that we can play at this level…Whenever I would second guess myself, she’d always be there to calm me down and make sure I was okay.”

While playing in Italy, the pair were moved while witnessing the impact the sport had on Team Iran. Encouraged by the country’s determination for women playing hockey, it was a prime example for Somerville and Power of how the sport was helping overcome barriers.

That’s something that was so special…they [Team Iran] weren’t there to necessarily [win] a medal, it was more just busting through a glass ceiling that has been almost grounding them for so long and they finally broke free of that

“I feel like that is just a huge momentum builder for not only other countries, but just other girls seeing that – if you want to play, you can play.”

Although no longer teammates, Power and Somerville remain friends and say they have the sport – both ice and inline versions – to thank for their bond.

“Even though I am not there with them all the time anymore, (Sarah) still tells me about games,” says Somerville. “We still keep in touch, we still hang out so it’s a pretty special friendship.” 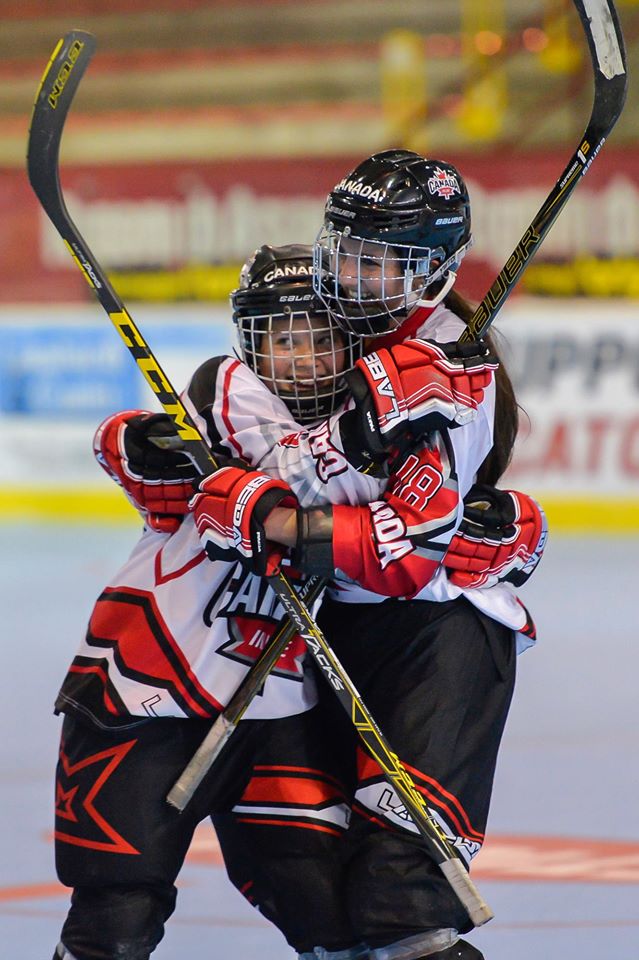 Power attributes the sport for many of the strong qualities she has acquired, and says she wishes more women and young girls would play hockey so they could experience the benefits, such as stress relief. She adds she always looks forward to hockey practice because it helps her clear her mind so that she can better tackle the rest of her day.

Similarly, Somerville says her hockey family helped her achieve the success she experienced while at York, including earning Academic All-Canadian status during her first and final years at the university.

“I had some really close friends on the team and we would work at school together, we would train together, so I think that that was something that was huge too,” say Somerville. “It keeps you accountable, it keeps you motivated…you don’t really feel like you’re missing out socially when you have a strong group of people who are working towards the same goals as you.”

Both Somerville and Power were introduced to hockey at a young age and have been playing for well over a decade, and both women say they would not have achieved the level of success they have had in the sport without the unconditional support of their family. 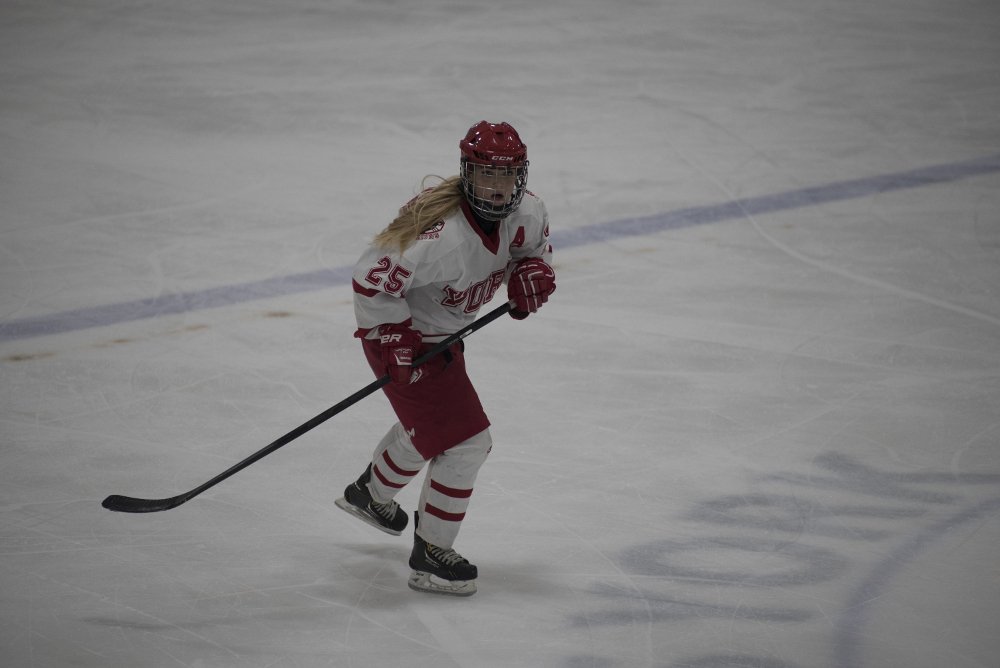 “I definitely wouldn’t be the person or the player that I am today if it wasn’t for my mom,” says Power. “She’s definitely really shaped the way I play and my personality, everything in between. I don’t even know what to say, no words would do her justice.”

Power adds that her future with hockey is undecided but says she’s not ready to hang up her skates and is looking forward to the 2018 world inline hockey championship and the chance to defend the gold medal for her country.

Somerville, although no longer a Lion, says she hasn’t quite said goodbye to the sport yet either, but is happy with how she left things at York.

Joti Grewal is a Master of Journalism student at Ryerson University. Her interest in journalism stems from her passion to communicate and connect with people through storytelling. Prior to moving to Toronto, Joti earned her Bachelor’s degree in English Literature at the University of British Columbia in Vancouver. While at UBC, Joti wrote for the campus newspaper The Ubyssey, primarily covering men’s and women’s rugby.