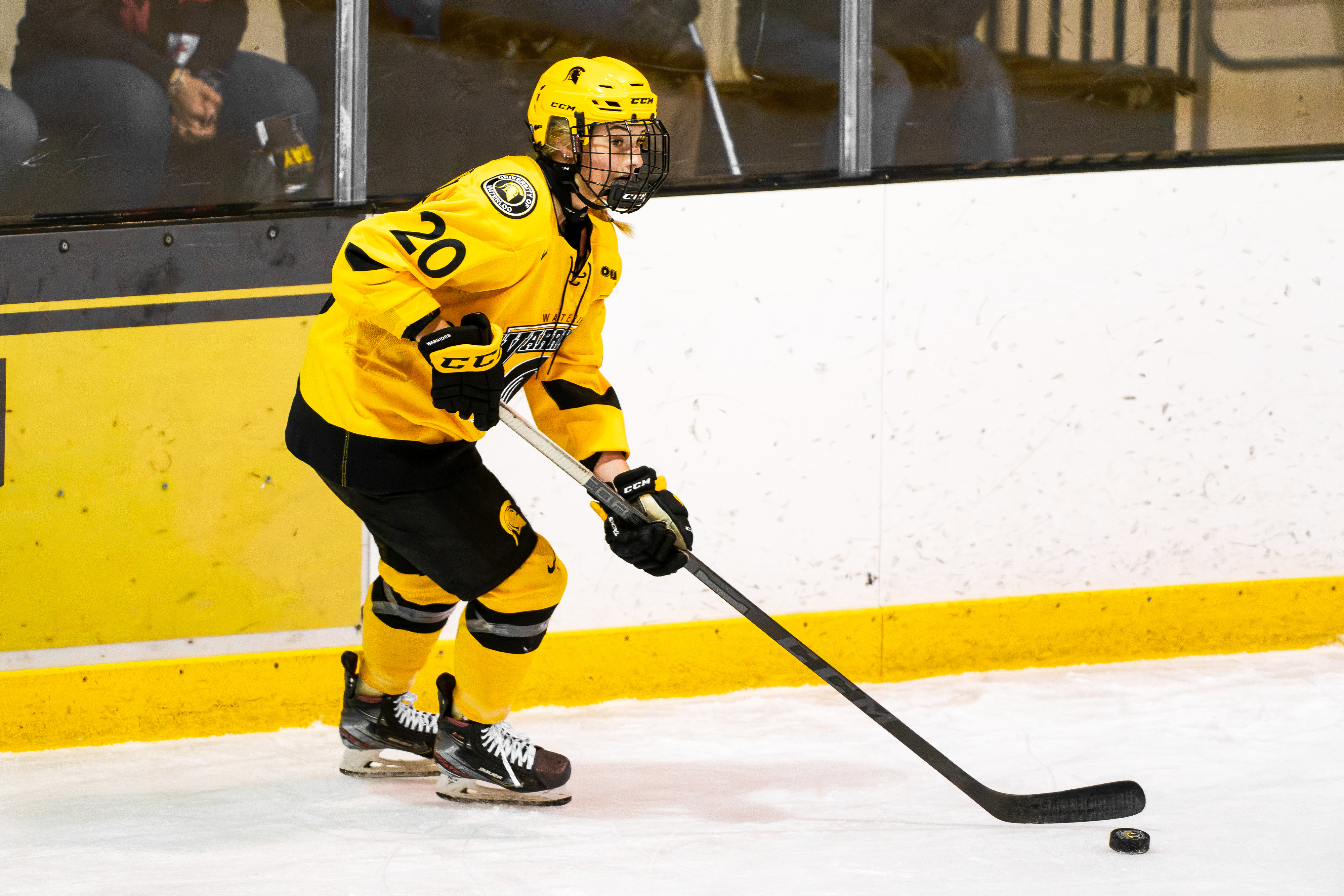 Herrfort, a third-year forward from Palmerston, Ont., has come out of the gates quickly for the Waterloo this season, and this past weekend was no exception, with Herrfort collecting a total of five points in the two wins.

In a close contest with TMU, Herrfort assisted on the team’s lone goal in regulation, and with the Warriors and Bold all knotted up in overtime, the arts and business student provided the heroics with the game-winner to keep Waterloo’s undefeated season intact.

Against the York Lions, Herrfort assisted on what proved to be the game-winner late in the opening period, before scoring herself halfway through the second. A second assist – and third point in the game – came on the team’s final tally, and helped her cap off the weekend with points on five of Waterloo’s six goals overall. 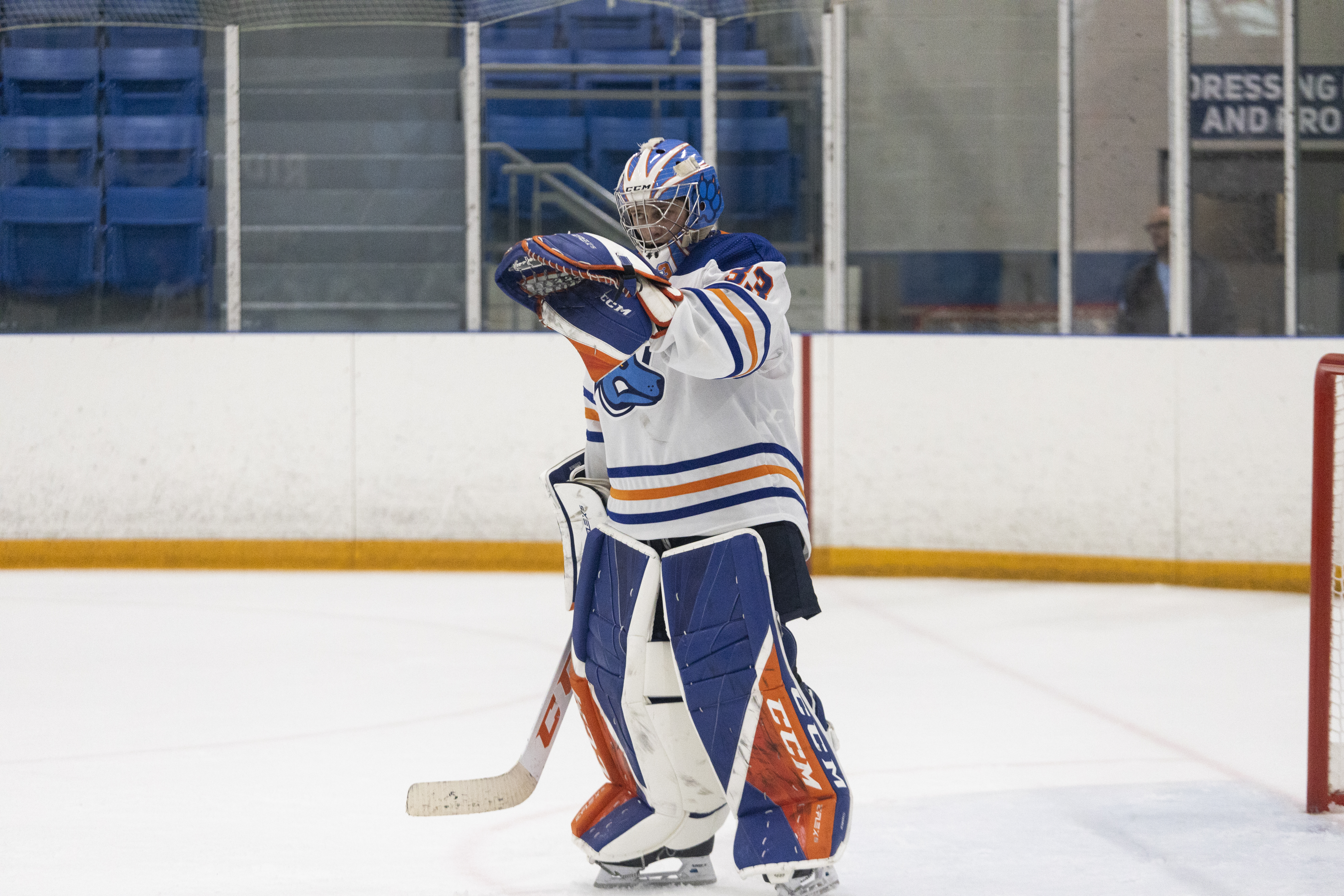 William Desmarais, a first-year psychology student, picked up his first OUA win on Saturday at home with a 5-2 victory over the UQTR Patriotes.

His 44 save performance not only earned him his first win as a Ridgeback, but also handed the No. 1 ranked Patriotes their first loss of the 2022-23 season.

UNB claims the throne, No. 1 in Women’s Hockey