Jacob Gallant of the Toronto Varsity Blues and Elise Hugens from the UBC Thunderbirds are the U SPORTS Athletes of the Week for the period ending March 13th, 2022.

The Varsity Blues extended their streak of men’s swimming titles this past weekend, and a key contributor helping them secure their 18th straight title was newcomer Jacob Gallant, who proved to be a shining star at the 2022 OUA Swimming Championships.

It was a banner season debut to remember for the first-year international relations major, as he made a splash each time he hit the water for the championship-winning Blues. In his first race, Gallant paced the men’s 400 IM pack with a gold-medal-winning time of 4:13.74, a result that set a new benchmark in the OUA record books. And while that may have been his first OUA medal, it was certainly not his last.

The second day’s action led to another individual gold in the 200m breaststroke (2:10.43), while he accomplished the same in the 200m IM the following day in a first-place time of 1:59.67. The Fredericton, N.B. native also combined with his Toronto teammates to secure silver in the men’s 800m freestyle relay.

With four medals in tow, Gallant was well-recognized with the weekend’s major awards. Not only was he named the male rookie of the year but received OUA swimmer of the year honours. With two IM medals to his name, he also took home the Dr. Jeno Tihanyi Individual Medal Excellence Award on the men’s side. 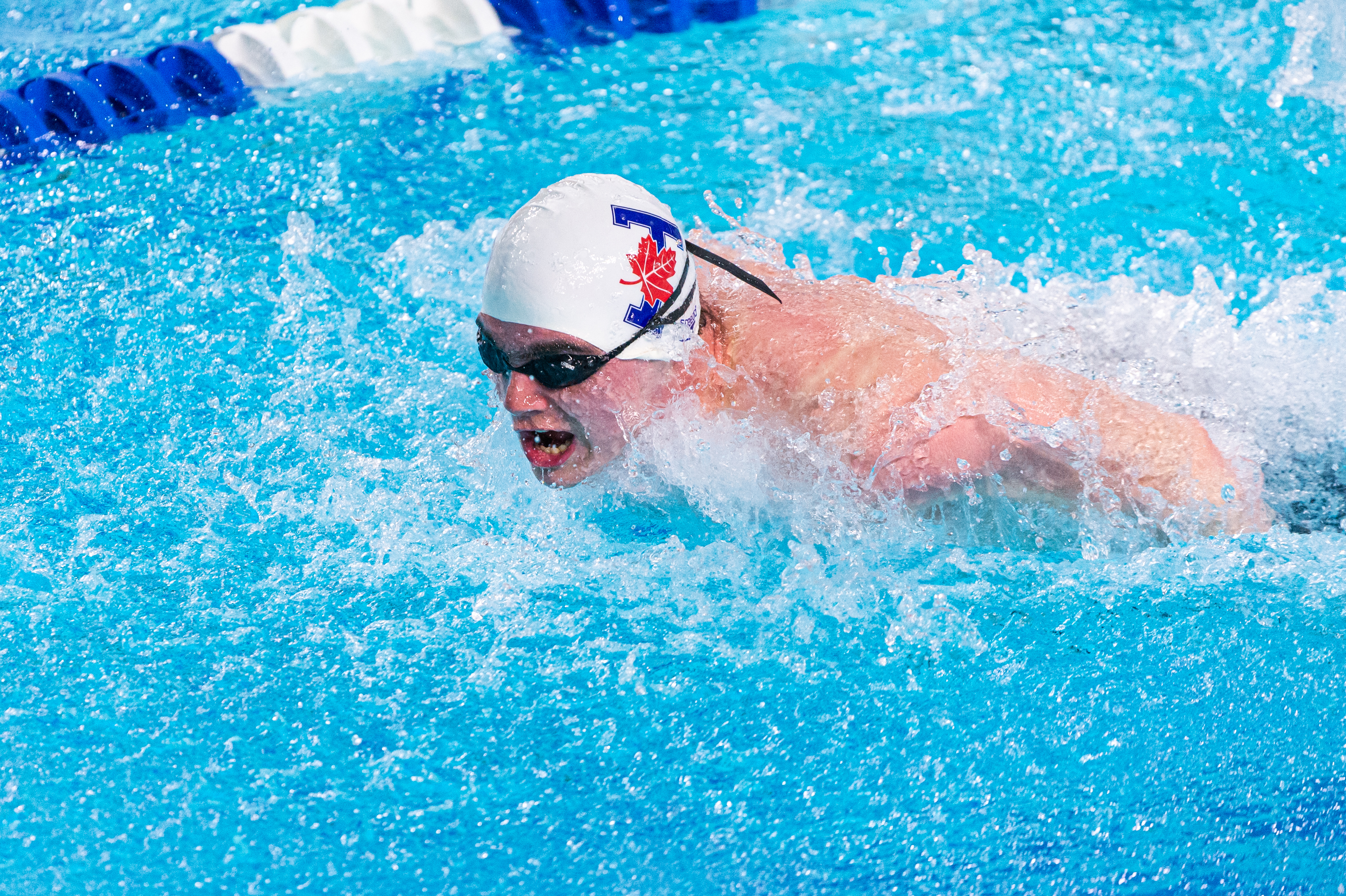 Elise Hugens posted two straight shutouts in the biggest games of the season. The first-year goaltender didn't allow a single goal as the UBC Thunderbirds swept the Saskatchewan Huskies to raise the Catherwood Cup.

Hugens was iron-clad Friday, turning away all 13 shots en route to a 4-0 victory Huskies in game one.

The Sherwood Park, AB product completed the perfect weekend Saturday, again shedding every shot the Huskies fired her way. And UBC needed it — the team found no success on offence and took the game into overtime, tied at zero.

On the weekend, Hugens posted two shutouts, completing 121:38 straight minutes of scoreless hockey. In the series, Hugens posted a 0.00 goals-against average and a perfect 1.000 save percentage. 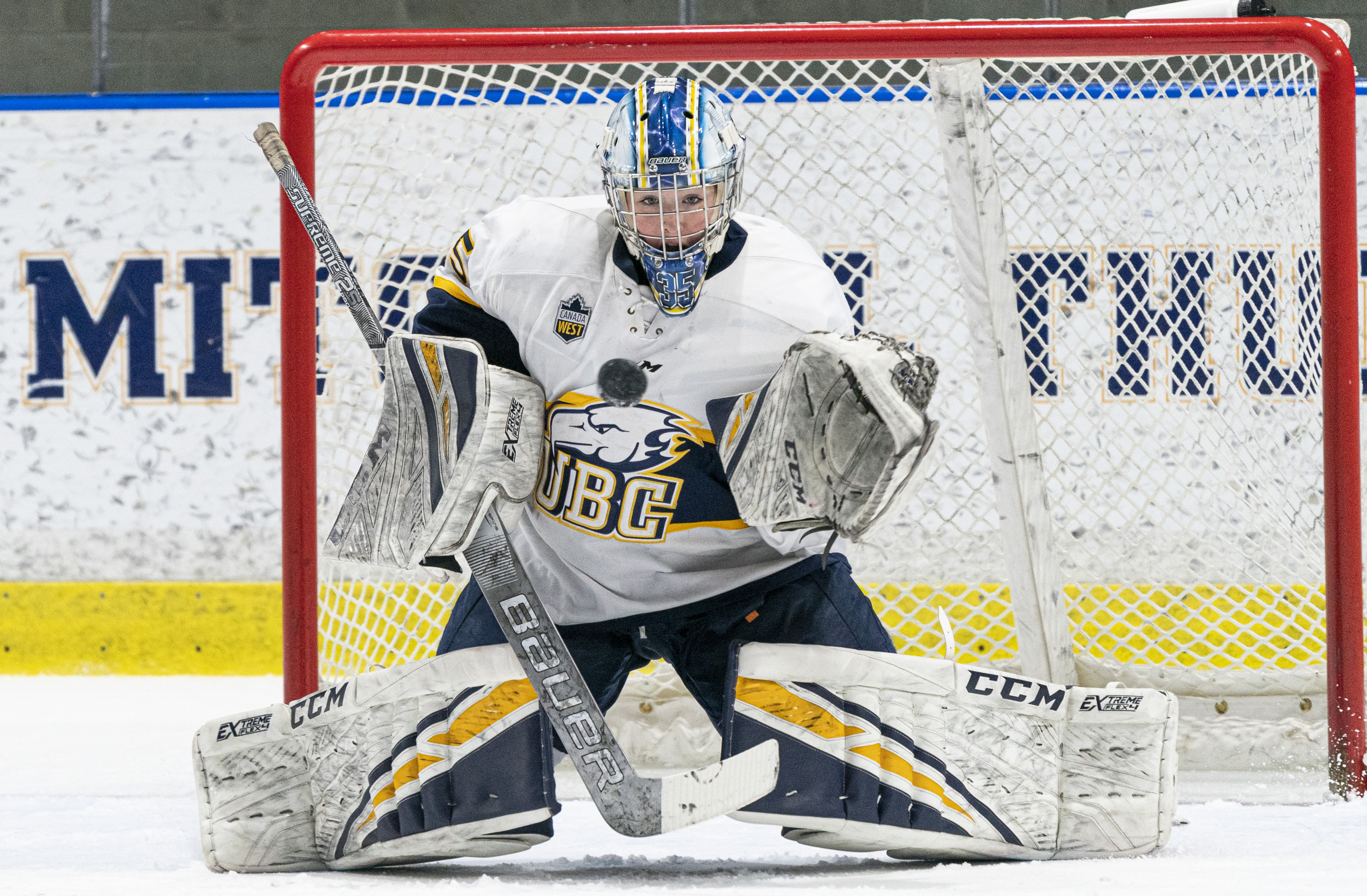