General Role of the Board of Directors:

Responsibilities of the Board of Directors:

Conduct at Board Meetings:

Role and Responsibilities of the Chair:

Role and Responsibilities of the Secretary:

The Secretary will be responsible for ensuring the documentation of all amendments to the Articles and Bylaws, ensuring that all official documents and records are properly kept, ensuring that minutes of all meetings of the Directors and Members are properly kept and maintained, ensuring due notice is given to all Members of meetings of the Members, and performing such other duties as may from time to time be delegated by the Board of Directors or the Chair of the Board.

Role and Responsibilities of the Treasurer:

The Treasurer is responsible for overseeing relevant financial matters of U SPORTS', leading the activities of the Finance Committee, ensuring that proper accounting records as required by legislation are maintained, ensuring the deposit of all monies received in U SPORTS' bank account, ensuring the appropriate disbursement of funds, ensuring the Board is provided with a timely account of financial transactions and the financial position of U SPORTS', and performing such other related responsibilities and duties as may be directed from time to time by the Board of Directors or the Chair of the Board. 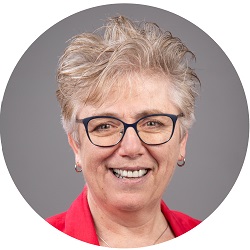 Dr. Joanne MacLean is the President and Vice-Chancellor of the University of the Fraser Valley. She began her term of office as UFV President on May 1, 2018 and is the first female to hold the position. Over the course of her 35-year career, she has held positions as Professor, Coach, Athletic Director, Academic Department Chair, and Dean.

Prior to joining UFV in 2012 as Dean of the Faculty of Health Sciences, Dr. MacLean held appointments at the University of Windsor and Brock University in Southern Ontario. She received a PhD from Ohio State University where she studied human resource management in sport and recreation, and administration in higher education. She holds a bachelor and a master degree both in physical education from the University of New Brunswick in her hometown of Fredericton.

Dr. Maclean is the author of two books, and over 70 peer-reviewed publications and presentations. Her research interests include human resources and performance management, sport governance, and the Canadian sport system. She was named a Research Fellow of the North American Society for Sport Management in 2009. 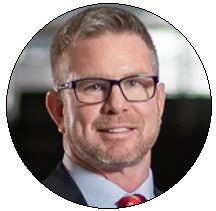 Fluently bilingual, Phillips is a native of Gaspé, Que., and currently resides in Vaudreuil-Dorion, Que. Most recently serving as the Director of Sport Programs for Athletics and Recreation, Phillips is a McGill alumnus twice over, having earned both a bachelor's degree in physical education and a master's degree in sports psychology at the University.

Phillips began his career in Athletics &Recreation  as an assistant manager in both, the Campus Recreation and Varsity Sports offices, before rising to the position of Assistant Director, where he remained until taking on his most recent role in 2016.

Having played varsity hockey for McGill during his undergraduate studies, Phillips also served as head coach of the women's hockey program between 1990 and 1994. He was named the Quebec conference coach of the year in 1992.

In addition to sitting on numerous advisory committees at McGill, the Réseau du sport étudiant du Québec (RSEQ) and U SPORTS, Phillips served as technical manager for the U SPORTS mission staff at the 2015 FISU World University Summer Games in South Korea. 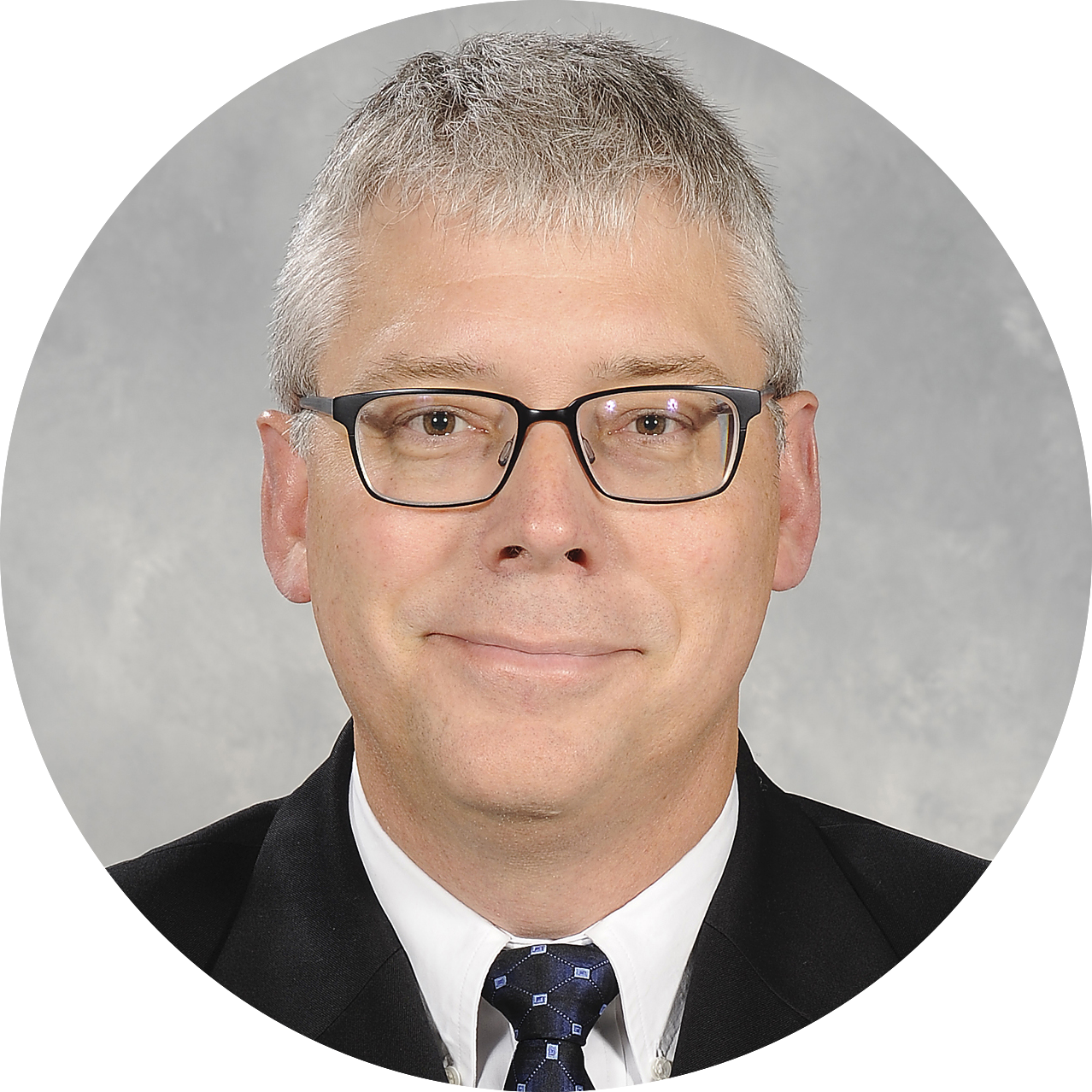 Treasurer and Member at large

John Olfert has been with True North Sports + Entertainment since 2001, serving a variety of capacities during the development and opening of the MTS Centre (2004) and MTS Iceplex (2010), acquisition of the Winnipeg Jets NHL franchise (2011), and overseeing the financial and administrative operations of True North’s properties and teams (Winnipeg Jets and Manitoba Moose). John served as True North’s Chief Financial Officer from 2002 until 2014, when he transitioned into the broader role of Chief Operating Officer. This past summer, John was named President & COO and will also serve as alternate governor for the Winnipeg Jets Hockey Club.

John is a graduate of the University of Winnipeg, and has a CPA, CGA designation. Prior to joining True North, he began his career at Investors Group before working 5 years for Winnipeg-based not-for-profits, and three years with a venture capital firm before being seconded to and eventually joining True North.

To satisfy entrepreneurial tendencies, John has supported and assisted a number of notfor-profits and startups, including serving as board chair of Emotion Media Inc (operating as Fannex Live).

In the community, he is currently an active member on the True North Youth Foundation board (and its predecessor Manitoba Moose Yearling Foundation) since 2005, and recently concluded a 6-year term with Volleyball Manitoba, serving as Treasurer and most recently as President/Chairman. In addition, he has had the privilege of coaching a host of school and club teams for the past 12 years, and serving the broader community in a variety of volunteer capacities.

John and his wife Brenda are life-long Manitobans and reside just outside Winnipeg, raising their four children. 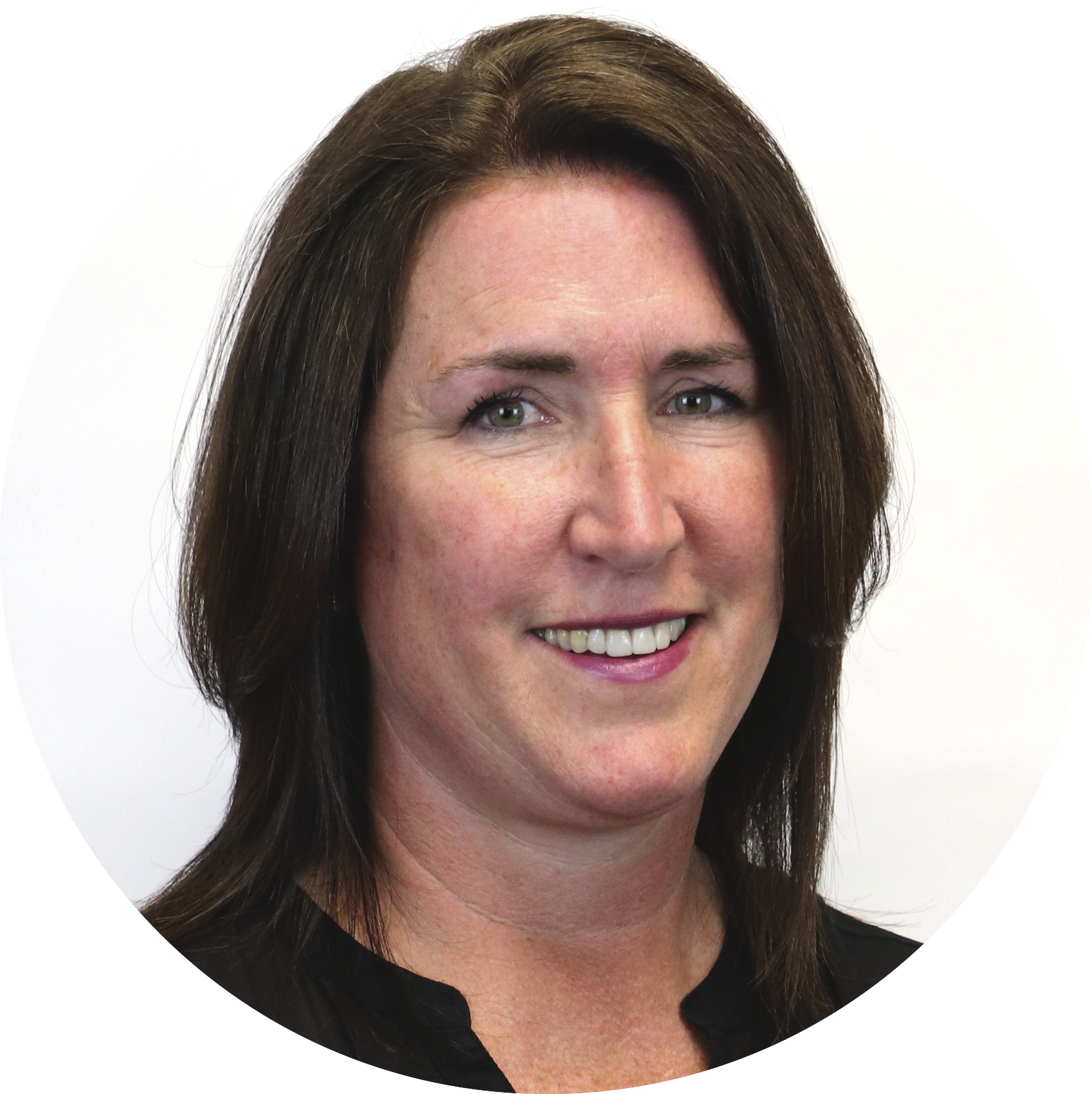 Christine Stapleton, a proven leader in athletics at both the university and national sport level, has over than 30 years of experience in university sports, serving as an administrator, coach, and competing as a student-athlete.

Stapleton earned an Honours in Human Movement degree from Laurentian University in 1991, and is a certified NCCP Level 4 Coach and Master Coach facilitator.

Prior to moving into an administrative role, Stapleton had a successful run as coach of the University of Regina's women's basketball program from 1993-2002, winning three conference coach of the year awards, U SPORTS Coach of the Year in 1996 and 3M Canadian High Performance Coach of the Year in 2001. She also guided the team to three consecutive conference championships from 1999-2001 and five straight appearances in the U SPORTS Final Eight, winning a national championship in 2001.

Stapleton also served Canada Basketball in various capacities from 1998 to 2009, including as an age group national team head coach and as National Development Coach.

Stapleton has been Western University's Director of Sport and Recreation Services since 2017, and she was also elected to the board of U SPORTS, the national governing body for University Sport in Canada in mid-2019. 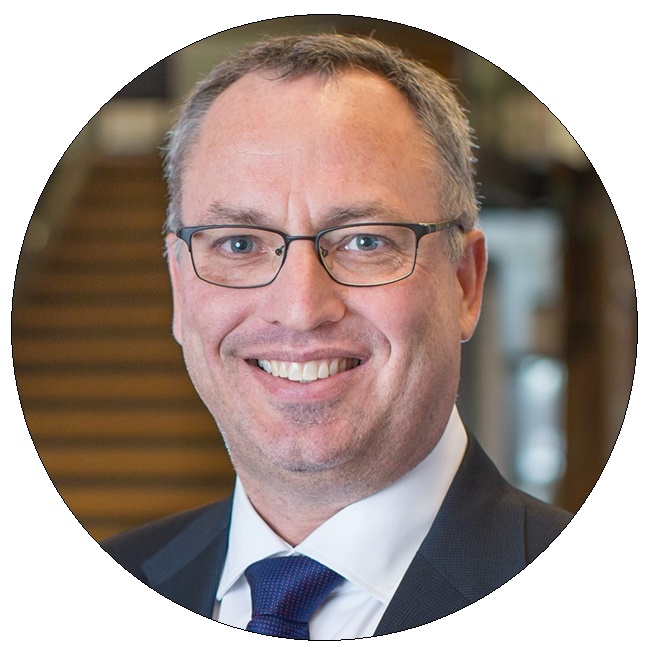 Dr. Steven Murphy joined the university as its fourth President and Vice‐Chancellor on March 1, 2018.

Dr. Murphy is renowned for his organizational and human behaviour expertise across business and industry. As Dean of the Ted Rogers School of Management at Ryerson University, Dr. Murphy transformed the school’s brand, established novel interdisciplinary programs and fostered innovative and entrepreneurial co‐op opportunities for students. Previously, he spent more than a decade in progressive academic leadership roles at Carleton University’s Sprott School of Business, as Associate Dean, Research and External. He holds an esteemed record of academic achievement awards for his work examining the role of emotions in strategic decision‐making, leadership and boards, as well as his insightful approach to student‐driven teaching.

He earned a Bachelor of Commerce (Honours) in Human Resource Management, a Master in Management Studies (with Distinction) in the Management of Technology and completed his Doctorate in Management, Organizational Behaviour, at Carleton University. 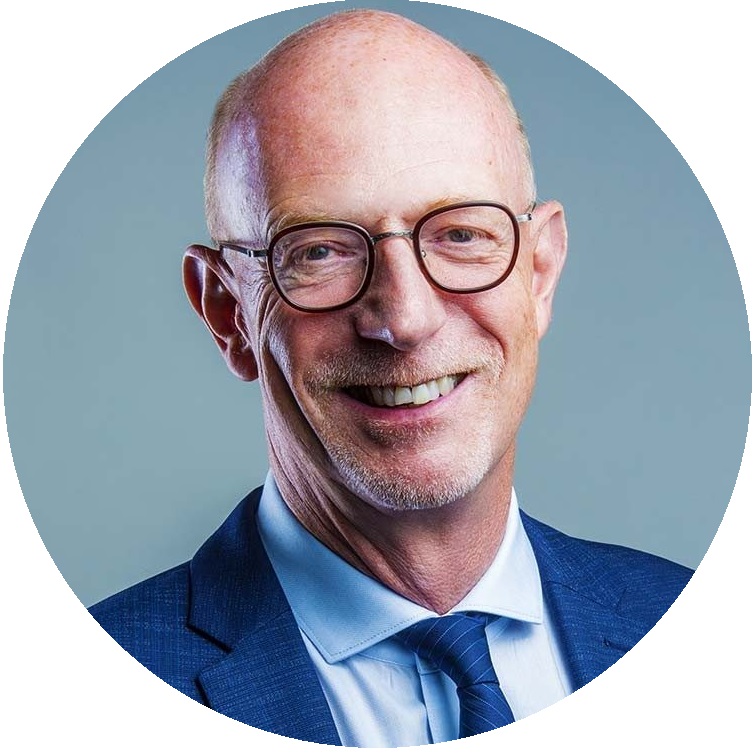 Graham Carr is President and Vice-Chancellor of Concordia University.

Born in Quebec, Graham earned his PhD from the University of Maine and is a Professor in the Department of History. His research focuses on North American cultural history, in particular cultural diplomacy and the Cold War.

He currently serves on the Board of Directors of Centraide (United Way) of Greater Montreal. He previously served on the Leadership Council for Digital Infrastructure, as President of the Canadian Federation for the Humanities and Social Sciences, as Chair of the Canada-US Fulbright selection committee, and on the National Capital Commission’s Advisory Committee for Communications, Marketing and Programming. 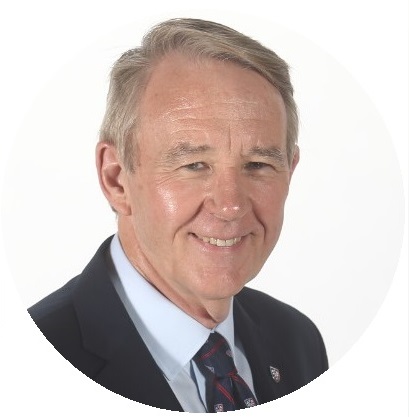 Dr. Peter J. Ricketts was appointed Acadia’s 16th President and Vice-Chancellor in April 2017, beginning his six-year term in July 2017. Born in Harrogate, Yorkshire and raised in Bournemouth on the south coast of England, Dr. Ricketts earned his BA (Honours) degree in Geography at the University of Nottingham in 1974 and his PhD from the University of Southampton in 1982. He is internationally-recognized for his expertise in coastal zones and ocean management.

Dr. Ricketts’ appointment at Acadia brings him back to Nova Scotia, where he began his full-time academic career as an Assistant Professor of Geography at Saint Mary’s University in Halifax in 1979. Previously, Dr. Ricketts served as Provost and Vice-President (Academic) at Carleton University in Ottawa from 2009 to 2017, where he was also Professor of Geography and Environmental Studies. He has extensive experience as a senior university administrator, having also served as Vice-President (Academic and Research) at Nipissing University, in North Bay, ON (2006-2009); Vice-President, Academic  and then President of Okanagan University College (2000-2005) in Kelowna, BC; Dean of Graduate Studies at Dalhousie University (1995-2000) in Halifax, NS, and the first Director of Research at Saint Mary’s University (1989-1994). Ricketts served two terms as President (1998-99 and 1999-2000) and one term as Vice-President (1997-1998) of the Canadian Association of Graduate Studies. 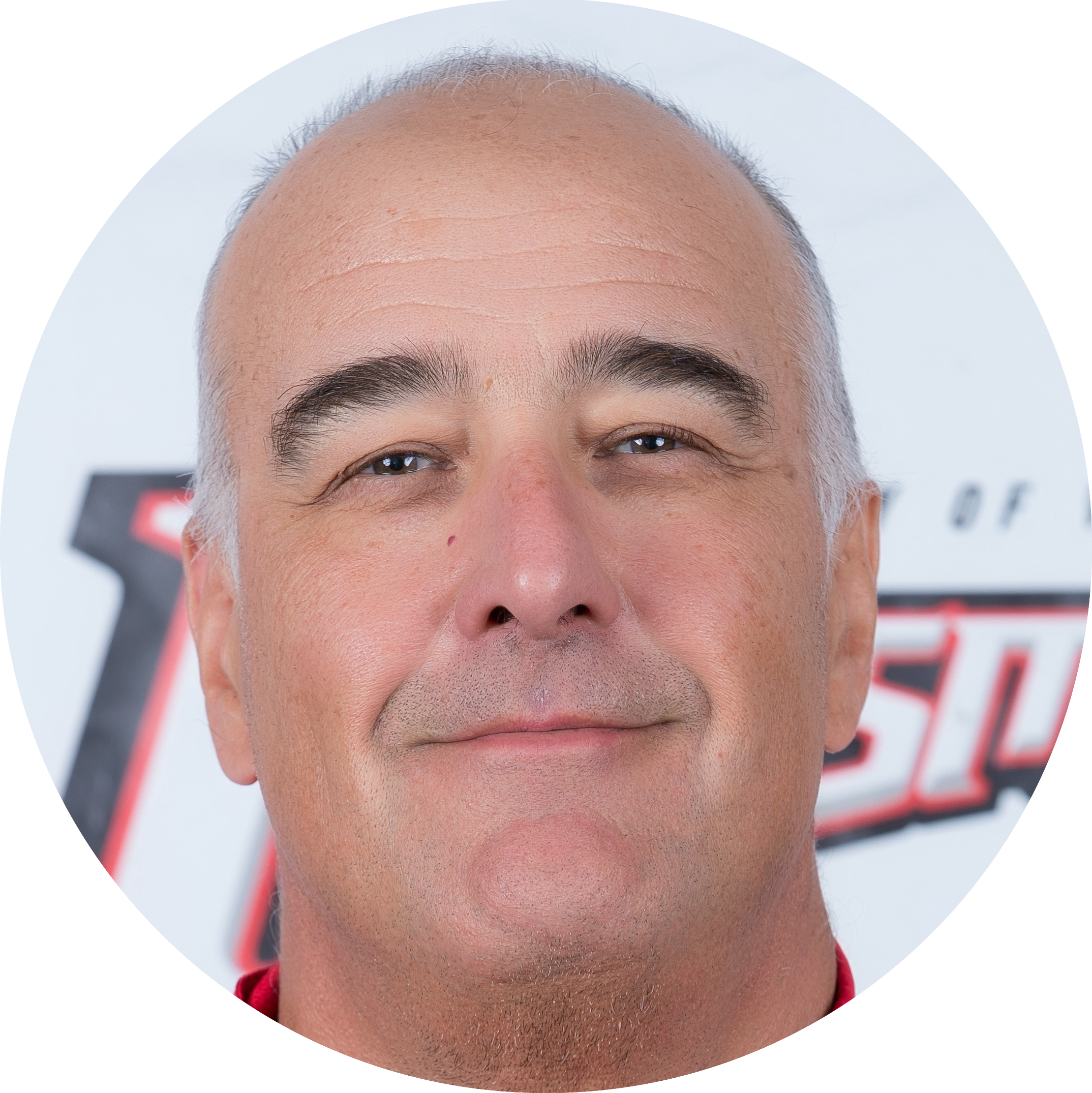 Dave began his time at the University of Winnipeg as a basketball scout with the Wesmen men in 1978 and two years later joined the staff as an assistant coach. He parlayed that experience into head-coaching roles at Mount Allison in 1984, Lethbridge in 1989 and back to his roots with the Wesmen in 2001.

In that span he also had coaching roles with the Canada Basketball national program from 1996 to 2005, which included two World University Games as a coach.

In 2015, he was named athletic director of Wesmen Athletics and in 2022 named president of Canada West. 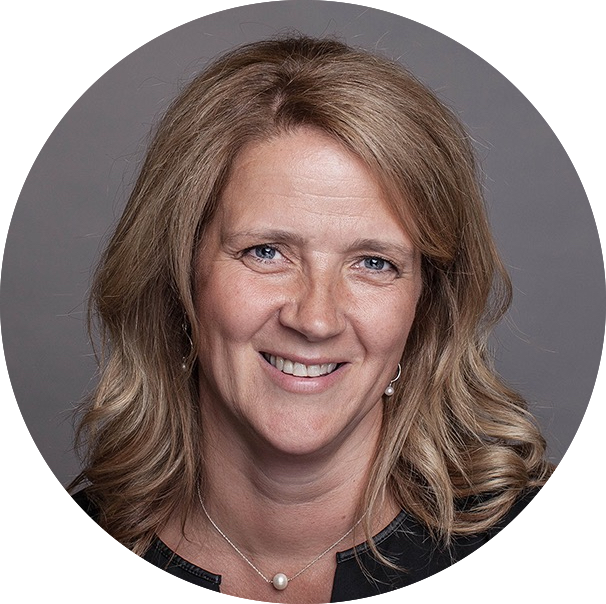 Dr. Murphy graduated with a bachelor of arts from Memorial in 1995 before going on to the University of North Carolina at Greensboro to complete a master of science (kinesiology) in 2003. She also has a doctoral degree in kinesiology with a specialization in sport psychology, including advanced courses in exercise physiology, nutrition, strength and energy system training, and sport program development, also from the University of North Carolina at Greensboro.

Dr. Murphy’s qualifications also include graduation from the National Coaching Institute, level 5 National Coaching Certification, head coach for Canada Games and provincial team programs, serving as a sport psychology consultant for the Newfoundland and Labrador Volleyball Association and she is a member of the Newfoundland and Labrador Volleyball elite development committee.

Dr. Murphy has received several coaching recognition awards, including the Reg Soper Memorial Award from the Newfoundland and Labrador Volleyball Association for dedication and outstanding work in the sport, Memorial University’s Dr. J.D. Eaton Coach of the Year Award for the women’s volleyball coaching staff in 2012-2013 and the 3M Atlantic University Athletic Association Female Coach of the Year recognizing excellence in coaching. 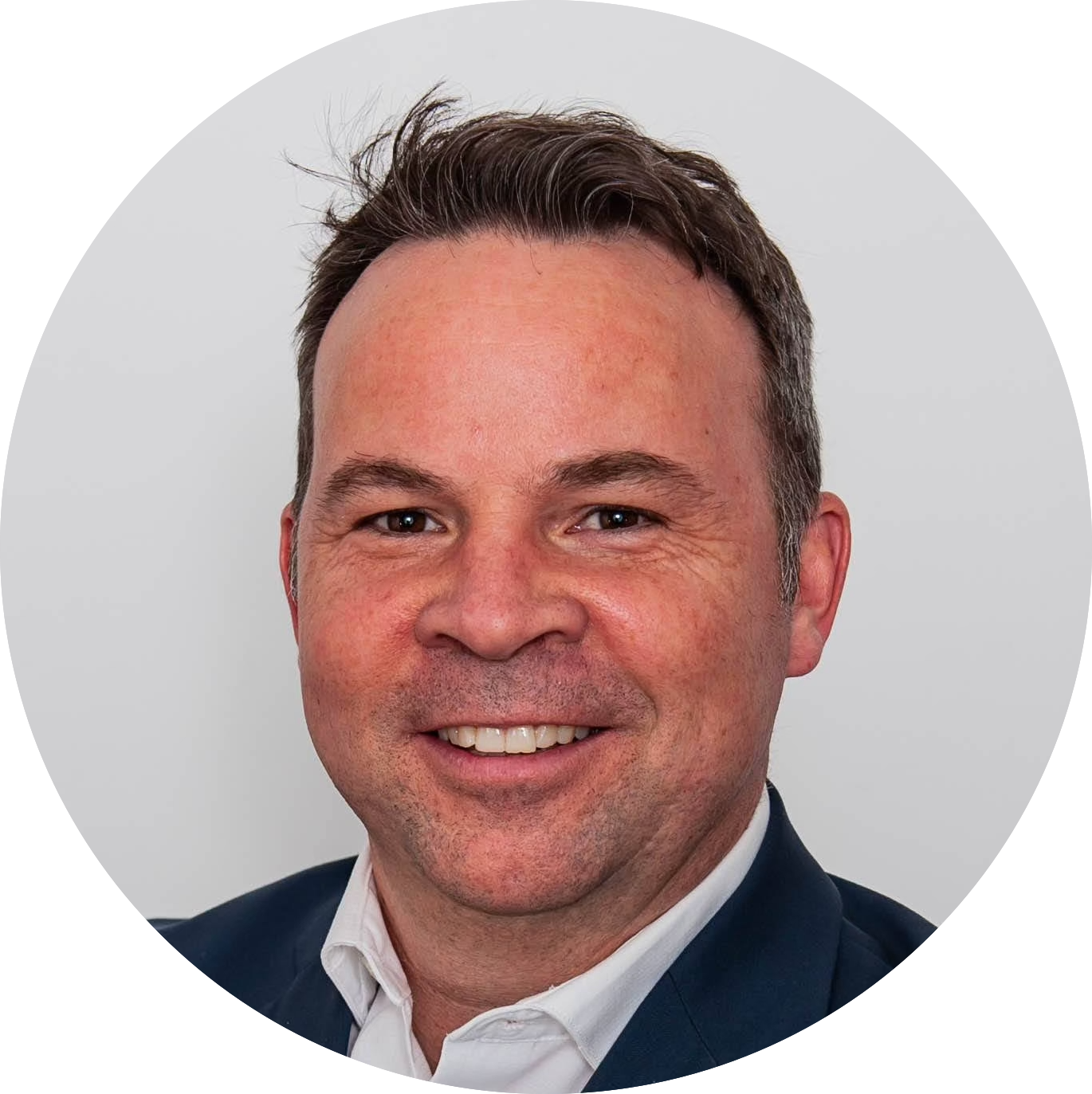