The Times Colonist is the oldest daily newspaper in Western Canada, created by the 1980 merger of the British Colonist and the Victoria Daily Times. Since 1981, home-grown sports reporter Cleve Dheensaw has been contributing to the sports section, gradually become the byline to look out for when it comes to coverage of local high school, amateur, university and international athletes and their stories.

On June 7, Dheensaw was awarded the prestigious Fred Sgambati Media Award by U SPORTS in recognition of his long-time passion and creativity in telling the stories of student-athletes. In true reporter fashion, Dheensaw’s acceptance speech was a story in itself. 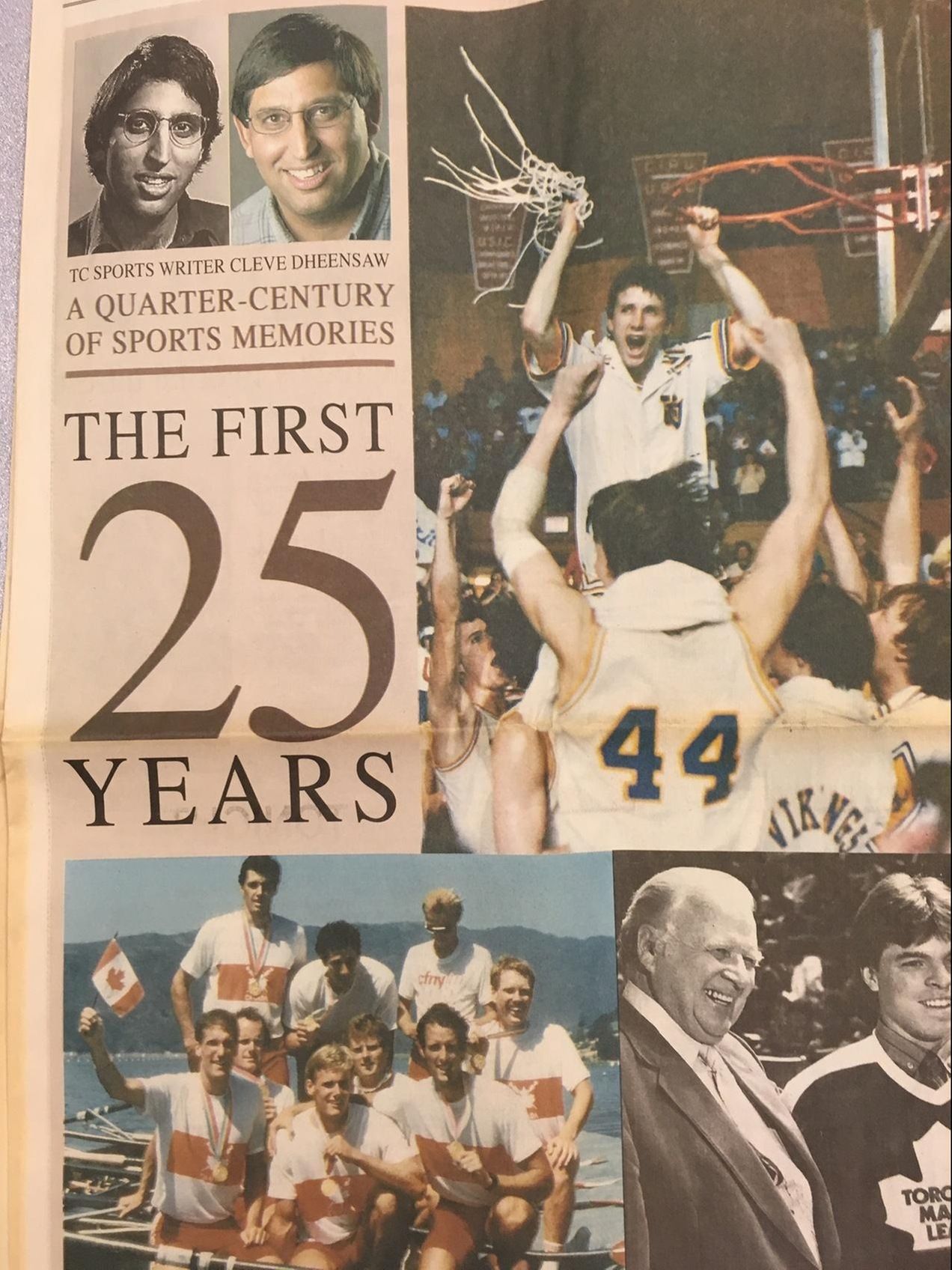 “It was just the start of a remarkable era at the University of Victoria and Canada West in general and I got to chronicle it all,” Dheensaw said reflecting back on his start at the Times Colonist. “A young point guard from Sudbury named Eli Pasquale looked west to play basketball at UVic at just about the time I started covering the team. A home-Island forward named Gerald Kazanowski arrived at about the same time. There was a coach named Ken Shields, who perhaps as a harbinger, counted as his idol John Wooden. The rest is history.

“The UCLA of the North, including in women’s hoops with Kathy Shields. It was an amazing time to be covering UVic sports beyond just the McKinnon Gym basketball court.”

Dheensaw went on to recognise the powerhouse UVic rowing team at Elk Lake under Al Morrow, several of whom he had the chance to cover right up to their international careers.

“It just blew my mind as a young sports writer that athletes I routinely covered day to day at UVic, like rowers Dean Crawford, Grant Main, and Kevin Neufeld, were suddenly winning gold medals at the (1984) L.A. Olympics,” added Dheensaw.

His list continued to include memories of covering Charles Barkley beating Karl Malone for gold at the Summer Universiade; Pasquale and Kazanowski and their great Canada West and Calgary Dinos rival King Karl Tilleman facing Michael Jordan and Patrick Ewing in the Olympic semifinals; UVic field hockey players like Nancy Charlton, Lynne Beecroft and Milena Gaiga at the Olympics from L.A. to Barcelona; and UVic rugby legends Gareth Rees and Marky Wyatt going on to captain Canada in World Cups.

“An enthralled young hometown kid named Steve Nash grew up watching UVic basketball games in McKinnon Gym and idolizing that Vikes point guard named Eli,” Dheensaw went on. “That impressionable kid in the McKinnon stands became a two-time NBA MVP. The Vikes dynasty was the reason Lloyd Scrubb came to UVic to play hoops. When it came time for his two sons to play, they chose Carleton and helped lead the Ravens dynasty that would go on to eclipse all of UVic’s men’s basketball championship records. Dynasties crumble. Others rise. Time moves on.”

Dheensaw, also a University of Victoria grad has travelled to cover a combined nine Olympic, Commonwealth and Pan Am Games since joining the paper in 1981. Dheensaw has also been a familiar face in Vancouver Island's high school, college and university sports scenes, including at Victoria's most recent national championship events – the 2016 U SPORTS Women's Rugby and 2017 ArcelorMittal Dofasco U SPORTS Women's Basketball championships. 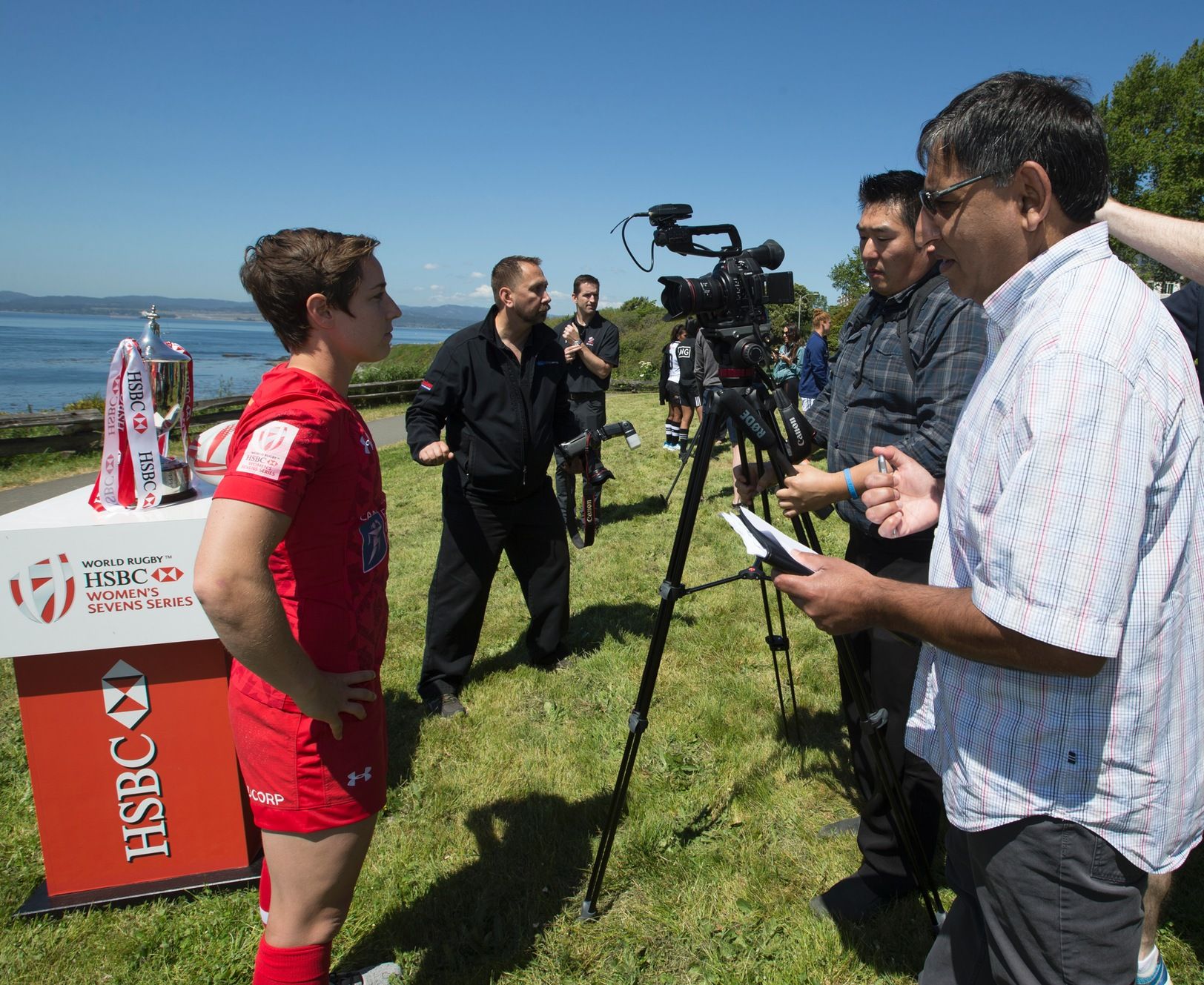 “It is now U SPORTS and under the leadership of a man I got to know a bit during rugby coverage on the Island,” said Dheensaw, highlighting the October 2016 rebrand of the organization and its chief executive officer Graham Brown. “Who was this brash guy dreaming about selling out the lower bowl of B.C. Place for rugby sevens; or of building an entire training complex for Canada’s national rugby teams in suburban Victoria? Yeah, right, keep on dreaming, but all of that came to fruition.”

“It has no doubt been an interesting experience for Canadian media to cover university sport in the Graham Brown era and I look forward to continue doing that in covering U SPORTS in the years ahead.”

The closing of Dheensaw’s acceptance speech highlighted his gratitude for the athletes who competed in the CIAU, CIS and now U SPORTS for giving him the opportunity to tell their stories. His work is without a doubt a lasting part of many Vancouver Island and university athletes’ careers.

DAY 5: Laurentian women and Memorial men walk away with gold