The recipients of the 26th annual BLG Awards were announced Monday night at the Chan Centre for the Performing Arts in Vancouver.

All eight nominees – one male and one female – from each of the four U SPORTS conferences received a commemorative gold ring from Jostens, the official supplier of U SPORTS. Gray and Bélanger were also presented with a trophy.

The winners were once again selected by the Canadian Athletic Foundation, a not-for-profit Board chaired by BLG National Co-Chair Doug Mitchell, established for the purpose of administering the BLG Awards and protecting the integrity of the selection process.

"On behalf of BLG and the Canadian Athletic Foundation trustees, I would like to congratulate Kadre Gray and Marie-Alex Bélanger, the winners of the 26th BLG Awards,” said Mitchell. “The 2018 BLG nominee class was particularly strong, made up of quality student-athletes from across the country. Not only does this year’s class highlight that sport in Canada is in good hands, but that the strongest education one can achieve comes from participating in university athletics as these student-athletes learn additional skills and life lessons. I would like to congratulate all the nominees for their great accomplishments.”

“The BLG Awards represent the highest honour for our student-athletes in Canada. This year’s nominees are not only outstanding athletes, but they are also glowing ambassadors for the entire U SPORTS membership,” said Graham Brown, President and CEO of U SPORTS. “On behalf of U SPORTS, I would like to extend our sincerest congratulations to both Kadre Gray and Marie-Alex Bélanger. I would also like to extend our sincere appreciation to our partners at BLG for their support over the last 26 years and continued commitment to university sport in Canada.”

In just two short seasons, Kadre Gray has become one of the most dangerous players in U SPORTS basketball with the Laurentian Voyageurs.

After leading the country in points per game and earning the OUA and U SPORTS Rookie of the Year last season, Gray followed that up by earning the OUA MVP and the Mike Moser Memorial Trophy, given to the U SPORTS Men’s Basketball Player of the Year. 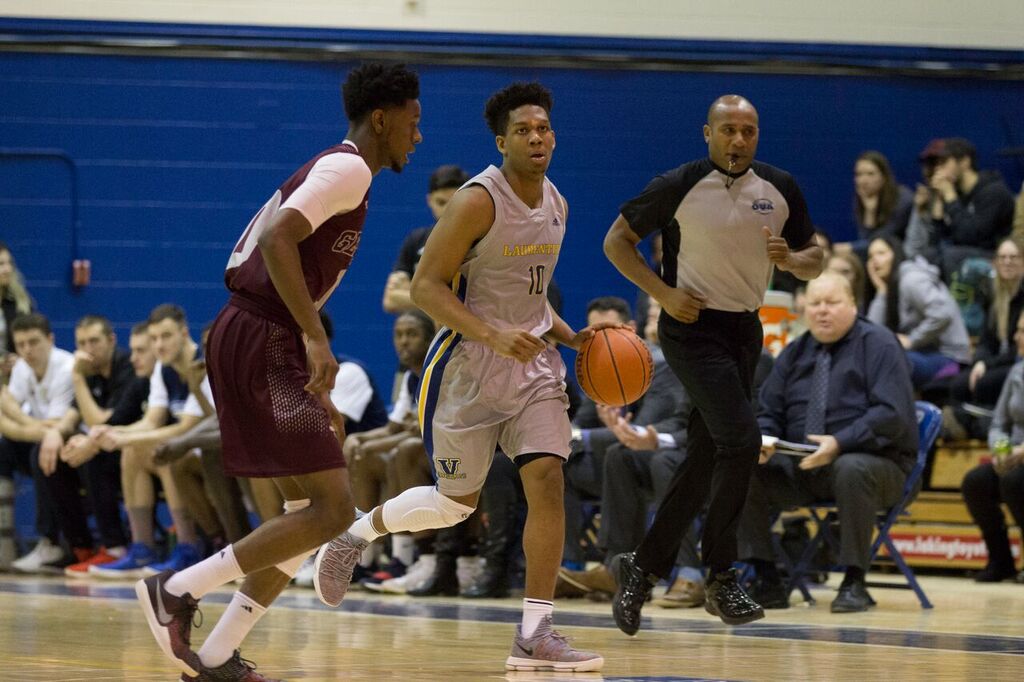 Off the court, Gray is constantly giving back to community youth.  Whether it is working with children one on one, teaching them the foundation of basketball as well as some life skills, running children’s camps in the summer time or visiting schools around Sudbury with his teammates, talking about the importance of education as well as providing literacy programming, Gray is always looking to give back to the next generation. 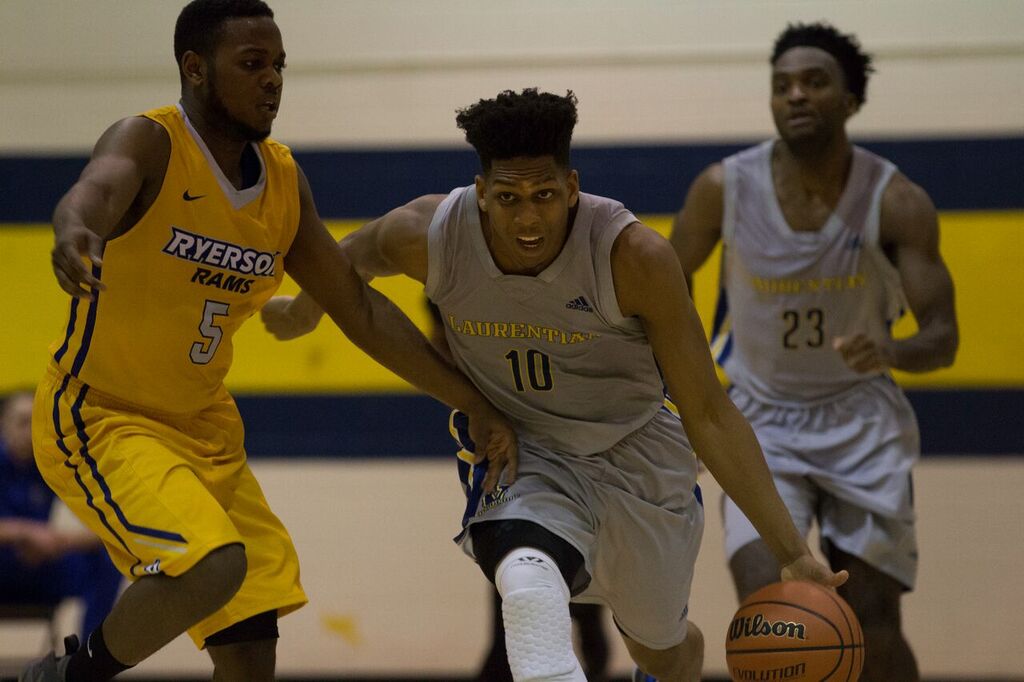 Prior to joining the Voyageurs, Gray attended Toronto’s famed Eastern Commerce until it shuttered its doors in June of 2015.  He wrapped up his high school days at Oakwood Collegiate Institute, earning an Ontario provincial silver medal.

“I have learned a number of life lessons through athletics as a whole,” said Gray. “I competed at high levels in basketball and track and field and it gave me a greater perspective on how valuable teamwork, leadership and dedication were. Through my experiences I've grown as person, always knowing that there are people in my neighbourhood that are looking up to me and that I have inspired to do great things. My aspirations for the future are to graduate with my bachelor degree, hopefully represent my country in basketball and make a change in kids’ lives for the better. The BLG Award would give me an opportunity to pursue further and greater education beyond my undergrad when nobody thought I could.”

“Kadre shows a desire and willingness to do whatever it takes to improve on and off the court,” said Laurentian head coach Shawn Swords. “He makes everyone around him better again both on and off the court.  His maturity goes well beyond his years. His desire for team success and winning a championship has motivated him to improve in all aspects. I believe his greatest attributes are humbleness and inclusiveness.”

After dominating for five seasons as a Carabin, Marie-Alex Bélanger finished her university career as U SPORTS Player of the Year.

This year, the public relations major led the nation with 3.98 kills per set, the fourth time she has recorded the top average in five seasons in U SPORTS women’s volleyball. 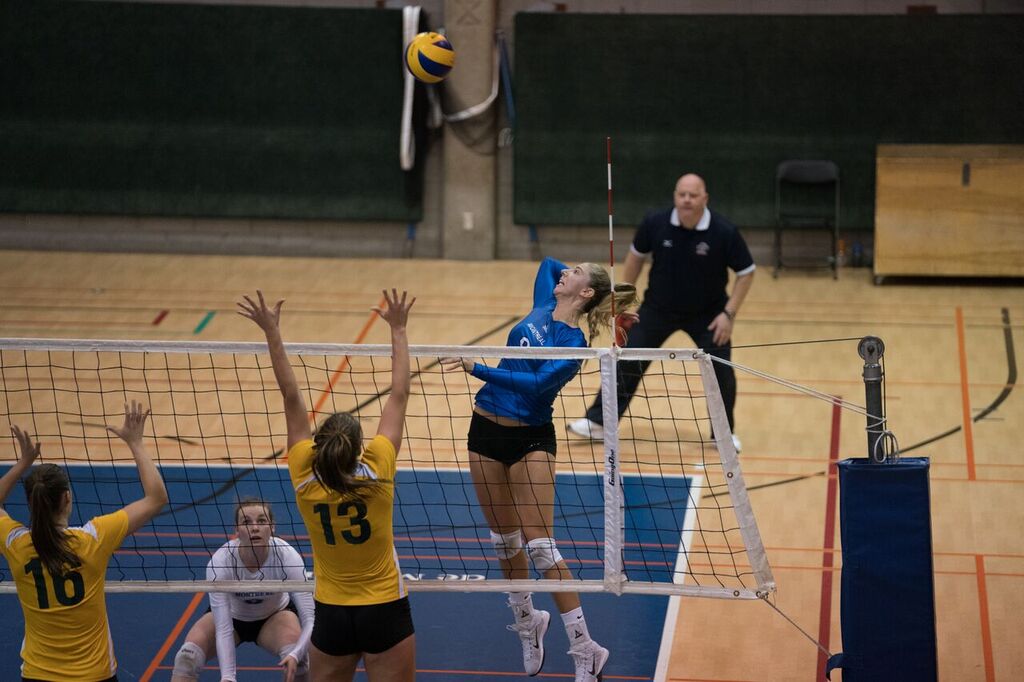 On top of being a three-time RSEQ MVP, Bélanger landed a spot as a conference First Team All-Star and U SPORTS First Team All-Canadian in each of the last two years. She also competed in the 2015 Summer Universiade in South Korea.

Bélanger will now pursue her sports career full-time using her national training to compete at the 2018 World Cup in Japan. The 6-foot-1 hitter has been part of the senior national team since 2016, and her ultimate goal is to compete in the Olympic Games. 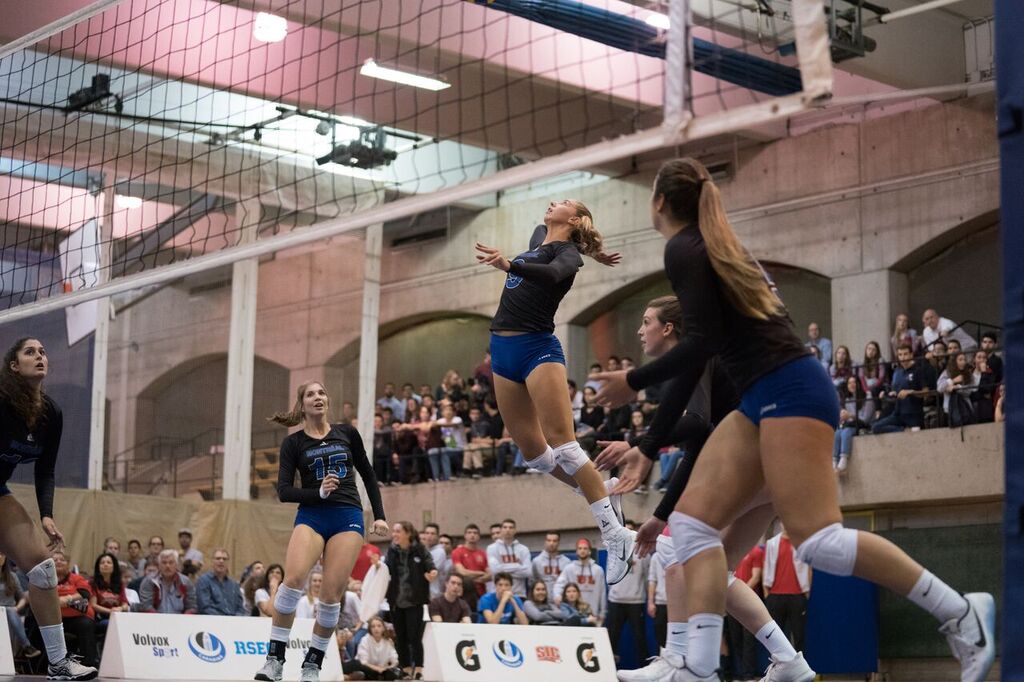 “I’m lucky to be part of a sports team that enabled me to bond with people who will always be there for me,” said Bélanger. “Sports allowed me to forge a new family, and I am very grateful for that. The BLG Awards are an incredibly positive way to recognize the efforts we’ve made. It’s encouraging to know that we are supported. My priority is always my team’s success, but it’s nice to know that our work is recognized.”

“Marie-Alex is an international athlete. Now that her university career has finished, she will have enormous success,” said Carabins head coach Olivier Trudel. “She was the most dominant athlete in the country and is probably the one who gives the most credit to her teammates! She is always very humble and extremely hardworking. In my 13 years as a Université de Montréal coach, she is the best athlete I’ve seen!”