Legendary Saskatchewan football coach Brian Towriss, veteran Guelph reporter Rob Massey, and Queen’s Manager of Interuniversity Sport Janean Sergeant were honoured Monday night at the U SPORTS Honours Awards Gala for their contributions to university sports in Canada as part of the 2019 U SPORTS Conference and Annual Meeting.

All winners received a commemorative durilium ring from Baron, the Exclusive Provider of championship rings and recognition jewelry for U SPORTS.

Click here for past U SPORTS Honours Award Winners. 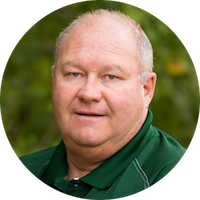 Brian Towriss took home the Jean-Marie De Koninck Coaching Excellence Award, which honours since 2007 an individual who has made an outstanding contribution to university sport as demonstrated by long-term commitment and leadership as a coach at the local, provincial, national and/or international levels. The award is named for the former swimming coach and long-time math professor at Université Laval, who also served as a swimming commentator for Radio Canada at several Olympic Games.

Following four seasons as an assistant coach to Val Schneider beginning in 1980, Towriss served as Huskies head coach for 33 years from 1984-2016. He guided the team to three Vanier Cup national championships, 11 Canada West Hardy Cup titles and set the U SPORTS record for most victories (196) and most games coached (315).

A nine-time Canada West coach of the year and the winner of the 1994 Frank Tindall Trophy as U SPORTS Coach of Year, Towriss was inducted into the Canadian Football Hall of Fame in 2017 and was awarded the Saskatchewan Order of Merit in 2007. A product of Moose Jaw, Sask., Towriss played four years for the Huskies while earning a commerce degree before moving into the coaching ranks. Towriss coached 71 All-Canadians, 154 conference all-stars, 160 players who were Huskie or national Academic All-Canadians and 47 players who went on to play professionally in the Canadian Football League, including current Huskies head coach Scott Flory.

“Brian Towriss’ 37-year coaching career can only be describe as legendary. He was a professional both on and off the field and an outstanding ambassador for both the University of Saskatchewan as well as U SPORTS football,” said Saskatchewan Associate Athletics Officer Adrienne Healey. “His commitment to making young men into tomorrow’s leaders is exemplified in his ability to advance 47 players into the CFL and have 160 student athletes named to the All-Academic team. Always a respected voice at the coaches table across the country, Towriss’ contributions to Canadian university sport are immeasurable.”

Rob Massey received the Fred Sgambati Media Award, presented to a member of the media in recognition of major contributions to the development and growth of Canadian university sport. Sgambati was a well-respected reporter/broadcaster who was a great supporter of university athletics in Canada. A former University of Toronto athlete and university football official, Sgambati was the radio voice of the Canadian College Bowl (now the Vanier Cup) for its first 13 years.

Massey has been a consistent contributor to the development and growth of university sport across the country, spending over 30 years as a sports reporter. Despite the Guelph Mercury, for which Massey served as both a writer and then sports editor, closing down in 2016, Massey’s passion for sport and the community, especially in the university realm with the Guelph Gryphons, kept his voice heard in the form of his own blog – the Guelph Sports Journal.

Most recently, Massey covered the Gryphons women’s hockey team during their road to the 2019 national championship, but his contributions have been a mainstay in a variety of pieces over the past few decades. Covering everything from football, basketball, and hockey to swimming, cross country, and track and field, Massey has offered up previews, recaps, student-athlete features, and much more to spotlight not only the Gryphons, but university sport in general.

"It is so critical for the overall growth of our varsity programs that we receive strong, consistent support from our local media, and Rob has certainly spearheaded that,” said Guelph Director of Athletics Scott McRoberts. “He always conducts himself with great class during his interactions with our student-athletes and coaches, and we can't thank him enough for his coverage of Gryphon Athletics over the years." 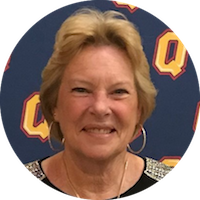 Janean Sergeant merited the Austin-Matthews Award, presented annually to an individual who has made an outstanding contribution to interuniversity sport, as demonstrated by long-term commitment and leadership as a coach, director, chairperson and/or executive committee member at the local, provincial and/or national levels.

The award is named in honour of Dr. Patricia Austin and Dr. Arnold Whitney Matthews, former faculty members at the University of Alberta of University of British Columbia, respectively. Dr. Austin developed the first undergraduate concentration in adapted physical activity in Canada while Dr. Matthews later became president of the Men’s Athletic Committee at UBC.

Sergeant, the Gaels’ Manager of High Performance and Sport Operations, has worked for Queen's for 38 years, but her contributions don't stop with the Kingston school.

She has served as OWIAA President, on the CIAU Board of Directors, and with many additional committees. If that's not enough, Sergeant also chaired the U SPORTS Eligibility Committee and served on the OUA Sport Tech Committee as the High Performance Lead. Capping off her many roles, she also served as the Sport Technical Manager at the 2011 FISU Summer Universiade in Shenzen, China, truly showcasing that her passion for university sport went well beyond the Kingston community.

“During her 38 years of dedicated service at Queen’s, Janean has played a key leadership role in the development and implementation of significant changes not only within the Queen’s Athletic & Recreation department but at the provincial and national sport levels as well,” said Queen’s Executive Director of Athletics and Recreation Leslie Dal Cin. “ Janean has shown relentless devotion to improving the student-athlete experience and her influence and leadership has transcended her respective positions’ at Queen’s.  Her dedication to Queen’s University and Athletics & Recreation is unmatched and she has been a thoughtful and passionate advocate for student-athletes and interuniversity sport.”