After being ranked No.1 throughout the entire U SPORTS season, the Queen’s Gaels came through on the final race of the year scoring a team total of 53 points to claim the national title.

On an action-packed Saturday afternoon, the host Gaels won their first U SPORTS Cross Country Championship at Fort Henry Hill in Kingston, Ont. The wind was strong and the snow lightly fell on the grass at the Fort but the competition stayed strong throughout the afternoon.

Hometown hero Branna MacDougall (28:01.0) was the top placing Gael, who reached the podium in third behind overall winner Lucia Stafford (27:30.3) from Toronto and silver medalist Anne-Marie Comeau (27:44.2) from Laval.

“It feels amazing,” said MacDougall after claiming the national team title. “It’s a moment I’m never going to forget. It’s just so fulfilling and I’m really happy we could do this for (head coach) Steve (Boyd). He’s been through everything with us and I’m just really glad we could bring it home finally. I grew up here and I grew up with Steve as my coach, so it was really pretty emotional to see him so happy and know that we did this together.”

“They just nailed it,” said Boyd on his team’s effort. “There is not much more to say, they nailed it on the home course. We thought the course conditions would help us and they did. I couldn’t be happier, it’s such a relief.”

As the individual champion, Stafford took home Athlete of the Year honour, completing the conference and national double-gold winning both the OUA and U SPORTS titles. 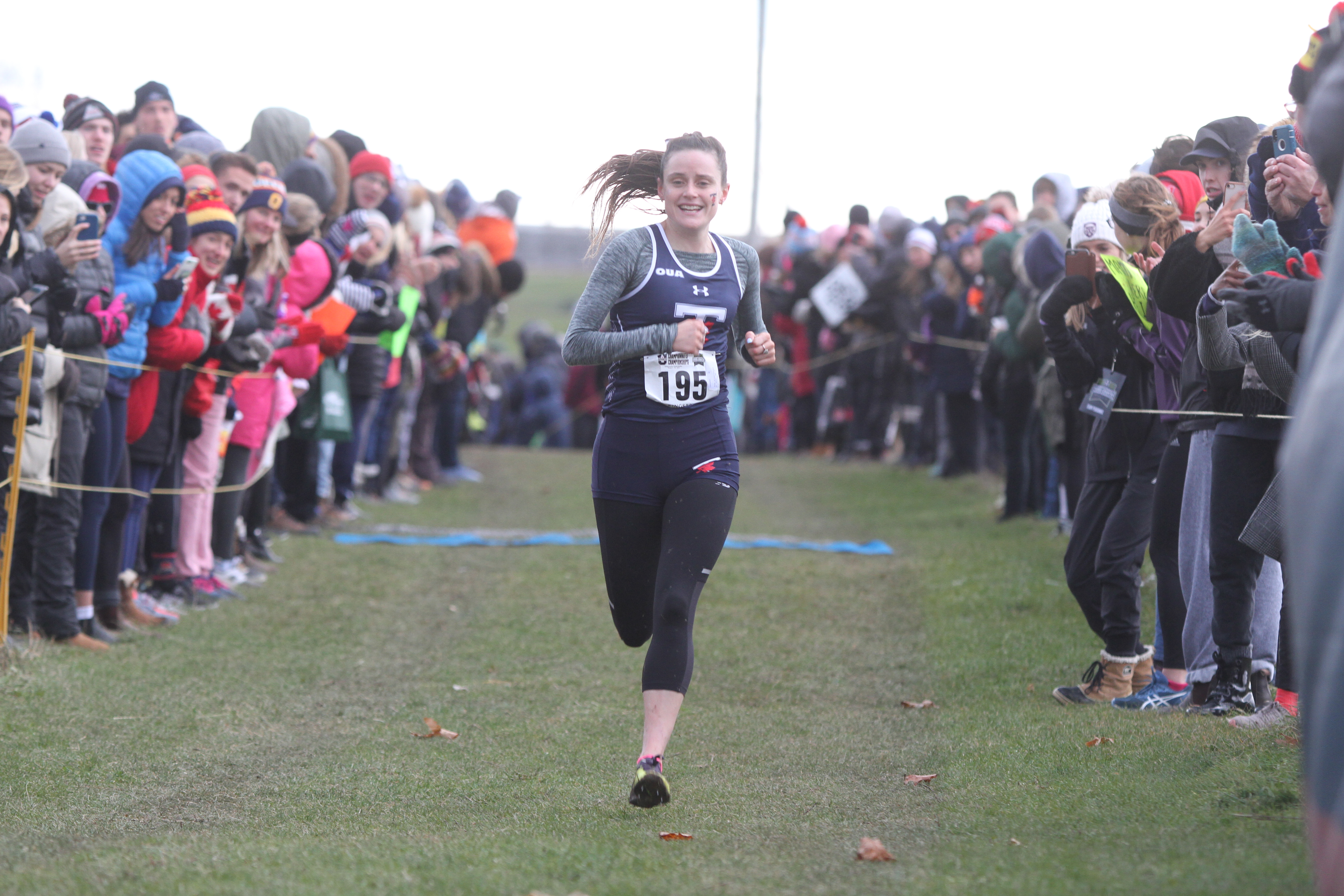 “I came into this cross country season just wanting to get really fit for track and knew I was going to run at U SPORTS but I didn’t know what to expect.  I’m just so proud of myself,” said Stafford. “I didn’t feel as comfortable as I did at the OUA championships…I was surprised with how good I felt (there) but here was definitely more of a grind. It came in waves.” 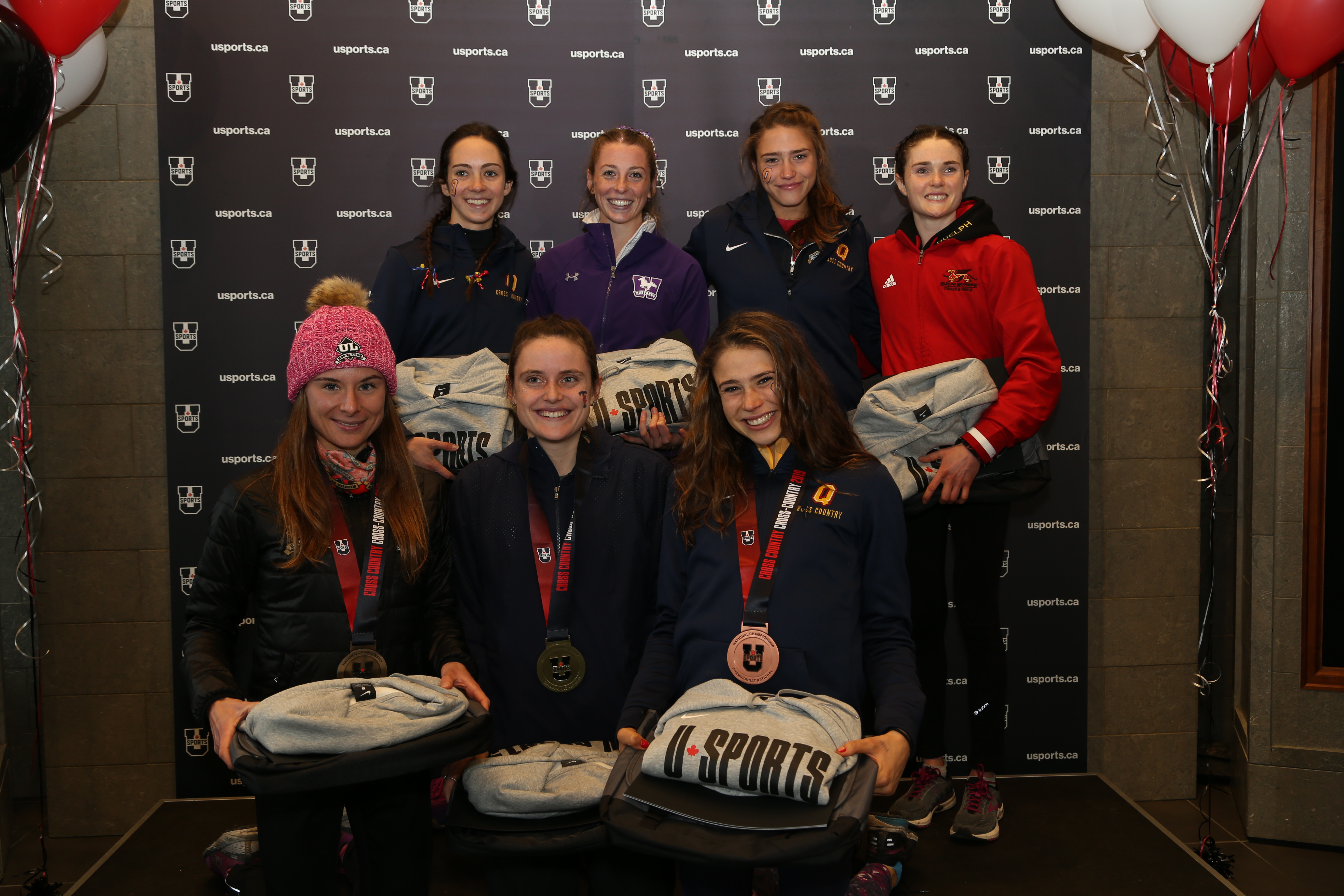 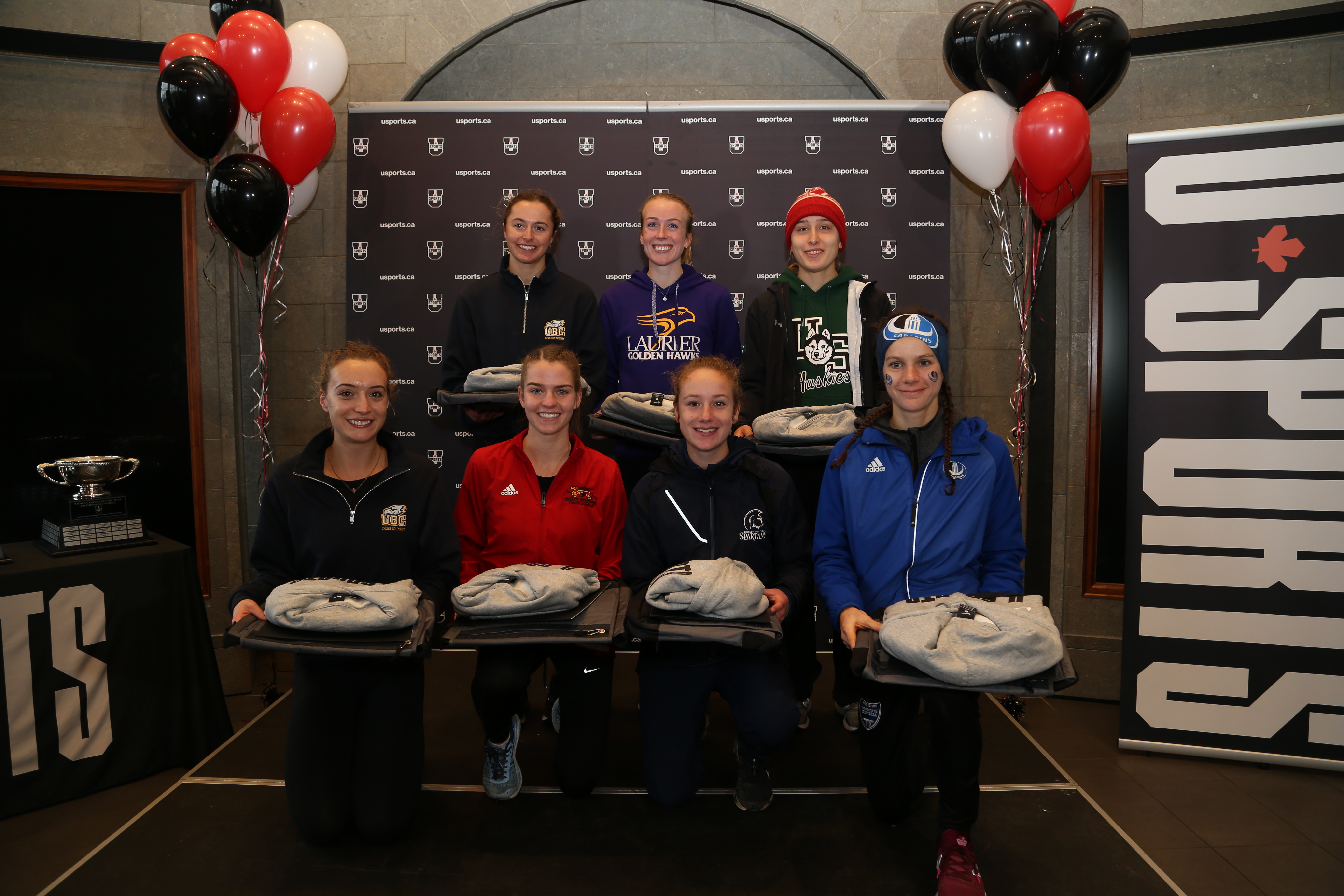