All four playoff spots on the women’s side were decided, while a handful of teams are still within reach for the men at the conclusion of Day 3 of the 2018 U SPORTS / Curling Canada Curling Championships.

The Brock Badgers held on to their grip atop the women’s standings with a 5-1 record following Draw 6, while Mount Allison, Alberta, and Thompson Rivers also secured spots in the national semifinal by improving to 4-2.

Brock, Alberta and Mount Allison went a combined 6-0 on Monday to advance to Tuesday’s national semifinals. The Badgers had little trouble in either of their draws, while both Mount Allison and Alberta needed extra end wins to punch their ticket to the semifinals. The Pandas capped off a wild third day with a thrilling 10-9 extra-end win over Laurier, who were eliminated by Alberta.

“It was good we had a lead, as we let them come back a little at the end. But we felt we were always in control of the game,” said Pandas skip Kristen Streifel, whose Pandas led Laurier 8-4 after six. “Now that we are in the semifinal, I think we can relax a bit and get a better feel of the ice and the rocks. Hopefully we can also get some momentum in the final draw against Brock and carry it into the semifinal.”

On the men’s side, the Waterloo Warriors earned a fifth consecutive win to move into first place with a 5-1 record. The Alberta Golden Bears and UNB Varsity Reds both improved to 4-2 on Monday, also clinching spots in the postseason. With 3-3 records, Winnipeg and Dalhousie sit fourth and fifth in the standings, with Winnipeg holding the tie-breaker thanks to a 5-4 win in Draw 3. The Ryerson Rams sit one game behind the Wesmen and Tigers with a 2-4 record. 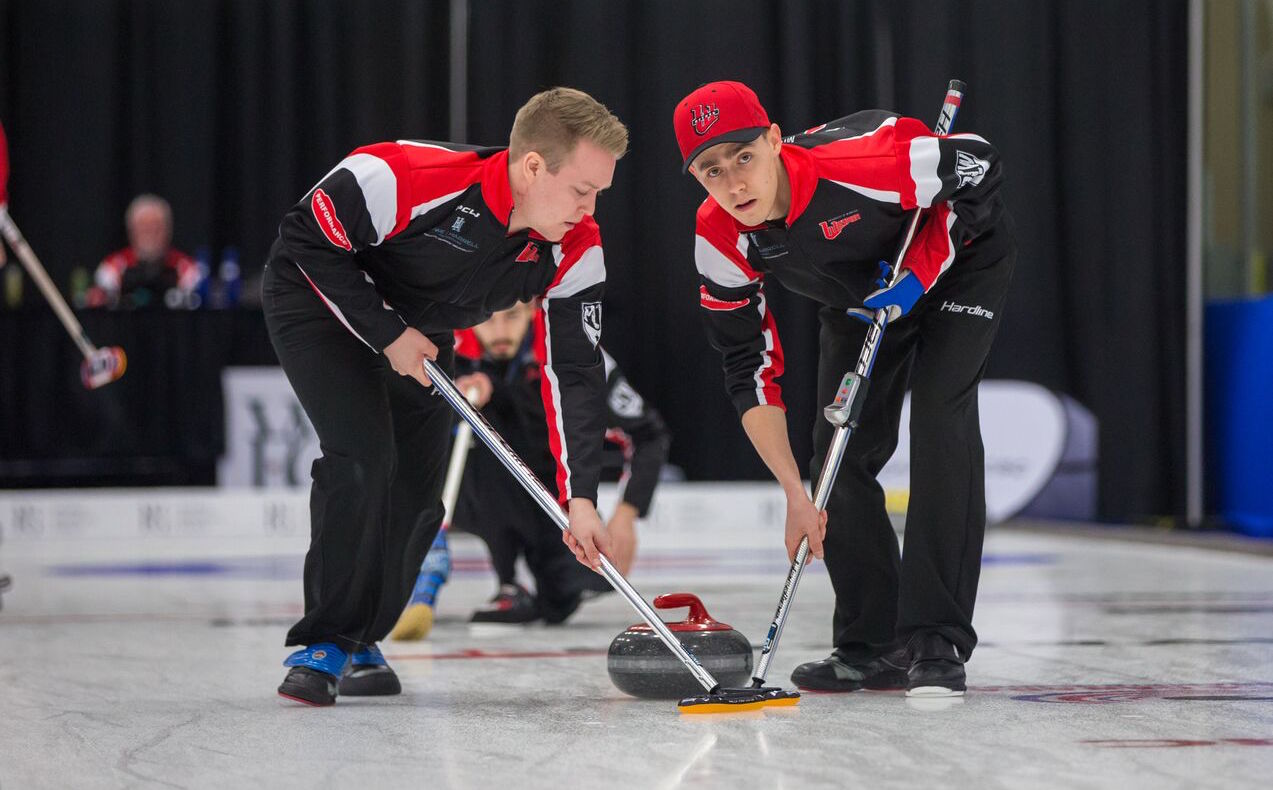 The Wesmen will also seemingly have the advantage in Draw 7 Tuesday, as they finish their round robin schedule against the 1-5 Regina Cougars. The Tigers, meanwhile, finish against Waterloo. Needing a win and some help above them in the standings, Ryerson will battle UNB.

The winners advance to the gold medal match Wednesday, with a spot at the 2019 Winter Universiade in Krasnoyarsk, Russia on the line.