Eight days after losing the Canada West championship game on the same floor to the same team, the Saskatchewan Huskies used a cold-blooded three-point barrage to defeat the No. 2-seeded Regina Cougars 74-71 in the second U SPORTS Final 8 semifinal on Saturday night at the Centre for Kinesiology, Health & Sport.

Saskatchewan, which was seeded No. 6 coming into the weekend, will now face Carleton for the right to hoist the Bronze Baby as the U SPORTS champions.

Five different Huskies hit three-pointers in the win, including Sabine Dukate with five. Megan Lindquist hit four triples, while Libby Epoch drilled three. Megan Ahlstrom and Kelsey Lalor both hit their only attempts of the night from beyond the arc, helping Saskatchewan shoot 14-for-28 as a team in the victory. 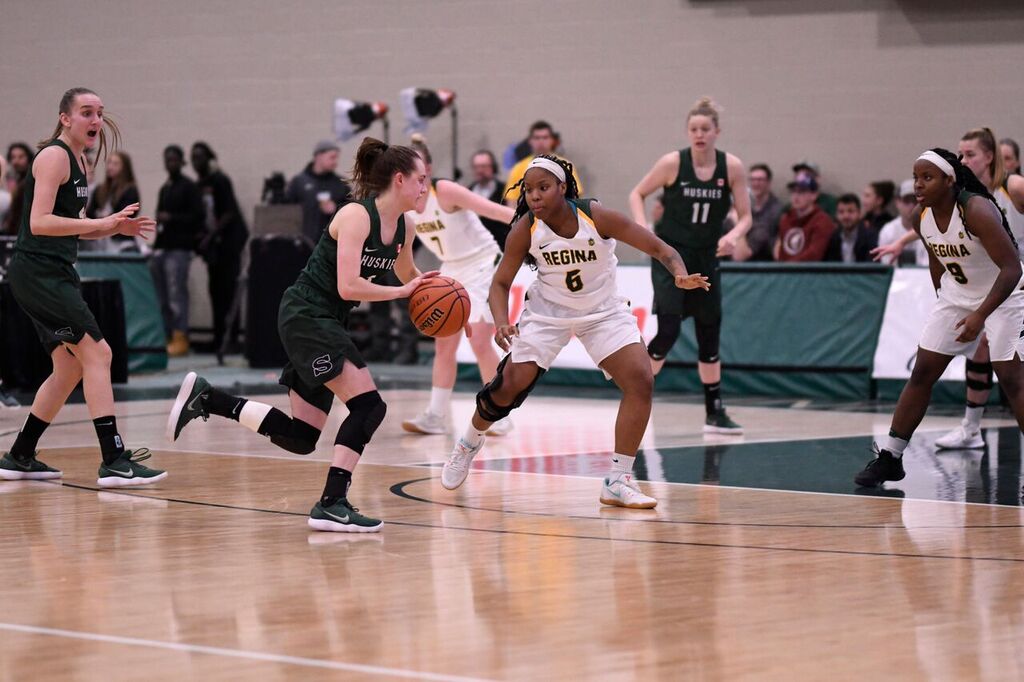 “We led the country in three-point shooting, but we’ve really been struggling in recent weeks and it was great timing for it to come back,” Saskatchewan head coach Lisa Thomaidis said. “I thought we were going to give it away with our turnovers, but we managed to sneak it out.”

Saskatchewan turned over the ball 26 times compared to just 10 for Regina as the Cougars had a 25-8 advantage in points scored off turnovers, but the hot shooting by the Huskies allowed them to overcome that disparity.

Fittingly, it was a pair of three-pointers at the end that sunk the Cougars. The game was tied at 68 with two minutes to go, but Lindquist and Epoch hit back-to-back triples to go up by six. Regina’s Sara Hubenig answered with a three-pointer of her own with 30 seconds to go, but that was the last bucket of the game. The Cougars got a stop and had a chance to go for the tie, but couldn’t get a good look at three and had to settle for a contested layup that was no good. Lalor came down with the rebound for Saskatchewan, sealing the win for the visitors. 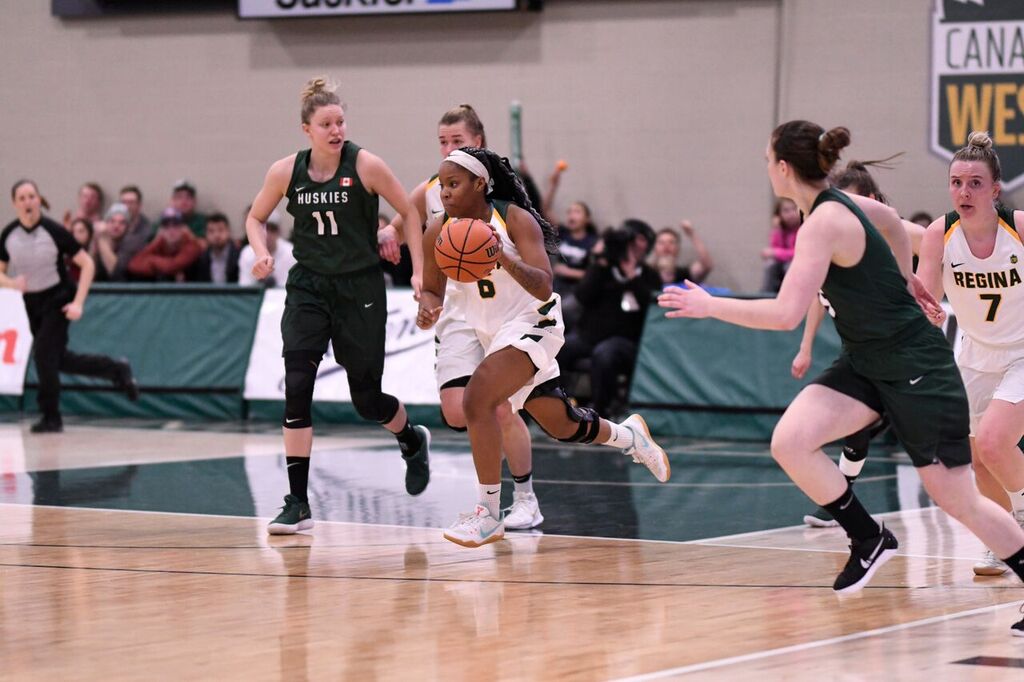 Dukate scored a team-high 20 points for Saskatchewan, most of which came off her five first-half three-pointers. Lindquist was 4-for-7 from downtown and finished with 15 points and seven rebounds, while Epoch was 3-for-7 and had 13 points and five assists. Ahlstrom chipped in with eight points and nine boards.

We led the country in three-point shooting, but we’ve really been struggling in recent weeks and it was great timing for it to come back.

Kyanna Giles was outstanding for Regina, scoring a game-high 27 points. Twin sister Kyia Giles had 14 points and a team-high six rebounds, while Hubenig hit four three-pointers and finished with 13 points. Hubenig and both Giles sisters all had four steals for the Cougars.

Regina will wrap up their season on Sunday afternoon at 4:30 p.m. ET / 1:30 p.m. PT against McGill looking to win bronze.

Semifinal 1: Carleton comes back for thrilling win over McGill