U SPORTS women’s hockey will have a new national champion after the third-seeded Guelph Gryphons took down the defending champion Manitoba Bisons 3-2 in quarterfinal action on Thursday afternoon at MacLauchlan Arena.

Rookie forward Nicole MacKinnon scored the game-winner just under six minutes into the third after her team surrendered an early 2-0 lead. Joining MacKinnon on the scoresheet were teammates Kaitlin Lowy and Sydney Davison. Claire Merrick, Katie Mikkelsen and Ashlee Lawrence each recorded an assist in the win.

“That’s definitely the biggest goal I ever scored for sure,” said MacKinnon, who was named the Player of the Game for the Gryphons. “The emotions were high the entire game. Our team really wanted it and I was just glad I could help in any way I could.” 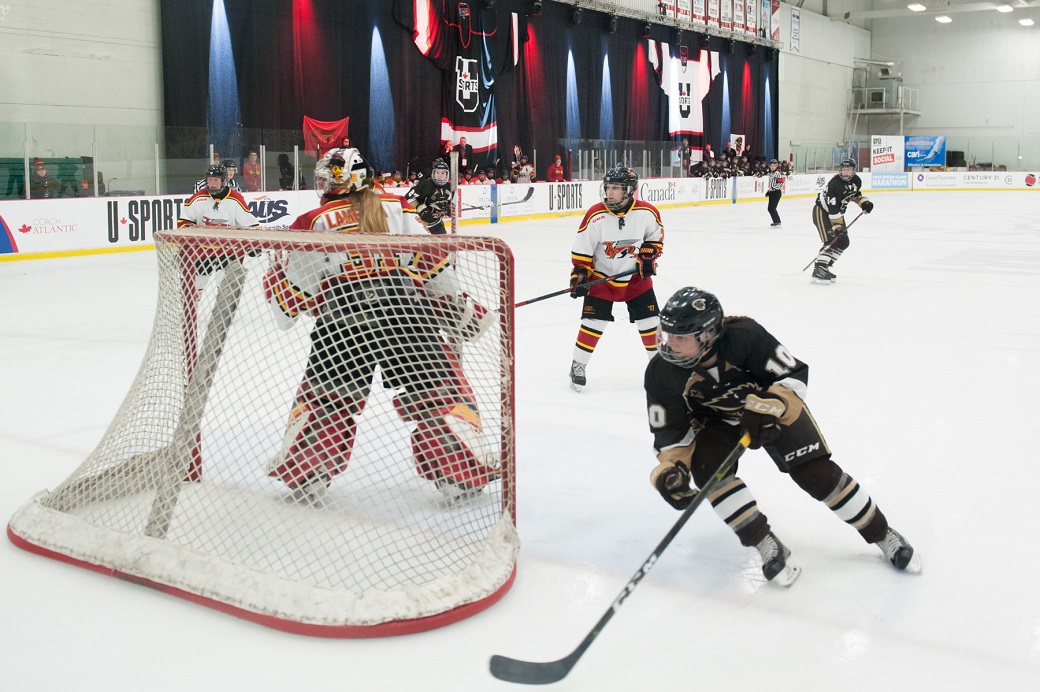 The Gryphons wasted little time getting on the scoreboard. Just 36 seconds into the game, Lowy battled in front of the net and slipped a backhand past Lauren Taraschuk.

A little over a minute later, Davison added Guelph’s second goal of the game as she wristed a shot through traffic past Taraschuk.

With just 34.6 seconds remaining, Manitoba got a goal back when Alanna Sharman tapped in the puck after a point shot squeezed through goaltender Valerie Lamenta.

That goal seemed to spark the defending champion Bisons, who quickly tied it up at two apiece a minute into the second. Sharman took a pass from Sheridan Oswald, skated past a defender and roofed a shot for the weak-side tally – her second of the contest.

After a rough start to the game, Manitoba’s defence stepped up in a big way in the second period, smothering their opponent and limiting them to just six shots on net. After 40 minutes, the two teams were squared up at 2-2.

Despite surrendering the early advantage, MacKinnon and the Gryphons knew their experience in high-leverage situations would pay off in the end. 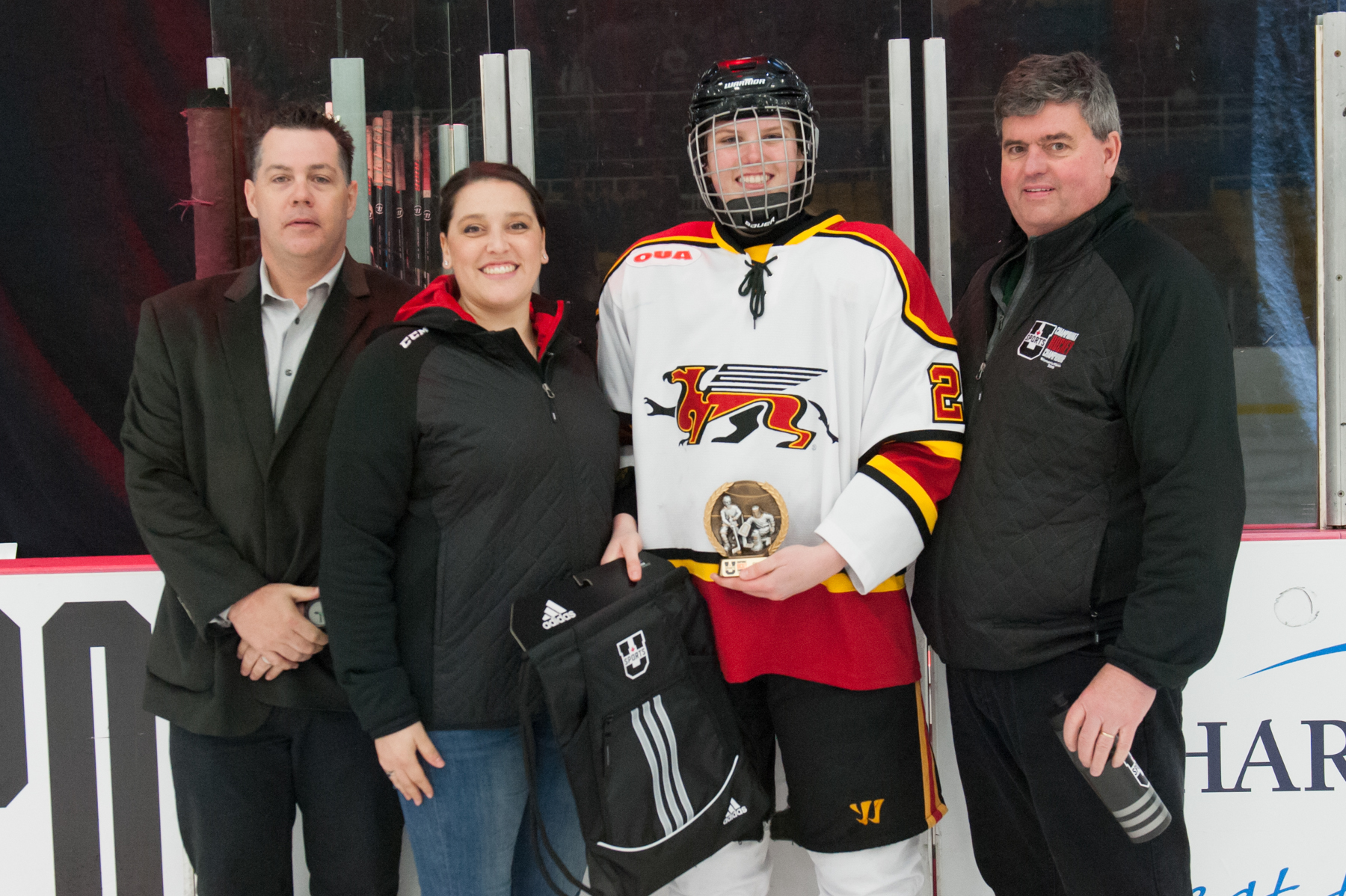 “In the (OUA) McCaw Cup Finals, we were down going into the third and I think we learned that we could play from behind and we weren’t even behind,” the rookie said. “We knew our team could do it and we were going to give it everything we had.”

But a costly play behind Manitoba’s net at the six-minute mark of the third led to Guelph’s game-winning goal. MacKinnon gathered the puck of an errant clearing attempt and beat Taraschuk for the victory.

“It feels great,” said MacKinnon. “Taking down any team would feel good right now, but just the fact that they’re the defending champions gave us that extra motivation.”