The Montréal Carabins pulled off the upset and are taking home a bronze medal after a 2-1 victory over the top-seeded Alberta Pandas.

While the result was a surprise to some, fifth-year defender and team captain Valérie St-Onge always had faith in what her team could accomplish.

“Everybody in that room wanted to work for the other person next to them and I think that made the difference,” she said. “It’s a first experience for a lot of them and to win a medal at nationals is just overwhelming.”

For St-Onge, it’s a memory she’ll remember for a long time.

“Being a fifth-year and ending my career with this medal, even though it’s not gold, nobody can take it off my neck and it’s mine.” 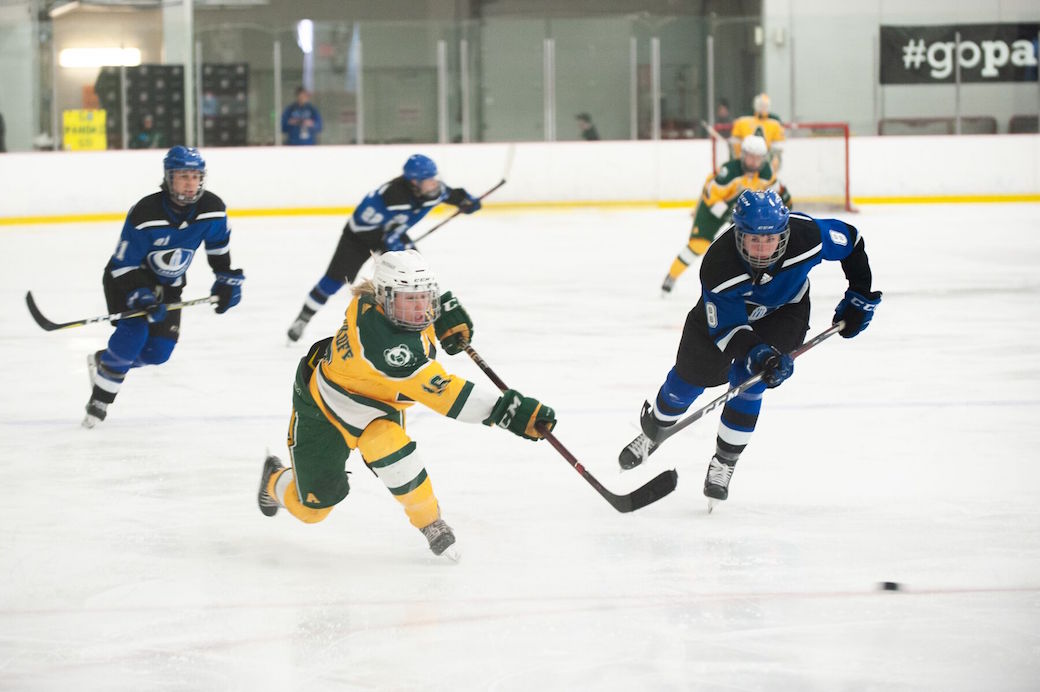 Montréal came into the game focused, looking for redemption after surrendering five goals the night before. Scoring chances were hard to come by in a defensive first period that resulted in just 11 shots between the two teams.

Through the first half of the second period, the Carabins took advantage of an Alberta team that looked tired on the ice, as Montréal controlled the pace of play and outshot their opponent 8-1.

In a battle along the sideboards, the puck squirted to rookie defender Kelly-Ann Nadeau, who fired it from the blue line past Kirsten Chamberlin for the eighth-minute marker. Two and half minutes later, Alexandra Boulanger deposited Montréal’s second goal of the contest from the slot after Annie Germain’s initial shot deflected off a Panda defender.

Alberta found life in the third, albeit late. With pressure mounting on the Carabins defence, Alex Poznikoff sent a pass from behind the net to Kennedy Gasner, who wired a shot from a difficult angle to trim the deficit in half with 1:15 remaining.

The Pandas pulled their goalie looking for that equalizer, but with time winding down and the puck jammed along the boards, the horn sounded as the Carabins raced to their goalie in celebration.

“Words can’t even describe how proud I am of them,” said St-Onge. “It’s been an amazing year.”

Consolation Final: Bisons come away with 2-0 win over Varsity Blues to finish fifth