"I thought Murray has done a fantastic job with the Pronghorns this past year," noted Alberta head coach Ian Herbers after the game. "Coming in late and the work he has done, they have always played us hard. The first period they came after us and made things difficult. That first game is always the hardest at this tournament, getting your legs under you and everything else…Feeling out officials and how things are going to be called. I thought our guys responded well. We were a little tentative at first but then we played our game."

Lethbridge was 0-4 against Alberta in regular season action, as Alberta outscored Lethbridge 24-10 in those four contests. However, in the team's first of two games at the ENMAX Center during the regular season in preparation for hosting the 2019 U SPORTS Cavendish Farms University Cup, Lethbridge was able to take Alberta into overtime before dropping the contest 4-3.

The host team was unable to replicate that success, thanks to two early goals by 2019 U SPORTS player of the year Luke Philp. While Philp was bound to be a factor, three consecutive penalties by Lethbridge put them at an early disadvantage. Alberta's defence also smothered Lethbridge throughout the game, with the home team only generating 12 shots to the visitors' 28. 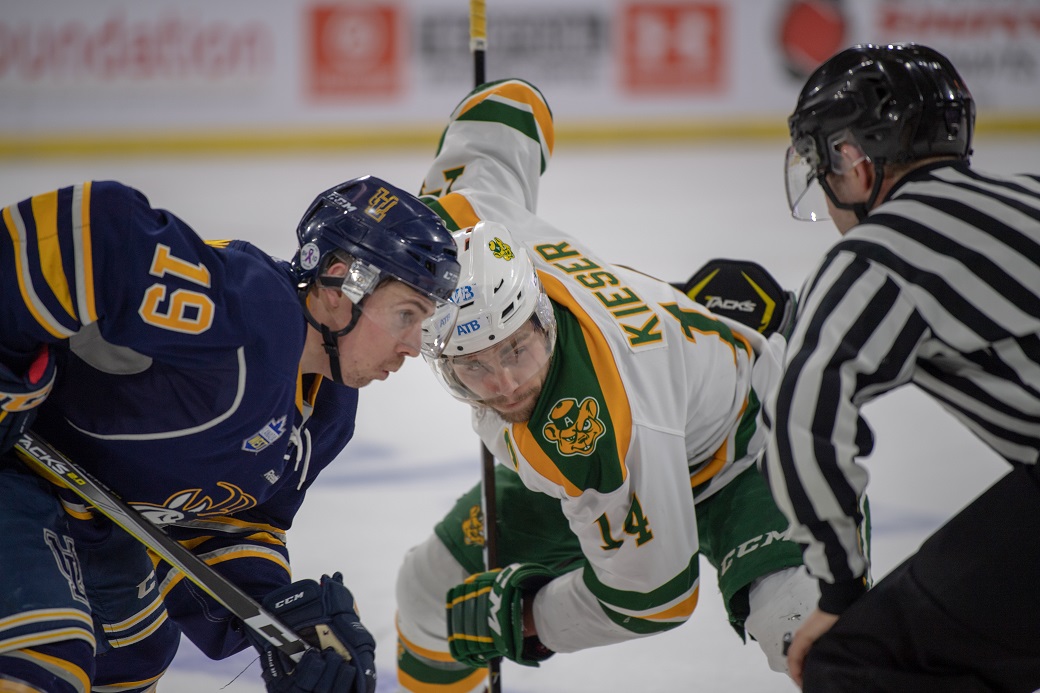 "I think we feel good," explained Alberta forward Luke Philp, who has been drawing the attention of NHL scouts. "We are confident. The first one is always difficult off the bat, and I thought we were hesitant at times to start the game. We did a better job and I thought our third was our best period so that is good moving forward."

Following a pre-game ceremony honoring the 1994 Pronghorns University Cup championship team, the home side came out with a spring in their step. Lethbridge would match the early pace of the defending University Cup Champion Golden Bears, keeping up with the visitors on both ends of the ice.

Halfway into the opening frame, Philp would showcase exactly why he was named regular season MVP, converting on a 2-on-1 with fourth-year defenceman Graeme Craig. The play would be started thanks to a long stretch pass by U SPORTS Defenceman of the Year Jason Fram from behind his own net. From there, Alberta would overwhelm the home side, outshooting Lethbridge 12 to 3 in the first. 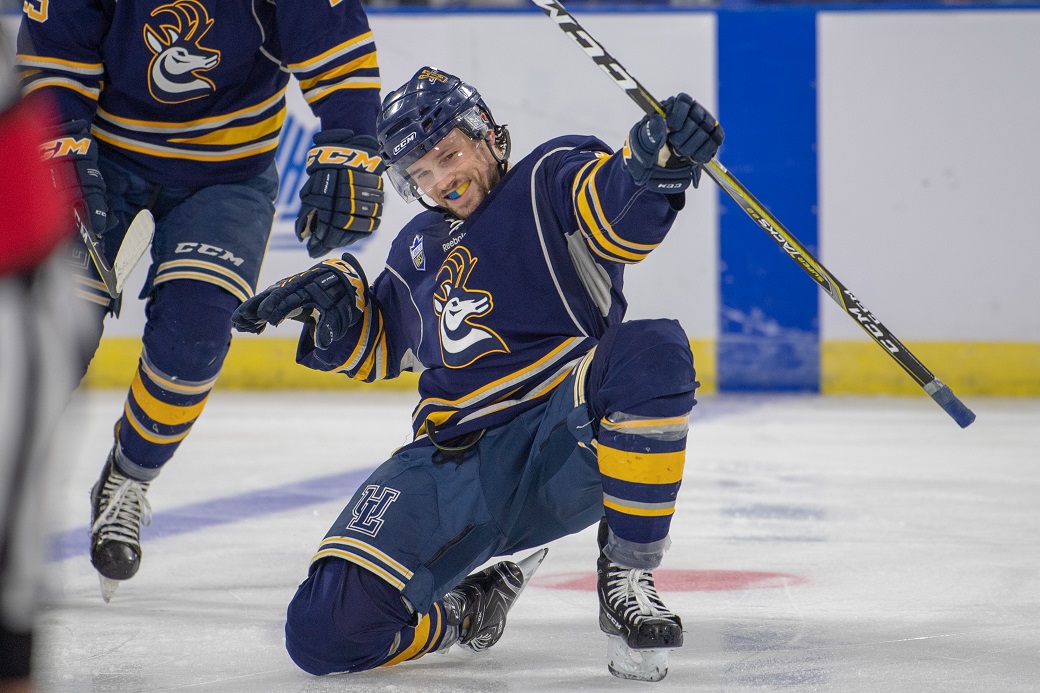 Just 3:24 into the second, Lethbridge's third consecutive penalty would lead to Luke Philp's second goal of the game. Following back-to-back saves by third year netminder Garret Hughson, Philp would charge to the net and tap home a rebound to put Alberta up by two.

Just as it seemed Lethbridge was outmatched by the top-seeded Bears, fifth-year centre Connor Sanvido would fire a slap shot short right side to trim the Alberta lead to one.

Lethbridge's momentum would quickly be halted following a shorthanded goal from third-year defenceman Ben Carroll. Not long after, Cole Sanford would finish off a fantastic passing play by Alberta to put the visitors up 4-1 heading into the second intermission.

"We play skill and physical," said Herbers. "We got guys that can finish checks and put pucks in the net. We want to play a tempo and speed game."

Alberta would keep their foot on the gas in the third period as Sawyer Lange, Trevor Cox, and Brandon Magee would all add third period tallies for Alberta en route to the 7-1 victory.

With the win, Alberta keeps their dreams alive of repeating as University Cup champions, as they look to secure their fourth championship in the last six years.

"We are used to (having the target on our back),” said Herbers. We get it during our regular season in Canada West. Teams always come play us hard every time we play, and we also go down and do a few exhibition games in other places… especially being the defending national champions. For us we just worry about playing our game, and focus on what we do and the process, and how we are going to improve each day."

While the tournament ends for the Pronghorns, action at the University Cup will continue through Sunday, at the ENMAX Centre. Alberta advances to the semifinals, where they will play Saskatchewan for a second consecutive year. Puck drop is set for 3:00 p.m. ET / 12:00 p.m. PT Saturday on Sportsnet 360 and Sportsnet Now.

Quarterfinal 1: Huskies advance to semifinal round