In a battle between conference silver medallists, the fifth-seeded Saskatchewan Huskies of Canada West overwhelmed the fourth-seeded Guelph Gryphons of the OUA 6-1 on Thursday afternoon.

With the victory, the Huskies clinch their fourth consecutive University Cup semifinal berth. They await the winner of the hosts Lethbridge Pronghorns and top-seeded Alberta Golden Bears.

Although the score indicated otherwise, Guelph challenged Saskatchewan, outshooting the Canada West runners-ups 32-27. However, a terrific performance by U SPORTS Goaltender of the Year Taran Kozun, combined with an impressive special teams effort would prove to be the difference. Saskatchewan finished the game three-of-four on the power play, while killing three penalties of their own.

"Special teams and goaltending is probably going to be the difference in a one game competition or championship like this and ours was a little bit dead in the last game of the Canada West finals," noted Huskies bench boss Dave Adolph. "We got a little life (today), and hopefully it continues.

"(These games) makes all our coaches in U SPORTS most anxious. It's one and done, and I am sure (Gryphons head coach) Shawn Camp would say the same thing. You don't sleep for a few days knowing anything can happen and worst-case scenario is going home before the tournament even officially starts in this first game. I'm thankful that we were on the right end of that and we had a great first period. I think our first period really set the tone… (because) we had a tough series against Alberta - we didn't score a goal in the last two games."

Just minutes into the contest, fourth-year forward Logan McVeigh scored the first goal of the 2019 Cavendish Farms University Cup. After Kole Bauml fanned on an open chance in the left crease, Levi Cable would walk the line and fire a shot from the point. Bauml would perform a pretty one touch pass from the crease to McVeigh, who would tap the puck into the net to give Saskatchewan a 1-0 lead. 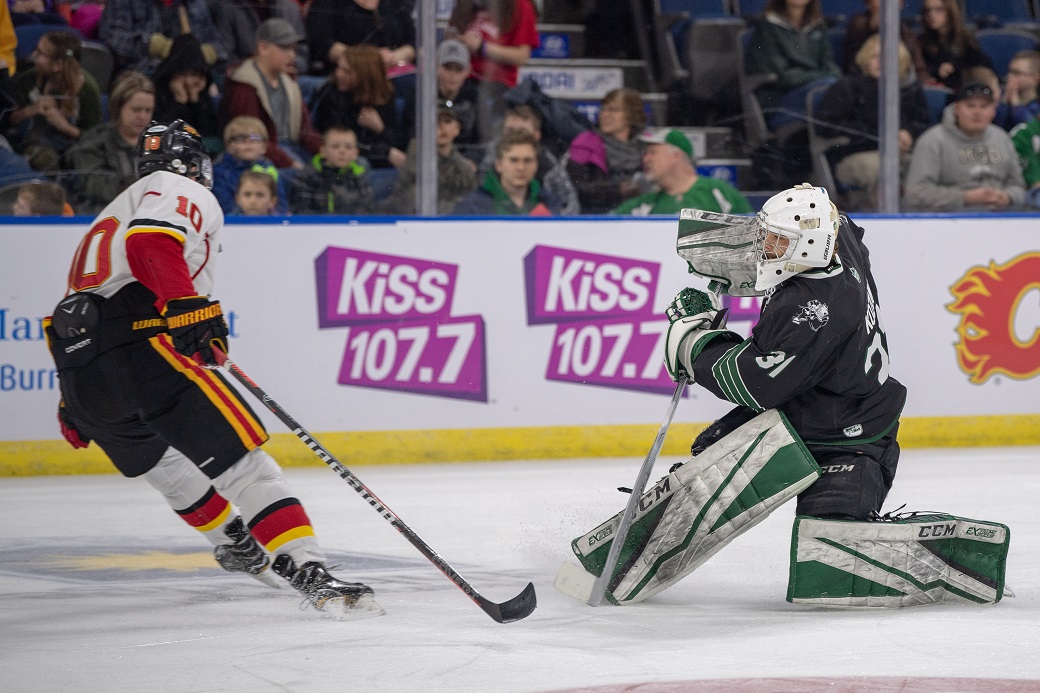 Almost 10 minutes later, rookie defenseman Evan Fiala would fire a quick wrist shot to the bottom right corner of the net following a pass behind the net from Collin Shirley to put Saskatchewan up by two.

Penalties would plague the Gryphons in this game, as an early infraction 12 seconds into the second period by Stephen Templeton would put Saskatchewan on the power play for the third time in the game. Carson Stadnyk would take full advantage of the Gryphons' undisciplined play, tapping in a Collin Shirley wrist shot into an open Guelph cage.

When it seemed the Huskies had taken full control of the opening quarterfinal, fifth-year Guelph senior Scott Simmonds would put the Guelph on the board. Following a trio of terrific saves from Kozun, Lethbridge Hurricanes alum Seth Swenson would casually fire a shot from the point, which would be tipped by Simmonds into the back of the net. 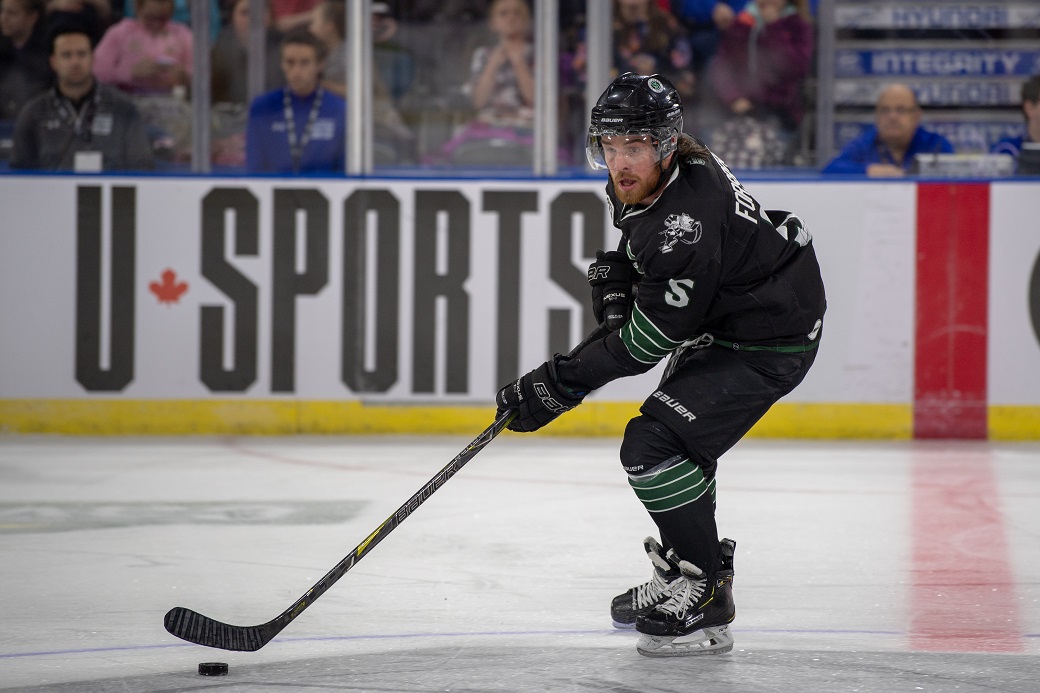 As it had all game, the Guelph penalty troubles would prevent them from building any momentum. Wyatt Johnson would tip in a Jesse Forsberg slap shot to put Saskatchwan back up by three heading into the final period.

Although Guelph would tighten up their defence in the third period, two costly turnovers would lead to Saskatchewan goals. First, Stadnyk would make no mistake with a 2-on-1 chance, potting a perfectly placed pass from Wyatt Johnson to put his team up 5-1. Shortly after, Levi Cable would capitalize on a neutral zone turnover and race past the Guelph defence to snap a shot up and over Gryphons goalie Andrew Masters.

"It was unbelievable," explained Stadnyk when asked about the game. "It is a lot of fun being here and just the atmosphere, with the kids coming out and cheering us on. Especially playing a new team like Guelph, it was unbelievable and there was a lot of nerves but thank goodness we came out on top."

While Guelph sees their tournament come to an end, Saskatchewan will play in the semifinals at 3:00 p.m. ET / 12:00 p.m. PT on Saturday on Sportsnet 360 and Sportsnet Now.

From one generation to the next: The Orban hockey legacy at Lethbridge continues