In a rematch of the 2016 national semifinals, the Ottawa Gee-Gees scored 29 unanswered points in the second half and through overtime to  beat the Calgary Dinos for the second consecutive year, 32-15

Ottawa now advances to the final to face the winner of the second semifinal between StFX and Laval. The gold medal game is scheduled for Sunday at 5:00 p.m. ET/2 p.m. PT.

The Dinos will have to regroup and attempt to win their second consecutive bronze medal, Sunday at 3:00 p.m, ET/ 12 p.m. PT. 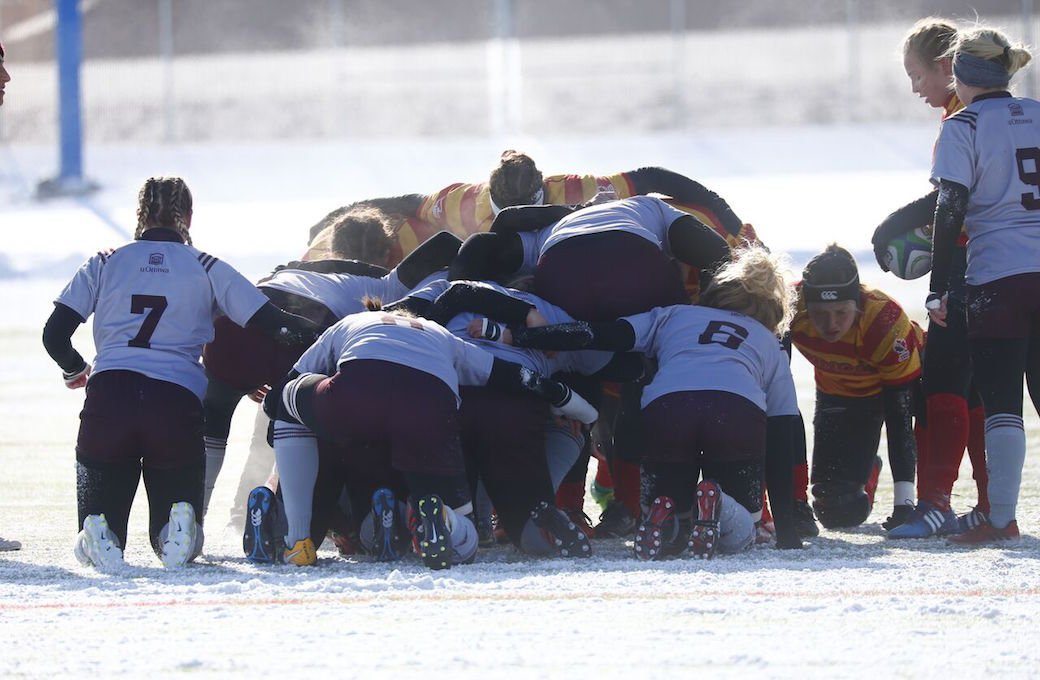 Last year in Victoria, Ottawa defeated Calgary 7-5 in a tight defensive battle and the rematch started down that path with the first 10 minutes being highlighted by strong tackling by both teams.

“Our defence kept us in the game, our tight five were so dominant,” said Ottawa’s head coach Jen Boyd. “It is the kind of rugby you have to play in this type of weather. We had a slow start but what an end.

We played with more confidence in the second half, the girls made all the decisions themselves.

Following a Dinos penalty, Ottawa elected to kick for points to open the scoring. Emma Sandstrom hit the kick to put the Gee-Gees up 3-0. Off the ensuing kick-off, Calgary pushed deep into the offensive end. Ottawa was able to relieve with a steal and kick, but Elysa Sandron fielded the kick clean. Sandron aided by a defender that lost her footing, raced away for an unconverted try to give Calgary the 5-3 lead.

Calgary was again able to move the ball deep into the offensive end and with the first half in stoppage time, Canada West MVP DaLeaka Menin scored the second Dinos unconverted try of the half.

Early into the second half, Sandron went on a long run and despite being caught near the touch line, her momentum took her in for her second try of the game and a 15-3 Calgary lead. With the Dinos down a player due to a yellow card, Ottawa responded right back to cut into the Calgary lead. Alexandria Ellis was able to push the ball across and Sandstrom made the convert to cut the Calgary lead to 15-10. 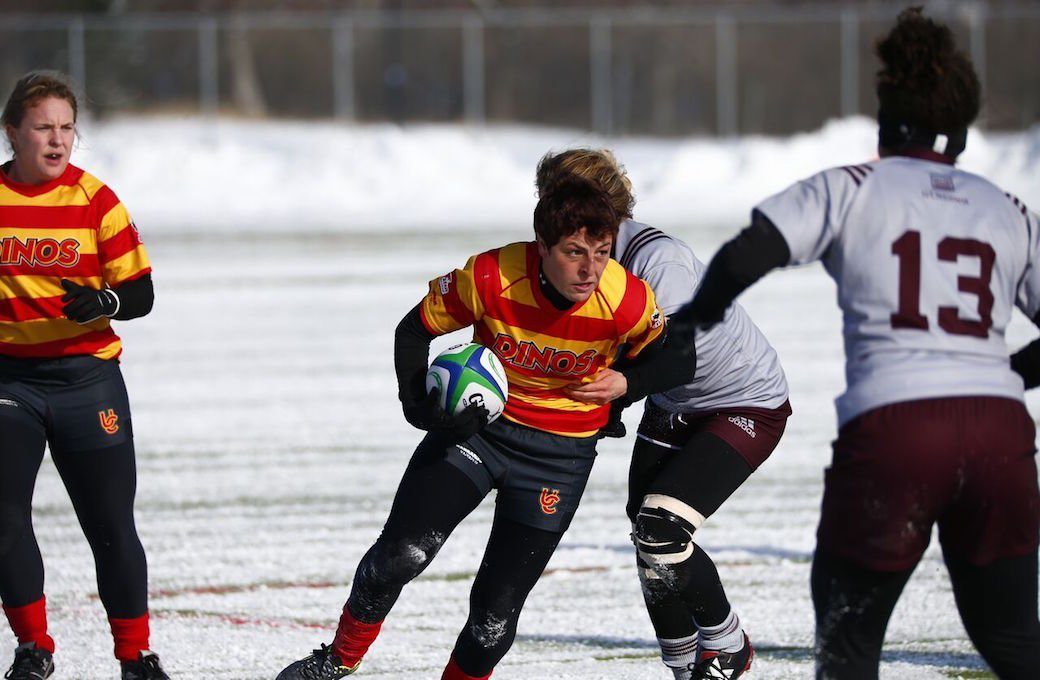 Building on the momentum of the last try, Ottawa marched the ball down the field, with Breanna Phillips picking the ball up off a ruck and putting the ball down for a try. The try went unconverted, tying the game at 15 with 11 minutes to play.

Early in the first overtime, Gee-Gee Danielle Erdelyi picked the ball up off a ruck and leaped across the line for the first score of the extra frame. Sandstrom made her second convert of the game and gave Ottawa a 22-15 lead. Ottawa continued to press Calgary  and off another strong push near the endzone, substitute Erin McCallan registered Ottawa’s second try of overtime and gave the Gee-Gees a 27-15 lead heading into the second overtime.

Dria Bennett broke free in the fourth minute, scoring the third Ottawa try of overtime, putting the game out of reach and securing Ottawa’s second consecutive trip to the gold medal game.