In the second consolation semifinal of the day at the U SPORTS Women’s Rugby Championship Presented by the University of Ottawa, the Acadia Axewomen defeated the Calgary Dinos 29-27 in a back-and-forth game between two physical teams at Matt Anthony Field.

The wild wind conditions played an important factor in the game, with both teams having difficulty with their conversions.

Calgary started the game fast and physical and were able to control the ball from the outset with Acadia struggling to match their intensity.

The Dinos decided to go for early points after an Acadia penalty for offside inside 15-yards gave Patricia Lively an easy kick from straight on to take the early lead. 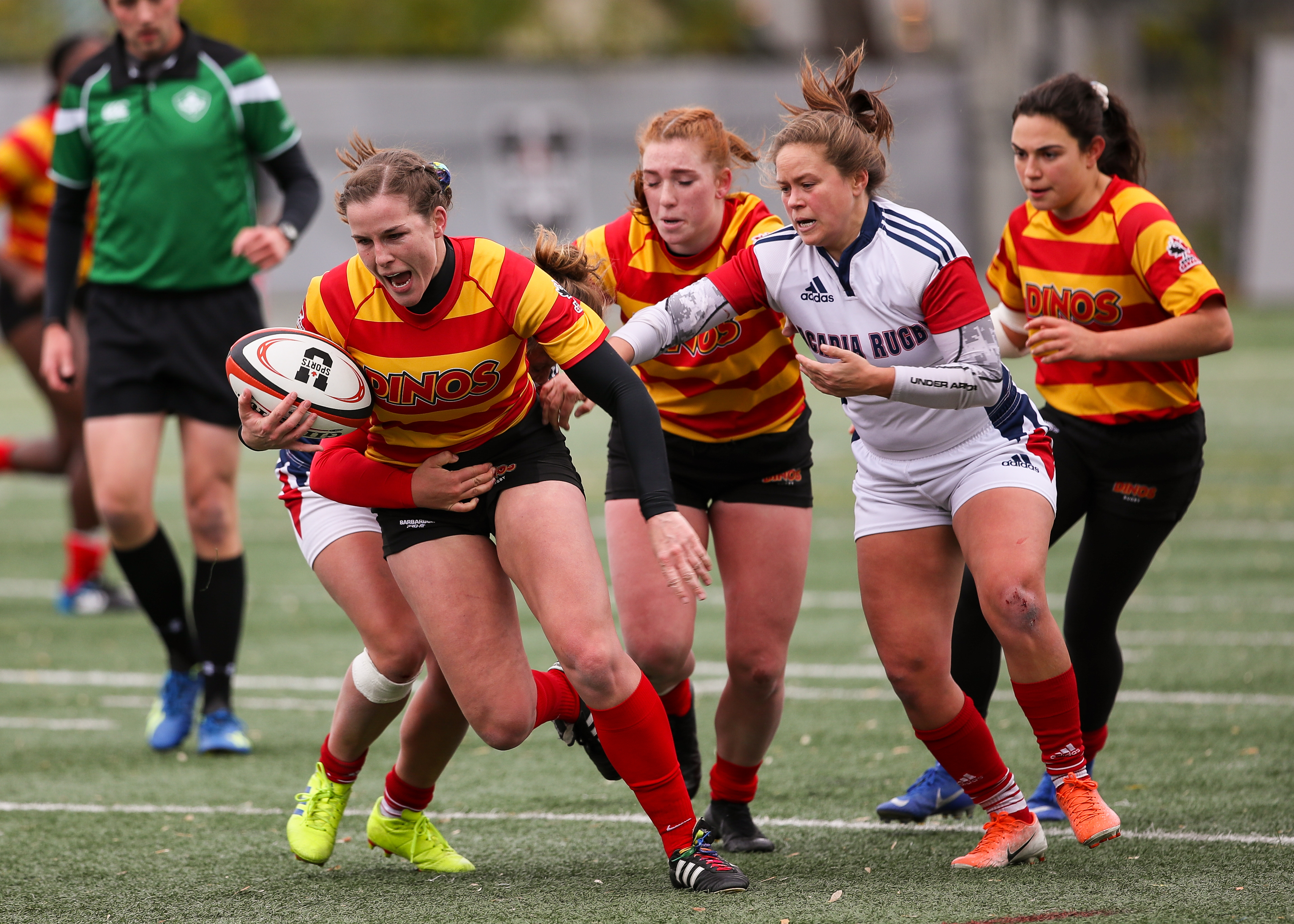 The Axewomen responded right away after an errant pass from the Dinos was picked off by freshly-crowned Second Team All-Canadian Laura Pfleiderer and run back the other way for the try.

A relentless driving attack from Calgary allowed the Dinos’ own Second Team All-Canadian, Berlyn Seselja, to score off a scrum.

The Dinos physicality continued to be seen late in the first half when Julie Omokhuale ran through multiple Acadia tackles before dragging a couple of Axewomen for 10 yards, directly leading to a Cassidy Jones try.

In the last 10 minutes of the half, the Acadia offence woke up in a big way with Emilie Merilainen and Amanda Jardine scoring tries after impressive sideline-to-sideline attack.

After trailing for nearly the entire first half, the Axewomen took a 17-15 lead into the break.

Acadia kept their offence rolling to start the second half, with Merilainen breaking through the Calgary line and moving the ball quickly before being tackled. This allowed Keisha Kane to score just inside the corner marker, making it a two-score game.

After a near try by Calgary was held up, the Dino scrum regrouped and pushed Acadia past their own goal line with Alyson MacDougall scoring.

In the final few minutes of the game, the Axewomen distributed the ball well around the field, giving Merilainen the opportunity to score her second try of the day to gain a two-point lead by a score of 29-27. 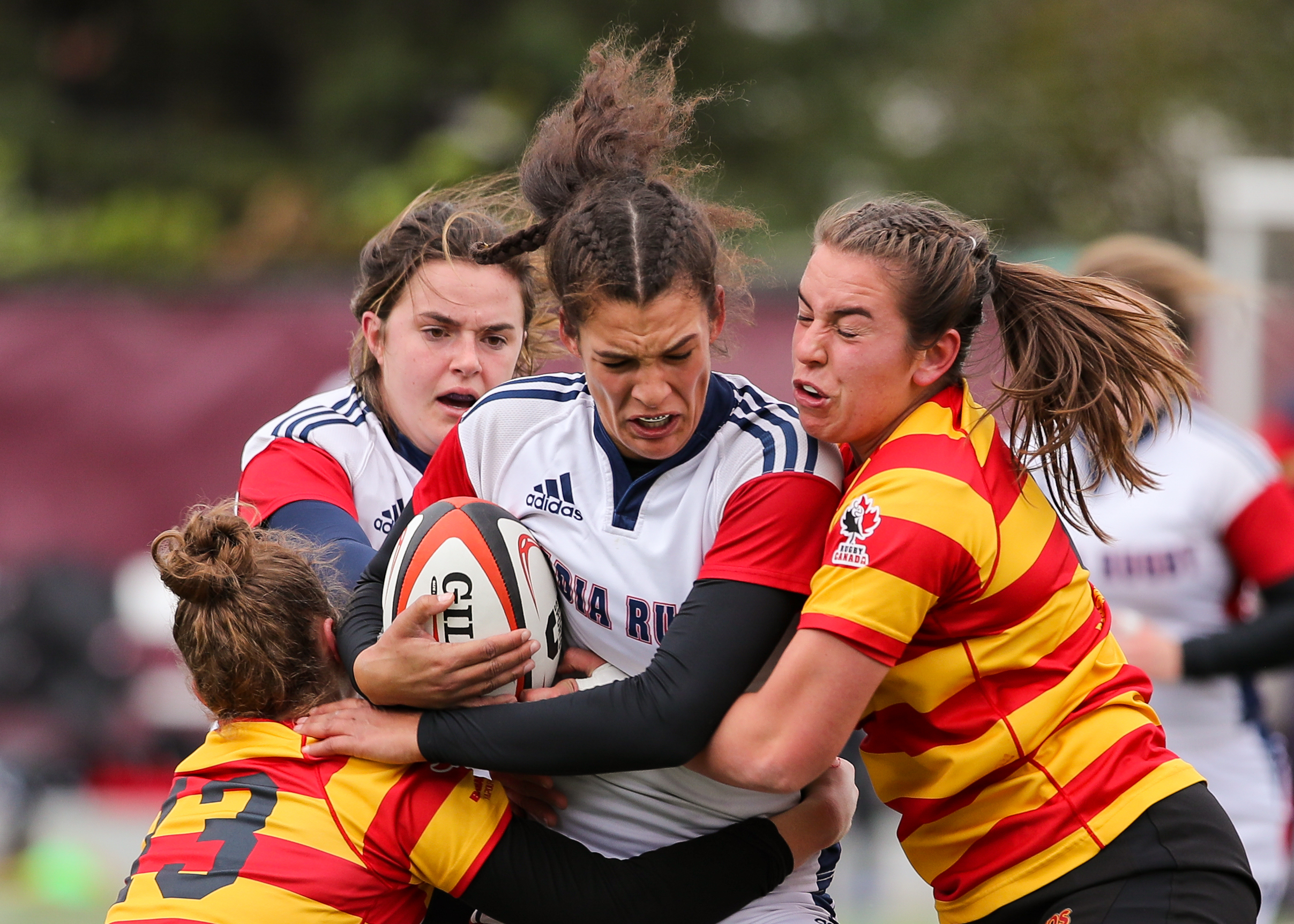 While Calgary pressured aggressively up the field, Acadia supressed the attack long enough for the clock to run out and clinch the victory.

“That was exciting from the opening kickoff until the end. Two pretty evenly matched teams, a little different skill sets on each side of the ball,” said Axewomen head coach Matthew Durant. “I really like what we did offensively today, we’re a pretty dynamic team offensively and we got to show that today.”

For the Dinos, the loss marked an earlier end to the season than they had hoped. But with a core of young players continuing to improve, this team could be back at the National Championship in the very near future.

“There is a very large group of young players that are the core of this team moving forward,” said head coach Simon Chi. “They made some mistakes and the hope is they can learn from this and hopefully if we’re fortunate to be back here in the coming years, they can take what they’ve learned and apply it in this tournament.”

The Axewomen now advance to face their AUS rivals, the St. Francis Xavier X-Women in the consolation final on Sunday at 10 a.m. ET / 7 a.m. PT. 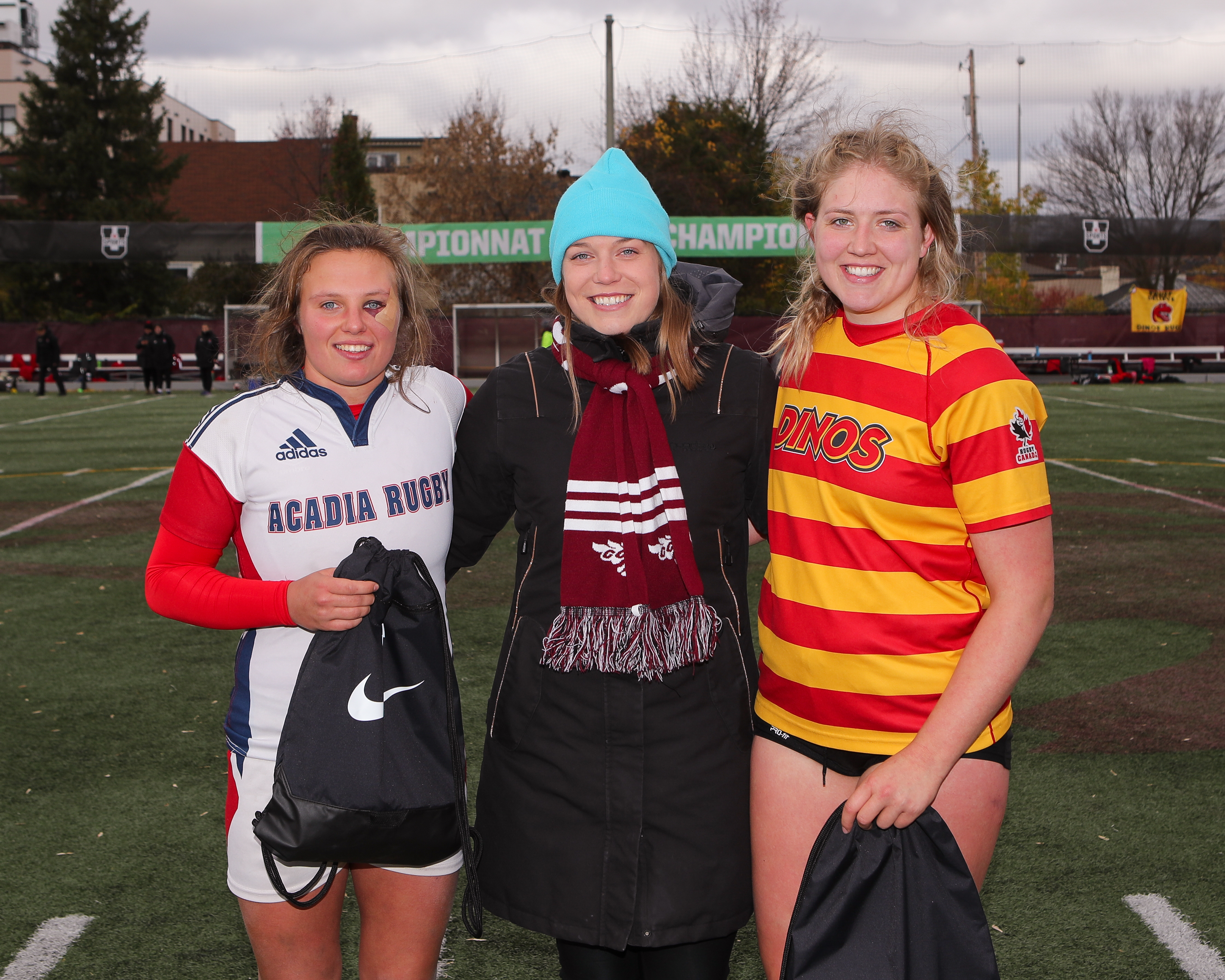