Rachel Leck scored the pivotal goal early in the second half, as the Cape Breton Capers capped off their 2018 U SPORTS campaign with a bronze medal at the national championship thanks to a 1-0 victory over the McMaster Marauders.

The match looked to be an open, yet evenly contested one from the get-go. Both teams saw scoring opportunities in the early goings, but fearless defensive blocks kept the game scoreless.

In the 19th minute, Ciera Disipio of the Capers had the ball fall kindly to her in the box. The midfielder got under her shot and blazed it over. 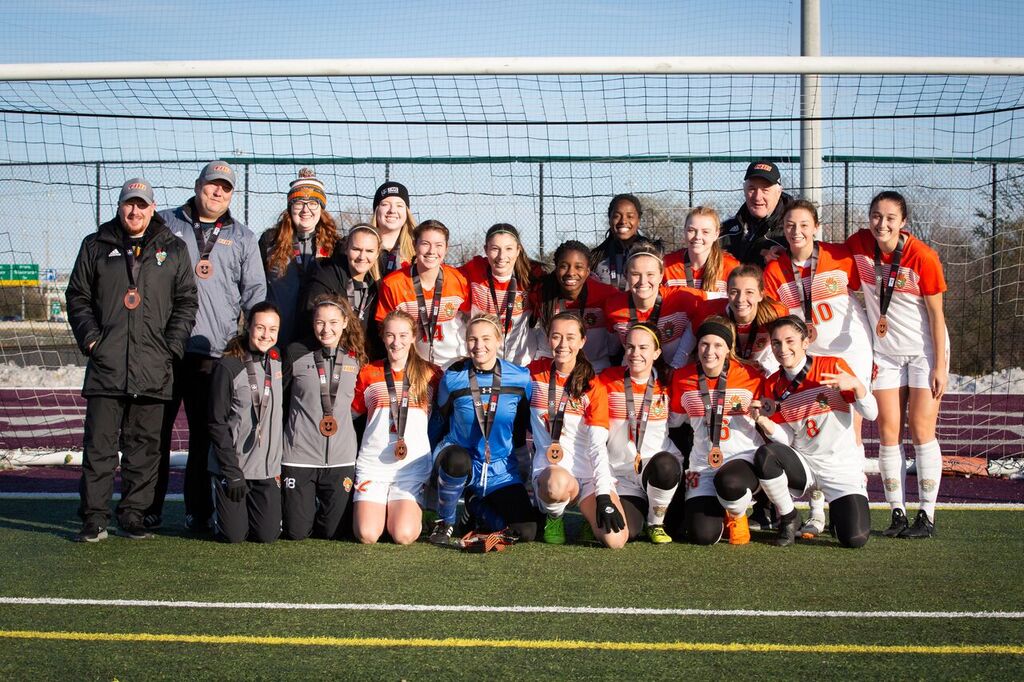 McMaster had their chance with the half winding down, as Lindsay Bosveld had a drive from the top of the box which beat goalkeeper Rachel Yerxa, but not the post. The well-placed shot was the closest either team came to finding the net.

A breakthrough didn’t take long in the second half. Not even three minutes in, Leck got on the end of a perfect corner kick to give her team the lead.

Leck almost found the back of the net again less than five minutes later. She spun and shot in the box, but it was a great reaction save by goalkeeper Juliana Hifawi. Off the ensuing corner, a header hit the crossbar and was cleared.

McMaster saw some hope 11 minutes from full time when Bosveld had some daylight when running at the defence and tried a low shot. Yerxa got across and made a straight forward stop.

There was another late opportunity for the Marauders, as there was confusion in the Cape Breton box. No maroon jerseys could get on the ball though, and the chance was gone.

McMaster kept pushing, but that would be the last major chance of the game, giving the Capers the bronze medal.

"I'm thrilled to win medals back-to-back," said Player of the Game Kennedy Curry of the Capers. "I'm so grateful to win here. Yesterday was very disappointing. I'm glad we got over the loss and came out to play today."