OTTAWA- The Montreal Carabins will compete for Canadian men’s university soccer supremacy for a fourth consecutive season following their 1-0 victory over the Guelph Gryphons in a semifinal matchup at the U SPORTS Men’s Soccer Championship on Saturday.

U SPORTS Player of the Year, Guy-Frank Essomé Penda, scored the game-winning goal in the 99th minute of extra time to send the Carabins back to the national championship game.

Guelph entered the game riding a 14-game winning streak, with the Carabins determined to put an end to the Gryphons’ impressive unbeaten run.

Ten minutes in, Essomé Penda moved deliberately towards goal, dancing around a Guelph defender before delivering a chip pass to teammate Julien Bruce, who saw his attempt blocked just yards away from the Gryphons’ net.

Montreal’s group of travelling fanatics did their best to spring their Carabins to a goal before the intermission, but Guelph’s stout defending - a staple throughout their entire season - made it difficult to break through.

In one of their few offensive opportunities from the first, Guelph came close to going ahead in the final minute of the half when All-Canadian Lucas Doros made good contact on the ball in the box, but his strong hit sailed over the bar as the game entered the break nil-nil.

Pat Raimondo’s Carabins picked up where they left off to begin the second with a series of scoring chances. Montreal midfielder Émile Nantel’s cracking curler from 18 yards forced Guelph’s goalkeeper Svyatoslav Artemenko to parry his strike over the net to preserve the tie.

Soon after, Artemenko’s counterpart in the Montreal goal, Félix Goulet, came up with a miraculous diving save on a bullet strike from Gryphon forward Owen McKee, as the game remained scoreless with thirty minutes to play.

In the 72nd minute, the Carabins came close to opening the scoring when Essomé Penda re-directed a deceptive cross from Paul Mortas towards the far post, but Artemenko stunned everyone in the stadium with a diving save to keep the ball out of the Guelph goal.

With the Gryphons in search of a winner deep into regulation time, Montreal’s Félix Goulet needed to stand on his head to keep the Carabins alive, coming up with two stellar saves to send the game to extra time.

Montreal finally broke the deadlock in the 99th minute when Guy-Frank Essomé Penda tapped in a rebound given up by Artemenko to put the Carabins in the driver’s seat 1-0.

The Gryphons appeared to tie the game just moments later when a hanging cross was put into the net by a Carabins player for an own goal, but Guelph’s Mitchell Lefebvre was adjudged to have pushed the player from behind to knock the ball into the net.

Still trailing with seconds remaining, the OUA champions threw everyone forward in desperation but were unable to muster a game-tying goal as the exhausted players collapsed on the pitch – Guelph’s in devastation, Montreal’s in elation – at the final whistle.

With the victory, the Carabins will move on to the final where they will aim to win the second gold medal in program history. Montreal will face the winner of the second national semifinal between the host Carleton Ravens and AUS champion Cape Breton Capers on Sunday afternoon at the Ravens’ Perch with kickoff slated for 2:00 PM EST.

Guelph will compete for a national bronze medal in the third-place game on Sunday against the loser of the Carleton-Cape Breton semifinal at 11:00 AM EST. 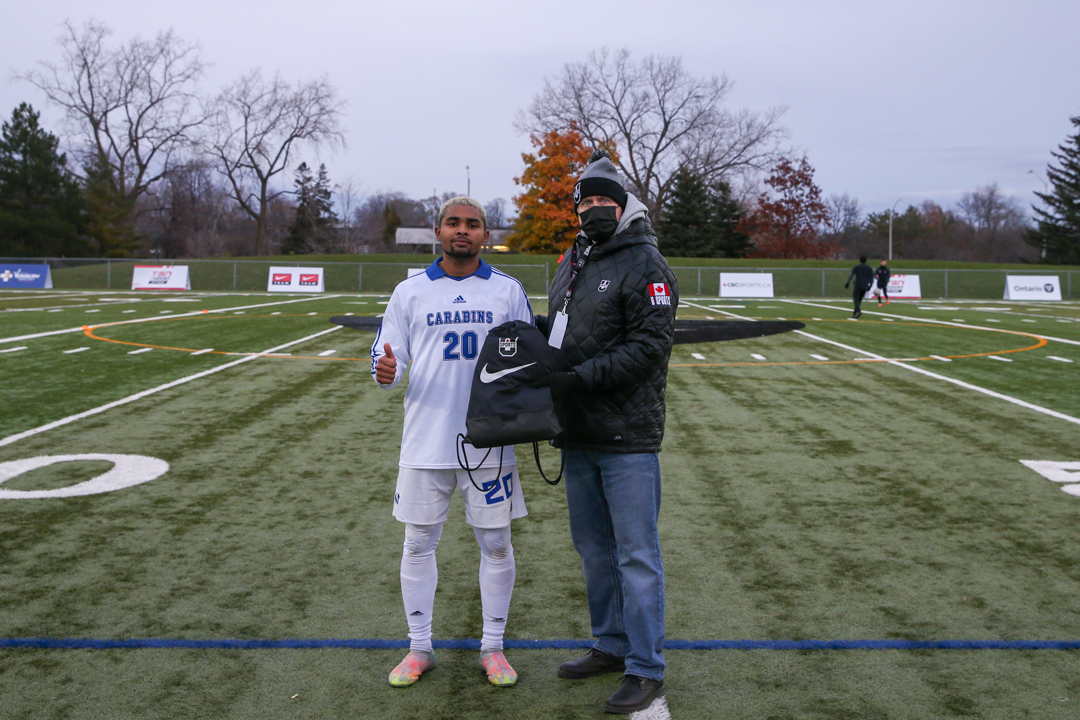 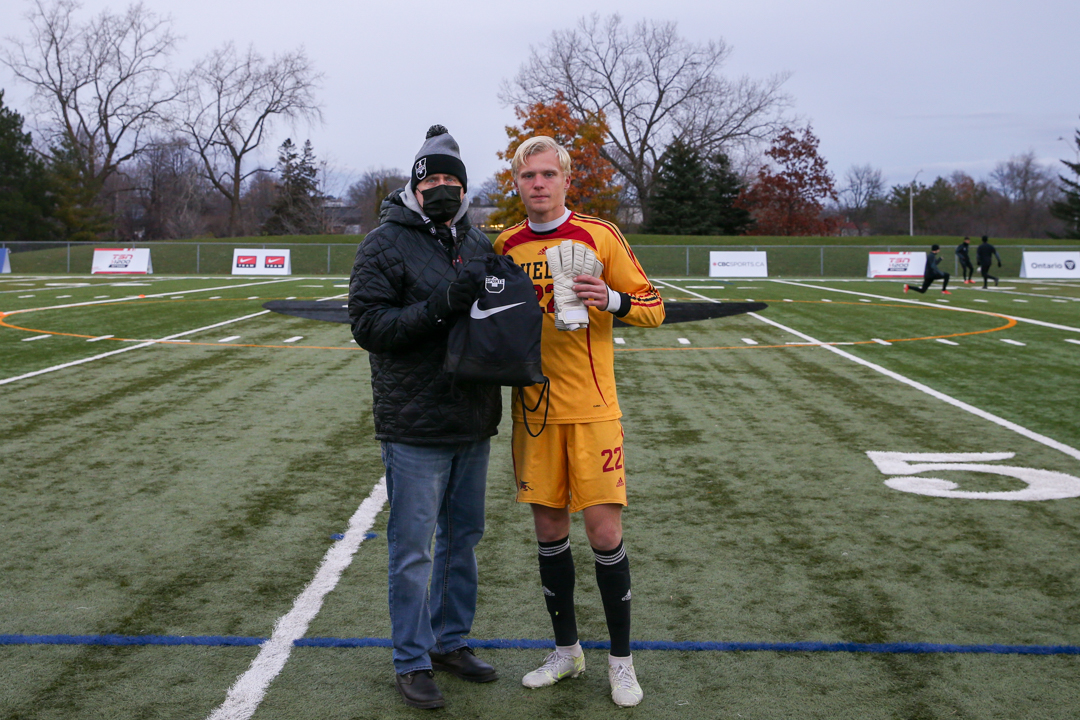