The Calgary Dinos are U SPORTS champions for the fifth time in program history, after defeating the Montreal Carabins 27-13 in the 55th Vanier Cup presented by Promutuel Insurance, in front of 8,376 spectators on Saturday afternoon at TELUS-Université Laval Stadium in Quebec City. 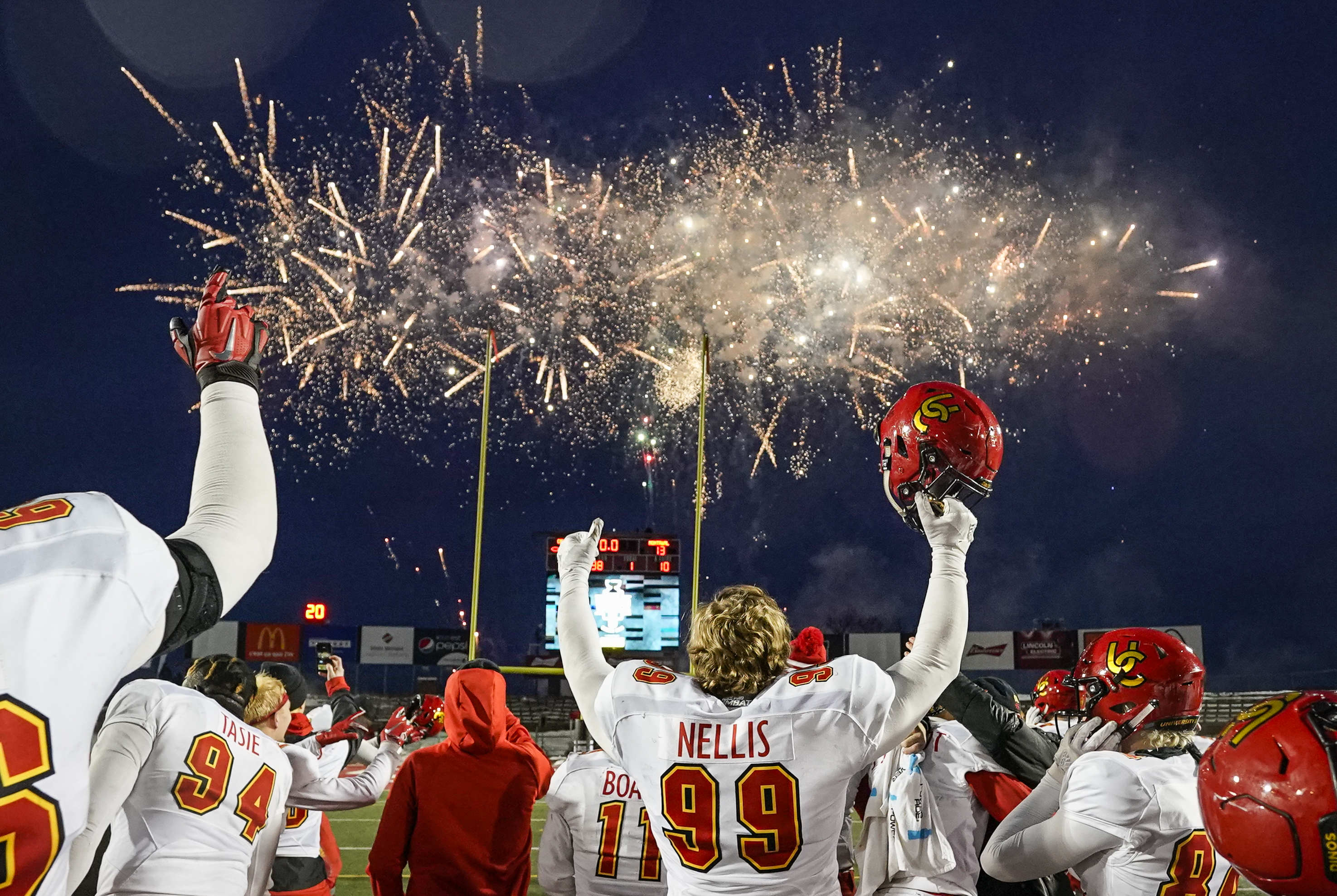 The fourth time was the charm for the Dinos, who lost on their three previous trips to the national final in Quebec City. This is the first title for Calgary since 1995, moving them to third place on the all-time list of winningest programs in Canadian university football history.

“Fortunately, this time we’re leaving this field with a victory,” said head coach Wayne Harris Jr., who was part of the coaching staff when the Dinos last won the title 24 years ago. “We faced a lot of adversity this season and our work has finally paid off!” 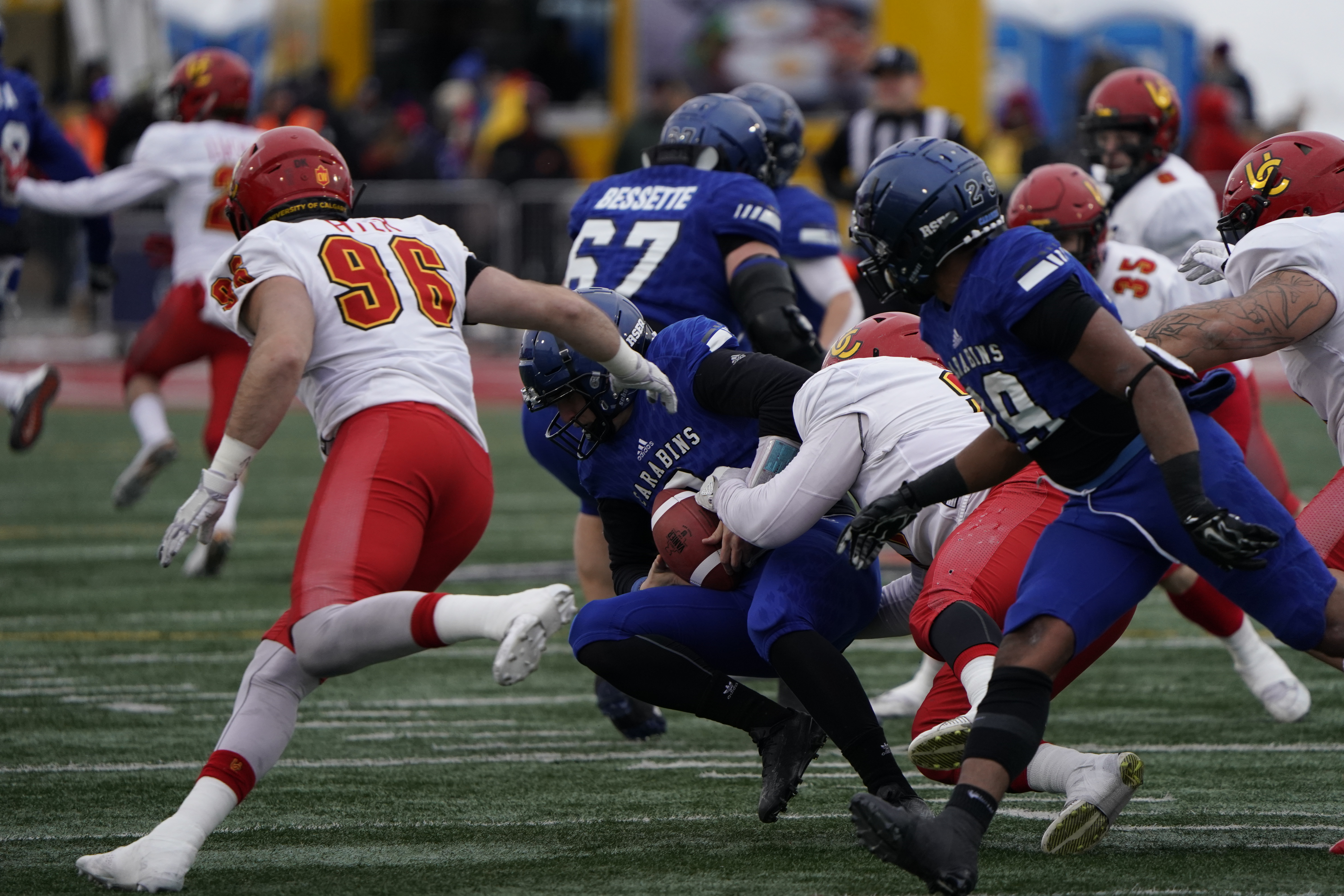 Dinos quarterback Adam Sinagra played a pivotal role in the victory, capturing the Ted Morris Memorial Trophy awarded to the game’s Most Valuable Player. Sinagra put the game out of the Carabins’ reach early in the second quarter, when he threw his second touchdown pass of the game. This marks the first title for the fifth-year veteran, who grew up in the Montreal region.

“I’m finally a champion, and in my home province of all places,” said Sinagra, who finished the game with 22 completions on 28 attempts for 292 yards and a pair of touchdowns. “This is huge for our team. We responded well in every situation today. I’m so proud of this group.”

Leading 13-7 at the half, the Dinos never looked back when they returned to the field, despite repeated menacing attempts from the Carabins late in the game. Calgary completed the score, adding a third touchdown in the final minute of the game, tallying 27 points against Montreal’s defence who had surrendered only 16 points in three playoff games. 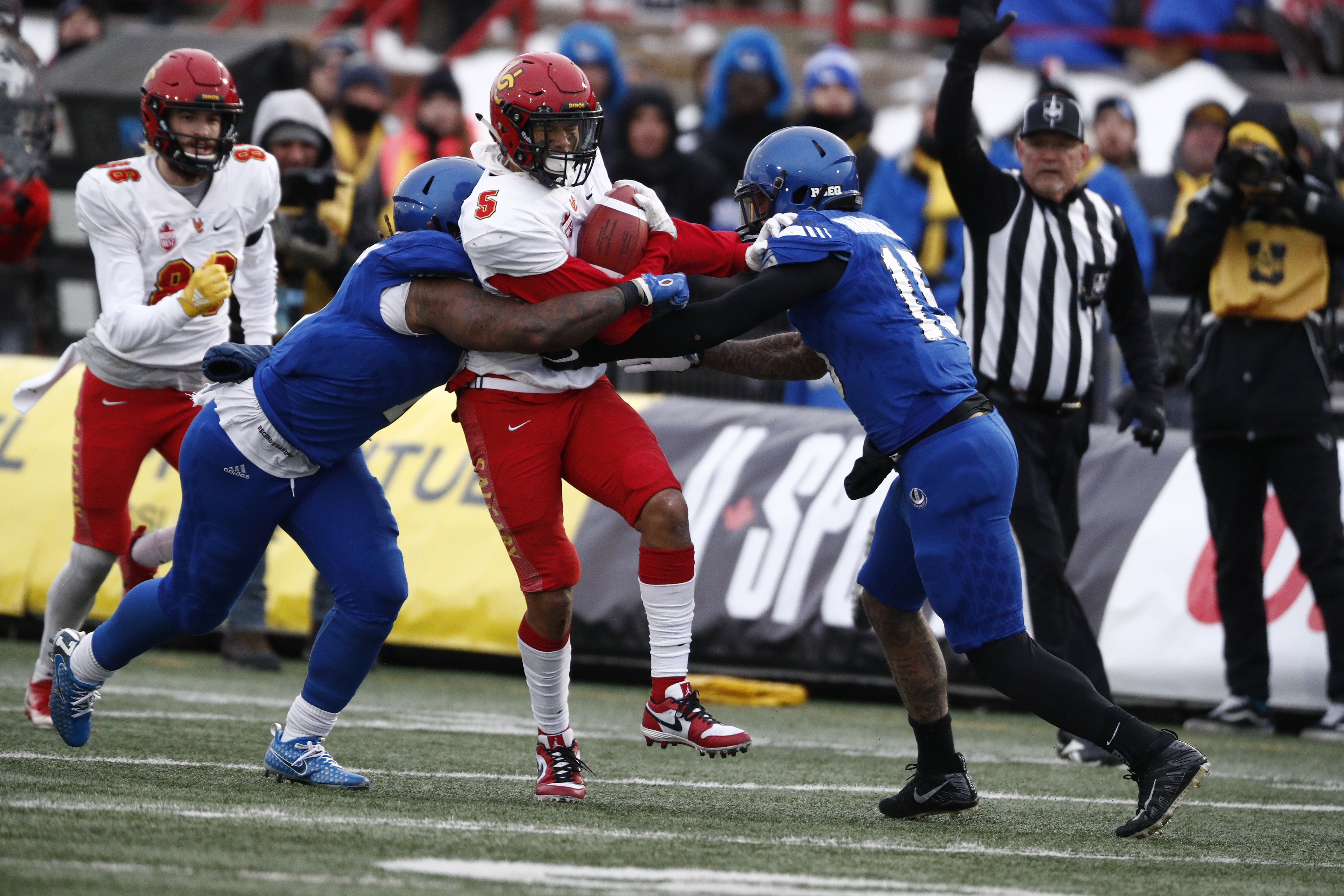 Deprived of star players Marc-Antoine Dequoy and Jean-Philippe Lévesque because of early injuries, Carabins head coach Danny Maciocia refused to use it as an excuse.

“It’s part of football,” he said. “We were obviously missing a few pieces, but you have to give some credit to the Dinos who played an excellent game.”

The Carabins also had to play without their starting quarterback Frédéric Paquette-Perreault, who was injured in last week’s Uteck Bowl at Acadia.

A two-stage first half

It took a while to get anything going offensively for both teams in this 55th Vanier Cup. After a missed field goal on each side, the first quarter ended without any points on the scoreboard. The Dinos were the first to get on the scoresheet with a pair of field goals from Niko DiFonte from 23 and 38 yards. Calgary was up 6-0 with more than 11 minutes left in the half. 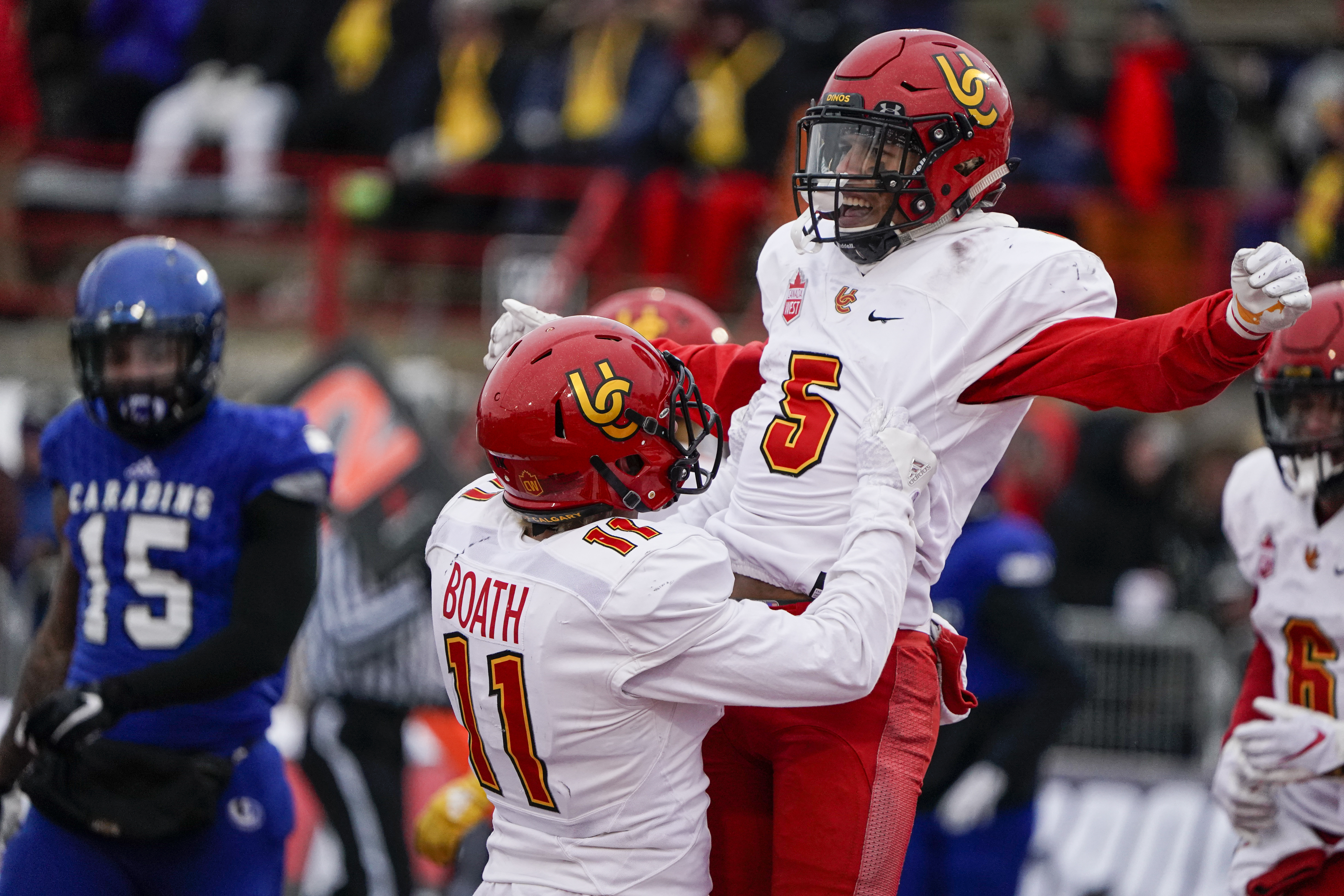 A big defensive play set the tone for the Carabins. Redha Kramdi kicked things off stripping Sinagra of the ball while knocking him over. Following the game, Kramdi received the Bruce Coulter Award as Defensive MVP

Forced to punt the ball at Calgary’s 37-yard line and standing five yards away from a first down, Maciocia decided to pull a trick out of his bag of plays. Raphaël Major-Dagenais connected with Bruno Lagacé for 11 yards, paving the way to Montreal’s only touchdown of the game, scored by Malki. 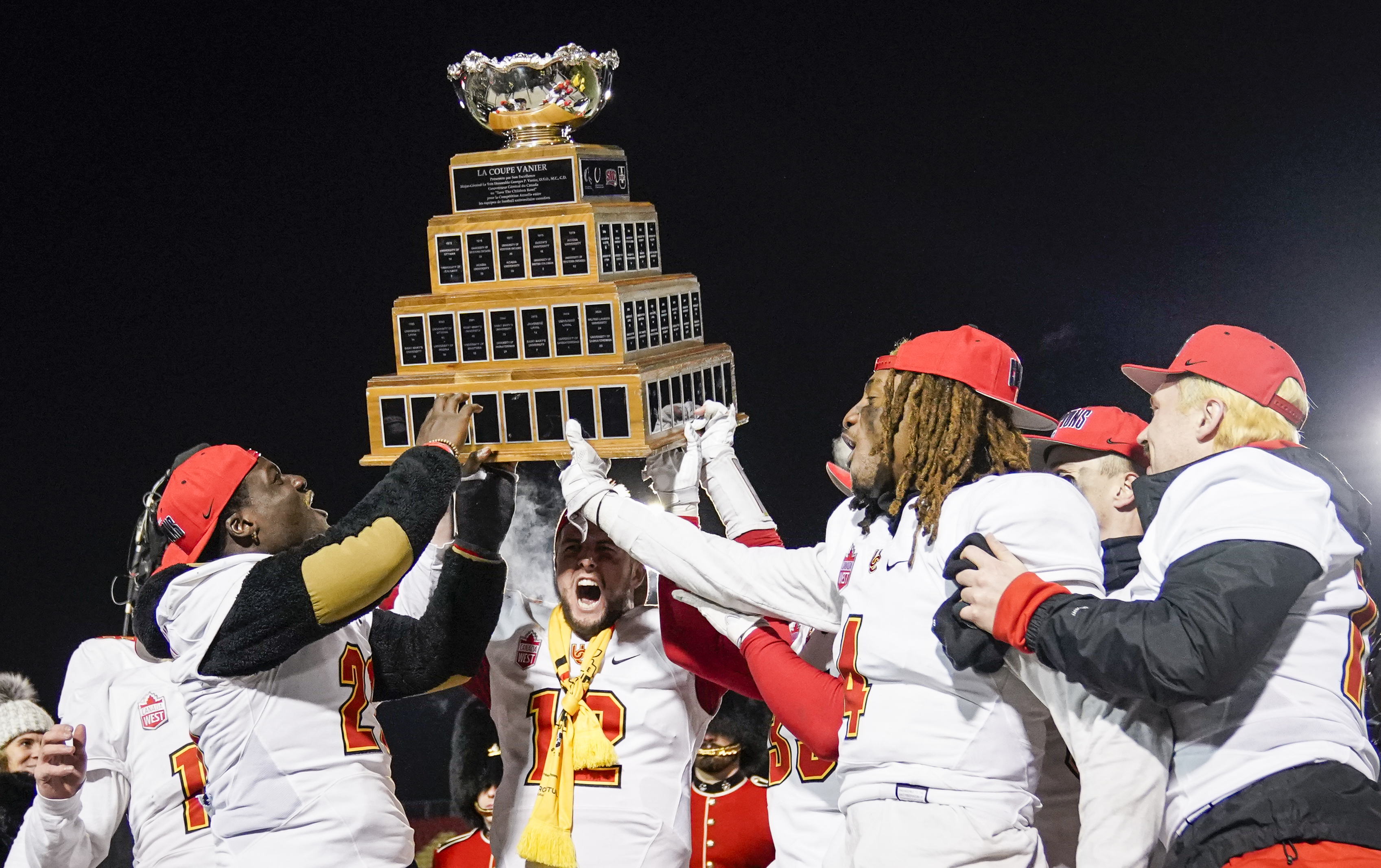 The Carabins weren’t done celebrating when the Dinos answered less than two minutes later. Sinagra needed only four completions to cover the length of the field, finding Jalen Philpot on a 37-yard play to open the drive before finishing it off with the same target, his favourite of the day, on a 13-yard touchdown pass.

The Dinos led 13-7 at the half, a lead they never relinquished. 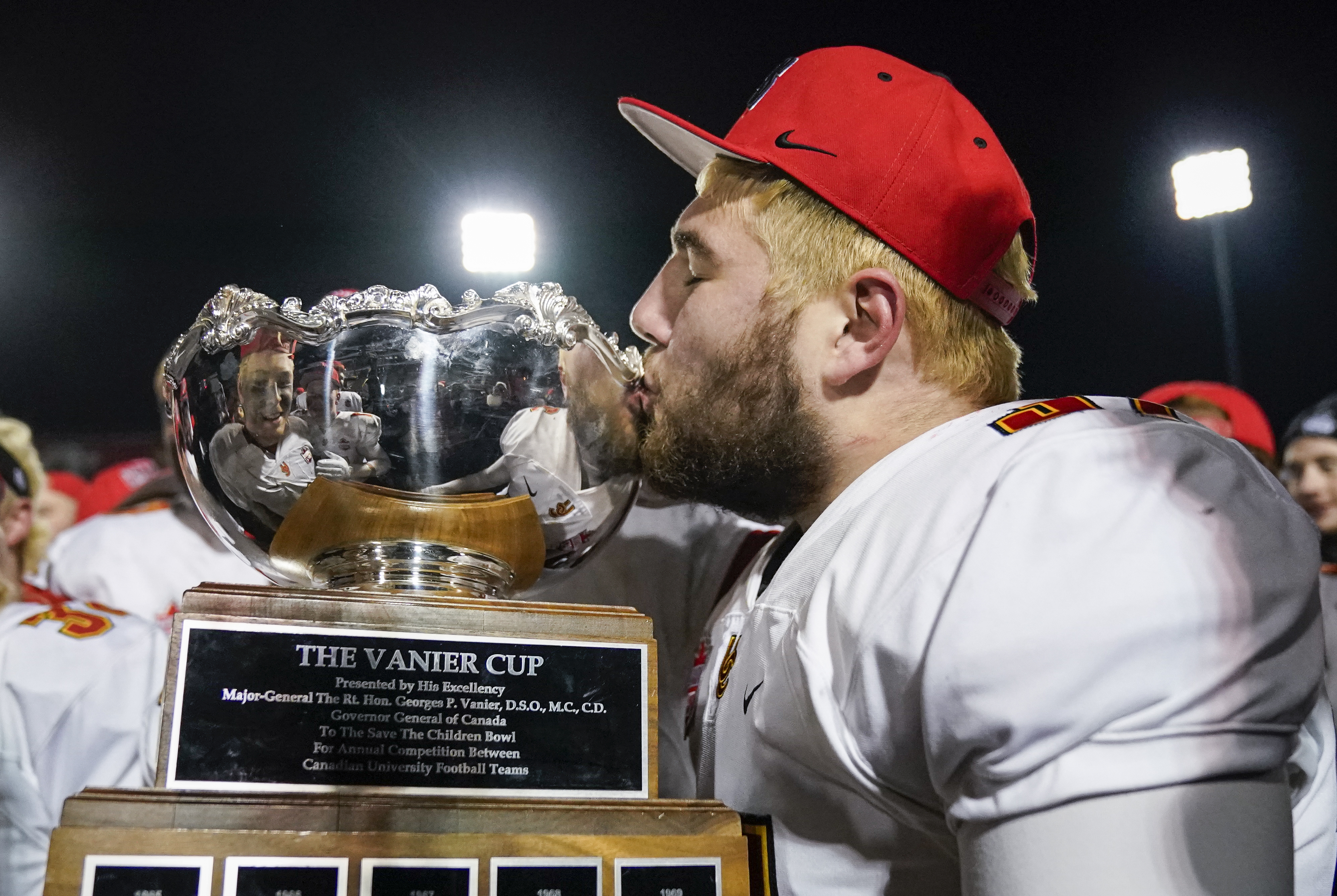 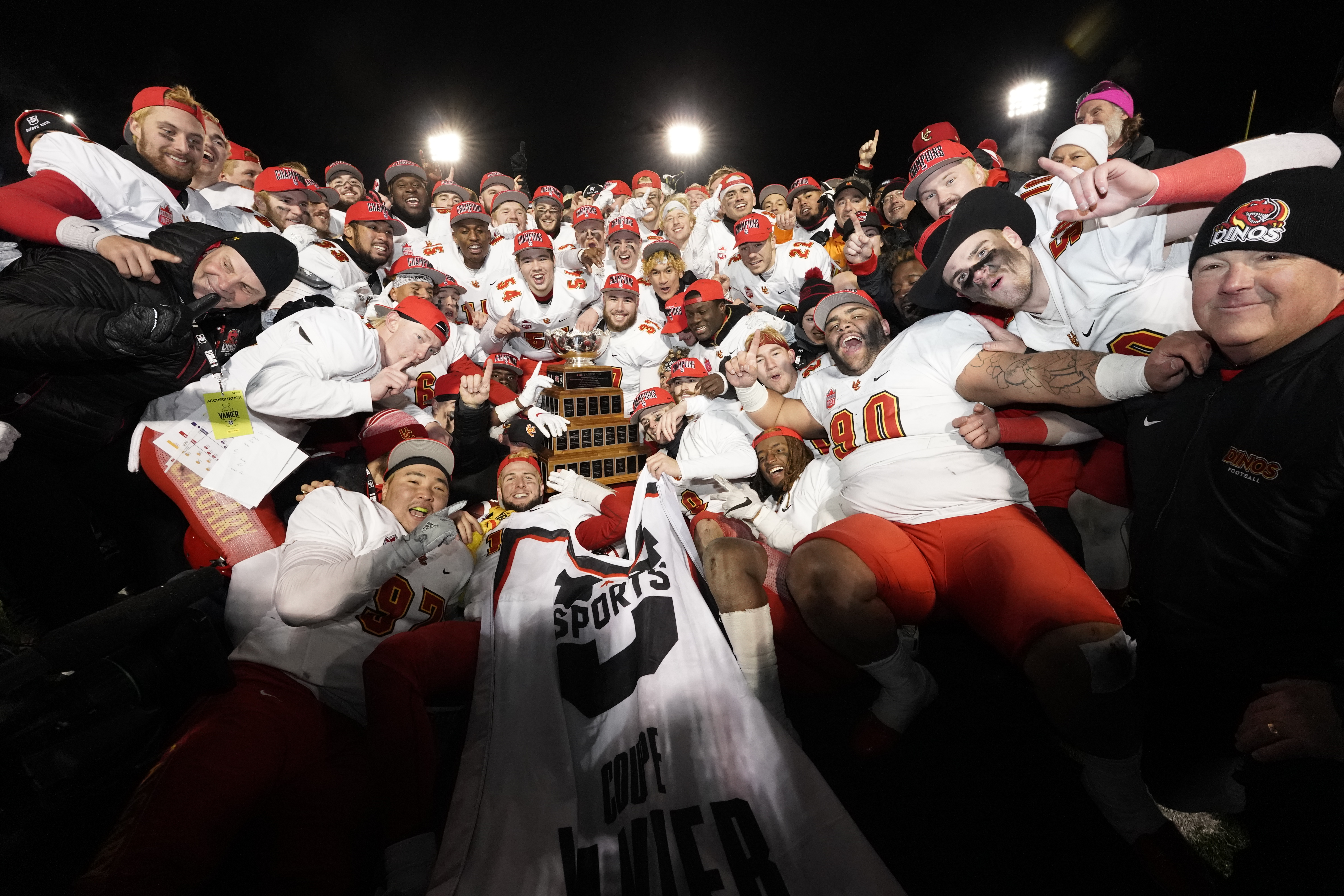 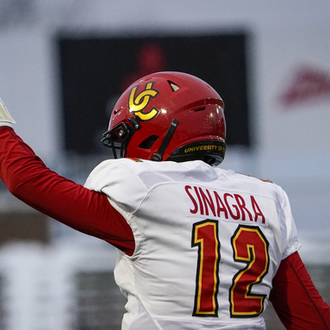 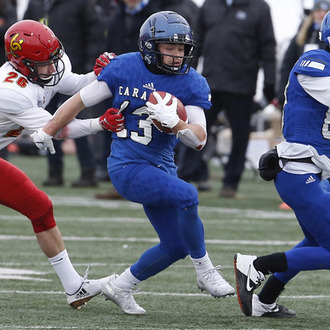 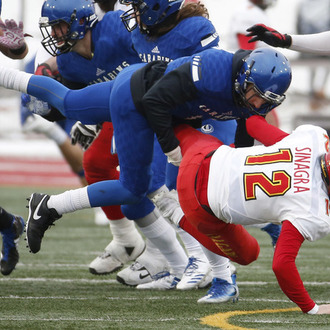 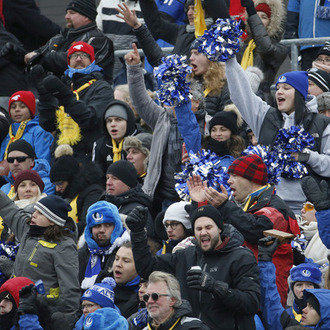 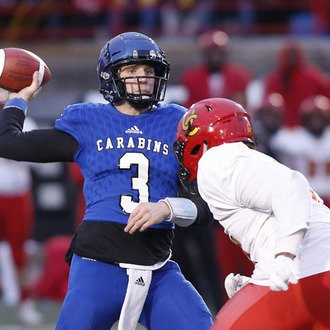 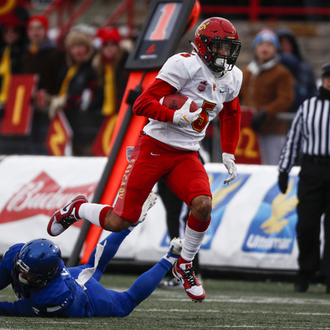 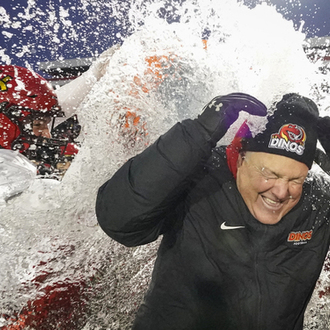 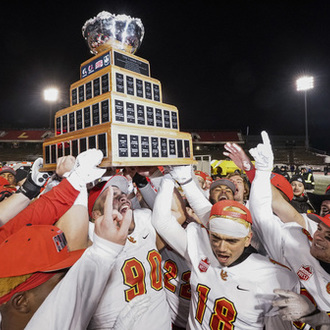 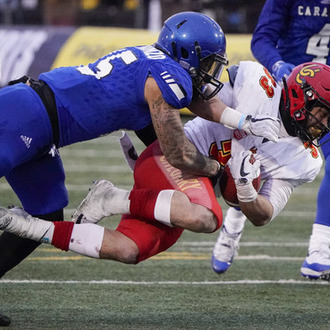 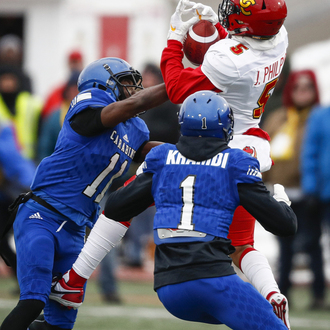 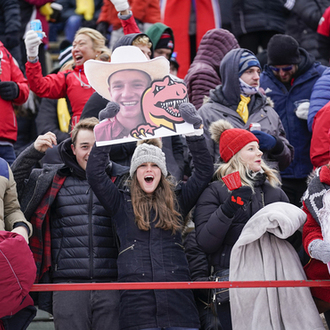 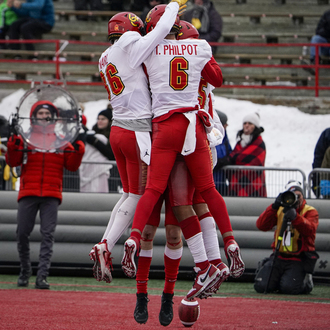 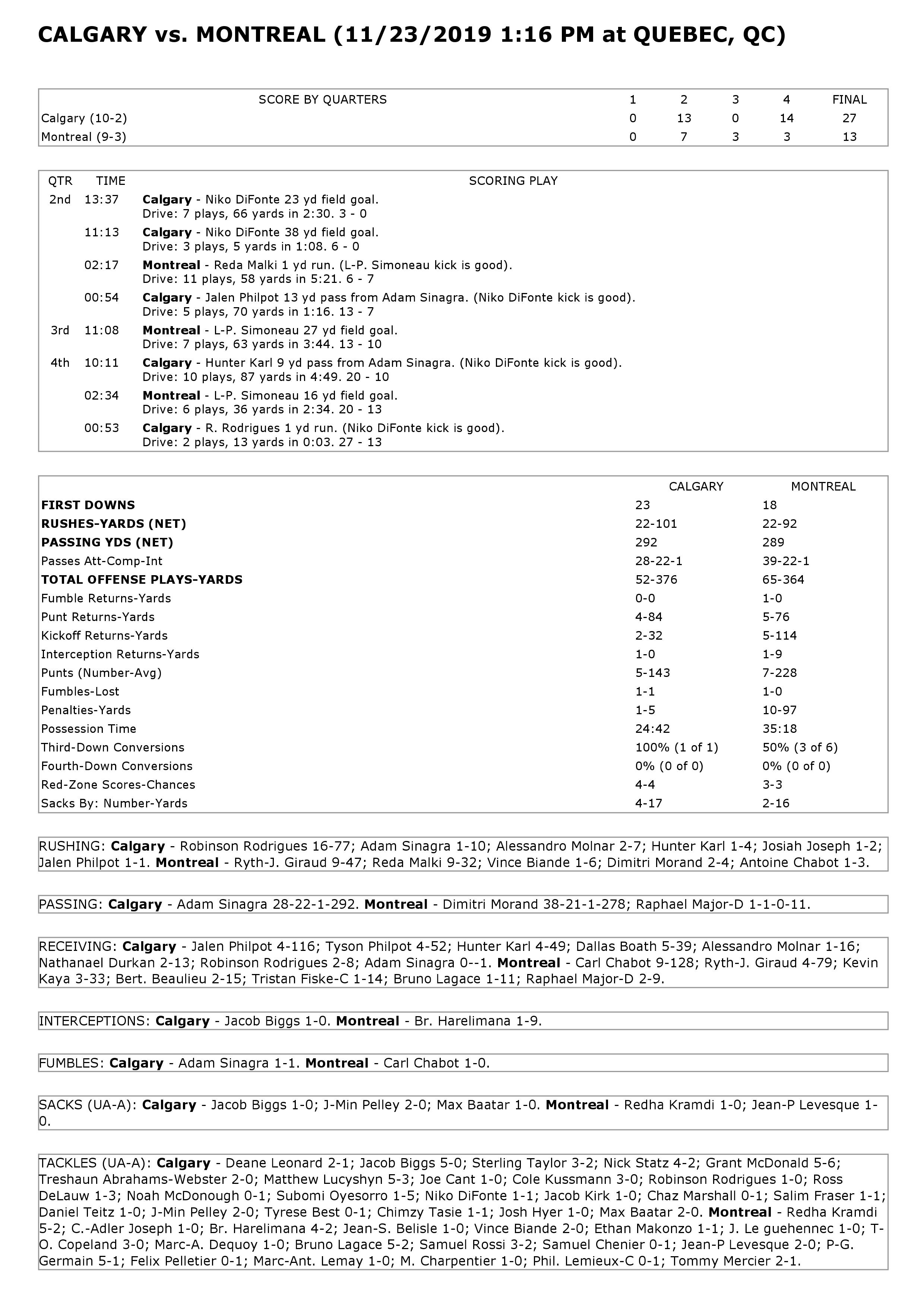 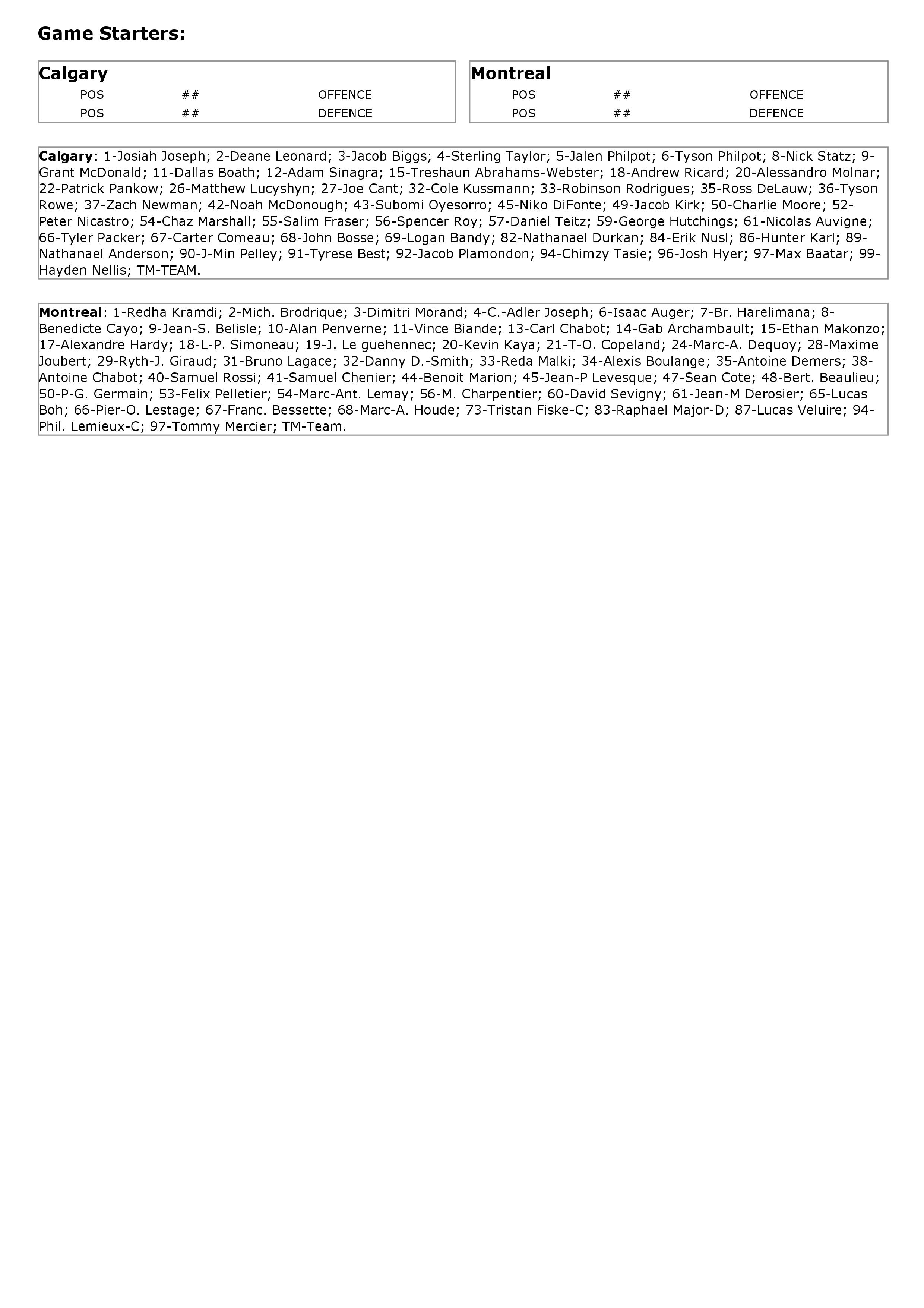 “For a small guy, I made it to university (football) and the pros – pretty impressive” -Gerry Sternberg